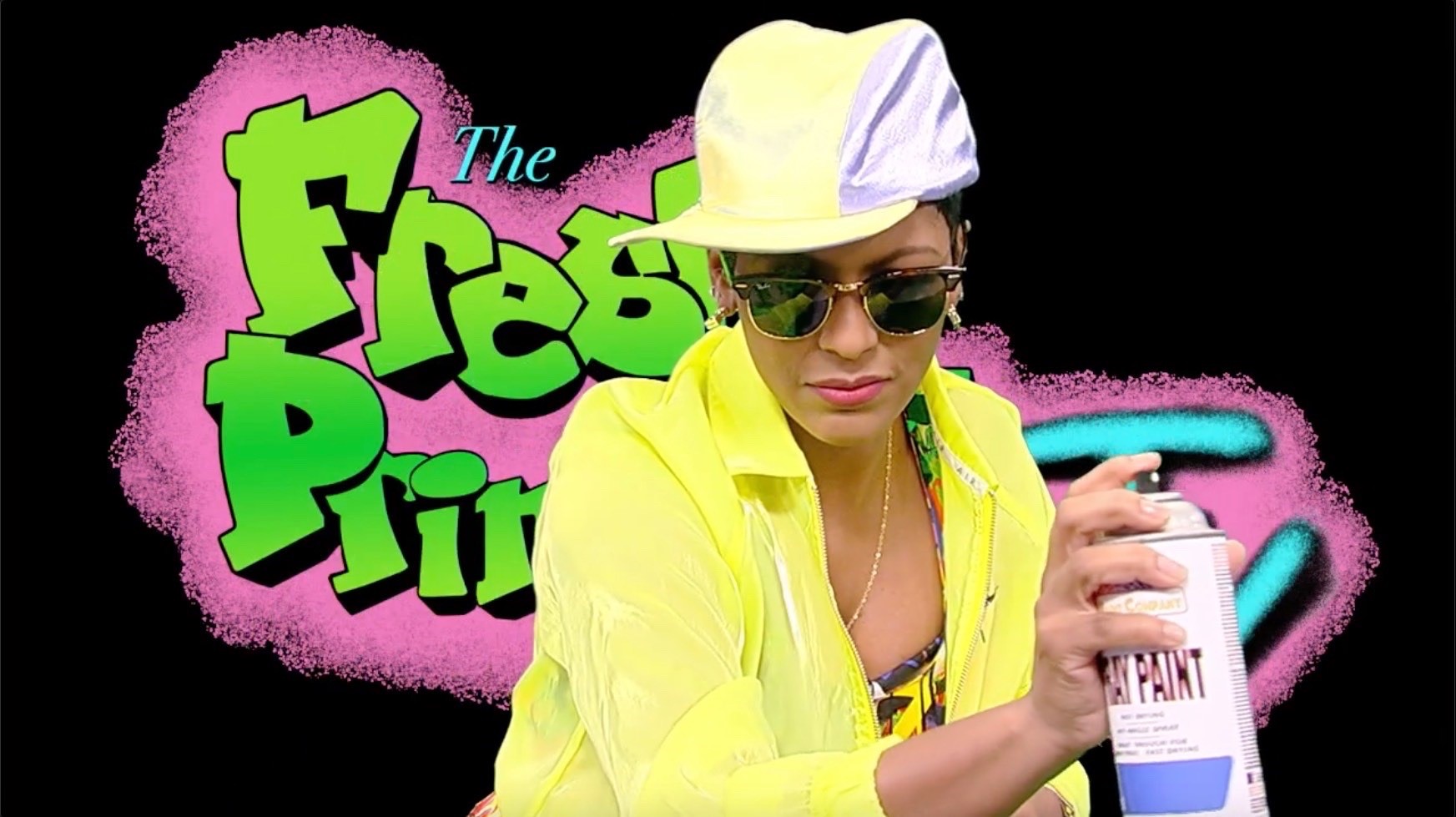 On the Tuesday, November 17 edition of “Tamron Hall,” Tamron kicked off “The Fresh Prince of Bel-Air” 30th anniversary celebration with a special themed intro, dressed in a Will Smith-inspired ensemble. Three of the stars of the beloved sitcom, Alfonso Ribeiro, DJ Jazzy Jeff and Karyn Parsons, joined Tamron to discuss the highly anticipated reunion special and to honor their legendary co-star, the late James Avery. 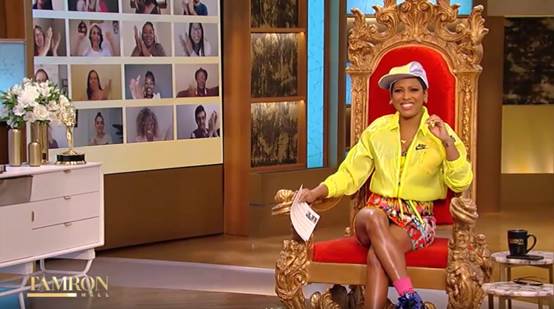 Ribeiro on choosing to join the cast of “The Fresh Prince of Bel-Air” over the opportunity to star in another series, “A Different World”:

“I kind of walked away from the business for a little bit and I when I came back I had an opportunity to do two shows and one was called ‘A Different World,’ which was the spin-off with Lisa Monet and Kadeem Hardison, and then I got the opportunity to do this pilot or presentation for a buddy of mine, Will, called ‘The Fresh Prince of Bel Air’ and I had to actually make a choice as to which one I wanted to do, because if I had chosen ‘A Different World’ it’d been a whole different story right?… I picked the role of Carlton because I had hung out with Will [Smith] and Jeff and we went to Disneyland and Endless Summer Jam. And so having spent time with them I felt there was some sort of magic there, there was something special about them and you know whether he could act or whether he could deliver being an actor, nobody knew. But I felt like wow, this is something that if it works out is going to blow up and be special. I had to make the choice, one was already on the air for several seasons, this was a presentation that wasn’t even maybe not even a real pilot, but something in my gut said that Will was going to be special.”

On why DJ Jazzy Jeff turned down the opportunity to star in “Fresh Prince” multiple times and how Will ultimately convinced him, he shared:

“I was actually terrified. I had no desire to do television. I remember when Will got the call to go out for the audition and he came back we were actually on tour and he came back and said, ‘you know, I got a TV show’ and my brain didn’t comprehend an actual TV show. I really thought that it was a friend with a video camera. And then he went and shot the pilot and I saw Alfonzo [Ribeiro] and I’m like, you got real people to do this show. Like this is a real show. And he was like, hey, they want you to do it and I was like, no, nope, no way that’s not me. He [Will] basically said, they want you to do three episodes, if you do one and you like it, you’ve got to look forward to and if you do one and you don’t like it, you only have two more to do. And six years later, you know, like I said, Will is very good at convincing me to do things.”

Ribeiro on having the “Fresh Prince” reunion without legendary actor James Avery:

“Obviously, I think, you know, for us, it’s always harder knowing that James is not with us. It’s harder getting together and missing his energy, his spirit, his love. He gave the best bear hugs you could ever imagine. And he was just a gentle, beautiful giant, and he was not just a giant in his stature he was a giant, in terms of all that he did. You know, for me sometimes doing something like this is about honoring him and knowing that he’s up there in actor Heaven, looking down and saying, Wow, I was loved. And he was loved by so many, not just on our set, but in the world.”

On how DJ Jazzy Jeff’s recurring bit of getting thrown out of the house became a staple for the series, Jeff shared:

“You know, I think the very first episode that I filmed, they wrote me getting kicked out of the house and they laughed. You know, people enjoyed it so much that the next time that we sat at the table, and I looked at the script, it called for me to get thrown out of the house again. And they did it a second time. And then they did it a third time. And it kind of became this thing that I was going to come in and I was going to say something that I shouldn’t have said, and I was going to get kicked out and it became a staple of the show.”

Parsons on her iconic role as Hilary Banks and her portrayal of a character that hadn’t been seen on TV before:

“You know, it’s funny that my perspective on her has changed so much over time, because when we were actually doing this show, you know, I really saw her as this kind of shallow, myopic, everything was myopic, it was just what I need, what I need now, I want that, I want to do this, you know, spoke the truth. I’ve come to appreciate her a lot more and I definitely appreciate the relationships and how we were able to see such diverse relationships on the show. And part of that was actually Hilary to see someone like that because I think people related to her. I mean, I had a lot of girls come up to me and say, ‘you know, I’m just like you,’ and I would say you shouldn’t tell anybody that. But, I think it was  you knew someone like that or you related to aspects of her or her whole whatever, but I think it was great to see that kind of character on the screen and obviously it was a lot of fun.”

One thought on “Tamron Hall Celebrates The 30th Anniversary of ‘The Fresh Prince Of Bel-Air’ with Alfonso Ribeiro, DJ Jazzy Jeff, Karyn Parsons”