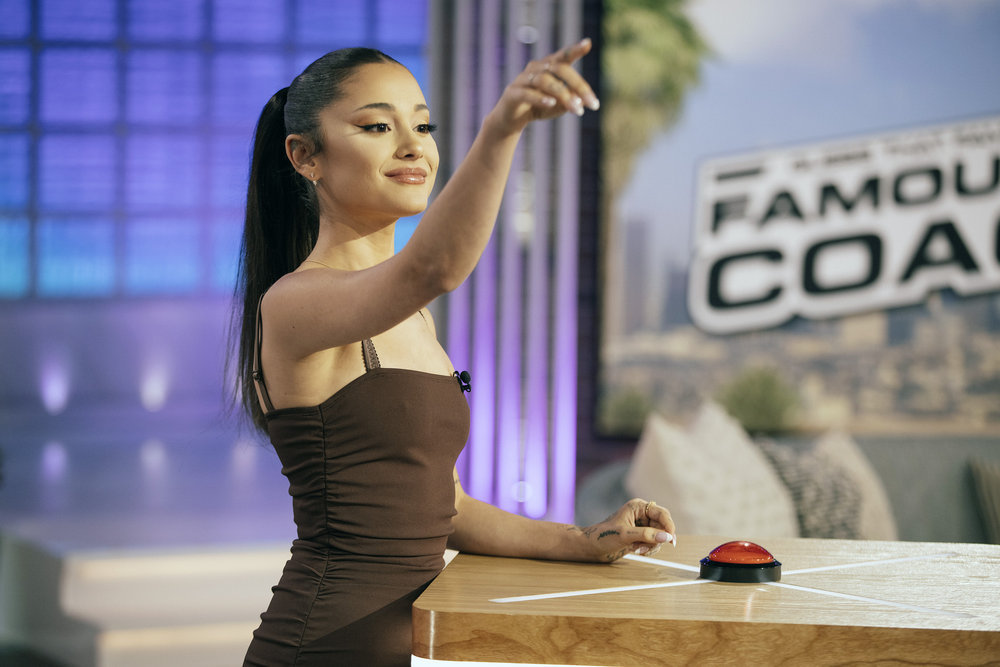 On September 20th, premiere week in Los Angeles, The Kelly Clarkson Show will return and it kicks off

with special guest, Ariana Grande! Both Kelly and Ariana are coaches on The Voice and that will also premiere on the September 20th too. So I guess it made perfect sense for the ladies to chat it up on Kelly’s show about the new season and more. Check out a few images inside and I’m loving Ariana’s brown bodycon dress and that signature ponytail lol! I have the details on what dress she was wearing for her in-house sit down interview inside…. 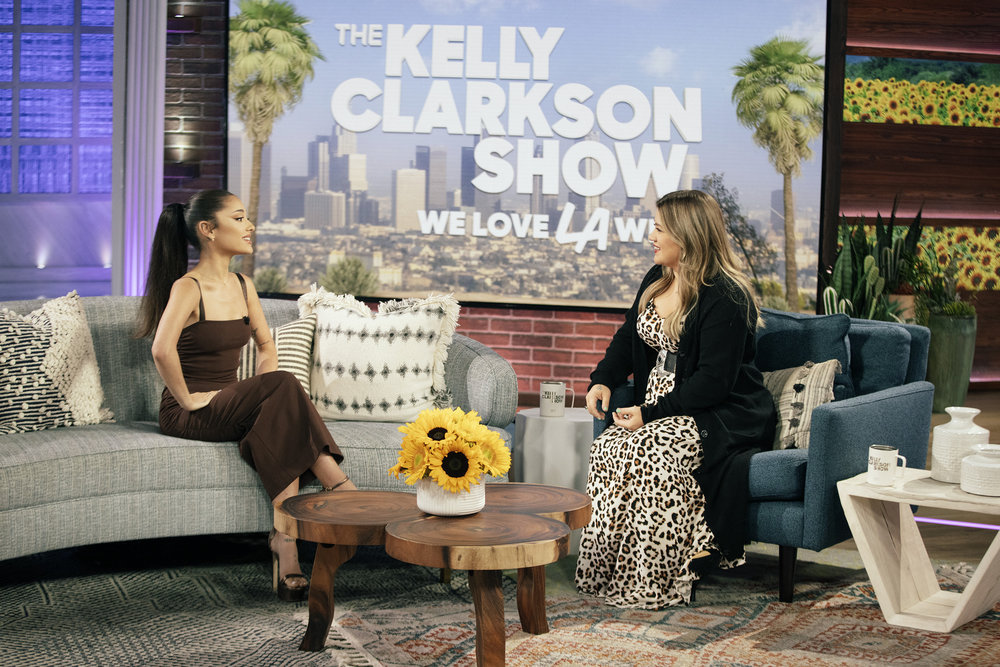 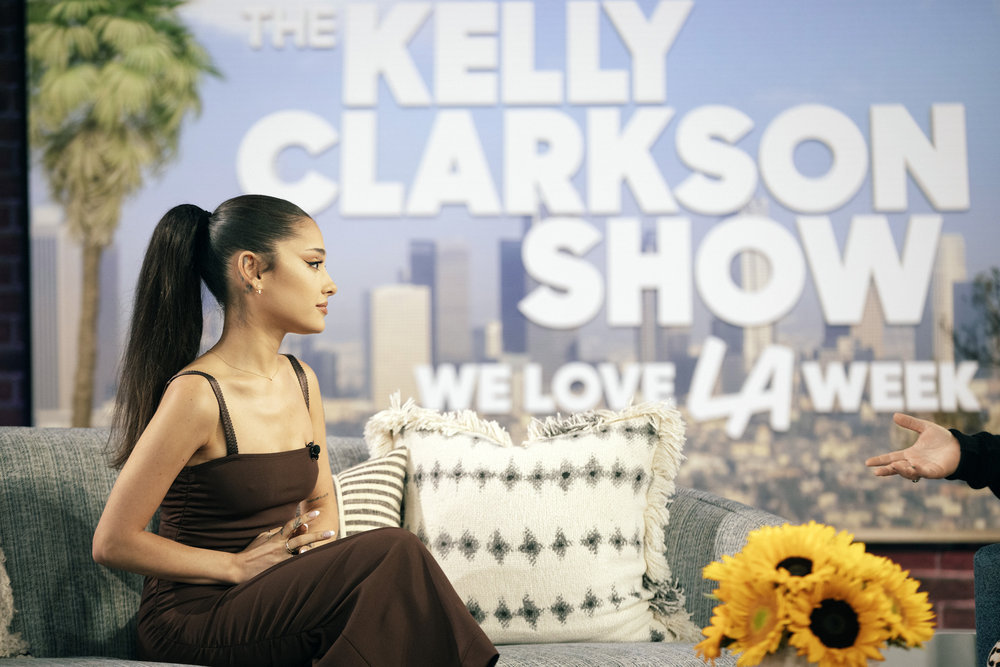 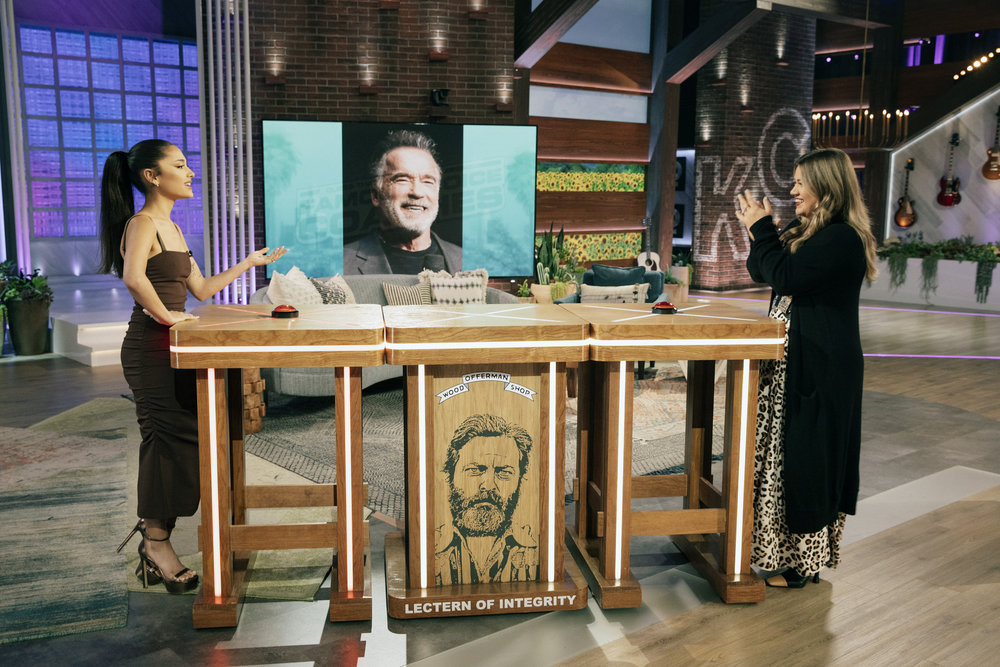