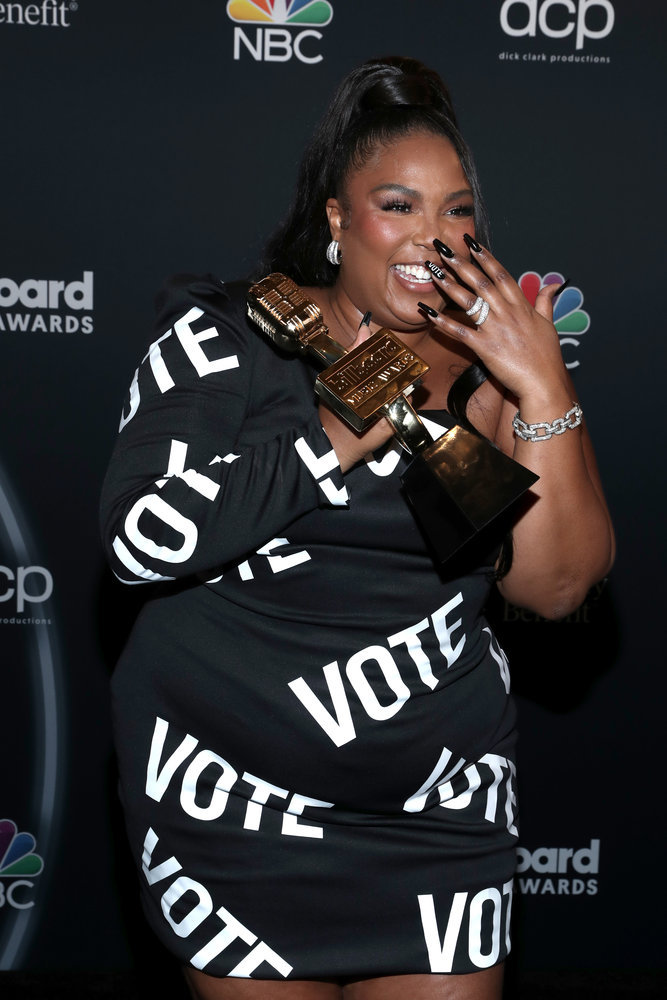 Don’t know if you got to tune into the Billboard Music Awards that took place last night, I was fast asleep but there was some big winners! Kelly Clarkson was the host and did a pretty good job from what I heard. There were NO audience though and that made it a bit awkward to watch because you heard no applause or cheers for fav artists. But congrats goes out to singer Lizzo, she accepted an award for “top song sales artist”. She wore a statement designer black one-sleeved mini-dress that encouraged viewers to vote.

She was quoted as saying…“I’ve been thinking a lot about suppression,” she said, noting that she probably would not be onstage accepting an award “if it weren’t for the big Black women who refused to have their voices be suppressed.”

“Whether it’s through music, protest or your right to vote, use your power. Use your voice and refuse to be suppressed,” she told fans. “When people try to suppress something, it’s normally because that thing holds power. They’re afraid of your power.”

I have the details on what Lizzo wore inside and more pictures, have a blessed day everyone! 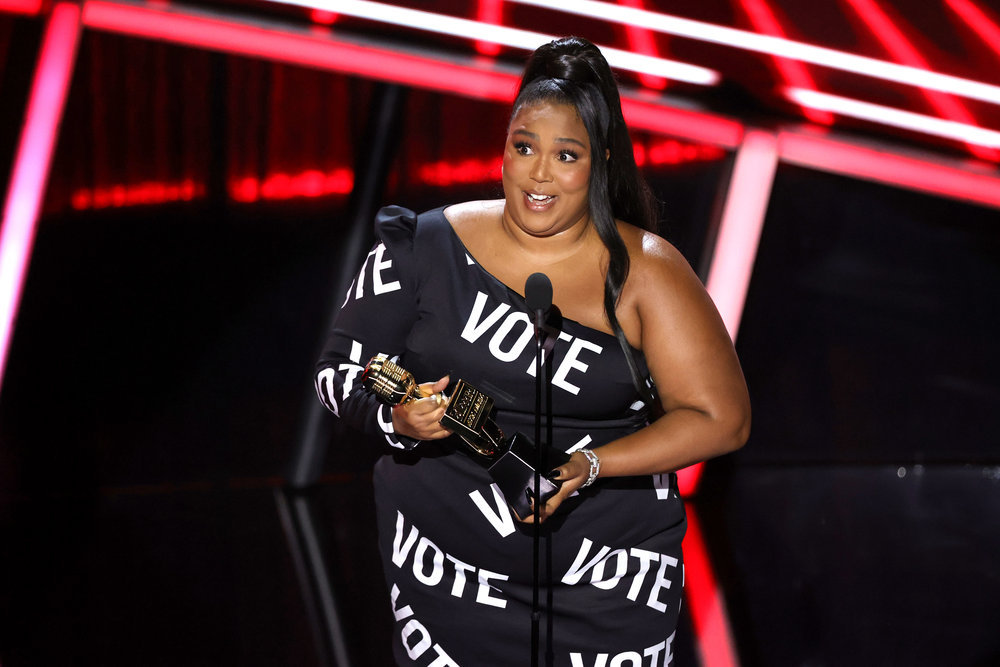 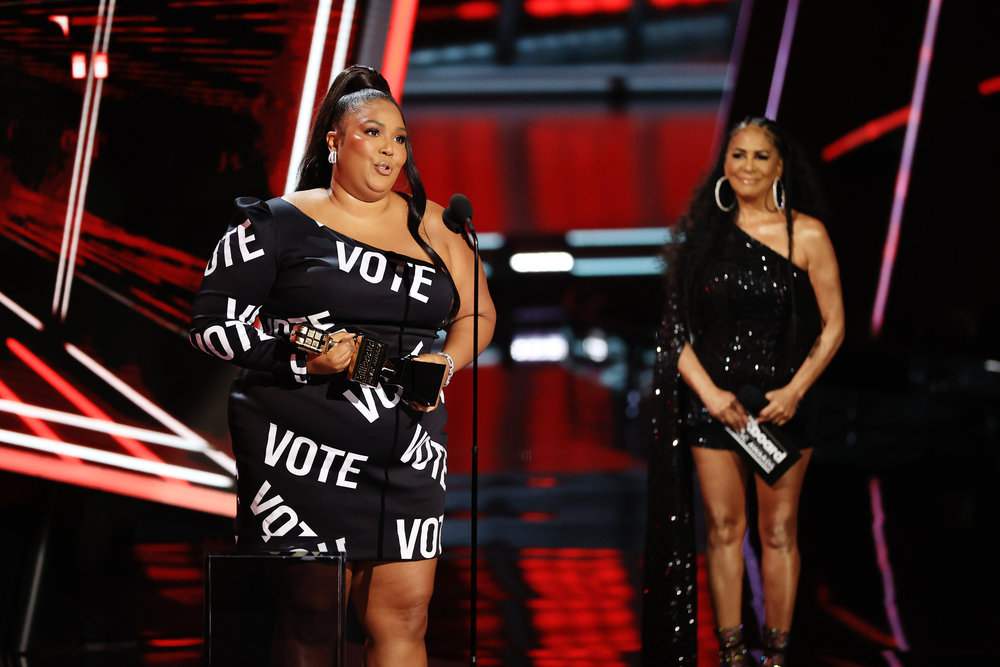 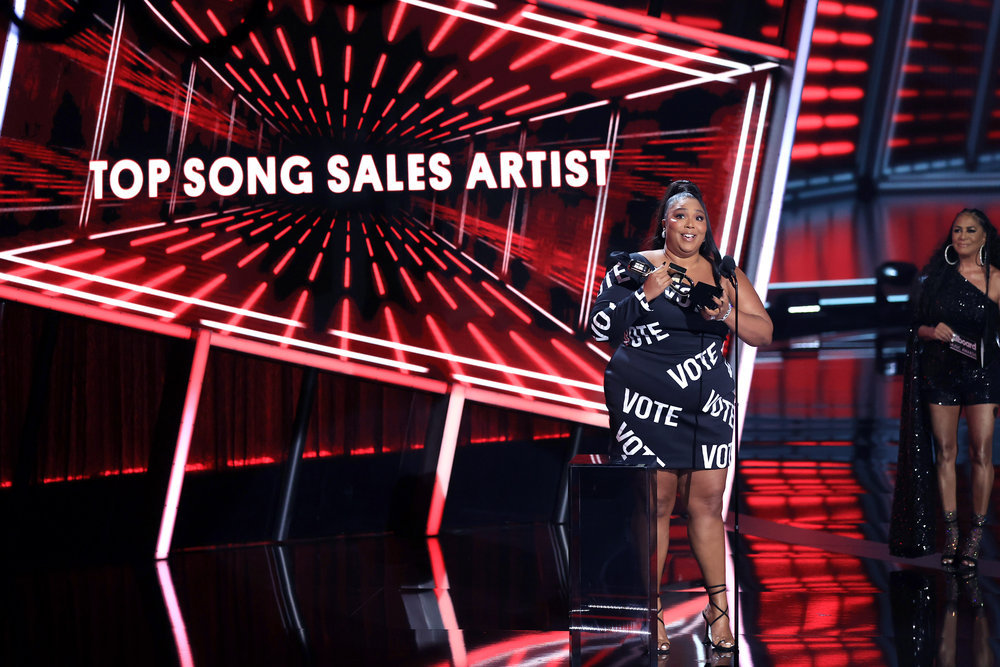 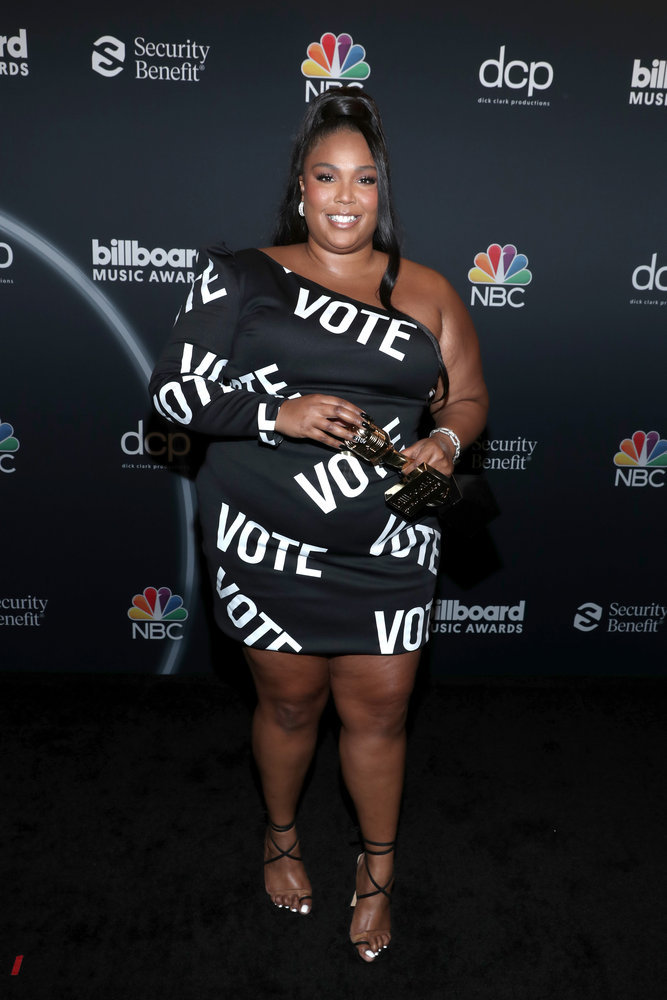