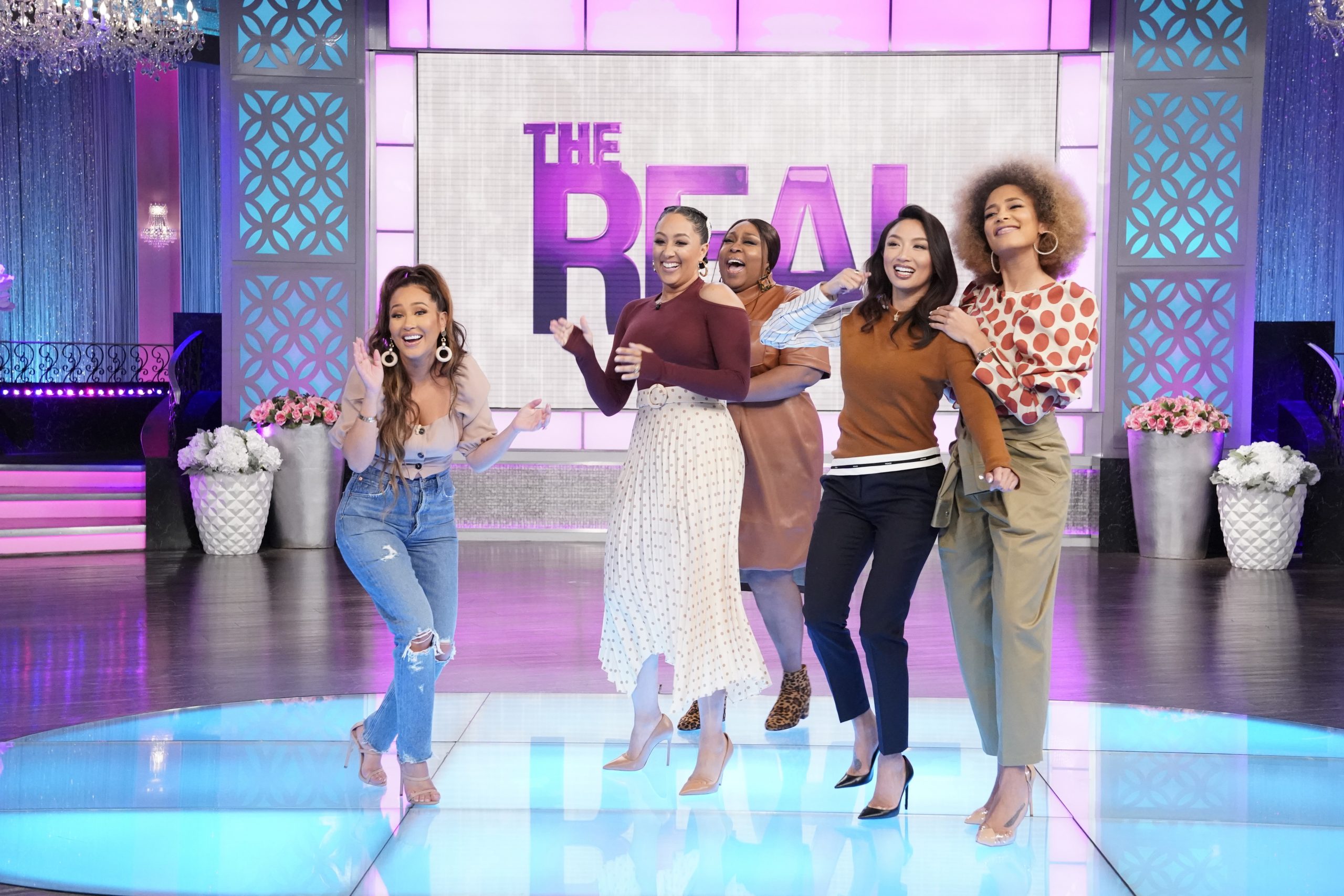 On Tuesday, March 3, on The Real, the hosts talk to Beatrice Dixon, founder of feminine care line The Honey Pot, about racial comments she received after she appeared with her products in a Black History Month Target ad. Beatrice explains that she welcomed the comments because it shed light on this issue and the topic of inclusivity.

And co-hosts Tamera Mowry-Housley and Loni Love decide that co-host Amanda Seales would make a great Bachelorette! They have a lot of questions about what Amanda would be looking for in a man, and Amanda shares her ideas!

Co-host Adrienne Houghton used to refer to herself as her stepchildren’s “lit mom” instead of “step mom,” but now she explains why she has stopped using the term and why she feels she doesn’t need to explain her family to outsiders.

Amanda reveals that she would be open to having children, and how it’s a new world out there for female comics.

And actress Julissa Bermudez stops by to talk about her new show Hunters, and Adrienne wants to know if their reality show prepared her for her character’s same-sex relationship! 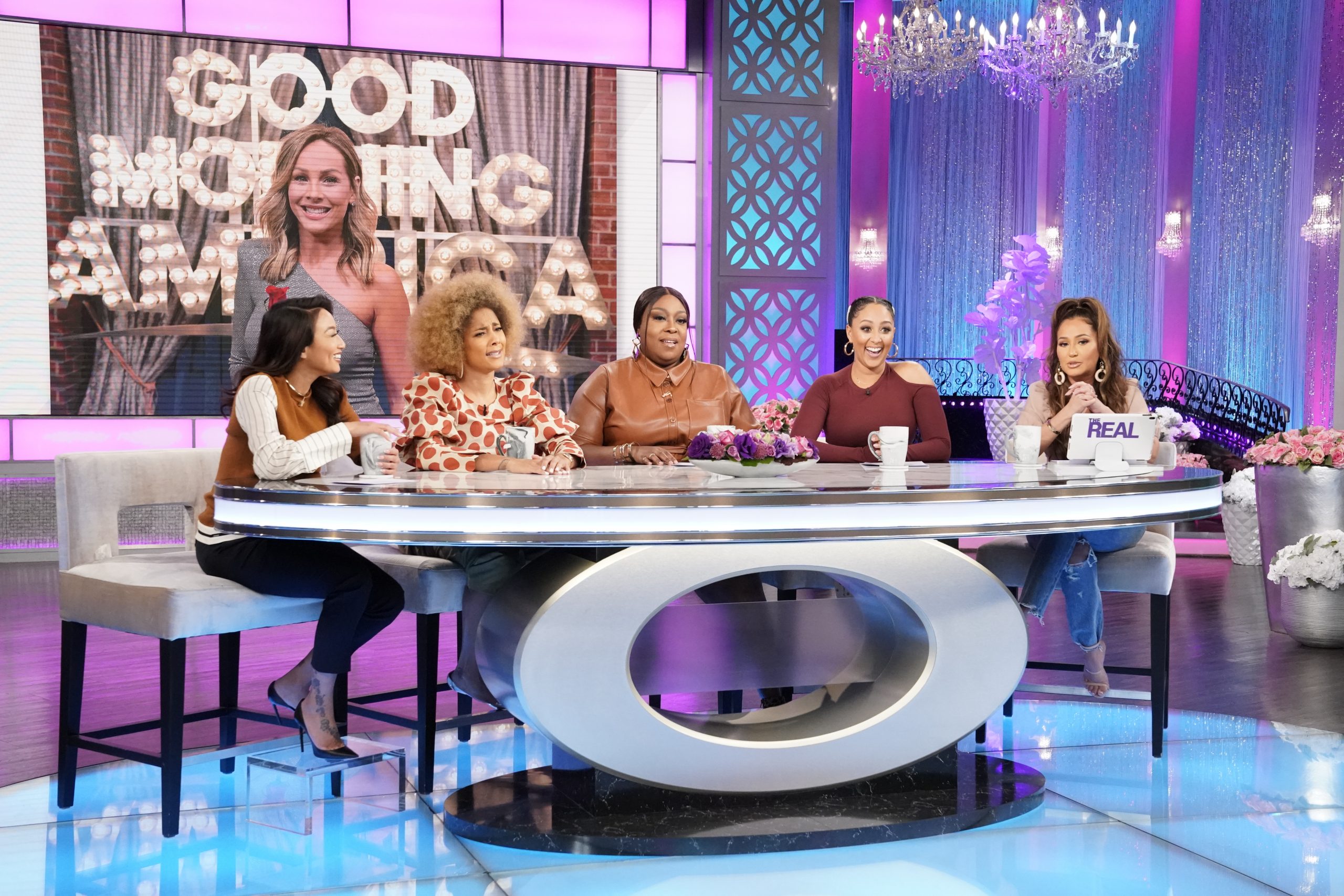 You Know Who Would Be Cool As The Bachelorette? Amanda!

Tamera Mowry-Housley: You know who’d be really cool as The Bachelorette?

Tamera: Would you ever do that? Her lower lip is…

Amanda: Did you see my lip?

Tamera: Yes, yes! Uggghh. Would you ever do that?

Adrienne Houghton: That is television I would watch.

Tamera: It would be… LIT!

Adrienne:  What kind of bachelors would you want?

Amanda: My first question would be “So what are you doing to fight white supremacy?”

Adrienne: I love that!

Jeannie Mai: I love it.

Adrienne: Where would your range go from –

Adrienne: If you were being casted for this, and they said, “Listen, this is what we’re looking at,” what is the age range of people you’d want casted?

Amanda: Tamera is so proud of herself for this question…

Amanda: I would say… I would say 37 and up, and I would say that the main things are you need to be established in your passion. Because at this point in my life, I’m established in my passion, and so whoever’s going to be a match for me has to not only respect that about me, but also really adhere to that in themselves.

Loni: So, what kind of race do you – will you have?

Amanda: I mean, I want to be with a black man, that is something I really –

Loni: Ok, can white guys be on the show?

Amanda: As long as they fighting white supremacy!

Jeannie: So, sometimes on the show, you’ll find that people end up getting physically attracted and they hook up. Would you ever hook up on the show if you if you felt it?

Tamera: Because they do that a lot on the show!

Amanda: There would be limitations to my hookupery.

Jeannie: What are the limitations?

Amanda: Like, we would never go all the way home.

Tamera: So you wouldn’t do a Fantasy Suite then?

Loni: But you would kiss and stuff?

Loni: All right! We got that! Thank you, Amanda!

Tamera: You can do that in Fantasy Suite, too!

Amanda: So… you know. But I think at the end of the day, at this age, and I’m sure that this Bachelorette – and I hope she’s in the same place too – you want to be with someone you admire. Before it was like, “I want you to be fine, I want you to have,” like all these other things, “Be funny!” At the end of the day, I really just want to be able to be like… “You’re something else!”

Amanda: We gotta thank you all so much… that was very uncomfortable.