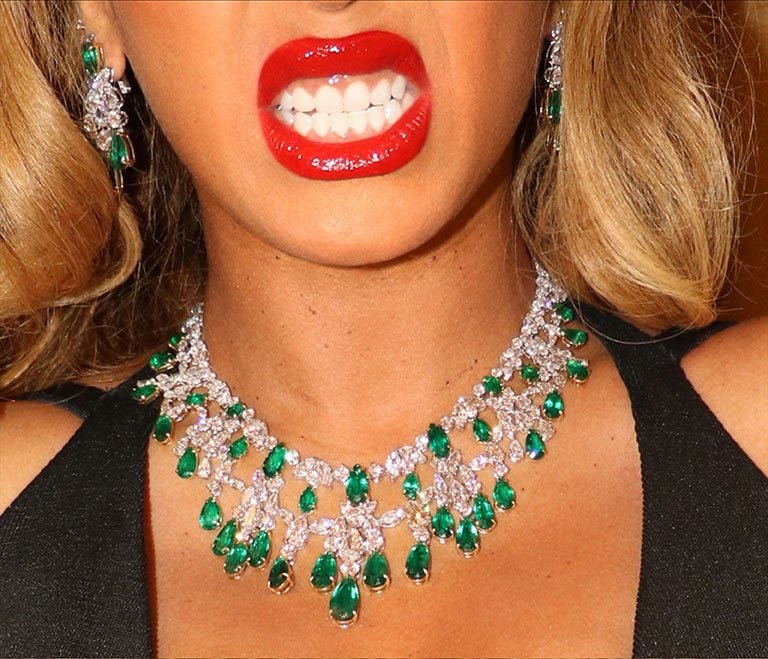 If you are an avid celeb watcher then you may have noticed that when engagement rings are announced, many of them seem to be of similar shape, if not style, today.

Perhaps not surprisingly, the average celebrity engagement ring is something worth reporting on. Some cost hundreds of thousands, while others are estimated to be worth millions of $s.

One report by Statista shows the average price for a diamond in 1960 was $2,700. In 2016 the average cost of a diamond had risen to around $30,000. Today, it is even more. For celebrities, these figures pale into insignificance for some.

Not all diamond shapes are the same price either, and the cut can also determine the need for higher clarity and color. The emerald cut is one such type, and it appears to be highly popular with the celebrities of today – and quite a few in the past.

What is an emerald-cut diamond?

There are about a dozen regularly seen shapes for diamonds to be cut into. The emerald is not the most popular, but it is gaining a lot of interest today.

The origins of the emerald cut can be sought back to the 1500s when the shape was developed for the aforementioned gemstone. Later it became popular for diamonds due to the clean symmetrical lines the design has. It was particularly desirable during the art deco era of the 1920s.

An emerald-cut diamond will usually have 57 facets, and would normally appear elongated. However, there are emerald cut diamonds that are world-famous that are actually square. You can read about one further down in this article.

Why are emerald cut diamonds popular?

The appeal during the art deco period is clear. The linear design that the emerald cut has would have appealed to anyone interested in the designs of that time. There is another reason why many people like emerald cut diamonds; the way they catch the light.

Due to the flat surfaces and straight cuts of the emerald shape, the diamonds don’t dazzle or sparkle as some others do. Instead, they catch the light and cause flashes of intense brightness. This can make them highly impressive in the right lighting conditions.

An emerald-cut diamond requires a high clarity level though. Due to the linear surfaces, a high level of clarity and color is needed to make the diamond clean and clear. For instance, a 5-carat emerald cut diamond ring would ideally have a clarity level of SI1 at a minimum.

This cut leaves what could be described as a window looking straight into the diamond. Therefore, if there are any flaws they will be far more noticeable than with some other cuts.

Who has been seen sporting emerald-cut diamond engagement rings?

It is no secret that many celebrities love jewelry as do many regular people. Gossip columns and fashion magazines also enjoy writing about celebrity engagement rings, or expensive pieces that have been spotted on the rich and famous.

A rundown of the most expensive jewelry worn by celebrities reveals that Lady Gaga once wore a diamond worth $30 million around her neck at the Oscars. This particular diamond was over 128-carats and was once worn by Audrey Hepburn.

One of the most celebrated emerald cut diamond rings ever was owned by Grace Kelly. This was a staggering 10.48-carat diamond that was given to her by Prince Rainier. The stuff of fairy tales.

Other celebrities from more modern times who have enjoyed owning this cut of diamond are Jennifer Lawrence, Beyonce, and JLo.

This award probably goes to Kim Kardashian. Lucky Kim got not one, but two engagement rings from Kanye West. The first was a 15-carat ring worth an estimated $2 million. Then some years later, he gifted her a near-flawless emerald cut diamond ring again.

The last ring is believed to be 20-carats and came with an $8 million price tag.

Not every celebrity has gone for the emerald cut though, and a quick wardrobe breakdown of Megan Fox reveals that she has a very unique double ring featuring more than one gemstone. Regardless of the emerald cut’s traditions and style, some celebrities prefer to show their non-conformity, and Megan Fox is definitely in this category.

No matter how big Kim Kardashian’s rings are, they aren’t record-breaking. Elizabeth Taylor once owned an emerald-cut engagement ring that she called her ice-skating rink because it was so large. That diamond fell just short of 30-carats, which is still no world-beater.

No matter how many diamond rings Elizabeth Taylor acquired, and she had a lot, she never got close to the world’s biggest-ever emerald-cut gemstone.

According to PR Newswire, the largest ever emerald cut diamond is the Graff Lesedi La Rona which comes in at 302.37 carats. Most people see the emerald cut as an elongated diamond, but this particular specimen was shaped to be square.

It does, however, have some other impressive aspects about it than just its weight. The stone that was found in Botswana, like many other famous diamonds, can boast two very impressive records. The GIA found the gemstone to have the highest clarity and the highest color of any diamond they have graded.

Graff, the famous British jeweler who shaped the diamond still owns the piece so it is unlikely to be seen on Kim Kardashian’s finger anytime soon.

It would be unfair to simply say that celebrities like bling and big flashy items, but the emerald-cut does offer something of this nature. However, aside from providing flashes of bright light, this cut of a diamond is also very elegant and clean.

It is a cut that has been used for hundreds of years on gemstones and seems to never go out of favor. Certainly, right now, many celebrities are choosing the emerald cut over the more popularized round diamond cuts.