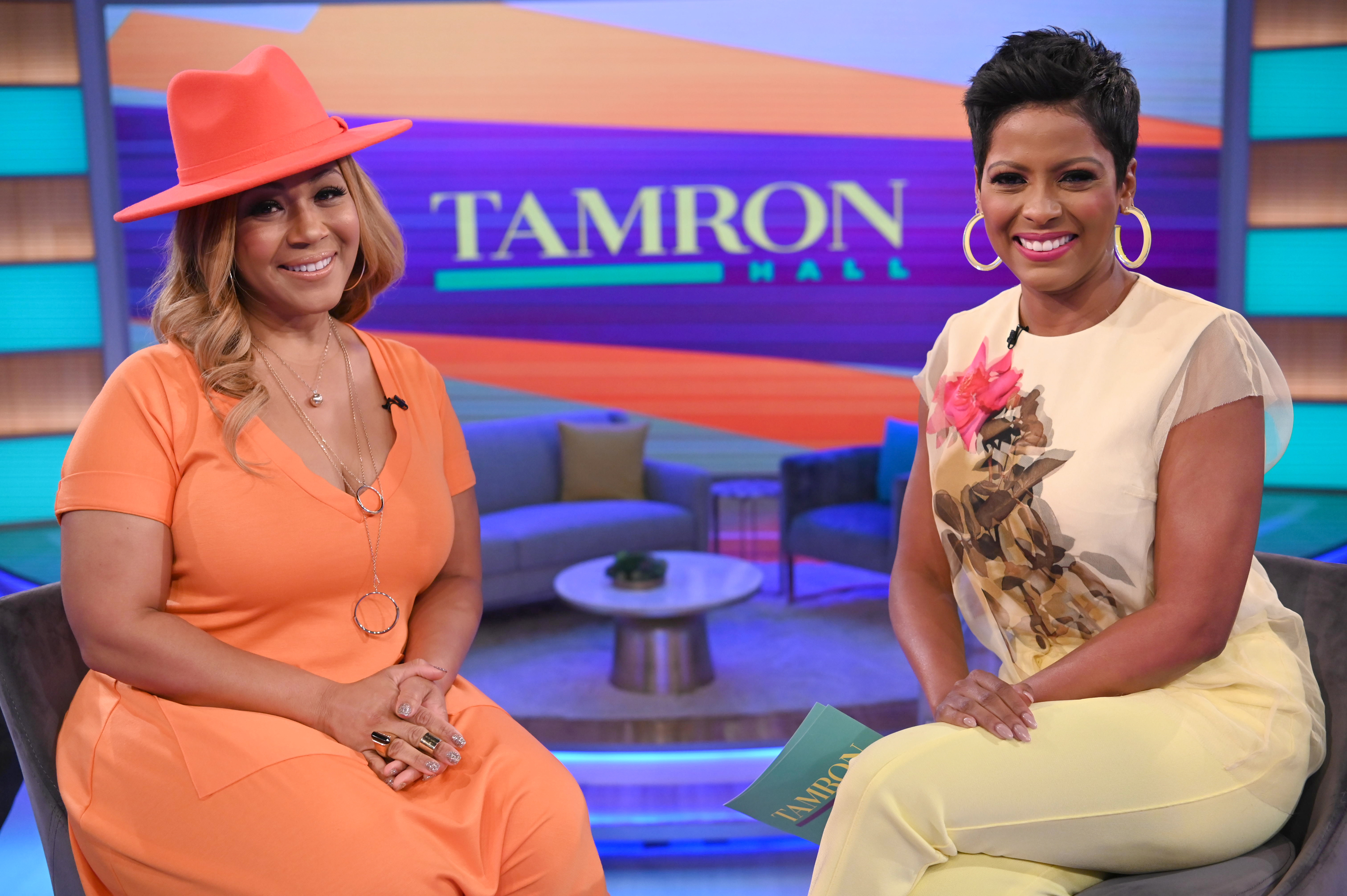 On the Tuesday, October 1st edition of “Tamron Hall,” Tamron began the show with a discussion about Kanye West’s shift to gospel music with insight from Rolling Stone and Billboard contributor Joe Levy, followed by a conversation with Social Media Strategist Kris Ruby about both the costs and benefits of being able to track the number of ‘Likes’ on Facebook and Instagram.

Later in the show, Tamron, who rocked pink shoes in honor of Breast Cancer Awareness month, welcomed Steven Salazar and Heather Salazar, CEO of Pink Ribbon Girls, who adopted the child of a woman dying of breast cancer. Heather, who was later diagnosed with breast cancer herself and is now celebrating almost 15 years of being cancer-free, shared why her adopted daughter’s biological mother chose to put her child up for adoption, saying “[She] wanted her to have a life that [she] didn’t get to have.” The couple’s adopted daughter Lexi then joined her adoptive parents revealing how she keeps her biological mother’s memory alive, saying: “I play soccer and my jersey number is 24, ‘cause she died at age 24.” At the end of the interview, Tamron surprised the Salazar family (Dayton, OH) with a $2400 donation to Heather’s Pink Ribbon Girls, an organization that provides free direct services including healthy meals, housecleaning, rides to treatment and peer support for those with breast and gynecological cancers.

Grammy Award-winning gospel singer Erica Campbell (Mary Mary) then joined Tamron to chat about her new book, More Than Pretty, and her reality show “We’re the Campbells.” Erica opened up about her transition from Mary Mary to becoming a solo artist and her daughter’s struggle with her weight and her overall self-image. Erica then spoke about her husband’s infidelity and their journey to reconciliation, sharing: “I asked myself ‘is he a mistake or did he make a mistake?’ And I believe he’s a good man that made a mistake.”