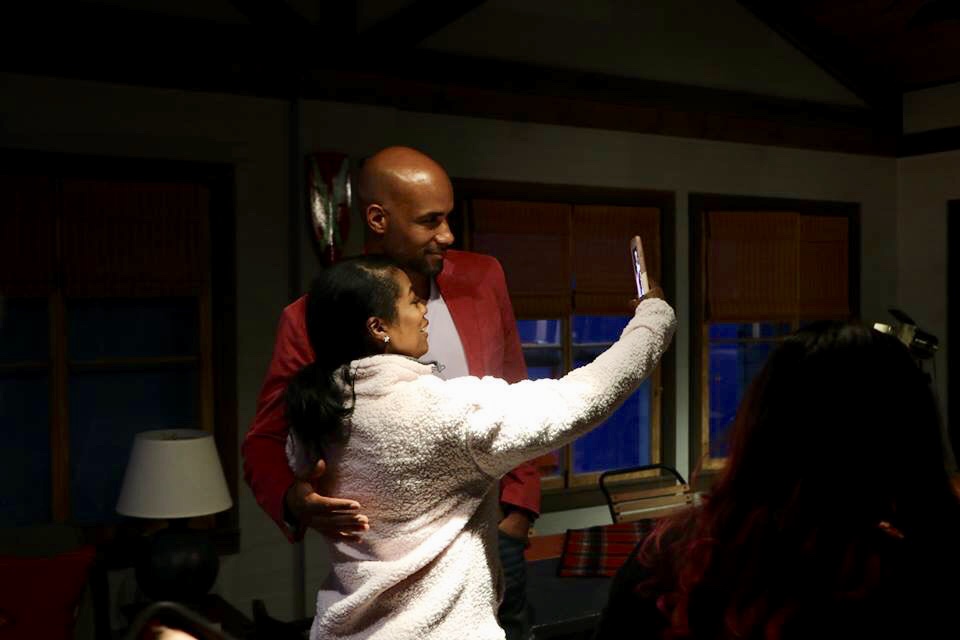 I had such a cool time on set of a new spin-off show from Grey’s Anatomy while out in Los Angeles. I was on set of ABC’s Station 19 and a few actors from the show were also there to show us around and let us ask several questions. Show Runner and Executive Producer Stacy McKee was also in the house! She’s a seasoned writer from Grey’s, so yeah it was quite interesting to chat with her as well. Come inside to see what they had to say plus a few snaps from the set! Have a great day everyone! 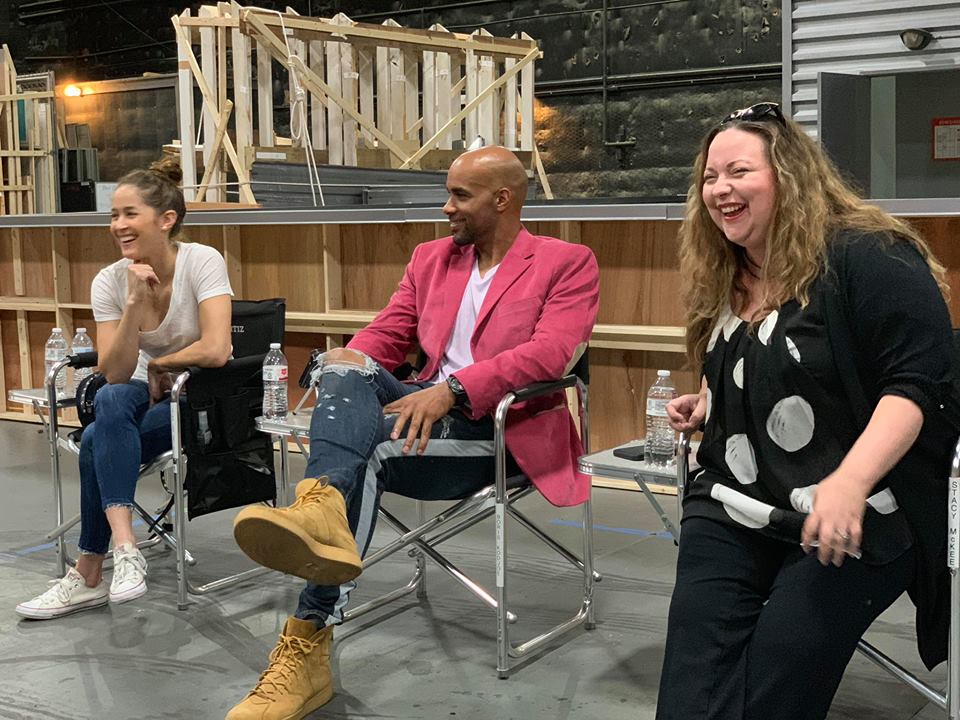 How did this show come to reality?

Stacy: It was a natural sort of extension of the Grey’s universe because it still involves medicine and in the background of all the Grey’s episodes, you see all of the first responders scootching into the breezeway, dropping off patients and then you know, really quickly we dispense with them and get them out of the scene so we could focus on the surgeon.

But what about if we got back in the ambulance and drove away with them and then started to see what their life was like? What if there was a fire station, 3 blocks down from this hospital that we’ve been seeing for 13 years and they have a whole life that’s been going on this whole time too. What if we just shine a light over there so that was really sort of the beginning gestation of the idea and it’s just also just something really appealing to me. You know Grey’s makes you laugh, it makes you cry, it makes you feel things and it was really appealing to me to show those same types of emotions, and the same type of humor but to do it in a world of first responders.

Tell us about you taking the fireman test?

I mean before the show even started talking to her, I signed onto the show the second I heard Shonda Rhimes is doing a spin-off, I said yes, I don’t care what it is, just put me in. Luckily, I found out it was about firefighters, I went and met 2 female captains and I was like Oh my gosh, these ladies are bad-ass and they could do everything. They could be moms and work and still have a life and balance. And so just, it’s been I can’t even, it’s been a dream, Pinch me!

How did you land on this show in Season 2?

Well, I wanted to be a part of the show from the first episode as well. And unfortunately, that didn’t happen. So I had to wait patiently in the wings until it was possible and yeah, Code Black was canceled on a Friday and I think I met with Stacy on a Monday and it was pretty much done Monday night. I was ready to pounce. No absolutely, first of all, Shondaland is a universe that I wanted to be a part of ever since Shonda appeared on the horizon. And for some reason, it never worked out so that was a huge draw for me as well. And then meeting Stacy and Betsy just did the trick.

I love how great the writers are and to sort of put myself in the hands of someone like Stacy is an absolute pleasure and honor really, because you know that every single episode and I had that experience once before but this really tops it, where you don’t think it can get any better and then you open a script and then the script is better than the script that you read before, and that’s always an amazing surprise and it’s so much fun to go to work because not only do you get to speak these words but also work with people like Jaina and people who have been so embracing of me.

And this is such a great atmosphere and to Stacy that speaks to what you bring to this universe because it starts at the top and then it sort of trickles down all the way to everybody else and I’ve been part of sets where it wasn’t the case where there was a lot of negativity and people just not happy to be there and this is just a pleasure to be a part of, every single day. 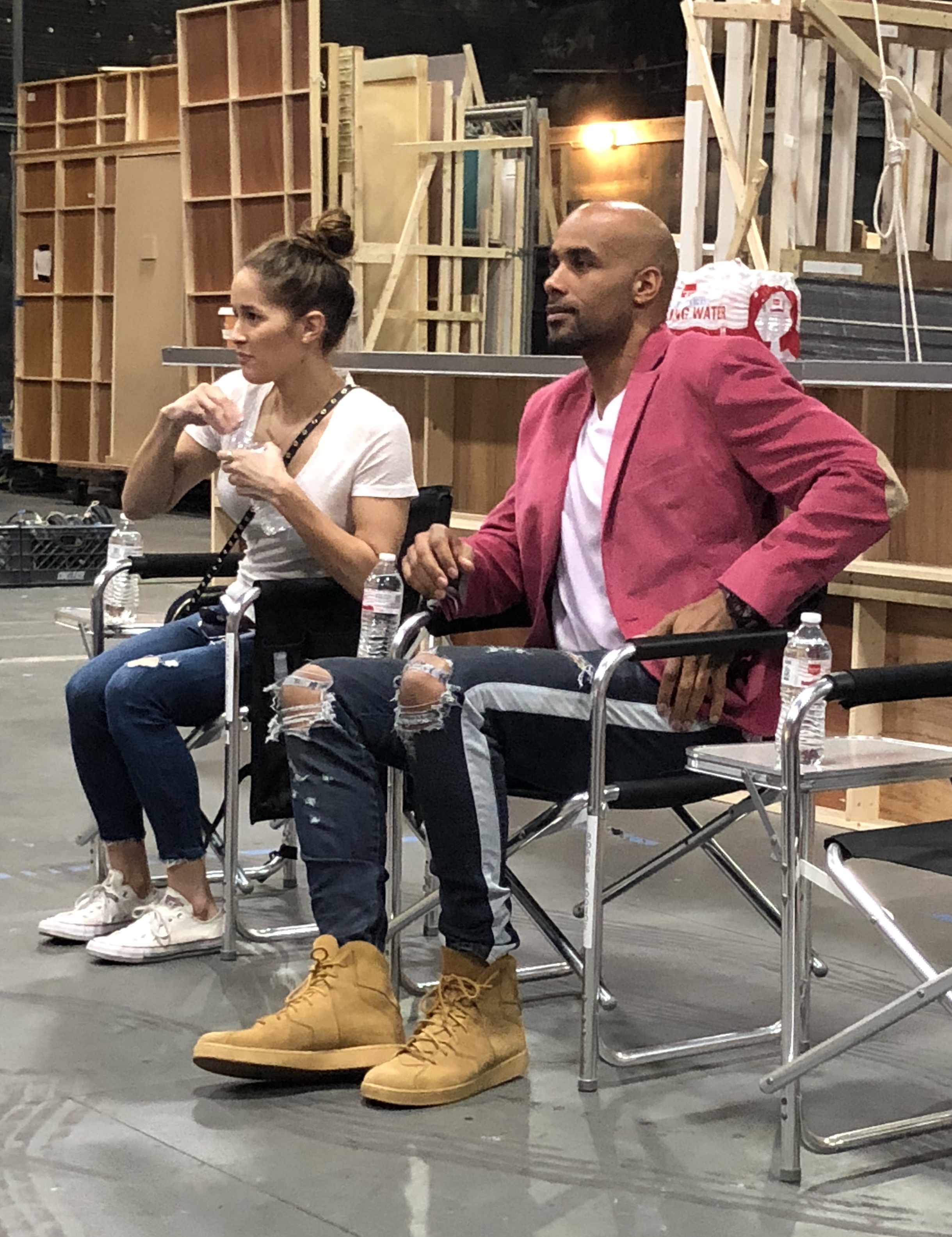 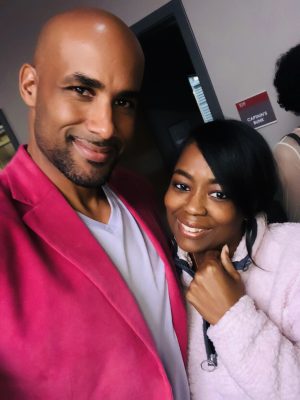 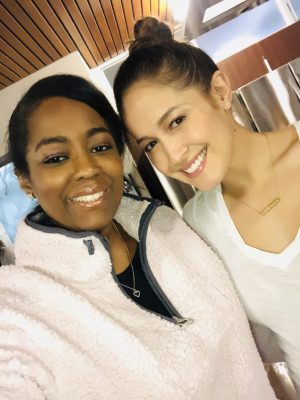 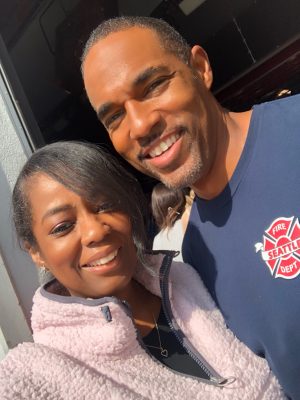 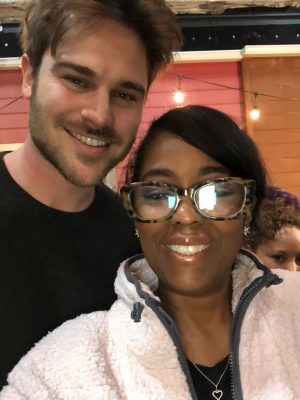 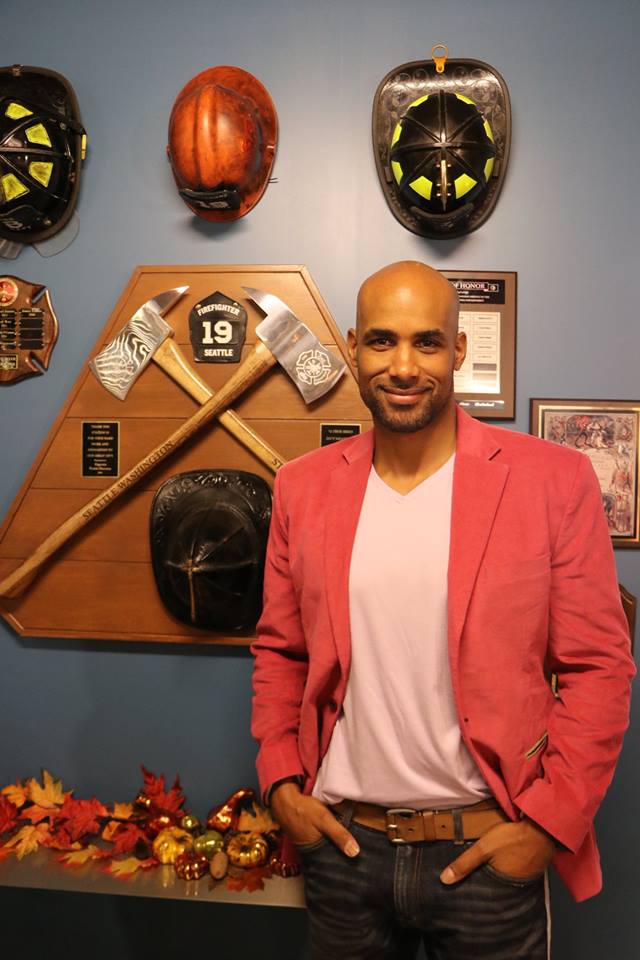 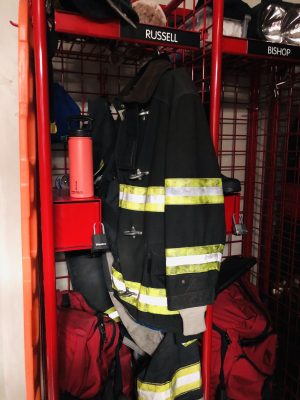 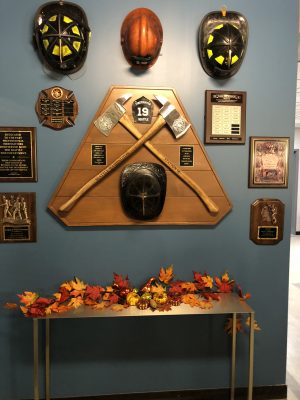 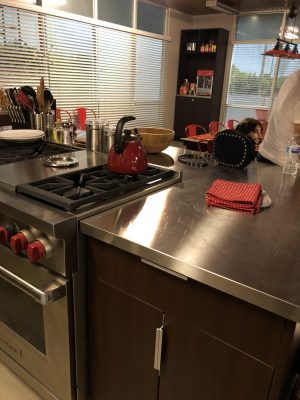 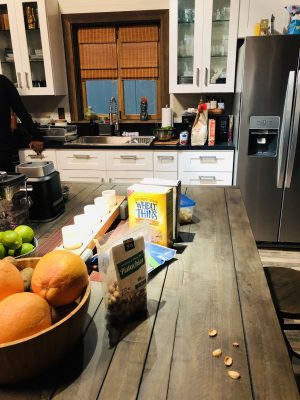 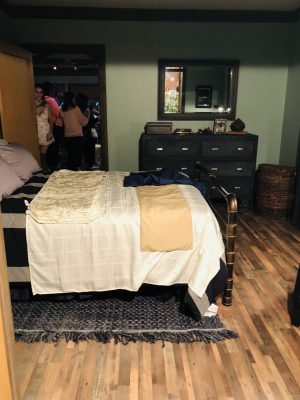 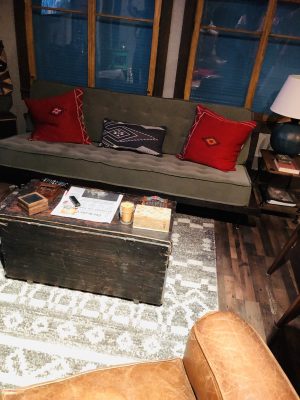 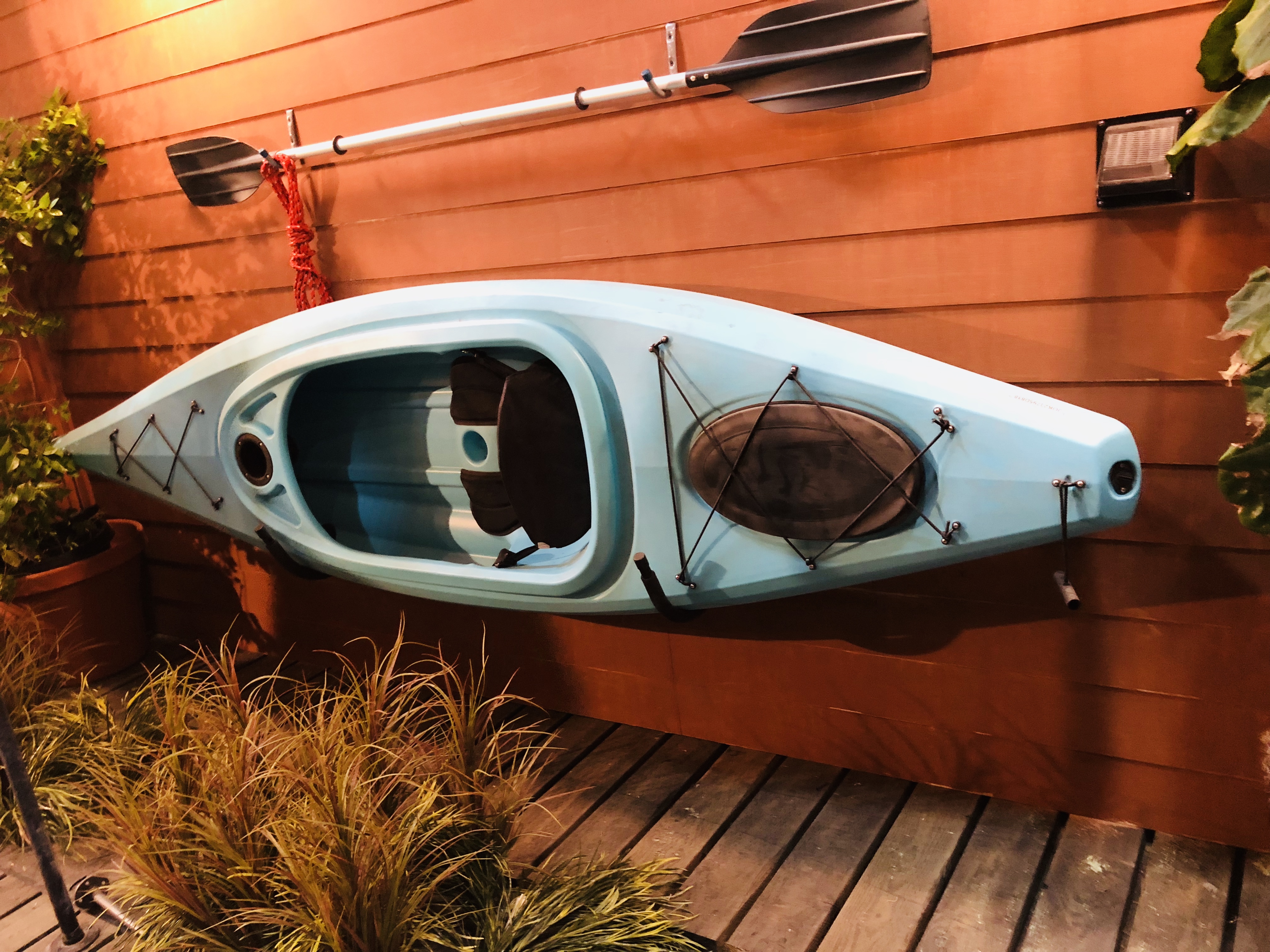 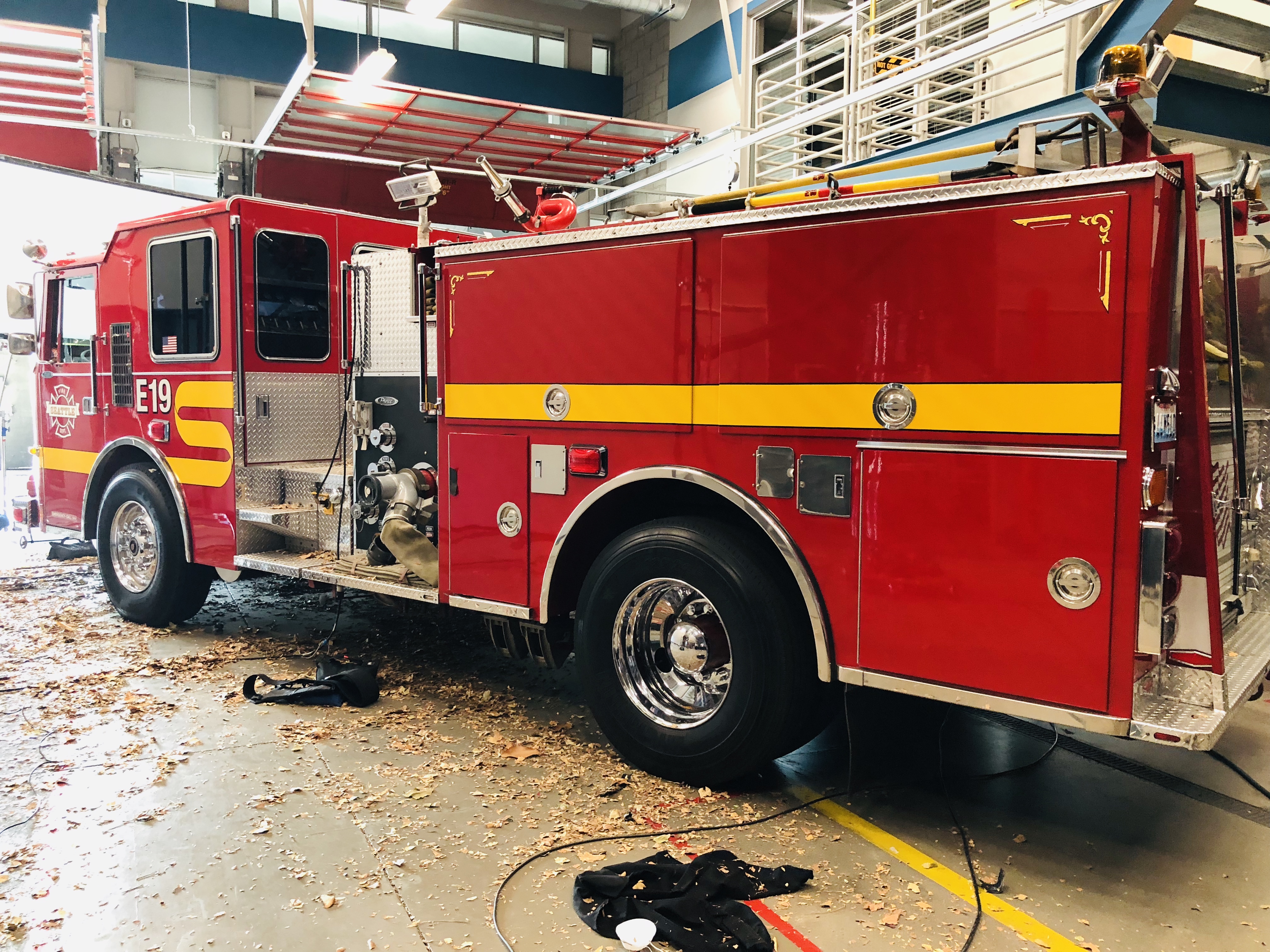 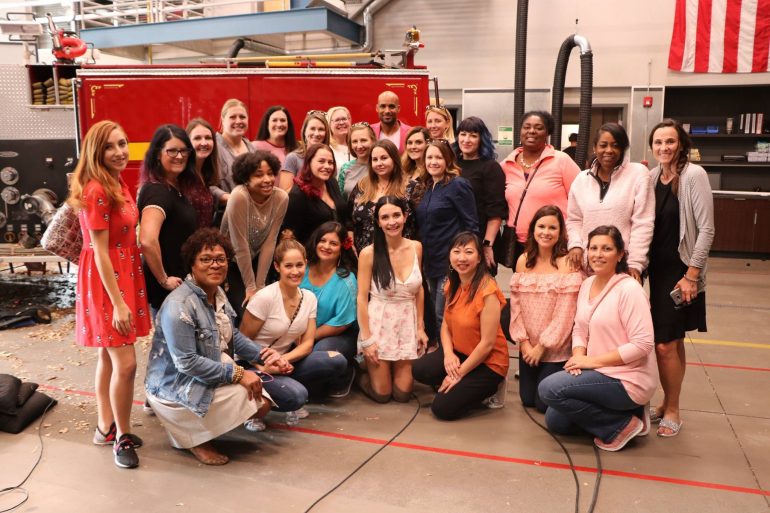 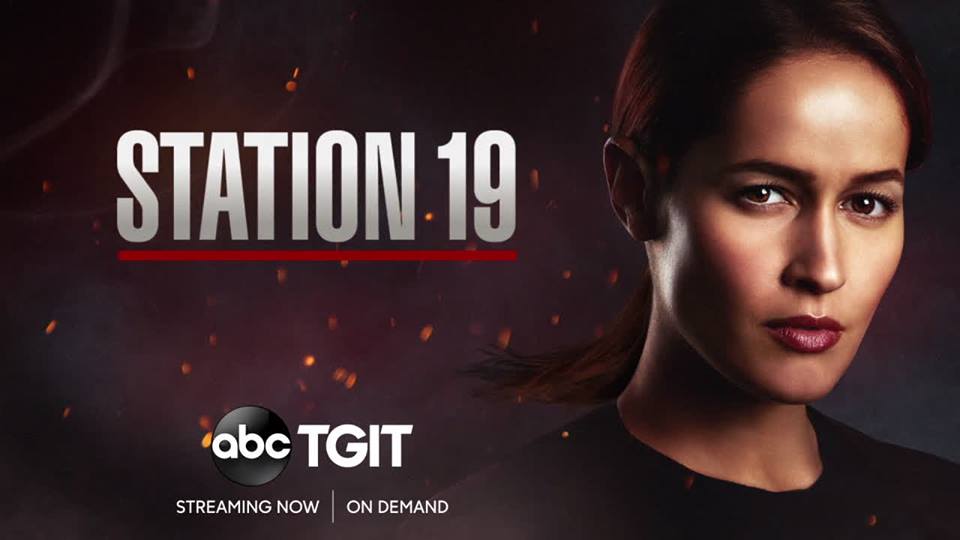 Practically raised at Seattle’s Station 19, Andy Herrera is a confident firefighter who is also the daughter of Pruitt Herrera, the formidable head of the firehouse. Capt. Pruitt was Andy’s primary inspiration to become a firefighter and is a mentor to both her and Jack Gibson, the lieutenant at the station. Jack is as fearless as Andy is by-the-books, but when the two are together, sparks fly and opposites attract. The two are joined by Maya Bishop, Dean Miller, Travis Montgomery, Victoria Hughes, and the station’s newest addition, rookie Ben Warren. The team also works closely with Seattle PD, often running into Andy’s former flame Ryan Tanner.

“Station 19” airs Thursdays at 9|8c on ABC, and is also available via streaming (ABC app/ABC.com/Hulu) and on demand.

Pics by me and Coralie Hughes Seright/ABC