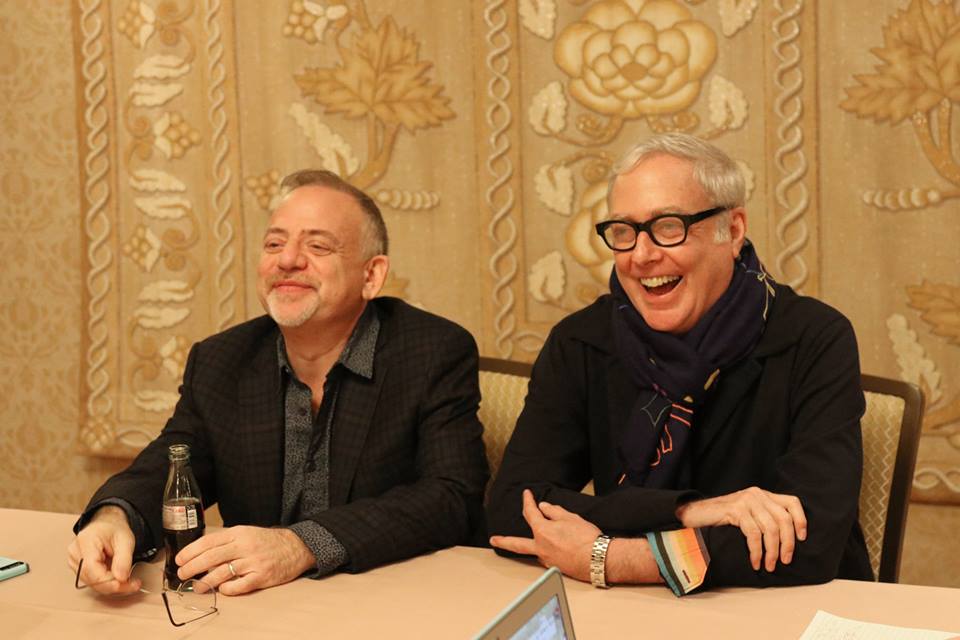 I love a good jingle or humming along to a cute song. While out in Los Angeles we got a chance to talk to MARY POPPINS RETURNS Composers Marc Shaiman & Scott Wittman! When I tell yah they were so much fun and kept me laughing wow! They are very creative and told us how it was to come up with songs for the film and so much more! Check out what they had to say inside and don’t forget Mary Poppins Returns is in theaters today! 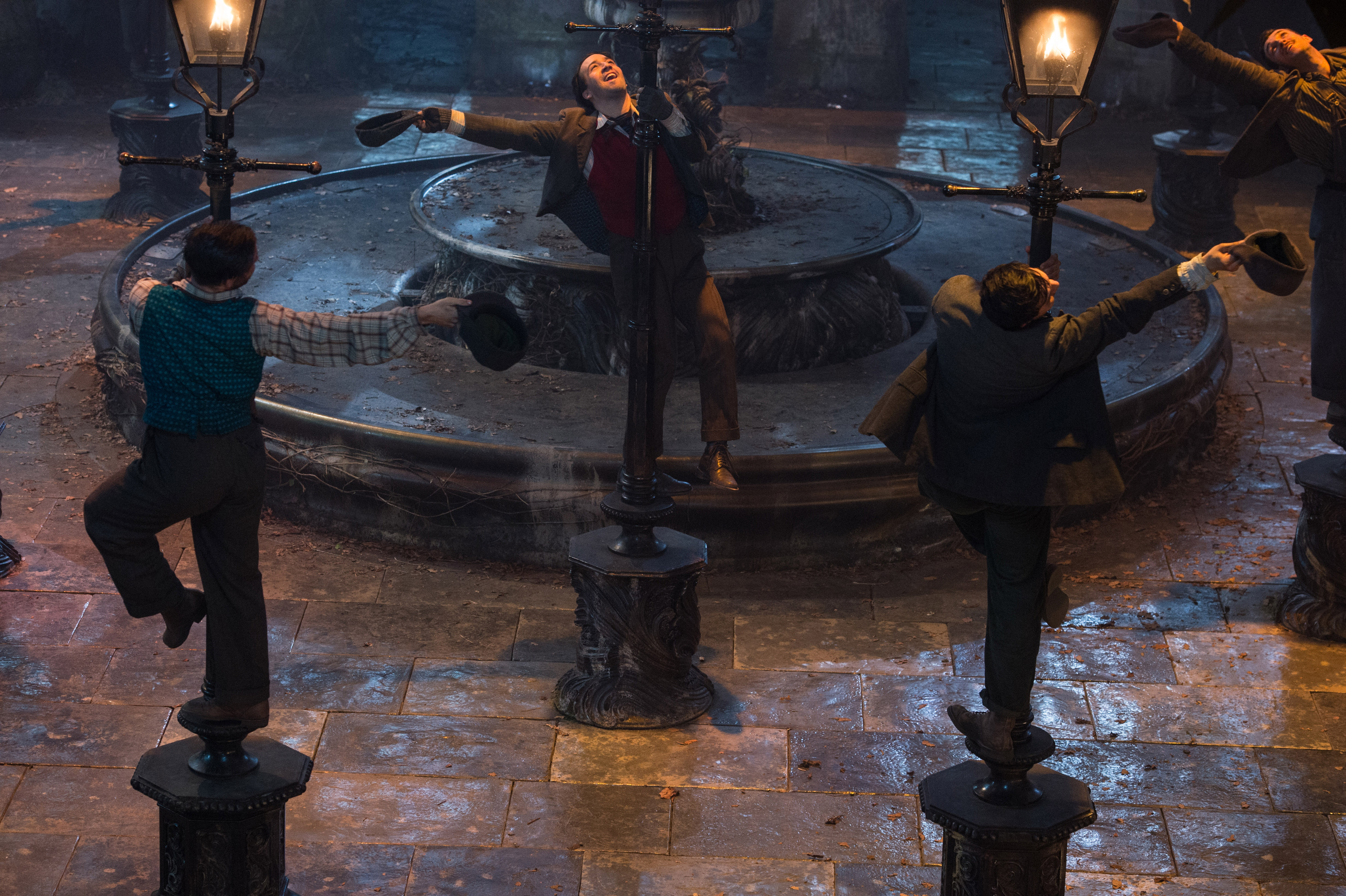 Scott: Everyone has told us that you come out of this room feeling fantastic!

I know that Richard Sherman was working as a consultant with you. What was that like?

Scott: Oh, that was heaven. I mean, that was really heaven. And then last week, we got to spend a whole day with him. And it was just like glori- we got to ask him all those questions that, you know, you’ve been old.

Marc: I became four years old. I mean, there he was in front of me and I got to ask him, why’d you write this song and why was it in this key? And what was that chord? And the choices of words. And what was Walt Disney like, I don’t remember his answers.

Have you stayed true to the original, in terms of music? And find inspirations come beautiful, come full circle with you?

Scott: Well, I think that we went back to the books. And there were so many more adventures in all the stories. And so some of them just cried out to be sung. And so we wanted – I think – and Lin said it great. He said, “You know what’s great about it, is our movie rhymes with the first movie.” And that’s a huge compliment, too. But just all the material was in the books. And then we had Emily and Lin and we had them right from the beginning.

So we got to sculpt all this material on them. So it was – and she was making a play, the blackout drunk that throw mom, what was it called? Throw Mom From The Train. Long time ago. The girl throwing Mom.

But we knew we had it right so it sounded like it was in the same neighborhood of the first movie. And also the first movie was like our teacher. Was our parents.

So you grow up with that, it’s got to be there’s gonna be something about what we wrote, that would be – that would come from that. And would sound similar and we never tried to you know, actually was right, you can’t try to copy. Or even write something that’s so close, that it will only make us pale in comparison. And yet we couldn’t help but find ourselves in the Mary Poppins vernacular. Musically and lyrically, because it’s just. And obviously, Emily’s take on it is so singular to her. So that also freed us up to – she just came in with such confidence. And with. And so it was easy to kind of fit these pieces on.

When you were listening to it, and it’s performed, are you saying, Yeah, that’s gonna be it. They’re gonna be singing that in 50 years.

Scott: I had a dream that we were at Disneyworld and that was the Parade.

Marc: But when Rob and we were talking about it, and working on it, we felt this was the song. It only got cut because the animated sequence would be too long and too expensive.

And just too long. So it got cut. But I did allow myself to say to Rob, “Boy, if I heard this song on a commercial, I’d be like, ooooh, I’m gonna – this is gonna be in Mary Poppins.

Marc: You’re juggling. Which, you don’t have to explain to Moms. Just multitasking creatively. And you’ve got the director. The director is the final say. Our own taste. I mean, with Scott and I sometimes, do have different ideas about where it might go. And then there’s the performer.

Scott: But then there’s Emily, with – you know, had just done this very intense drama. So her voice was way, was here. So then she started working with a voice teacher, to get it – it’s like a muscle that has to come back. And so by the end of it.

Marc: We’ve got higher and higher. And it was nice to not go too high. So that she wouldn’t be so compared to Julie Andrews. It’s nice that her voice sits in a slightly different place than Julie Andrews’. And that would be another reason why sometimes people ask, Are the original songs sung in the movie? As you hopefully notice in the score, I made use of them just not really. But it would be unfair to performers to ask them to actually sing a song that Julie Andrews sang, or that Dick Van Dyke sang.

And they were – Rob and Marc Platt were very confident that we should not do that. And even the, my use of melodies in the score. Me and Rob were loving it. And I maybe, when she first comes in and meets, and she’s going around the living room talking to them. I scored that whole scene with, “If you want this choice” It was almost magical, the second she walked in the archway. All the ways until the end of the scene, she goes, “All right, I’ll take the job, I’ll stay.”

That whole song, I could play it in a way that was matching what as going on in the scene. And it ended with, “Jane and Michael Banks.” Just as Jane looked at Michael. And nodded her head like, we’re doing this. But then Marc Platt said, “Have trust in your own songs, and stuff. And Let’s not do that this early in the movie.” And I’m glad now that he did do that. Anyway. Well, what was it? 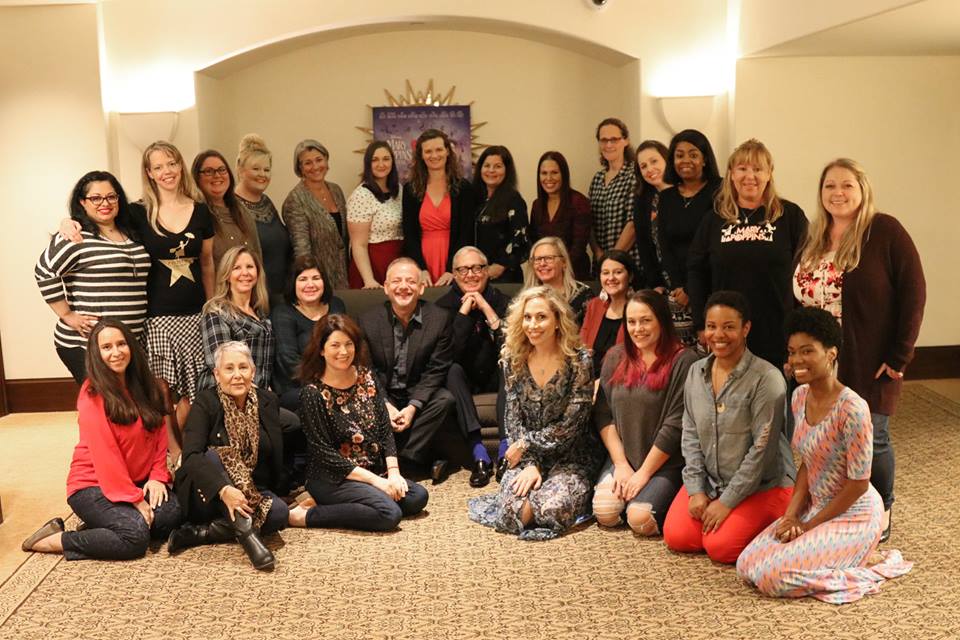 You can get the Mary Poppins Returns soundtrack here 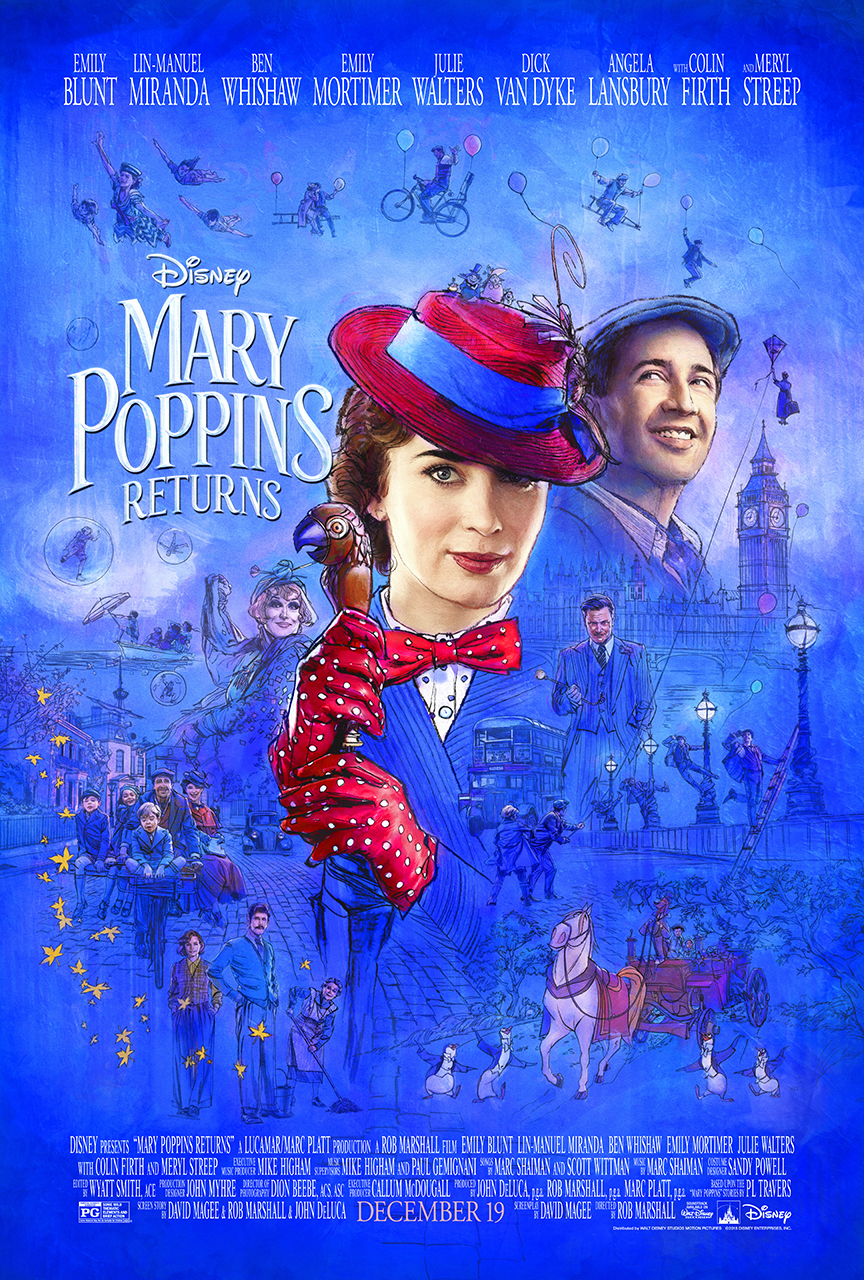 Images by Disney and Jana