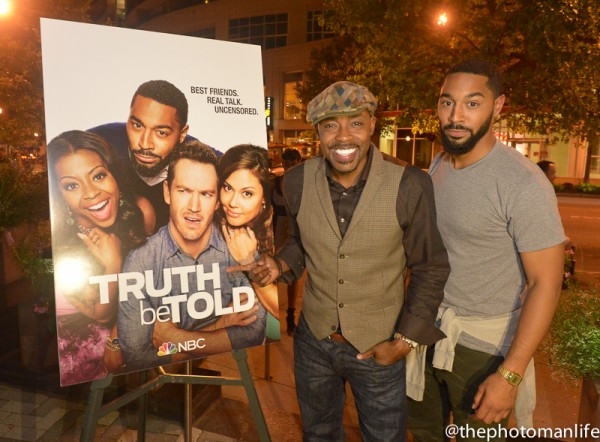 Last night I was invited out to dinner by NBC and Universal Television with Film Producer Will Packer and Comedian Tone Bell. The event was held at Cucina Asellina in Downtown Atlanta. It was the perfect evening to gather with friends in the media to find out more about their new fall comedy called, “Truth Be Told”. I was able to take a peek at the trailer and it is really funny! Glad to see Will is still making wholesome films for people to laugh and have a great time. More info inside and pics… 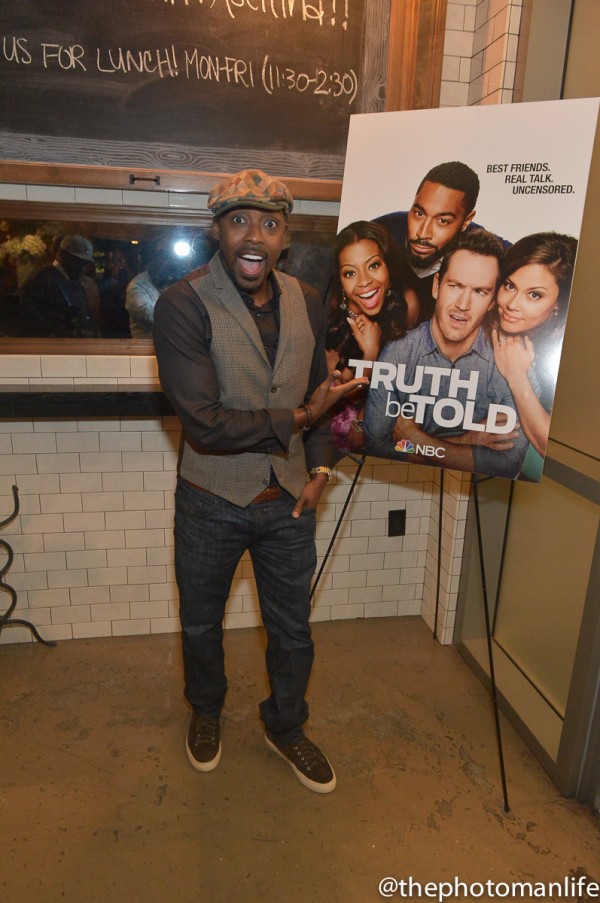 This new comedy is a true story based on a tv writer called, DJ Nash who is Caucasian but his wife is Asian and his best friend is African American. So everyday Mitch(Mark-Paul Vosselaar) tackles issues that occur daily but he finds the humor in them. Mitch is a college ethics professor and by day his wife Tracy is a tough-as-nails attorney but at night she’s a nurturing mom to their 4-year-old daughter Sadie. Russell is a stand-up comic and Angie, his new bride.

One story that Will shared with us from the tv series, is when Mitch goes to a dealership with his best friend Russell (Tone Bell). When they arrive, the car salesman that greets them is gay. He assumes that both of them are too, so they try to figure out how to get the best deal for the vehicle, without letting the salesman know their scheme so they can get a discount. Thats just one example but it looks like it will be something funny to watch.

Will also stated that NBC studios referred comedian Tone Bell to him. He just so happens to be originally from Atlanta, Ga too. Bell is a stand up comedian but tried out four times for a comedy show but kept losing but the last time he finally won. When he auditioned for the lead part, Will and him hit it off and he was casts. See folks, never give up! Check out a few images below from the meet & greet and Truth Be Told will premiere tonight at 8:30pm on NBC. xoxo 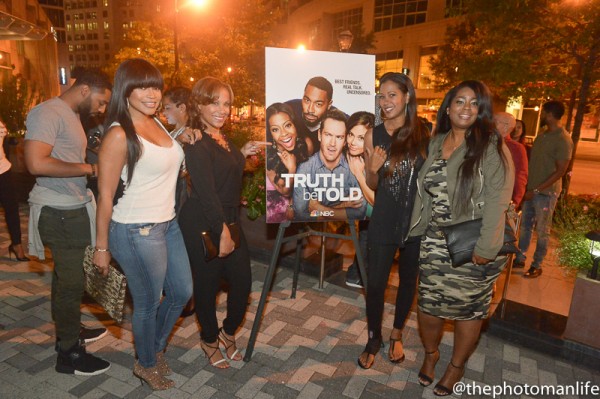 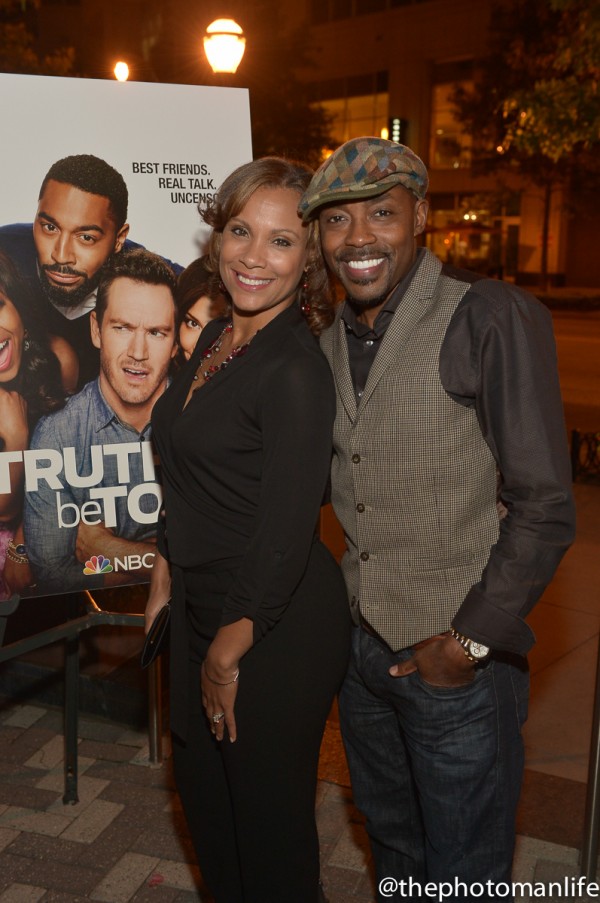 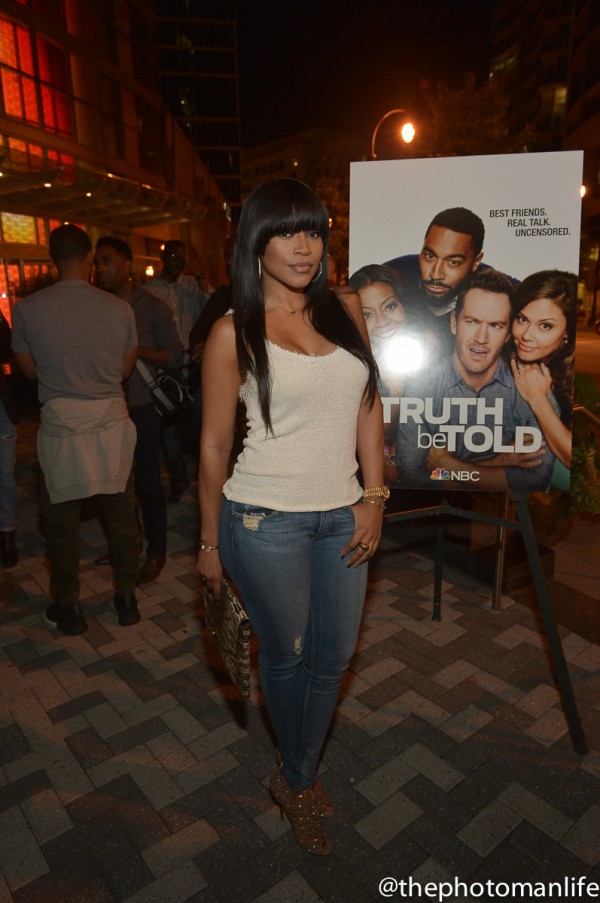 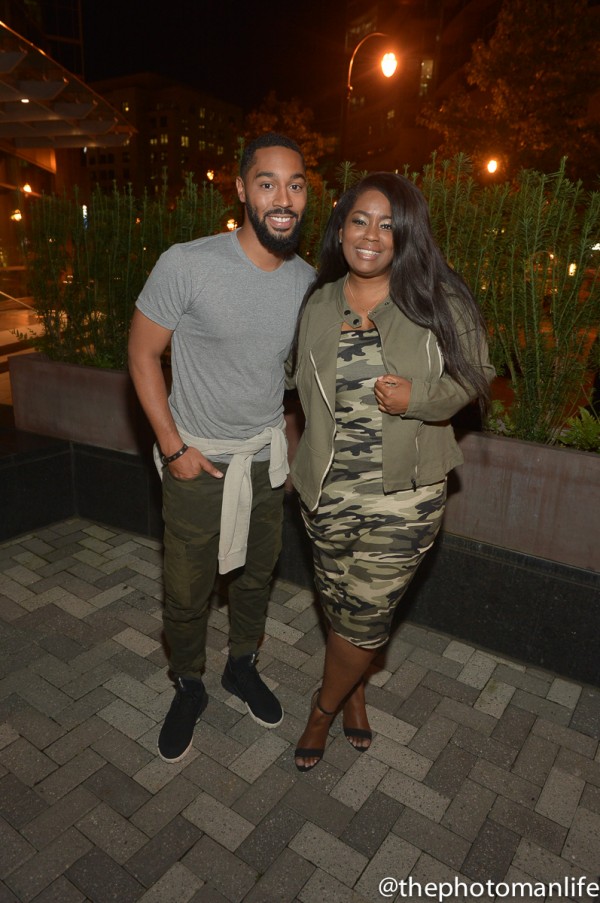 Me and Tone Bell 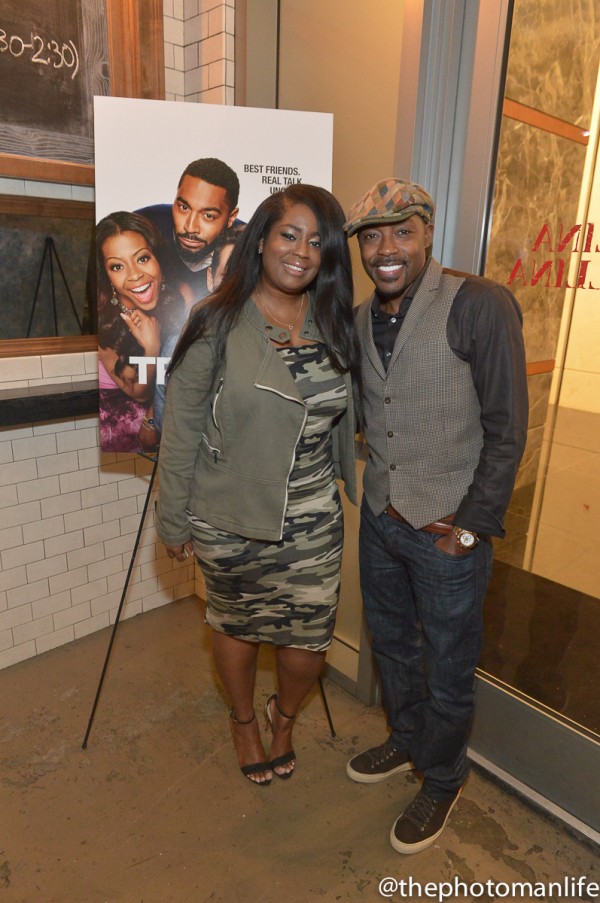