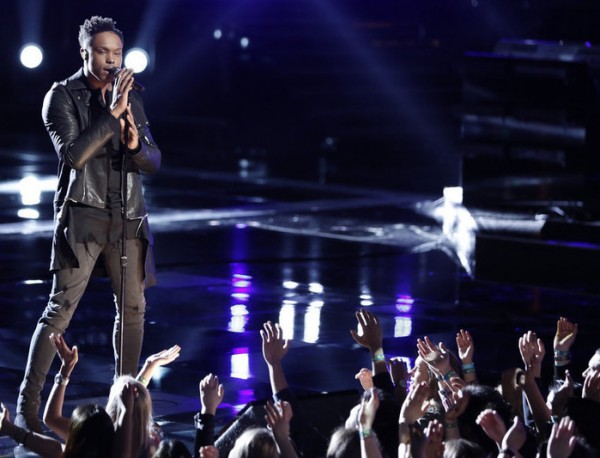 Congrats goes out to singer Avery Wilson! He made a guest appearance on The Voice the other day and he did such a phenomenal job! I am really not a music person at all but I first met this talented chap here in Atlanta at Porsha’s Naked lingerie launch(click here) at the Biltmore hotel. Singer/Songwriter/Grammy Award Winning Artist Sean Garrett was sitting right next to me telling me about his new artist Avery but when he started to sing, I was blown away, the boy got pipes and he did a great job at the event!

Well, I was on his instagram page and he has really been doing big things and made an appearance on The Voice where he sang his new song, “If I have to”. He shut it down and I know that his protégée Sean Garrett is so proud of him! He is also backed by the legendary Clive Davis, I hope he fulfills all his dreams and wishes, he is truly talented! Check out his performance on The Voice and you can download his song on iTunes now! Congrats again Avery, you deserve it! xoxo