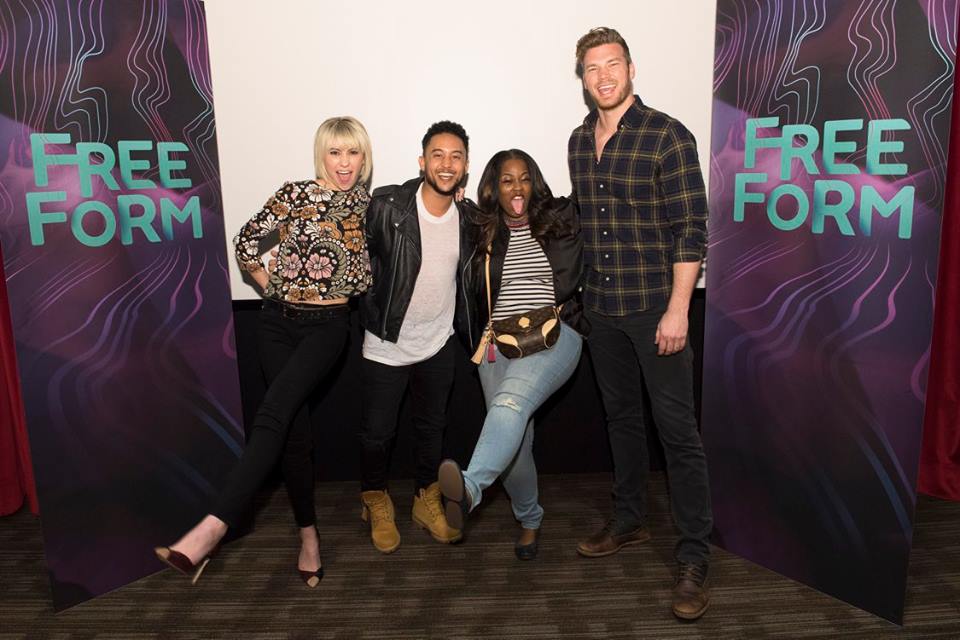 It was all giggles and laughs watching a sneak peek of season 6 of Baby Daddy on Free Form while out in Los Angeles! I got a chance to meet the cast of this popular tv show and later we had a baby shower luncheon with them as well. These hilariously talented people were so cool to hang out with and we even participated in a baby shower game that left us all cracking up! My team #TeamTahj took home the prize too ha! Check out all the fun pics and the q&a we did with them about their new season and I even have a sneak peek video inside… 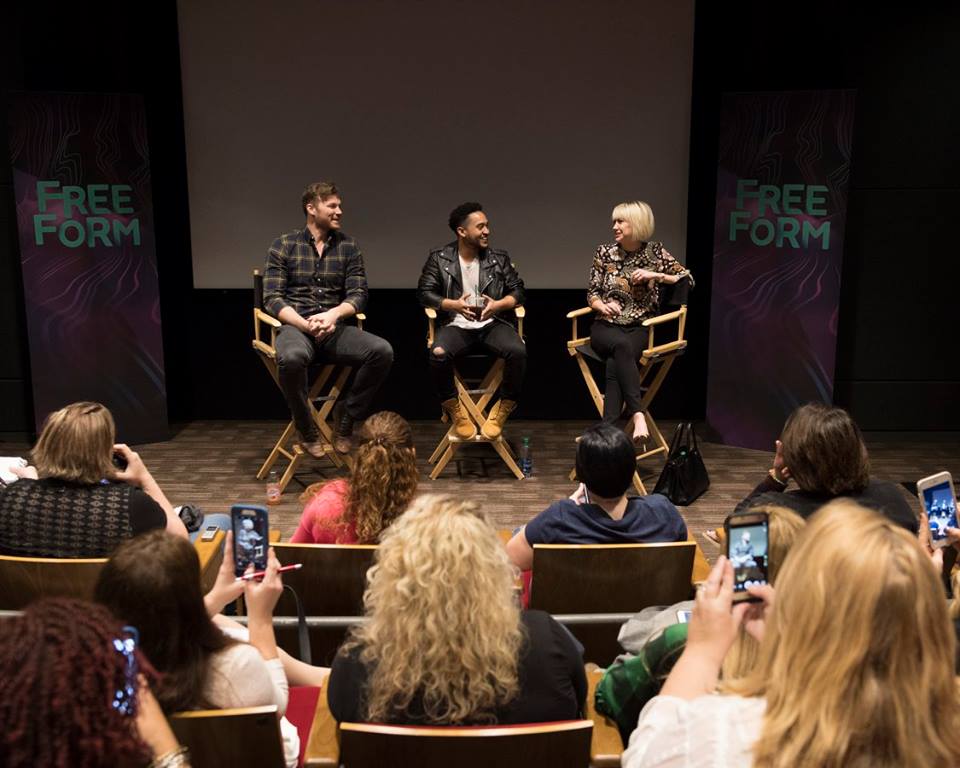 What can we expect in season 6?

Chelsea: “That was a big one for me.” She is basically in the belly the entire season! Chelsea did wear a weighted belly during rehearsals and tapings. In the beginning, she discussed with Kat, the costume designer, about the belly. “Well, first of all it was a dream, it was an 11 week pregnancy. But, you know, you look at Derek, his 6.5 / 6.6, and we wanted to make the joke that Riley is having a giant baby. And so, the last prosthetic belly that we ordered is actually what someone would wear if they were having twins.”

Derek: “Danny, he’s trying to handle his pregnant girlfriend, which is challenge enough for most people especially Danny. Ben is kind of searching still for his love that he happened to cross at the end of the last season.”

Tahj: Yeah and I think we kind of dive a little bit deeper into each character. For Tucker, specifically, we find out a little bit more about him and his in a different space mentally than he normally is. He’s not his upbeat self

Do you have any input with what happens with the show?

Chelsea: Well, we always kind of make the joke now that the lines between our characters and our real selves have been completely blurred at this point. We’ve been so lucky to have pretty much the same set of writers all six seasons and we’re really good friends with them too. So, after the show on Friday night, we all go into the bar to celebrate or having dinner with each other over the hiatus and often times we’ll come in on Monday morning, or having lunch with the writers and the crew. Telling some wild story that happened and sure enough, two weeks later, it’s in the show. 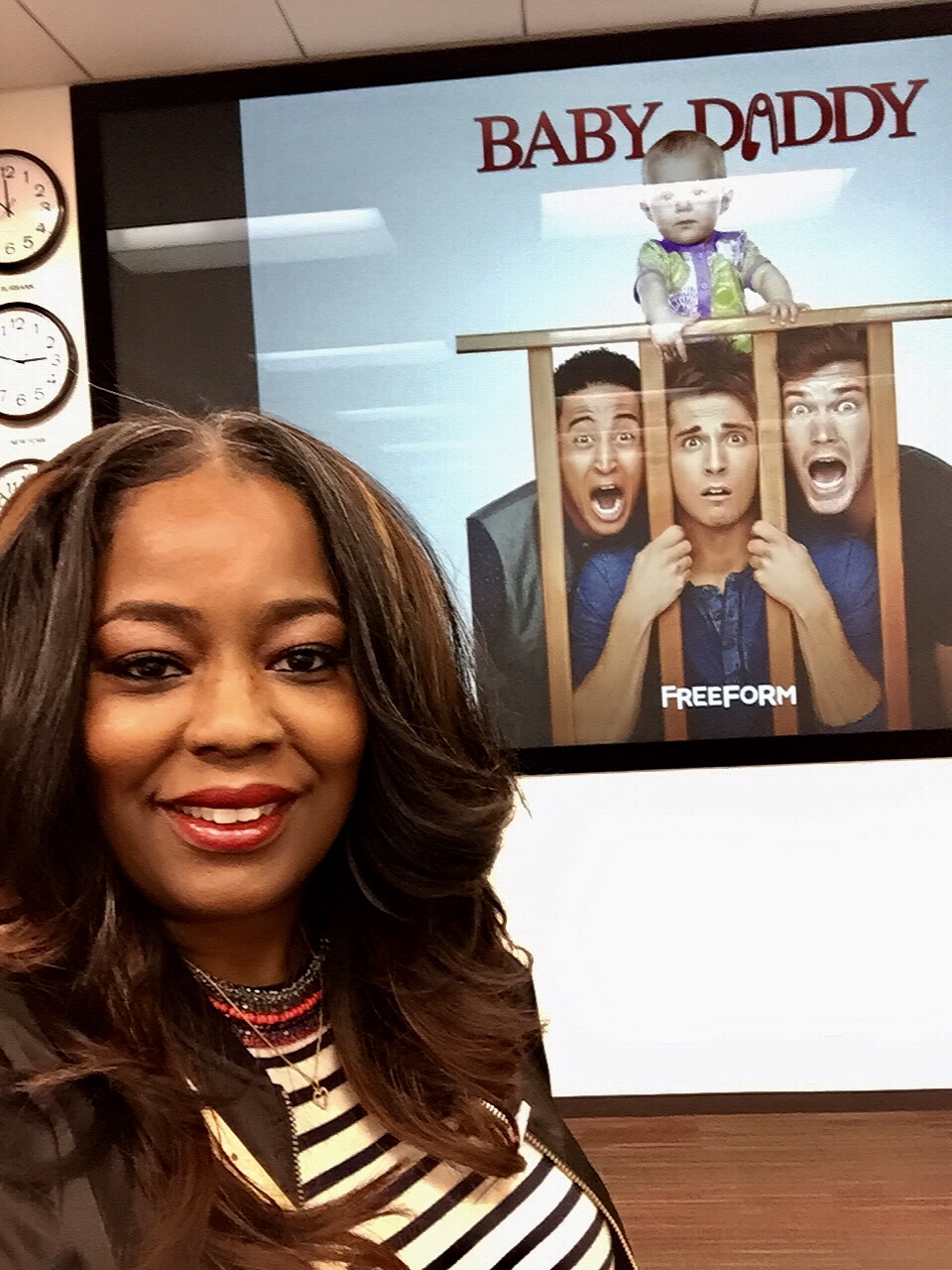 Ok, now headed to a “Baby Daddy” Baby Shower luncheon! I had a baby pin attached to my jacket. If you said the word “baby” you lost your baby pin and whoever collected the most pins, won a prize! 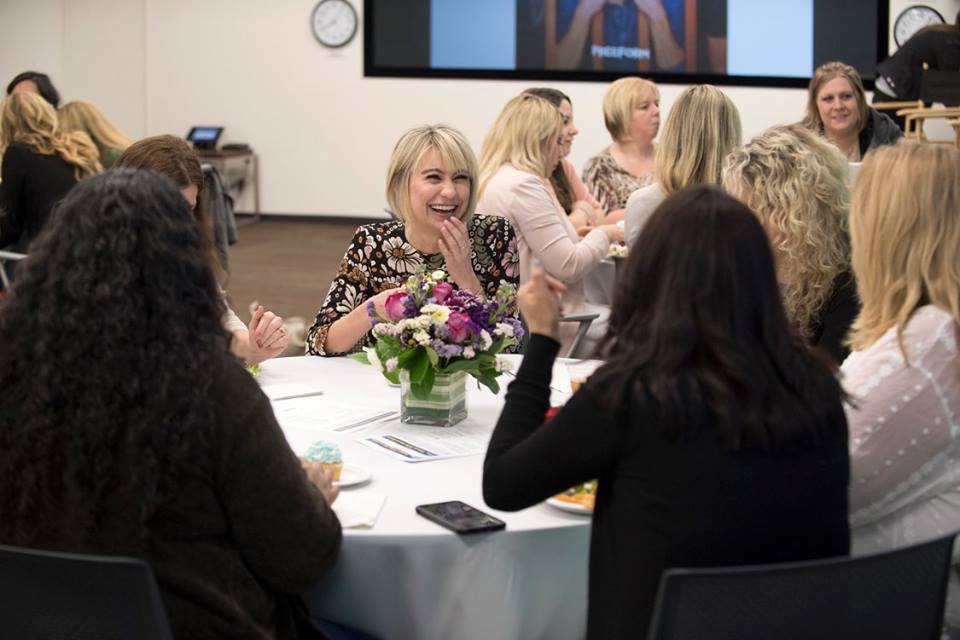 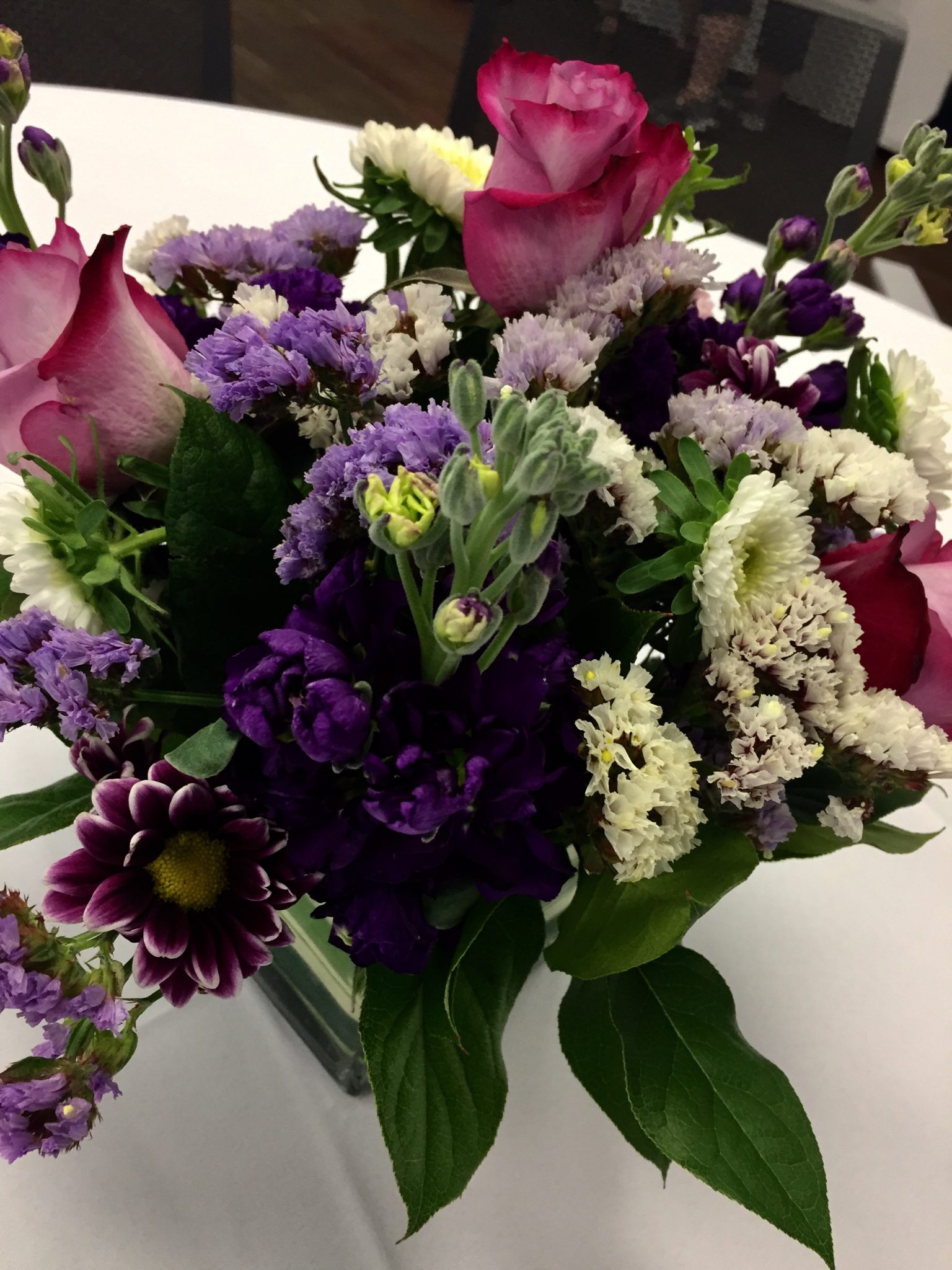 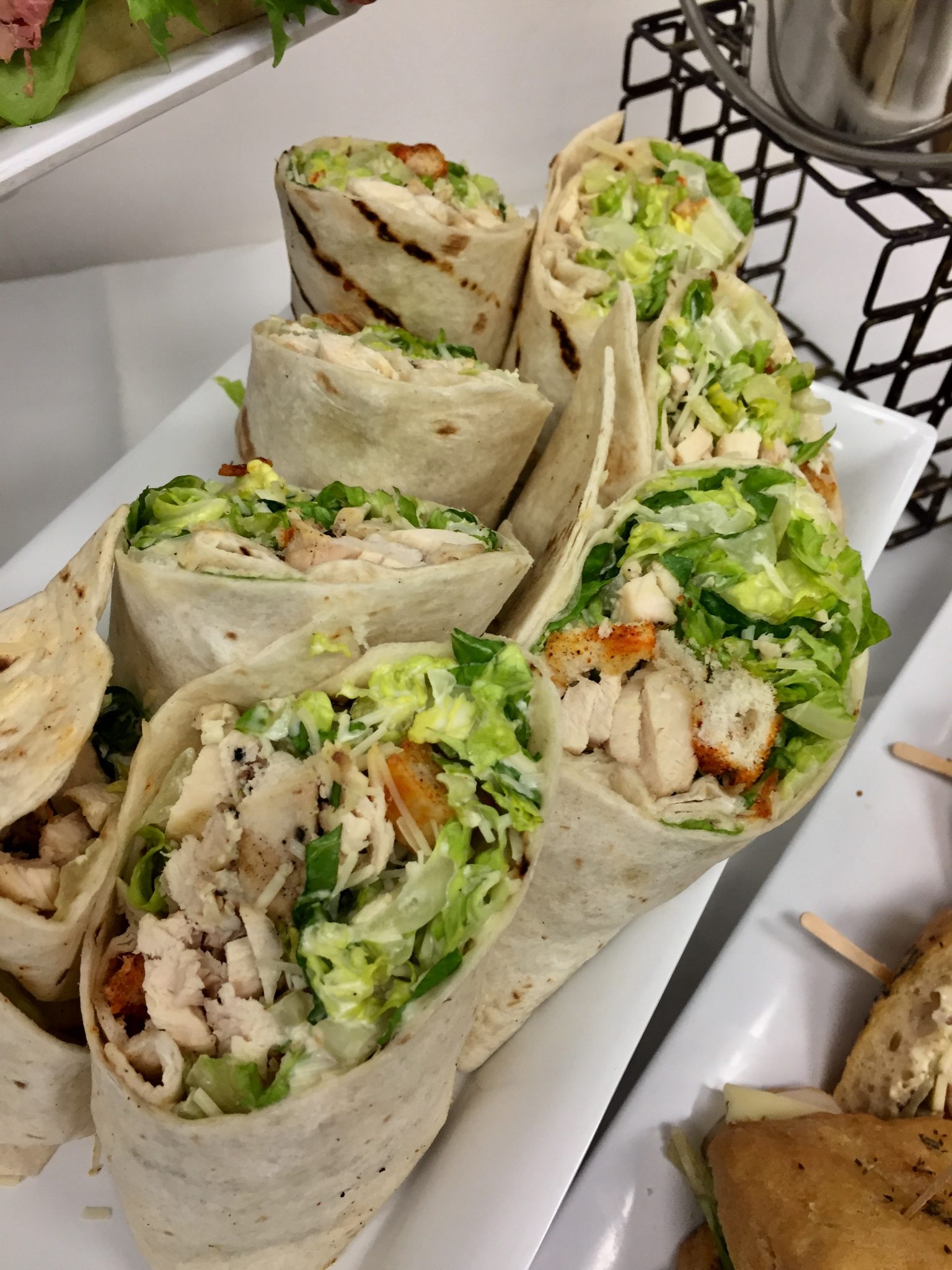 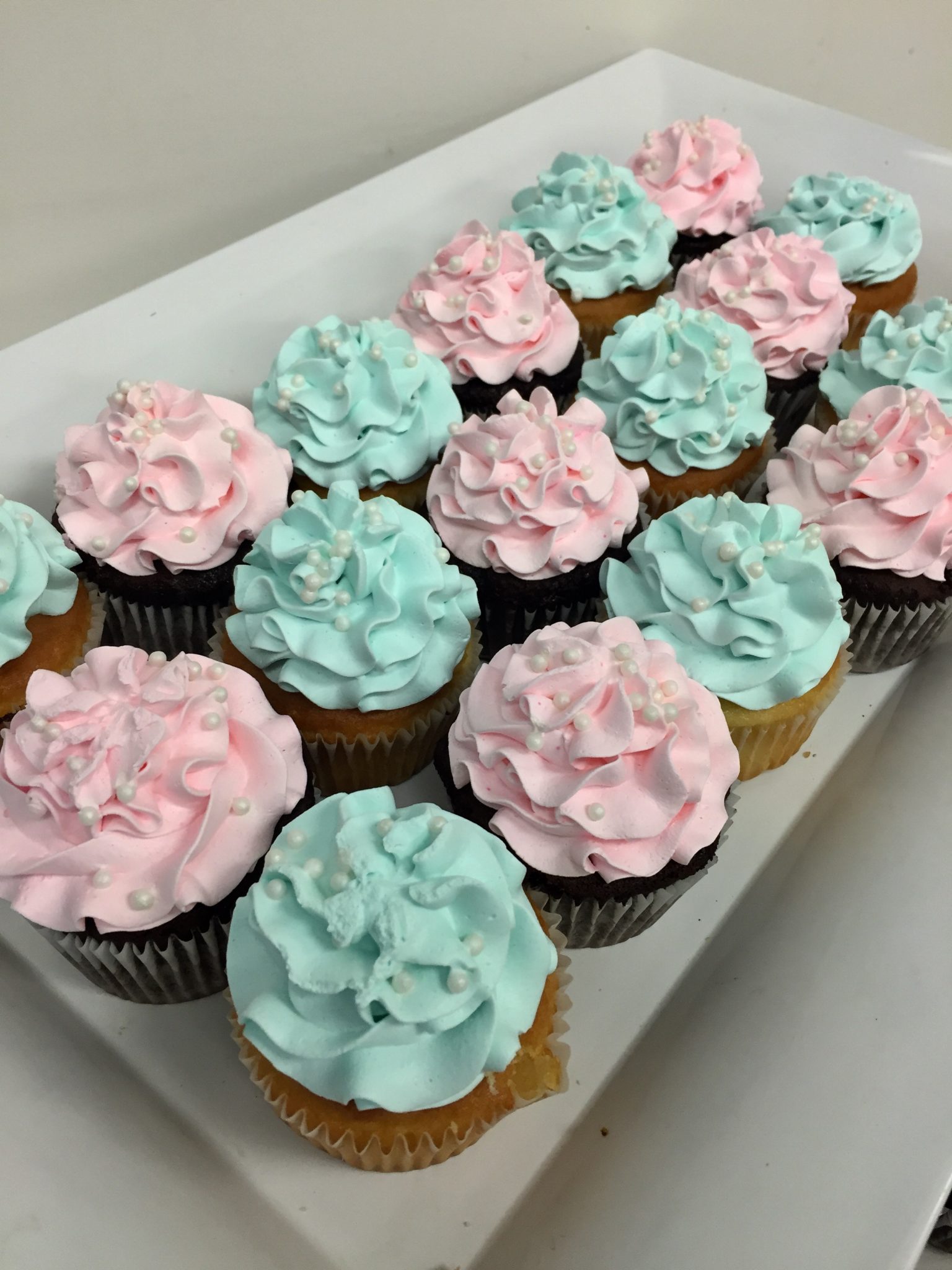 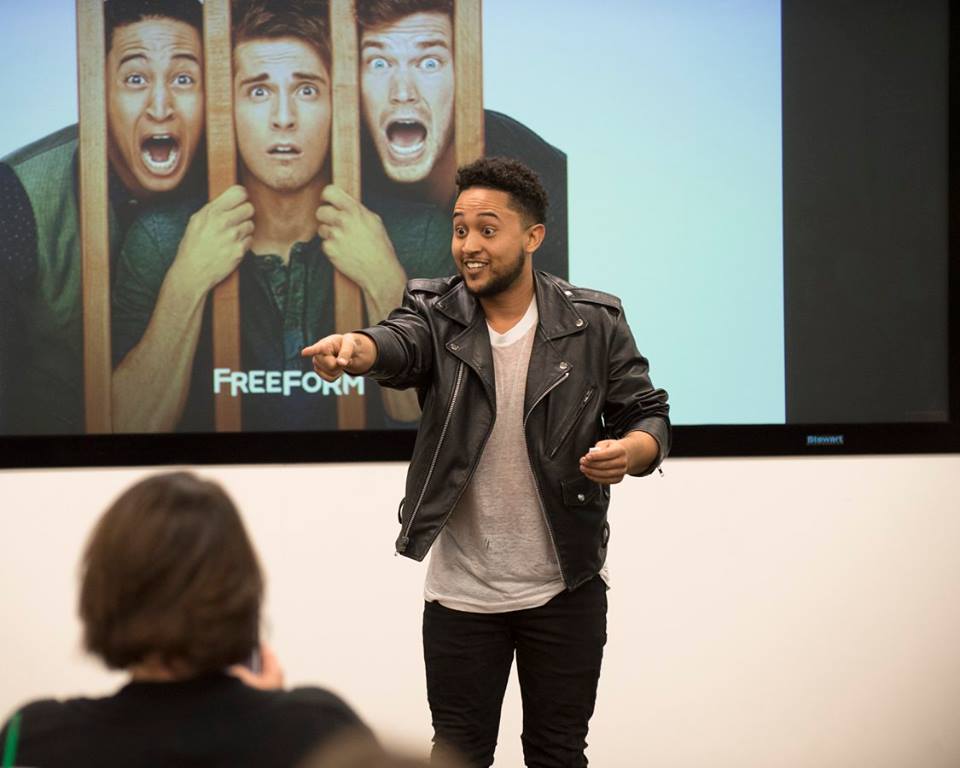 Who doesn’t like a game of charades lol our team #TeamTahj won too! 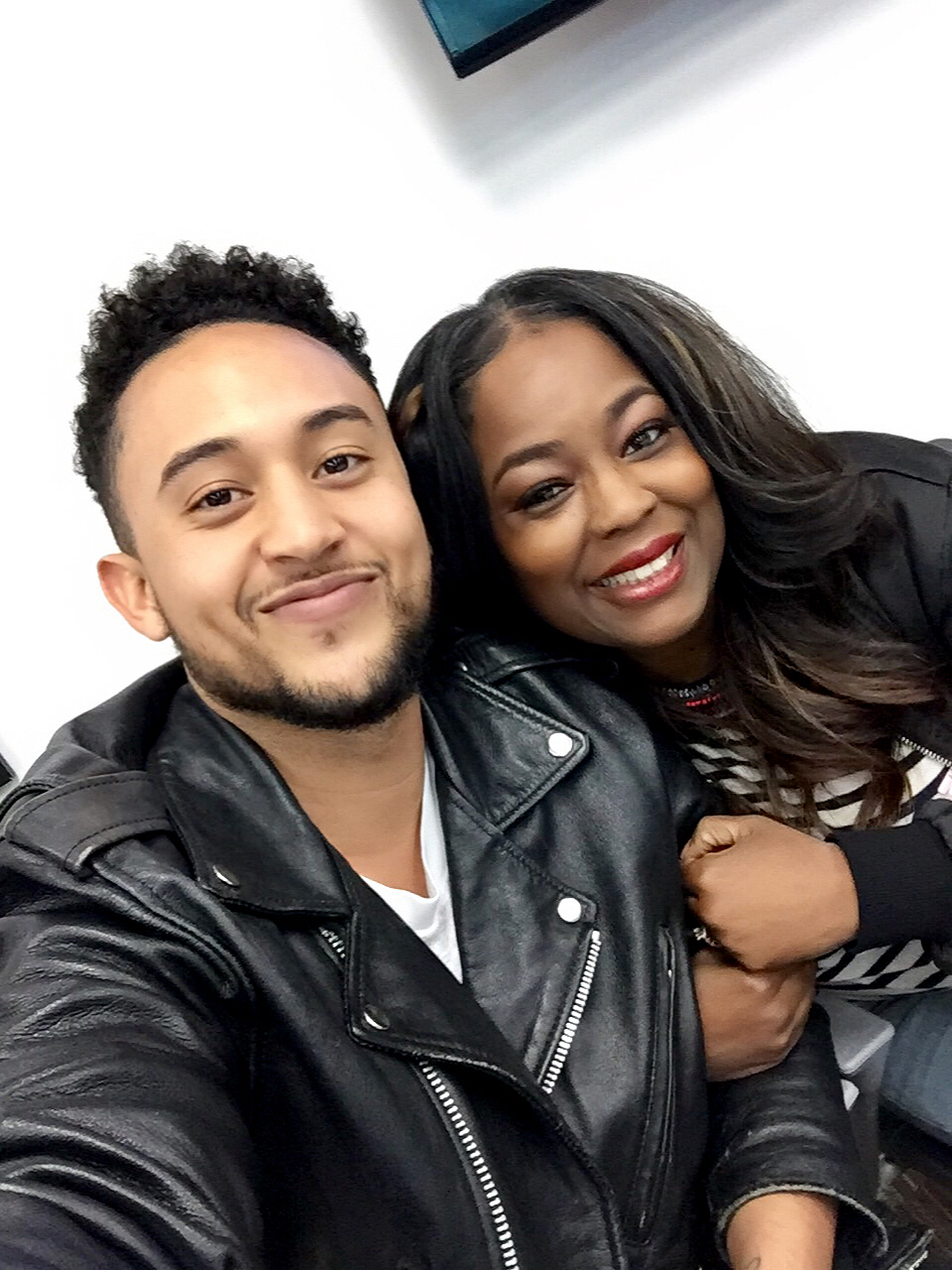 Had to get a quick selfie with my boo Tahj! 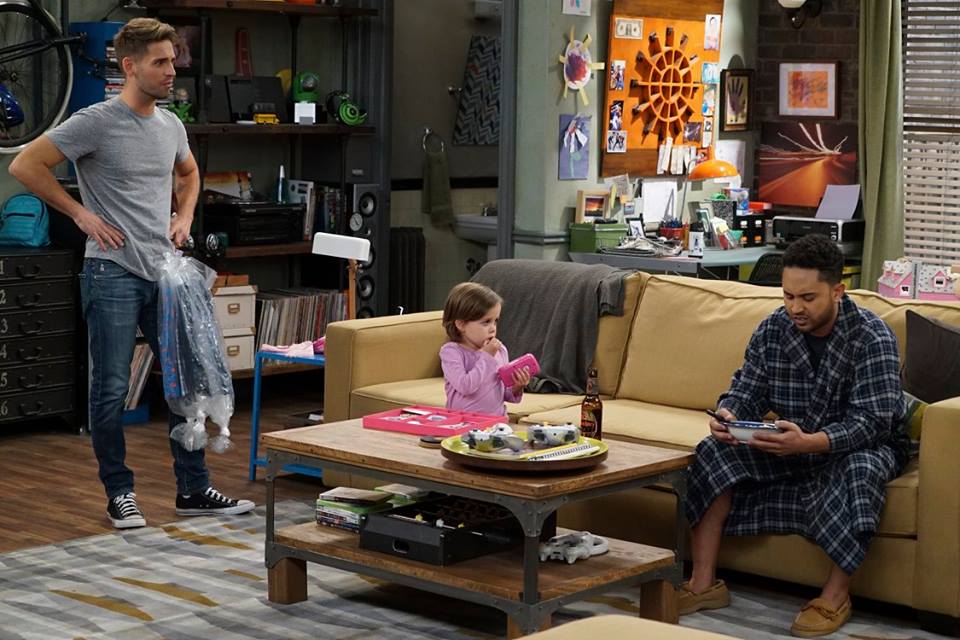 “To Elle and Back” – The newly pregnant couple Danny and Riley search for the perfect doctor for their baby, while Ben continues his quest to find his mysterious dream girl, on the spring premiere episode of season six of “Baby Daddy,” airing MONDAY, MARCH 13 (8:30-9:00 p.m. EDT), on Freeform.