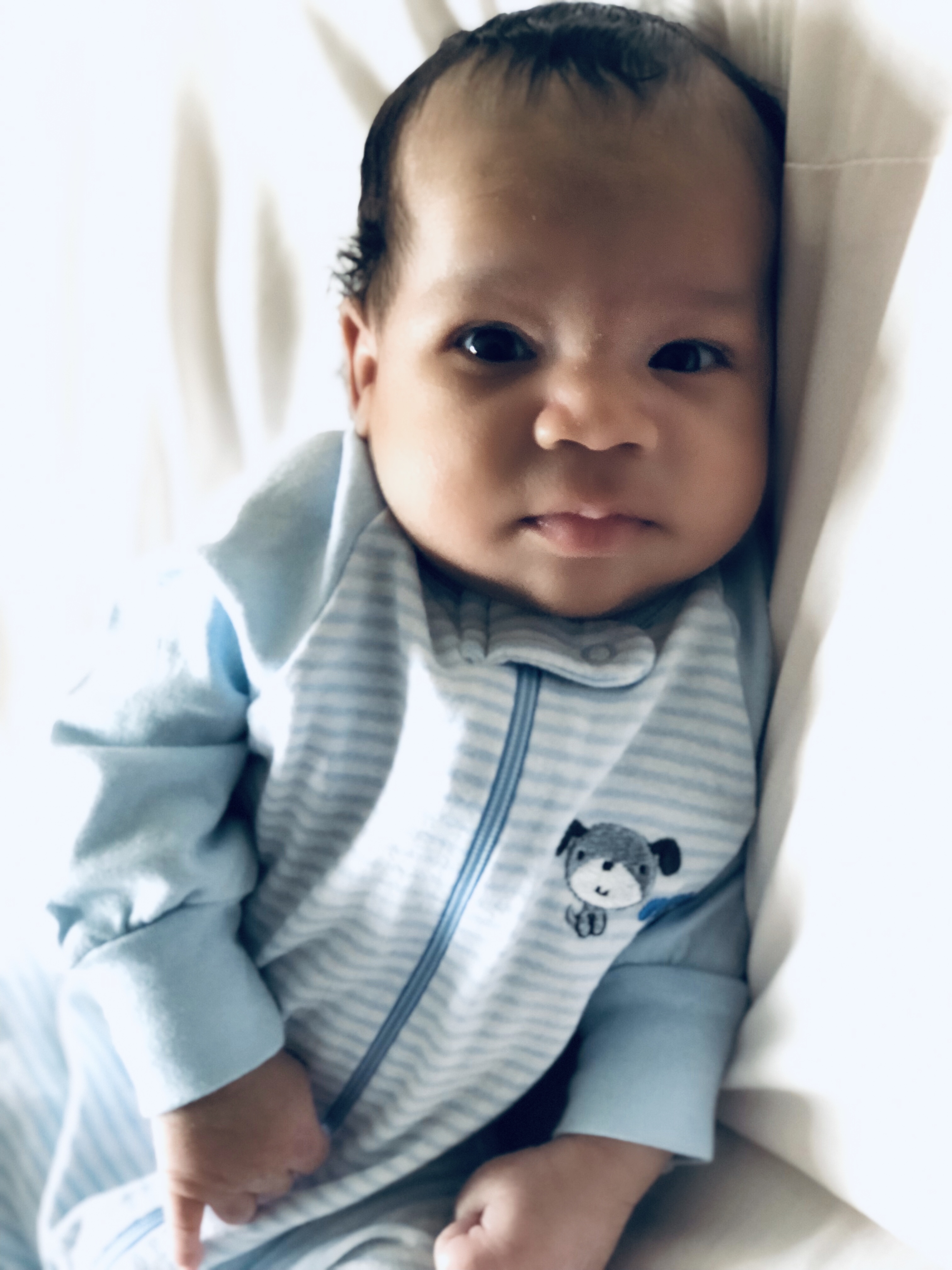 I haven’t given you guys an update on Baby Legend in awhile, so thought to tell yah some things that he’s been up to! A few days ago, my daughter asked me if I could watch my grandson over night while her and her fiancé went out to celebrate their anniversary. I was so nervous and happy at the same time. I went to cleaning like a mad lady for his arrival. I have watched him at my daughter’s place since it’s more convenient and he has everything there but this was going to be the first time I would keep him overnight at my place.

He turned 1 month old on the 3rd of April and boy has time flew by! He is such an adorable baby but I was still nervous to watch him thinking of all sorts of scenarios etc lol. I’m just a nervous glammy and my biggest concern was thinking what if he doesn’t like me or wants his mom or dad during the middle of the night. What would I do?

I finally calmed down after calling a few of my friends that’s already grandmothers and they reassured me that I would be fine. He came over and my daughter had all sorts of things in his diaper bag, his car seat and a really tiny portable bassinet. Geesh times have definitely changed lol. She showed me how to make his formula with these high tech baby bottles, lawd! I got the hang of it and she was on her way. Legend just kinda looked around at his new environment and settled in pretty good. I talked to him and told him it would be ok. Then I decided it would be fun to take him for a walk around the neighborhood. He really liked that and people were out walking their dogs and jogging. Some people stopped to say hello.

The sun was a bit too bright for him, so I brought him back inside after a few minutes. I fed and gave him a bath and he settled in nicely. Once we got into bed, he slept for about 5 hrs then woke up around 4am. I fed him again and he went right back to sleep and woke up again at 7:30am. Legend is such a good baby, I’m so blessed to have him in my life. I love him so much and never thought I could love anyone else other than my own kids. It’s a love I can’t explain and I will forever cherish our time together. Till next time! xoxo