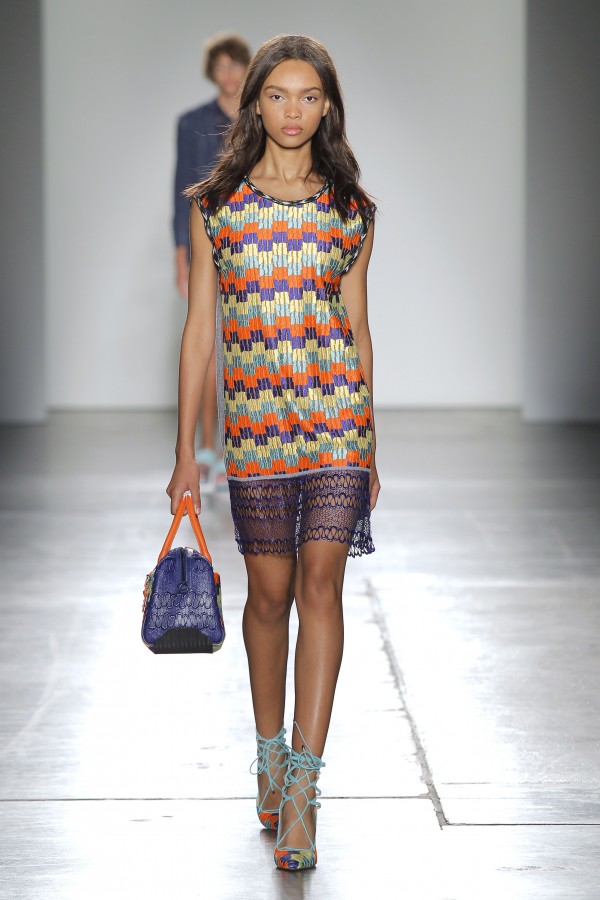 Custo Barcelona presented the Spring-Summer 2016 collection “Slow” today at New York Fashion Week. The pieces of this new collection feature intricate details and elaborate production processes. With creativity and modernity in mind, it found its inspiration in the culinary movement that rejects the standardization of taste and defends creative, slow cooking. The garments are all produced in the company’s ateliers and again bear the “Made in Spain” distinction sewn into the label. 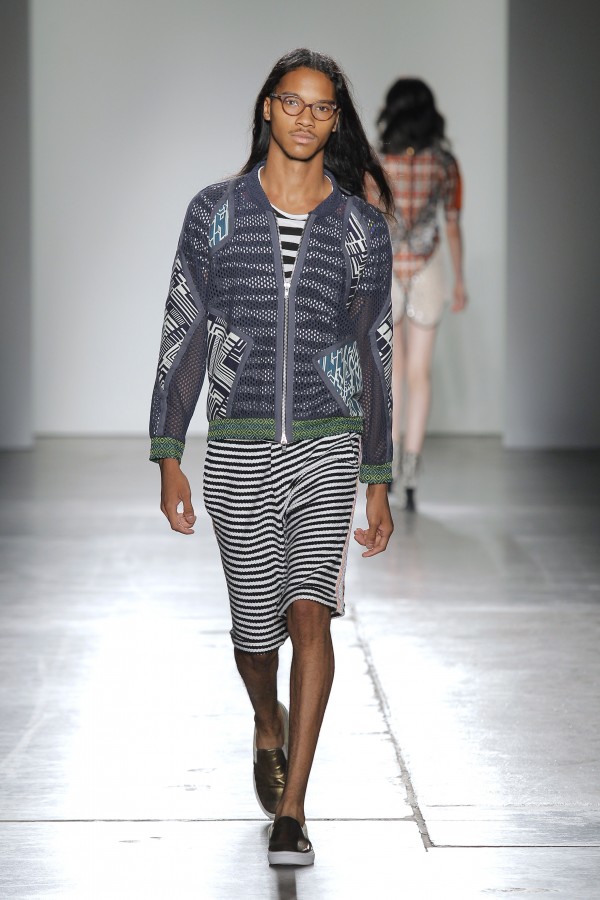 With Slow, Custo Barcelona celebrates the colorful, eclectic, one-of-a-kind personality of a woman who is unique and has her own rebellious style. The key proposals are muscular patchwork garments, dresses, coats, jackets, tops, tunics and pants featuring organic cuts inspired by ergonomics and puzzles. These pieces play on their muscular shapes, marked off with contrast stitching and gaps that emerge when they are joined, defying the conventional.

Especially evident in the collection’s looks is the delicacy of the fabrics, such as blond lace and open knit mesh. These were once used solely for women but now also hint at the skin of the male bodies on the catwalk. This “trifecta”-as it is called in the firm-of three garments brought together by the same fabric and print in a single look yields a very compact visual concept, keeping with the style of Custo Barcelona.

The color palette for the various looks are inspired by nature: petal pink, emerald green, violet, white gardenia, mauve, fuchsia, lime, lemon, Mediterranean blue and tangerine come together harmoniously in the pieces. The strength and personality of black, play an important role of the looks on the catwalk, but earthy tones colored by the setting sun together with knit textures are another of Custo’s winning formulas.

In the men’s looks, the firm sought the carefree elegance of the Mediterranean man, using geometric and pictorial graphics in the signature look of the company.
Presented for the first time at Pier 59 Studios, the show once again brought together the brand’s faithful followers, who did not want to miss a single detail of the latest proposals by Custo Barcelona. The guest list included Dascha Polanco, Selenis Leyva, Karrueche Tran, Andi Doorman, James Goldstein, Mariano Di Vaio. 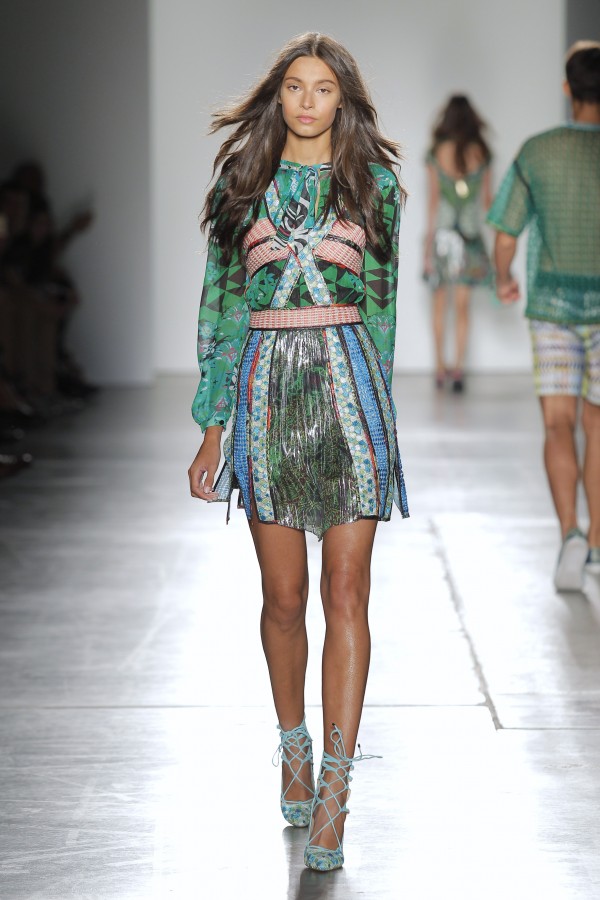 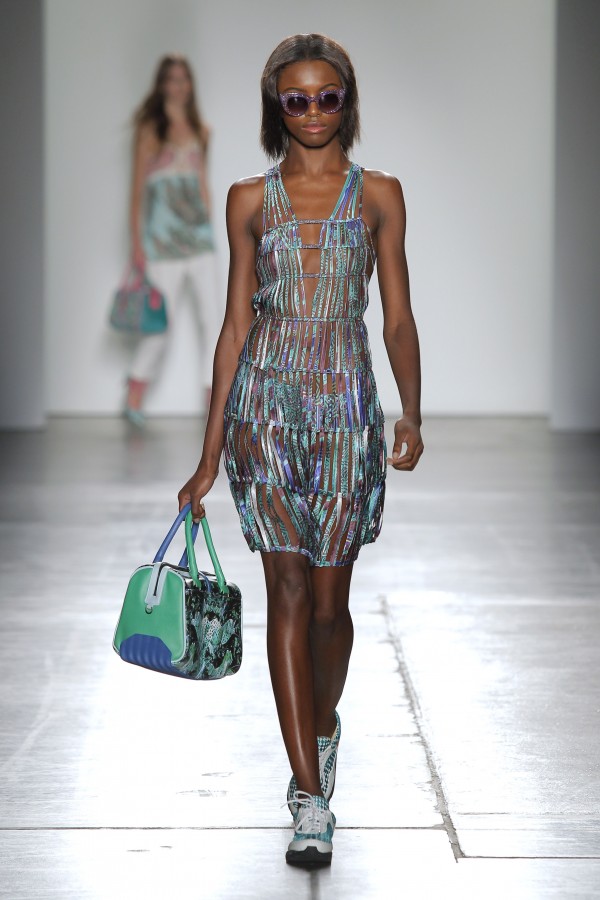 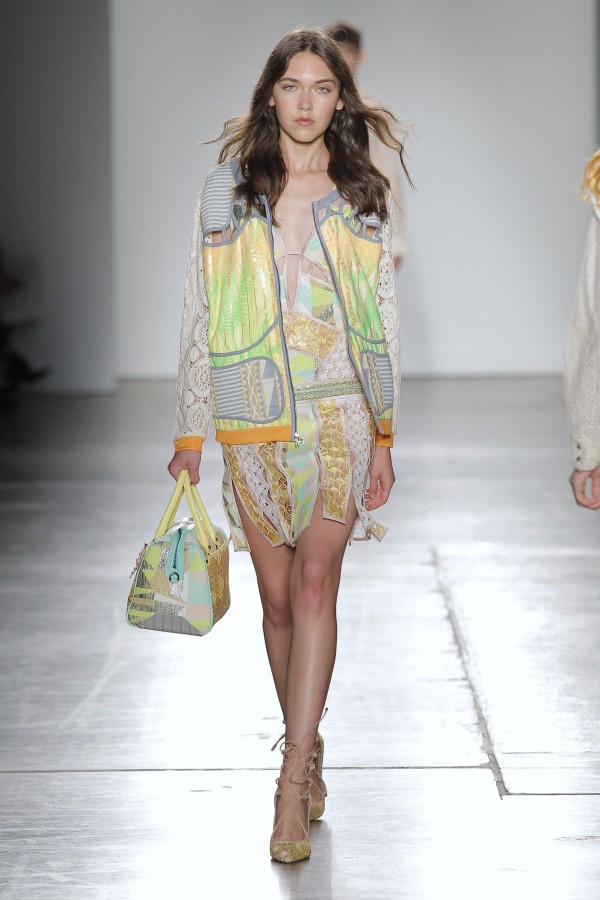 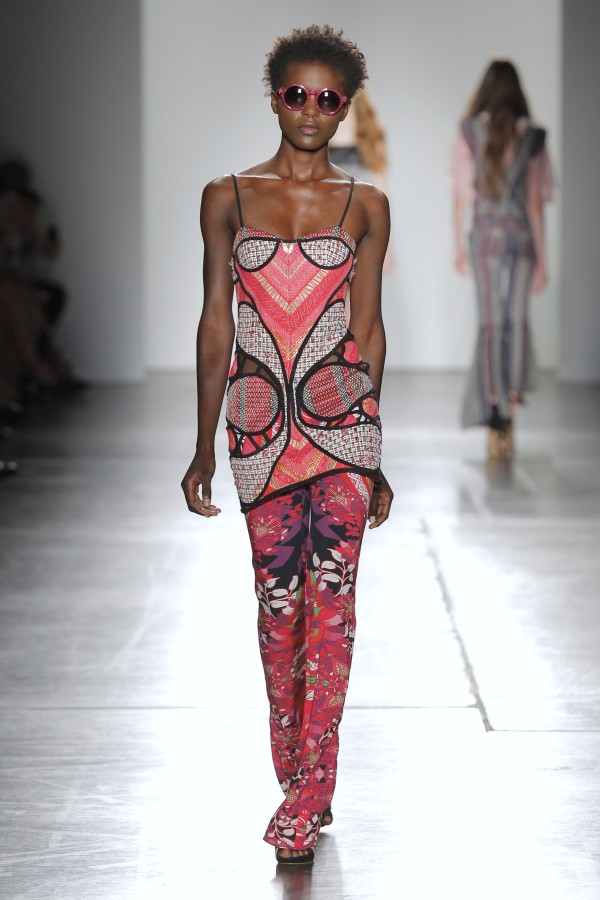 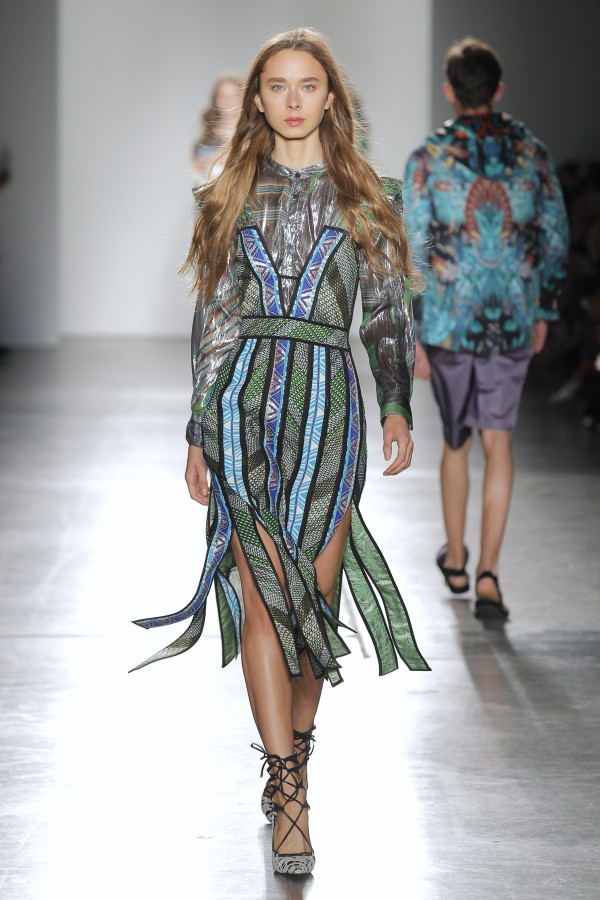 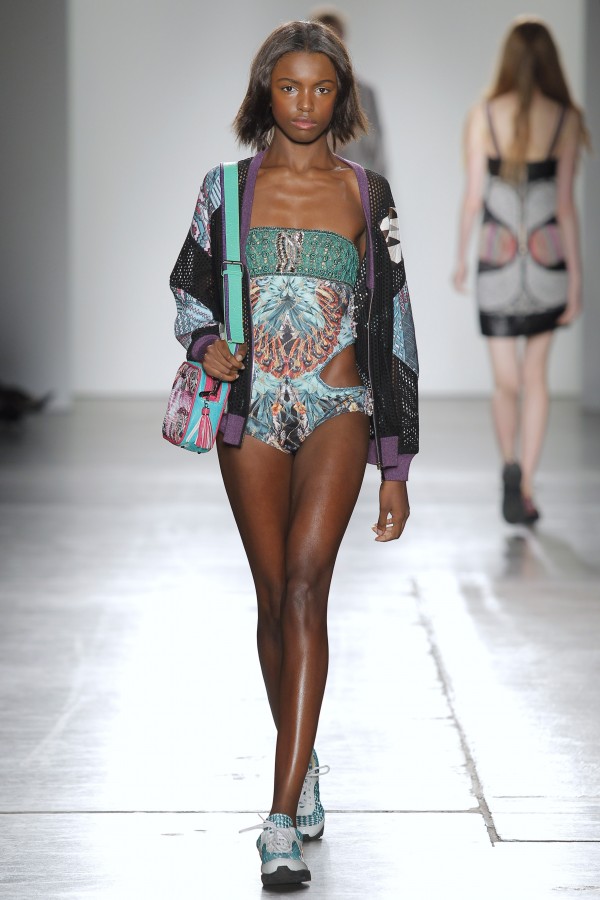 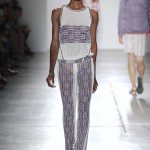 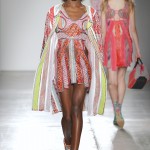 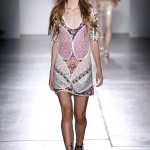 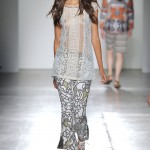