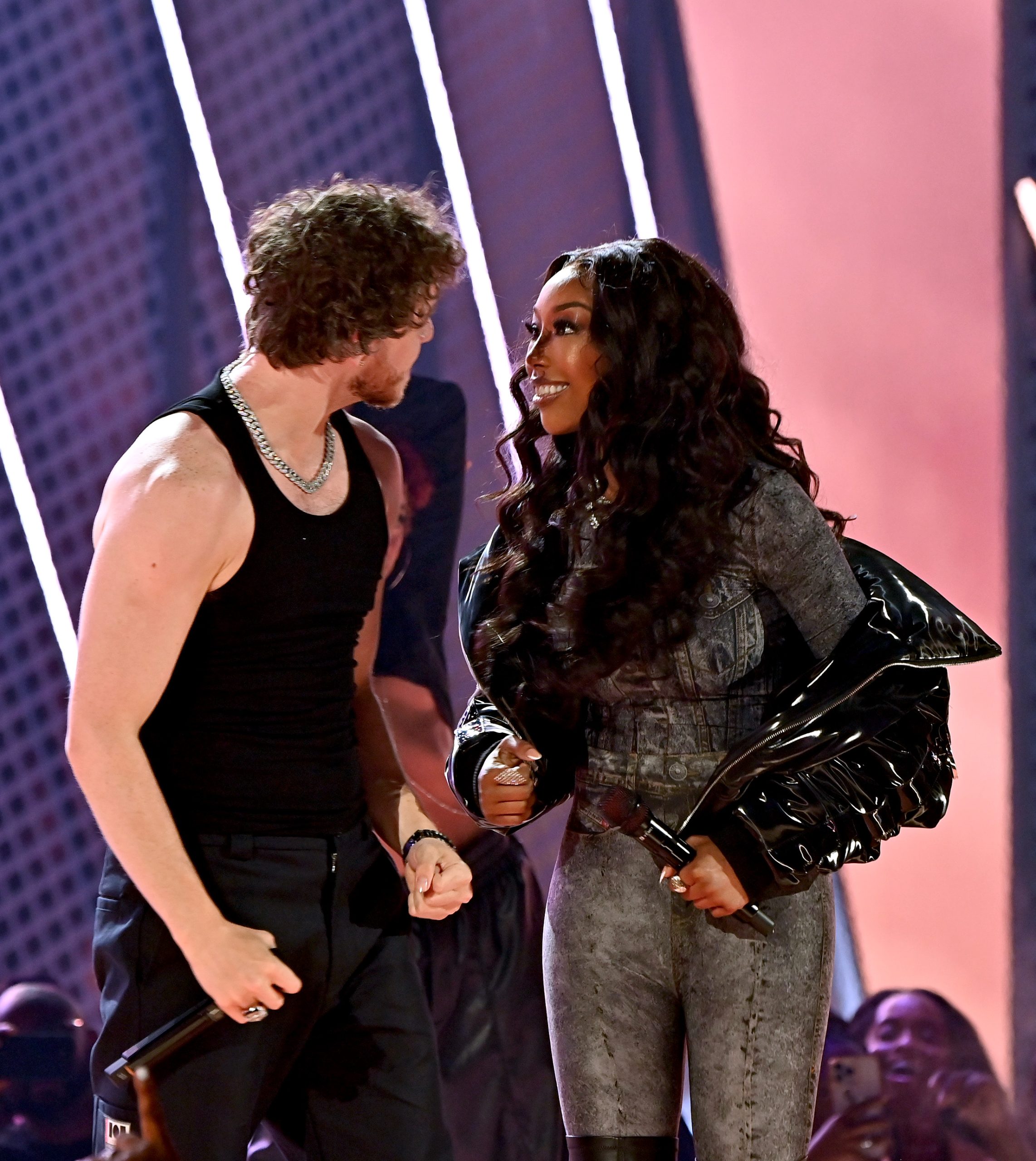 At the 2022 BET Awards that took place in Los Angeles last night, there was a surprise appearance by R&B Singer Brandy! She hit the stage with rapper Jack Harlow. The rapper started off his performance with a Lil Wayne song, “Poison” then all of a sudden Brandy popped out and surprised the audience. I think that was cute because he had previously said in an interview that he didn’t know Brandy and Ray J were brother and sister lol.

They performed the song, “First Class” together, it was pretty lit! Brandy then took over the mic and said “Allow me to reintroduce myself, my name is World Famous, one of the greatest, living legends, did I emotion my resume is amazing?” She looked adorable too wearing a hug fitting denim distressed look and patent leather jacket! See more pictures inside… 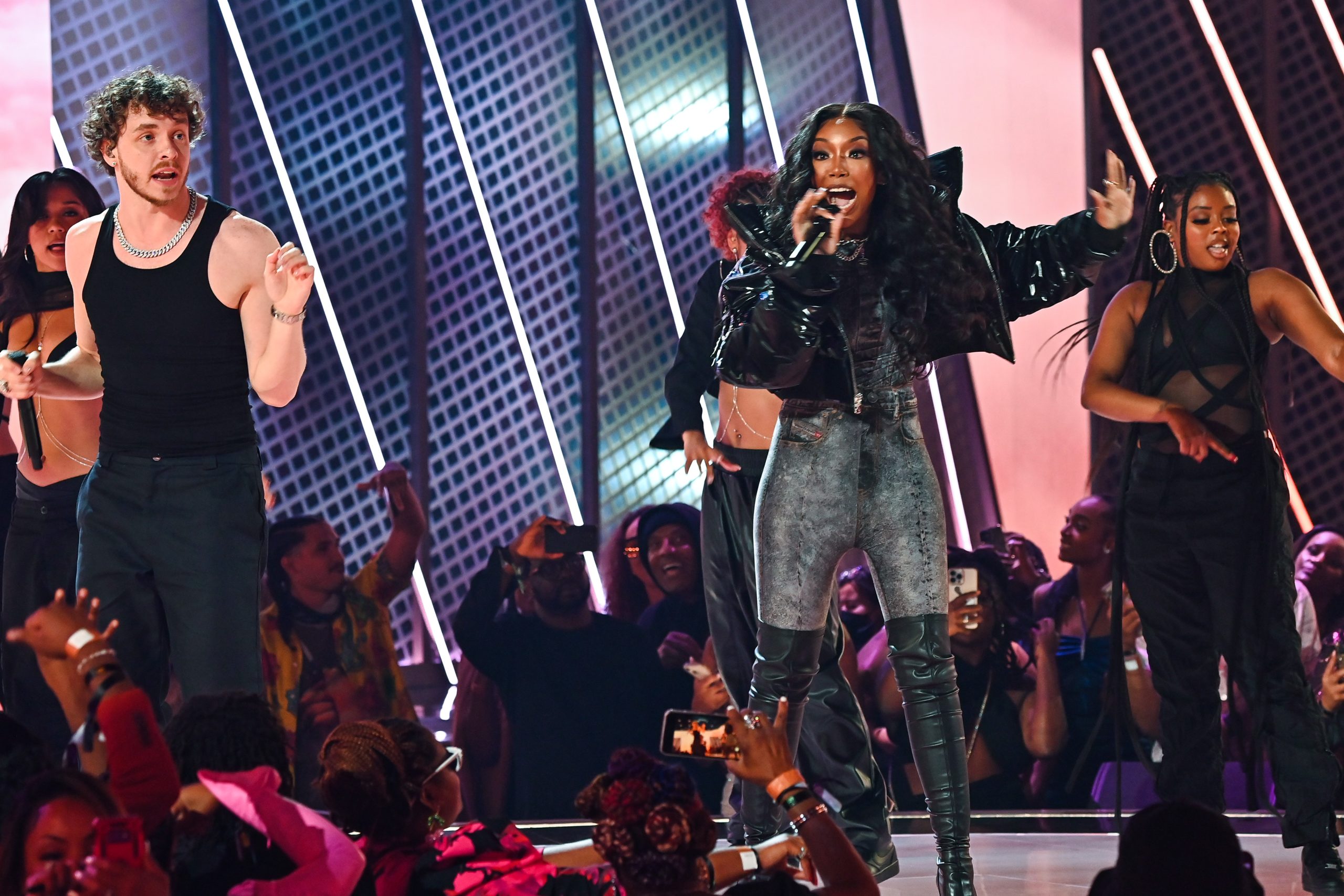 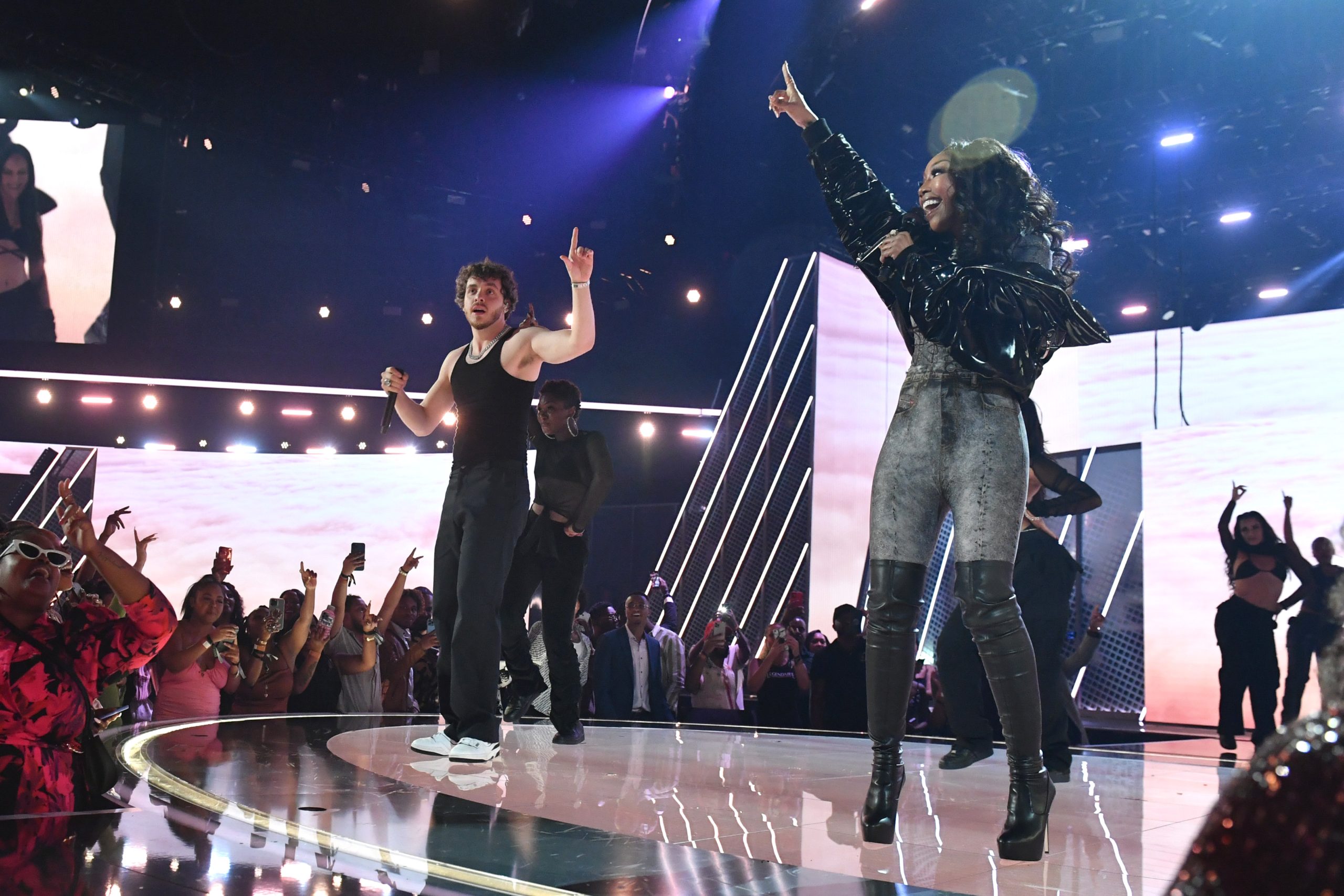 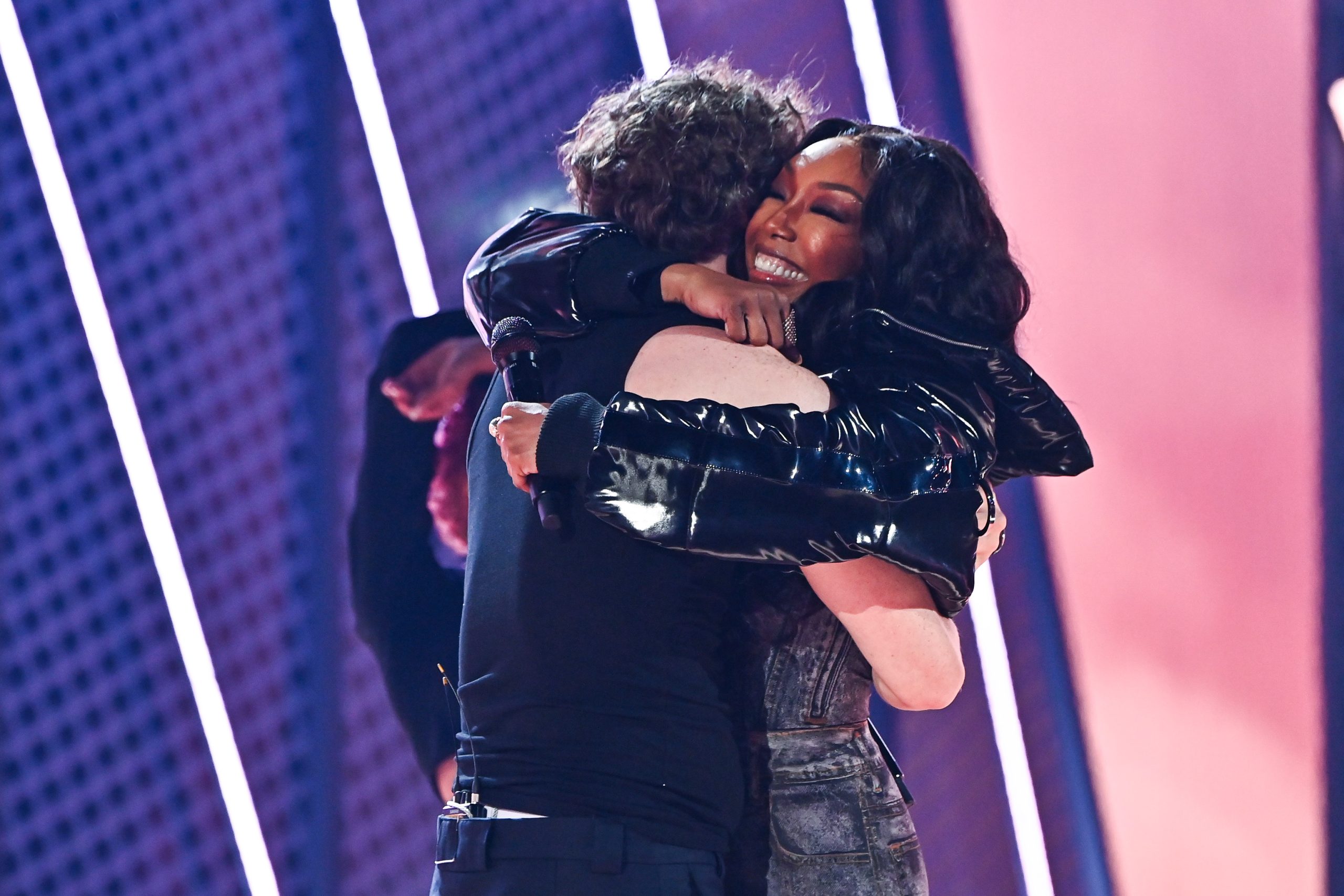 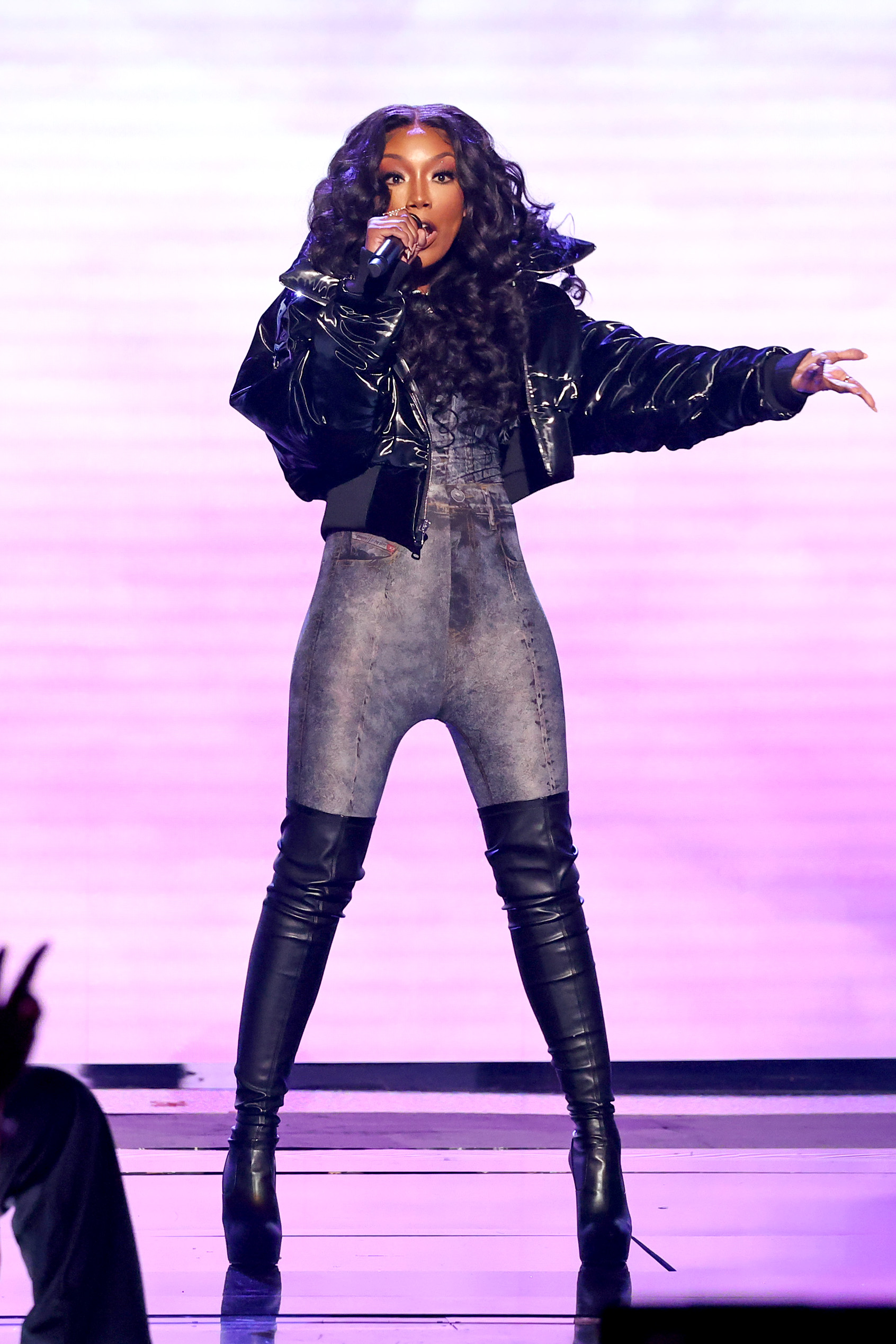