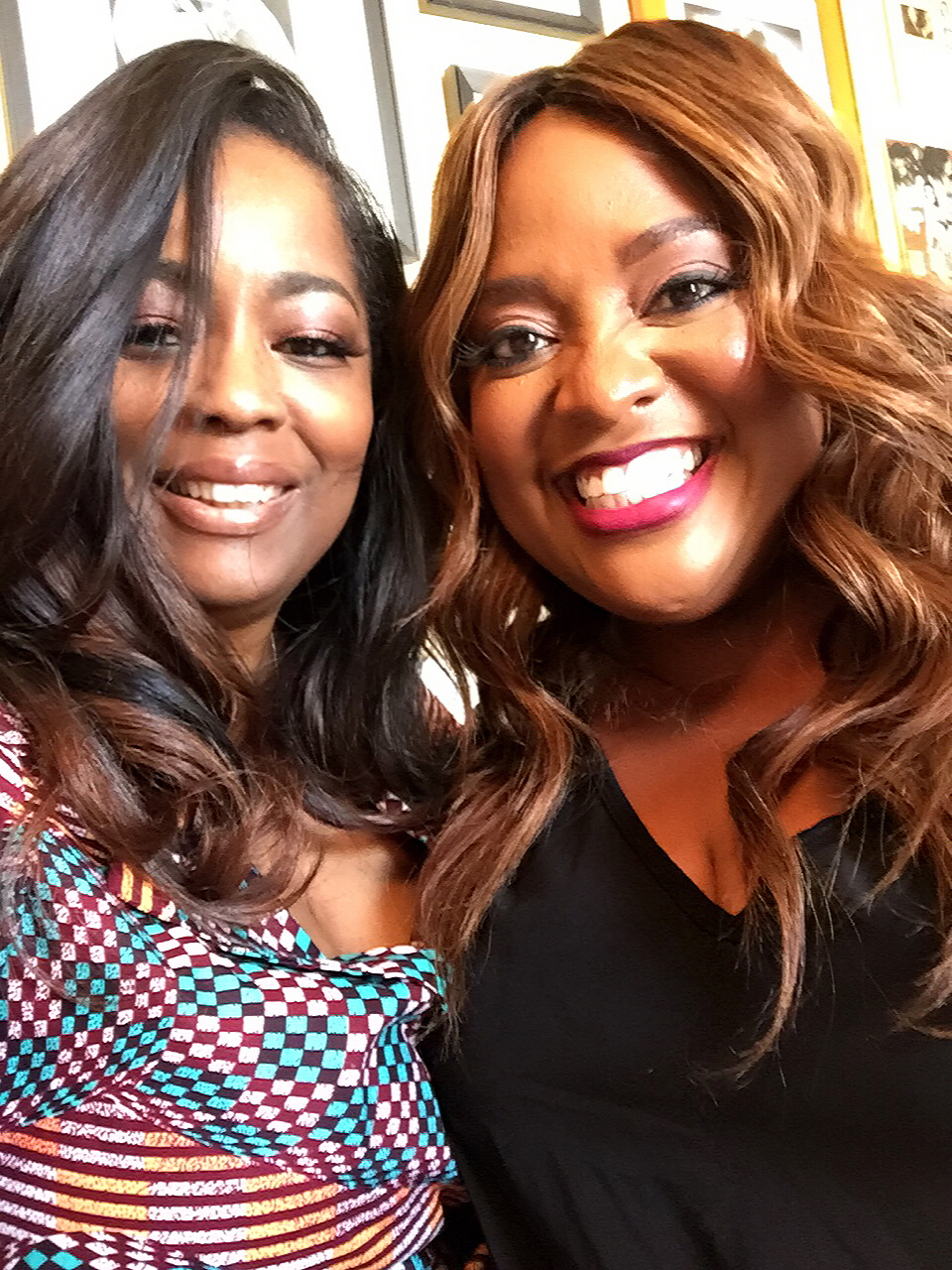 NBC has a new show called, Trial & Error that follows Josh Segal, a bright-eyed New York lawyer, who heads to a tiny Southern town for his first big case. His mission? To defend an eccentric, “rollercizing” poetry professor (John Lithgow, “3rd Rock from the Sun”) accused of the bizarre murder of his beloved wife. While out in Los Angeles, I had the opportunity to chat with Actress Sherri Shepherd over brunch about her new role as Anne Flatch(A researcher/assistant) her wardrobe and so much more!

So over a hilarious lunch with Actress and Comedian Sherri Shepherd we all got a lot of laughs! She was fun to chat with and she even loved my dress I was wearing! We jumped right into a conversation with her about her new role in a new tv show called, Trial & Error. She said that her character “Anne Flatch” is quite the character. Flatch is a legal researcher at a law firm, she has facial amnesia, no tear ducts, laughs inappropriately, makes lots of Jewish jokes and so much more.

I asked her about the wardrobe for Flatch and she stated that Anne is the type of person that would put clothes in layaway at Sears but that Sears doesn’t have a layaway lol. She is very homely, a clog hopper, with no real fashion sense. She also loves candy necklaces.

Sherri went on to say that she first turned down the project because she didn’t want to move back to Los Angeles. She lived in New Jersey with her son Jeffrey and life was good. She liked being home with her son. But then this role came and they kept calling. She couldn’t turn it down plus they kept asking her to just come in and read for it. After that, someone hit her car, then gave her a cash offer on her home in New Jersey and the rest is history! Six days later, Shepherd moved back to Los Angeles. Yep, it was that fast, she said it was a calling.

It was truly a great lunch, we really got to know her, learn about her latest project and her family. I never knew how funny Sherri was until sitting down with her. She really loves her family, working and making people laugh. Sherri said the best advice that fellow Actor John Lithgow ever gave her was, “Don’t Be Afraid To Laugh”. 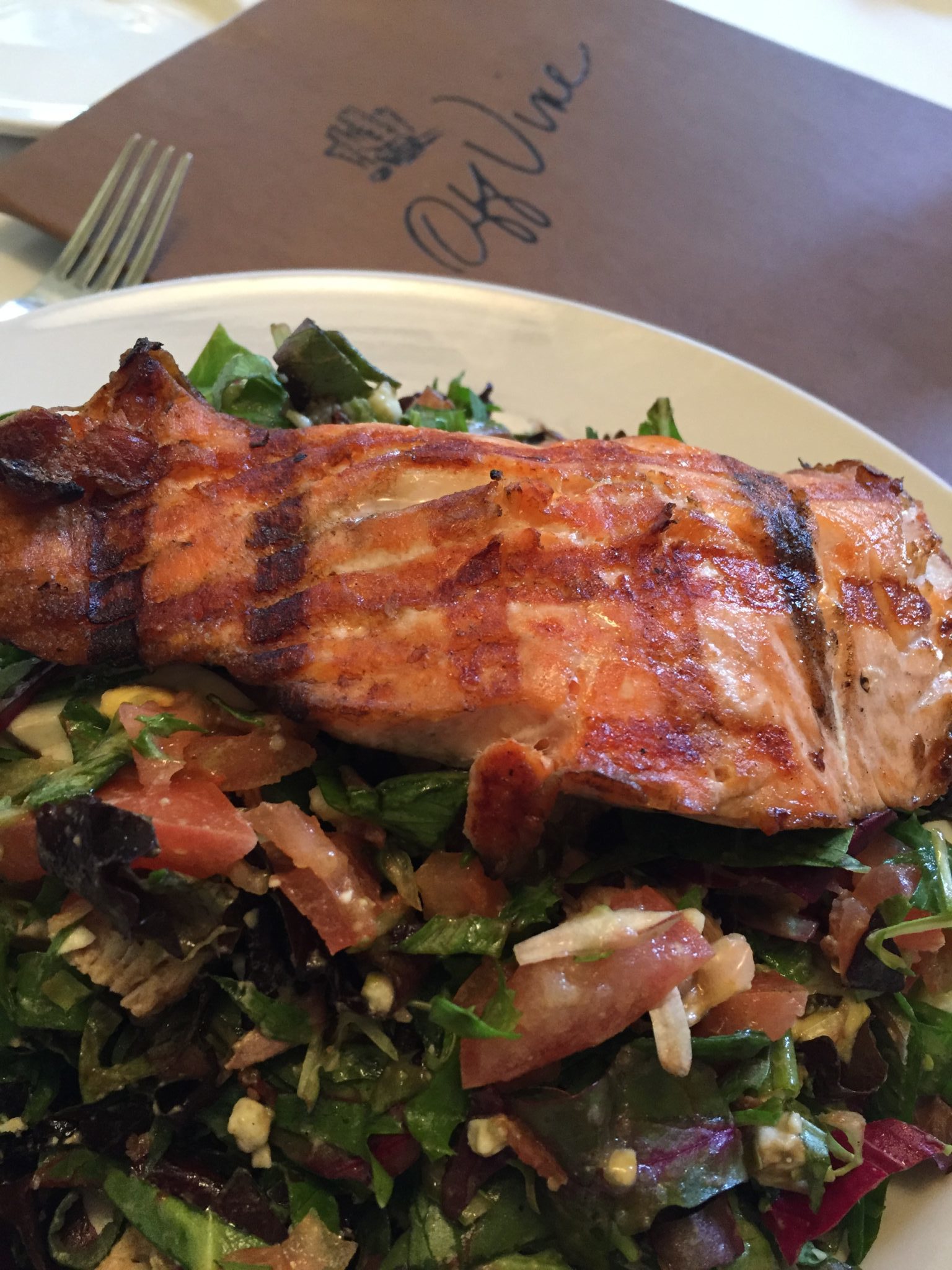 Off Vine restaurant in West Hollywood 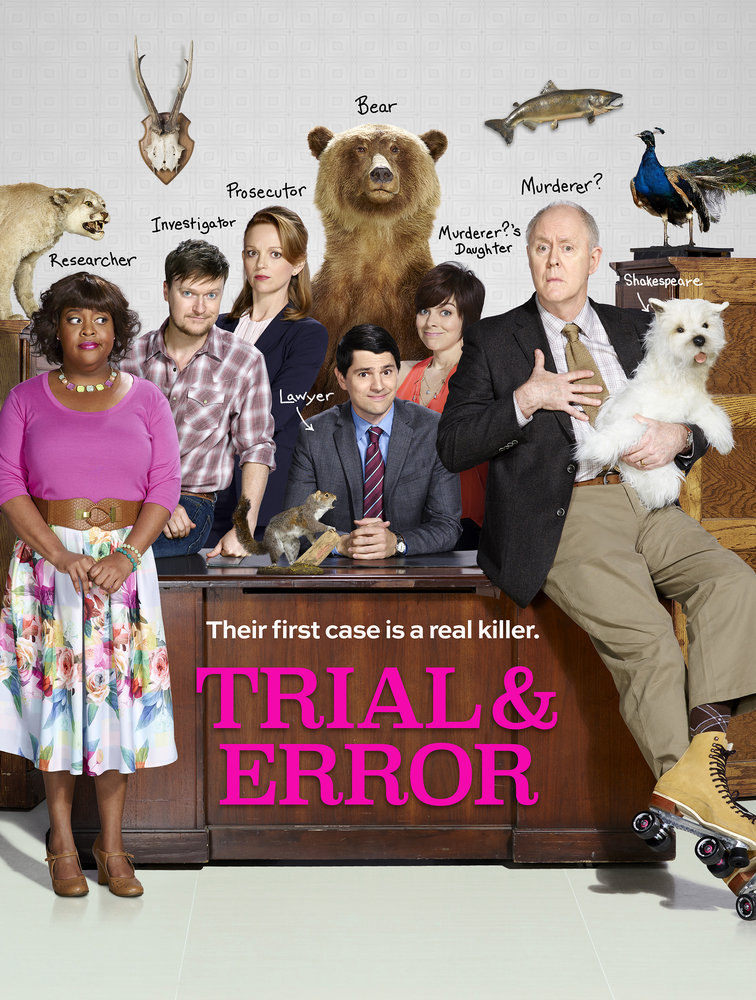 ABOUT TRIAL & ERROR
In this outrageous fish-out-of-water comedy, Josh Segal, a bright-eyed New York lawyer, heads to a tiny Southern town for his first big case. His mission? To defend an eccentric, “rollercizing” poetry professor (John Lithgow, “3rd Rock from the Sun”) accused of the bizarre murder of his beloved wife. Settling into his makeshift office behind a taxidermy shop and meeting his quirky team of local misfits, Josh suspects that winning his first big case will not be easy – especially when his client is always making himself look guilty. “Making a Murderer” can be funny!