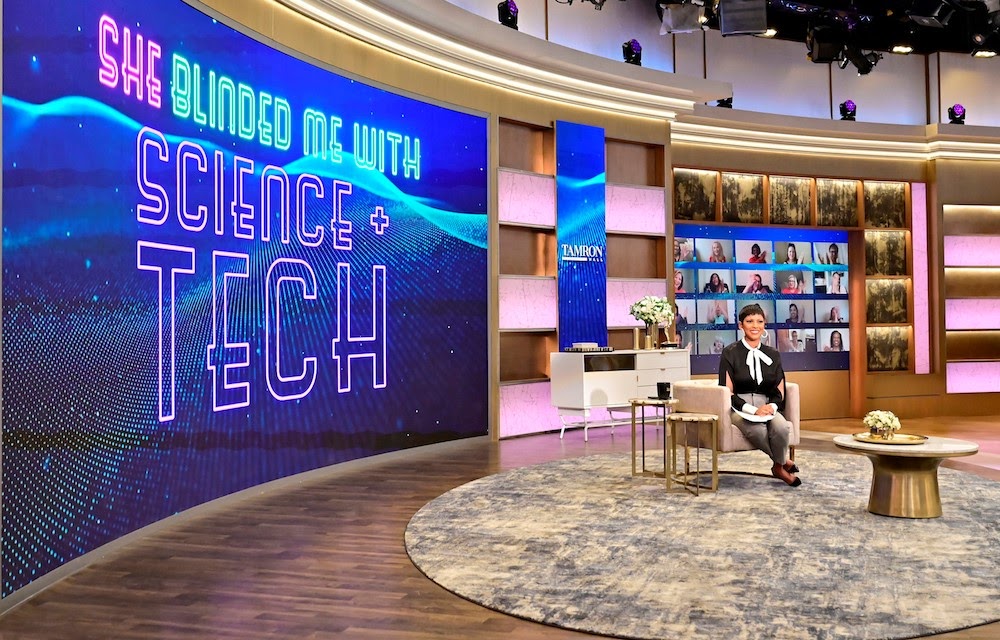 The Monday, April 12 edition of “Tamron Hall” is all about women rocketing to new heights in science and technology. Hall is joined by Bumble Inc. CEO Whitney Wolfe Herd who revolutionized the dating world with her app. In her first daytime interview since becoming the world’s youngest self-made female billionaire, Herd discusses the concept behind the popular women-first dating app and her reaction to being the youngest woman to take a company public.

I was on Bumble for about two days and hated it, deleted the app right away! I can NOT do dating apps, no thanks! Check out the video clip inside…

Wolfe Herd on the concept of Bumble and how she developed it:

“I figured that technology couldn’t be that different from the way we were just behaving in real life, and myself and virtually every woman I knew struggled with feeling like they had to wait. And for those women that were interested in men, they found themselves sitting around and waiting for men to message them or agonizing over the three day rule, or the ‘when am I allowed to message first?’ And we’ve all been trained to let the man come to us, but this was unraveling in such a negative way, both offline and online. If you put the expectation on the men to always make the first move, they’re going to be rejected. And when somebody is rejected, they can become aggressive, they can become insecure and that leads to all sorts of things like harassment and abuse and as that went digital it started to play out in a very real way and so I thought if we could just stop this behavior in its tracks and for the first time maybe ever, outside of the Sadie Hawkins dance, say women should go first and it should be that way all day every day. No excuses.”

On being the youngest woman to take a company public:

“It’s been a really long journey, lots of ups and downs, lots of days where I, you know, thought I couldn’t go another day, there’s so many challenges when you’re building a business but it was incredibly rewarding to celebrate with our team such an important milestone and, you know, I’m just really excited to pass the torch to the next woman and hopefully be an advocate and an ally to them as they embark on, you know, taking their businesses public and I certainly hope that in a short period of time we won’t look at that as such a landmark moment and it will be the norm, you know men take their businesses public every day, all day long every morning in the Stock Exchange or at NASDAQ there’s bells ringing and, you know, it was great to be celebrated and we really appreciated it but I think, you know, if we do our job right, it will just become status quo.”