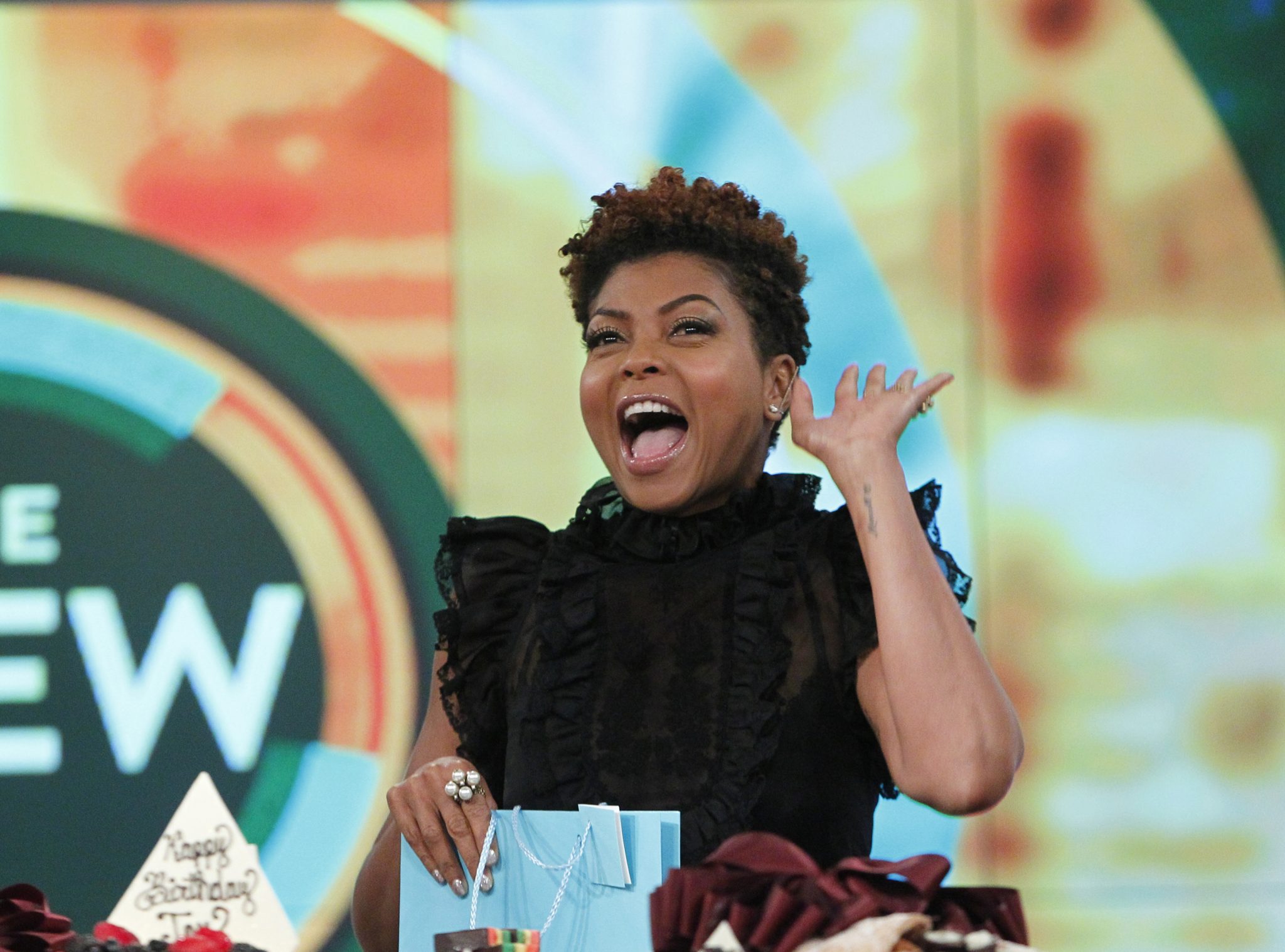 Actress Taraji P. Henson made an appearance on ABC’s “The View” while she helped celebrate Joy Behar’s birthday with guests Triumph the Insult Comic Dog and Barry Manilow. She was so funny and gave Joy a calendar featuring Bernie Sanders called, “A Year Of Feeling The Bern!” She also talked about her dog passing away and getting a star on the Hollywood Walk of Fame next year. She said she dreamt that should would make it to this level. She stated, “I dream big, noone ever gave me anything.” On this season of Empire she is running the company and everyone has their doubts plus her and Lucious are still not back together. I have a video clip inside and more pictures, enjoy your day! 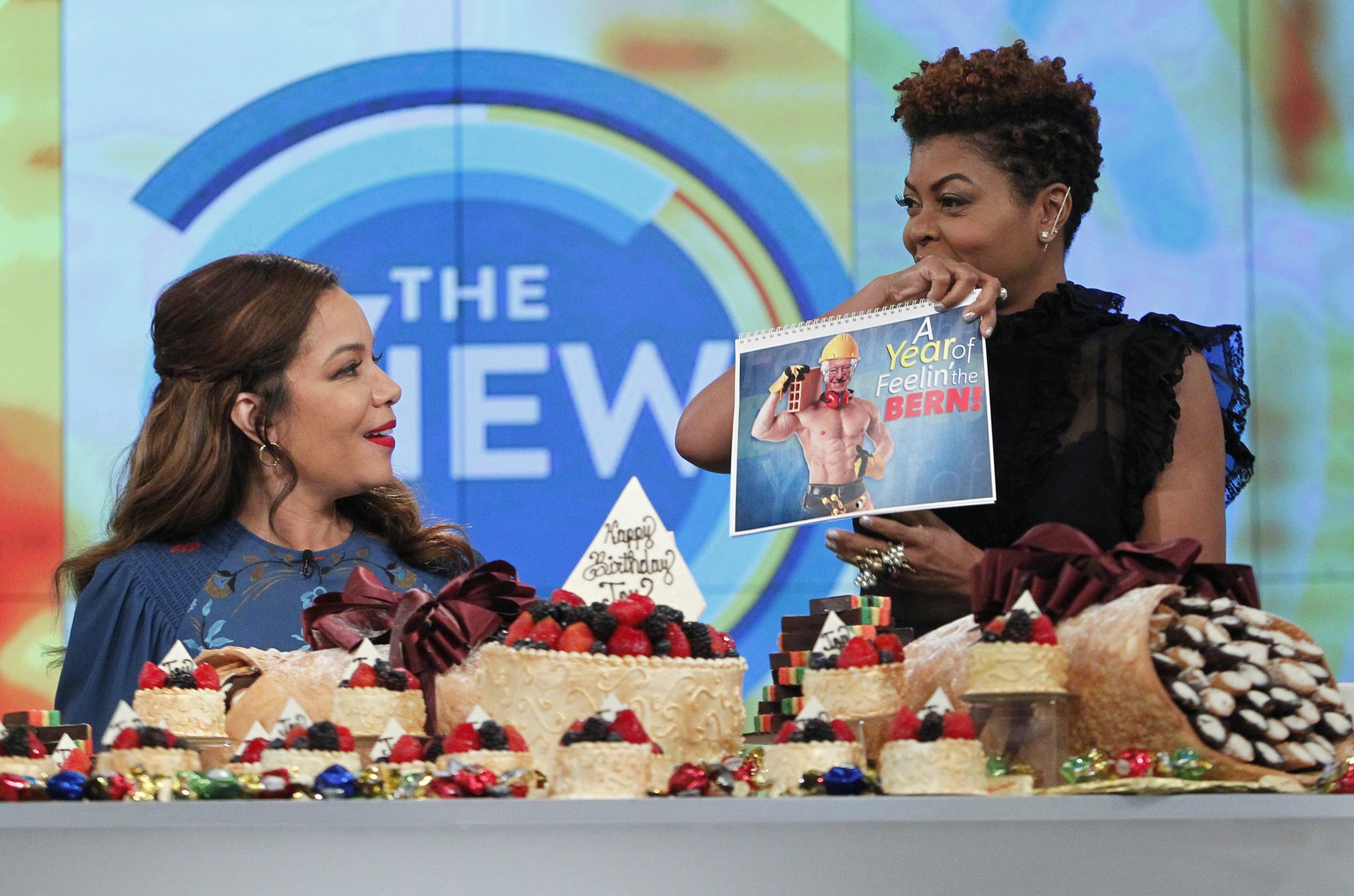 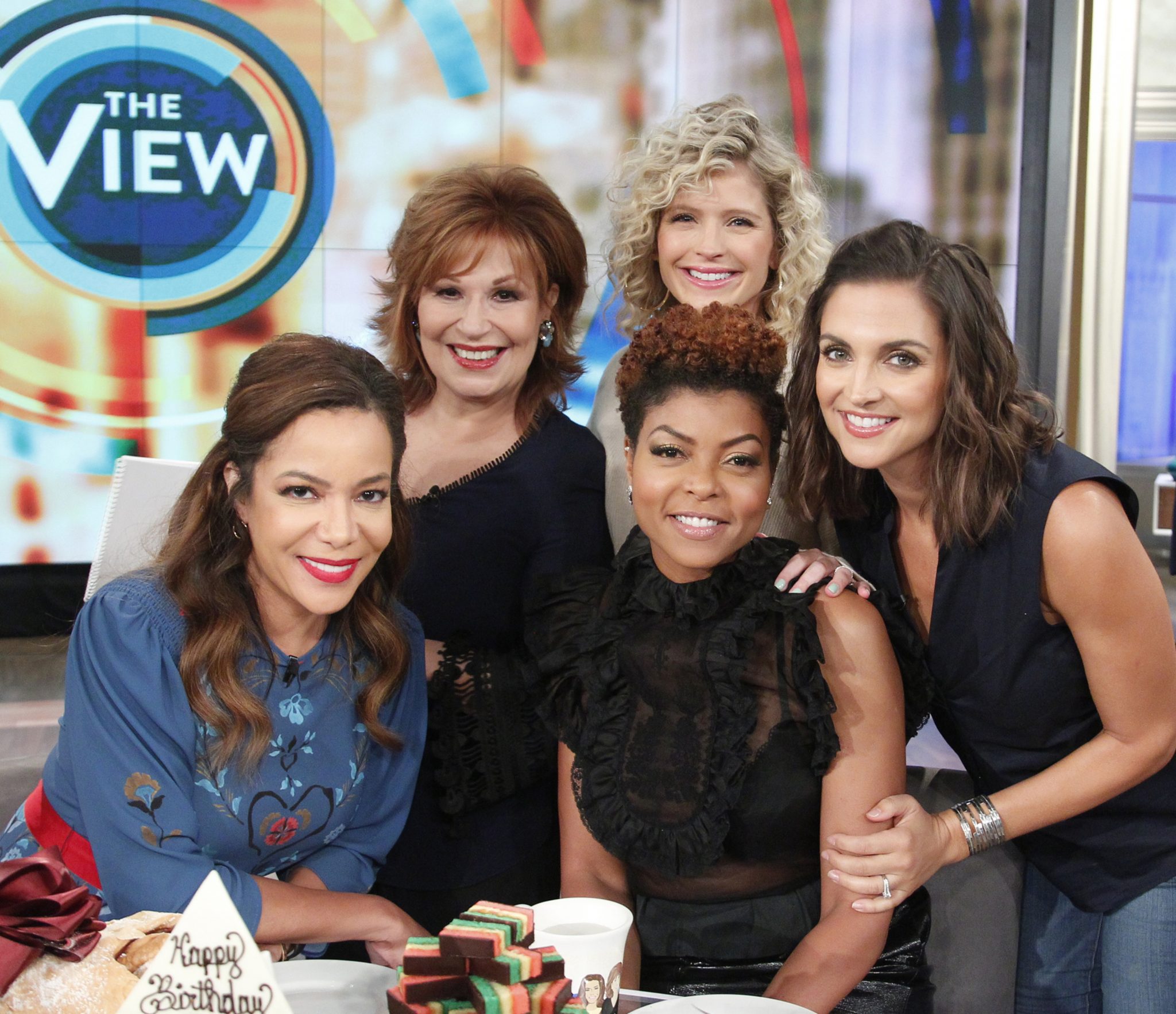 One thought on “In Case You Missed It: Taraji P. Henson On The View”