Oh my! CHANNING TATUM aims to please! The MAGIC MIKE XXL star twerked for JENNIFER LOPEZ after presenting her with an MTV MOVIE AWARD last night. Fellow cast mates ADAM RODRIGUEZ, MATT BOMER, and JOE MANGANIELLO looked on in amusement as CHANNING showed off his twerking skills for J.LO. MAGIC MIKE XXL opens in theaters nationwide on July 1st! Please feel free to share with your readers and let me know if you need anything else. 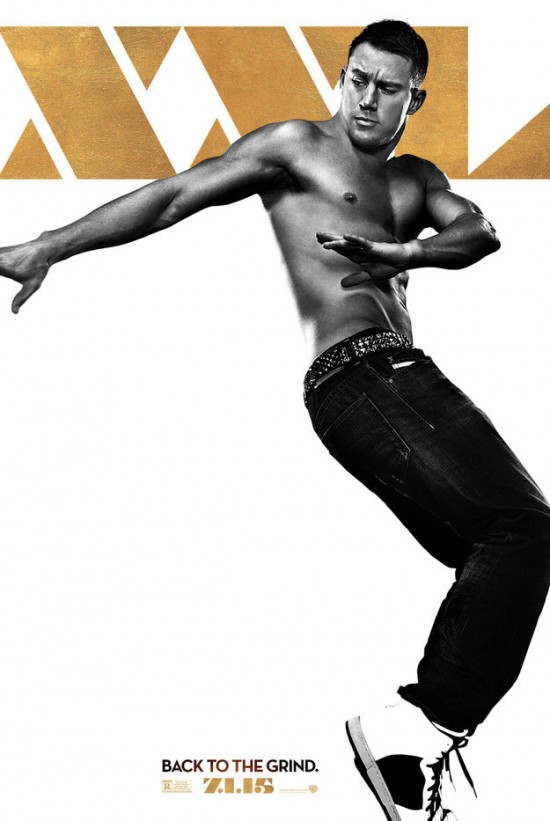 Picking up the story three years after Mike bowed out of the stripper life at the top of his game, “Magic Mike XXL” finds the remaining Kings of Tampa likewise ready to throw in the towel. But they want to do it their way: burning down the house in one last blow-out performance in Myrtle Beach, and with legendary headliner Magic Mike sharing the spotlight with them.

On the road to their final show, with whistle stops in Jacksonville and Savannah to renew old acquaintances and make new friends, Mike and the guys learn some new moves and shake off the past in surprising ways.

“Magic Mike XXL” is directed by Emmy Award winner Gregory Jacobs (“Behind the Candelabra”), who served as a producer on “Magic Mike,” as well as numerous features in a long-running collaboration with Steven Soderbergh. “Magic Mike XXL” is produced by Nick Wechsler, Gregory Jacobs, Channing Tatum and Reid Carolin, with a screenplay by Carolin. Steven Soderbergh, who directed the first film.