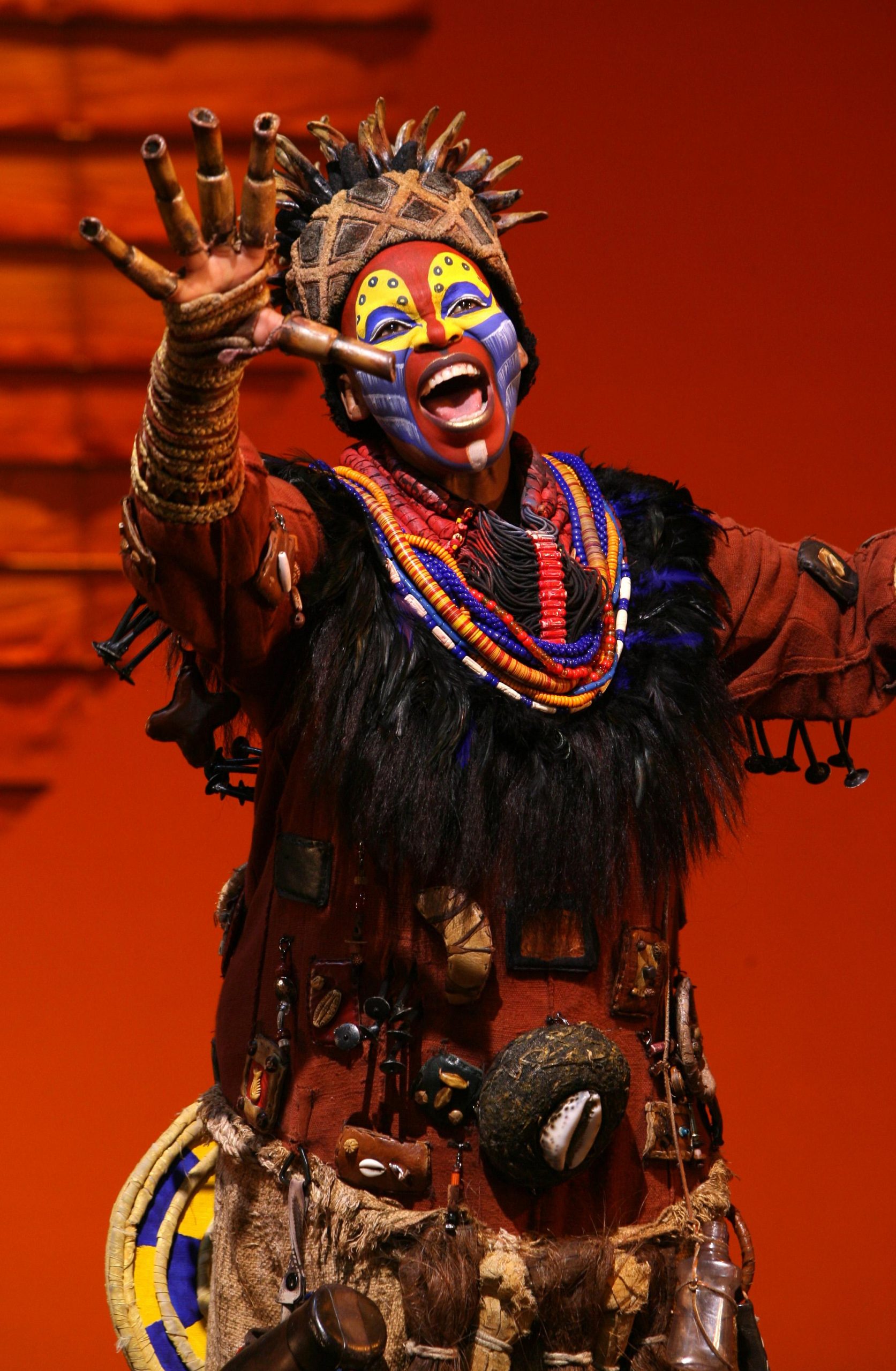 The Lion King returns to Broadway’s Minskoff Theater on September 14, 2021 while Aladdin resumes performances at Broadway’s glorious New Amsterdam Theater on  September 28, 2021. Tickets are on sale now.  Visit disneyonbroadway.com for tickets and information.

As Disney on Broadway returns, it introduces a suite of added benefits that offers guests a flexibility unprecedented in Broadway history.

These benefits, created with the guest experience in mind, include Disney paying 100% of Ticketmaster service and order fees; the freedom to exchange or even cancel tickets at no charge up to and including the day of performance; and Double the Magic, a two-show package, which offers the greatest savings with tickets for both shows starting at $149 total.  Broadway has traditionally offered its customers only two purchase models: advance purchase, ensuring performance date and seat location but offering no flexibility when plans change; or last-minute options such as TKTS or show lotteries, which offer greater value but preclude advance planning.  Disney on Broadway offers far greater flexibility, combining the best of both models for the first time ever.

“After 18 months of being apart we are thrilled to welcome our audiences back and are proud to introduce these unique benefits to make buying Broadway tickets risk-free, flexible and affordable,” said Thomas Schumacher President & Producer Disney Theatrical Productions. “Broadway’s reopening – before tourists fully return – will be the perfect time for us tri-staters to attend Broadway as shows will be more accessible than ever.”

The September 14th return of Broadway – kicked off by Hamilton, The Lion King and Wicked – was announced this morning in a joint appearance  on ‘Good Morning America.’  This rare alliance between Broadway’s three highest profile hits sends a message that Broadway is united in its commitment to ending a devastating period of hardship for the tens of thousands who make their living directly on Broadway shows and the tens of thousands in dependent industries.

Beyond Broadway, the North American tours of The Lion King and Frozen and international productions of five titles will be among the 20+ Disney Theatrical productions resuming performances in nine countries on four continents in 2021.

The New Amsterdam and Minskoff Theatres will follow New York State and CDC guidelines to ensure the safety of all actors, production staff, theatre employees, and audience members. As public health conditions and the State’s guidance for performing arts and live entertainment changes, the theatre will remain flexible and adapt to applicable health protocols, such as face coverings, health screening, enhanced air filtration and ventilation, and rigorous cleaning and disinfection. For information on safety protocols at The Minskoff Theatre visit lionking.guide.  For information on safety protocols at The New Amsterdam Theatre visit aladdin.guide.

There are no extra per-ticket service charges on Ticketmaster. Pay only the ticket face value.  Available for performances through August 7, 2022.

FREE CHANGES and CANCELLATIONS UP TO DAY OF PERFORMANCE

If you cannot attend your performance, exchanges and refunds are free. Available for performances through August 7, 2022.

Celebrate the return of Disney on Broadway by purchasing a ticket to both shows for one special rate, as low as $149 total. Available through July 1, 2021.

With each Double the Magic package purchased, you’ll receive one ticket to THE LION KING and one ticket to ALADDIN in the seating section you choose. If you don’t know yet when you want to join us, no problem. You can choose your performance dates any time after purchase and get personalized concierge service to secure your best seats. You’ll fill out a simple form when you are ready and we will take care of the rest.

Our other policies apply to your Double the Magic purchase as well:

About The Lion King

After 23 landmark years on Broadway, The Lion King continues ascendant as one of the most popular stage musicals in the world. Since its premiere on November 13, 1997, 25 global productions have been seen by more than 100 million people. Produced by Disney Theatrical Productions (under the direction of Thomas Schumacher), The Lion King has made theatrical history with three productions worldwide running 15 or more years and three others running 20 or more years.

Performed over its lifetime in nine different languages (English, Japanese, German, Korean, French, Dutch, Spanish, Mandarin and Portuguese), productions of The Lion King can be seen – when they return from the Covid shutdown – on Broadway; London’s West End; Hamburg; Tokyo; Madrid; on tour across North America, Japan and The U.K. & Ireland, with a separate production touring internationally, for a total of nine productions running concurrently across the globe. Having played over 100 cities in 21 countries on every continent except Antarctica, The Lion King’s worldwide gross exceeds that of any film, Broadway show or other entertainment title in box office history.

The show’s director, costume designer and mask co-designer Julie Taymor continues to play an integral part in the show’s ongoing success. The first woman to win a Tony Award for Direction of a Musical, Taymor continues to supervise new productions of the show around the world.

The Broadway score features Elton John and Tim Rice’s songs from the Lion King animated film along with three new songs by John and Rice; additional musical material by South African Lebo M, Mark Mancina, Jay Rifkin, Julie Taymor and Hans Zimmer; and music from “Rhythm of the Pride Lands,” an album inspired by the original music in the film, written by Lebo M, Mark Mancina and Hans Zimmer. The resulting sound of The Lion King is a fusion of Western popular music and the distinctive sounds and rhythms of Africa, ranging from the Academy Award®-winning song “Can You Feel the Love Tonight” to Lebo M’s rich choral numbers.

Elton John, Lebo M, and Hans Zimmer all collaborated on the 2019 version of the film, executive produced by Julie Taymor and Thomas Schumacher, which has gone onto extraordinary worldwide success. 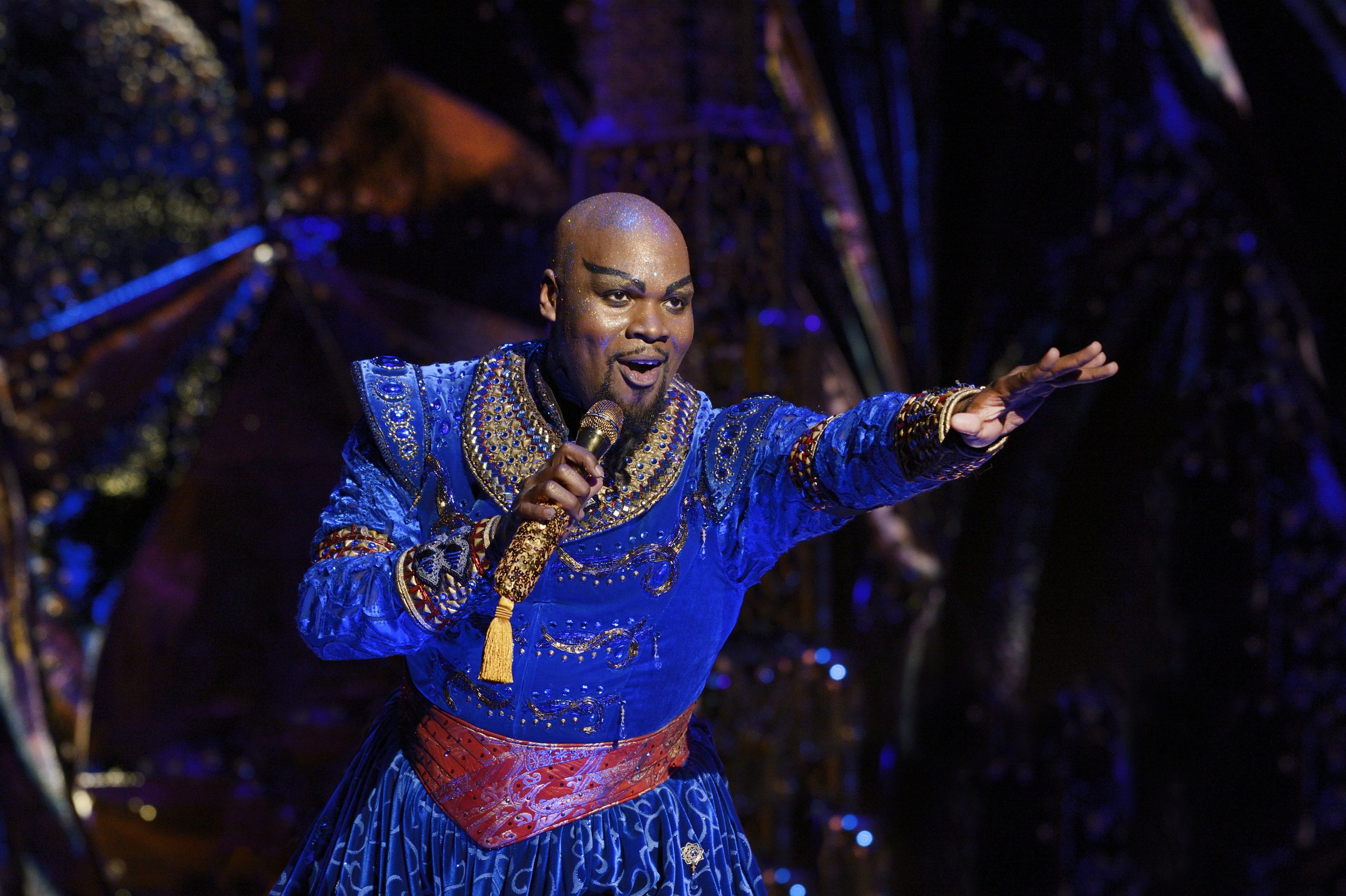 Aladdin, the hit musical based on the Academy Award®-winning animated film, opened to critical acclaim on Broadway at the New Amsterdam Theatre on March 20, 2014 and quickly established itself as one of the biggest new blockbusters in recent years, breaking 14 New Amsterdam Theatre house records. Worldwide it has welcomed more than 10 million people, grossed over $1 billion and its global footprint encompasses – when productions return from the Covid shutdown – Tokyo, Germany and Holland.

Aladdin, adapted from the animated Disney film and centuries-old folktales including “One Thousand and One Nights,” is brought to fresh theatrical life in this bold new musical.  Aladdin’s journey sweeps audiences into an exotic world of daring adventure, classic comedy and timeless romance.  This new production features a full score, including the five cherished songs from the Academy Award-winning soundtrack and more written especially for the stage.

The animated film Aladdin was released by Disney in 1992 and was a critical and box office smash, becoming the highest-grossing film of the year.

The film won the Oscar for Best Original Score and introduced the hit song “A Whole New World,” which won the second of the film’s two Academy Awards as Best Original Song.  The Peabo Bryson/Regina Belle recording of the tune soared to #1 on the Billboard Hot 100 chart.