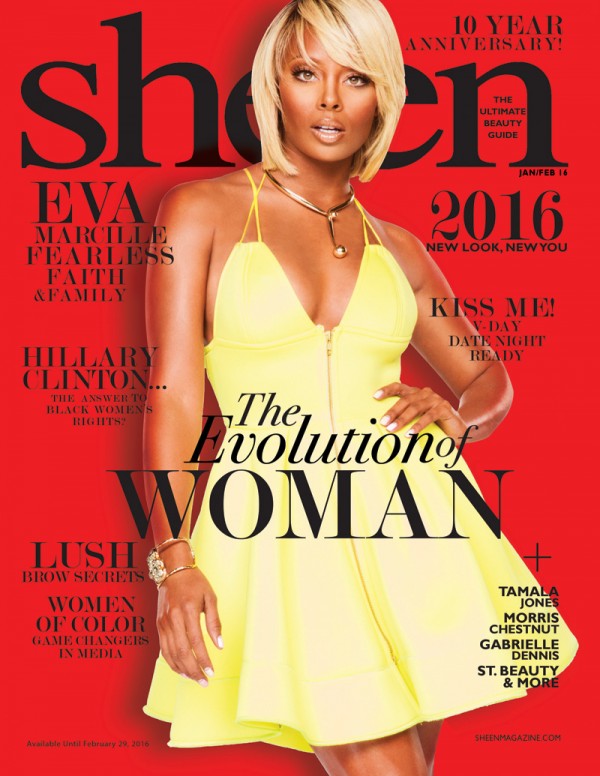 The ever so stunning EVA MARCILLE is a smashing hit on the Cover of the   January/February, YEAR OF THE WOMAN issue. Plus, SHEEN Magazine enters a new era in 2016 celebrating a Decade of Existence and Beauty Cultivation
SHEEN Magazine, the black owned and operated publication, salutes the contemporary superwoman in its 10th year of existence and beauty cultivation.

Cover girl Eva Marcille flawless, cutting edge beauty, modeling, acting career and motherhood are the epitome of the new age superwoman. With the rise of women of color leading and writing primetime shows, such as Shonda Rhimes, actress Viola Davis said it best: “the only thing that separates women of color from anyone else is opportunity.”

The Year of the Woman January/February issue of SHEEN Magazine lands on stands December 29, 2015.