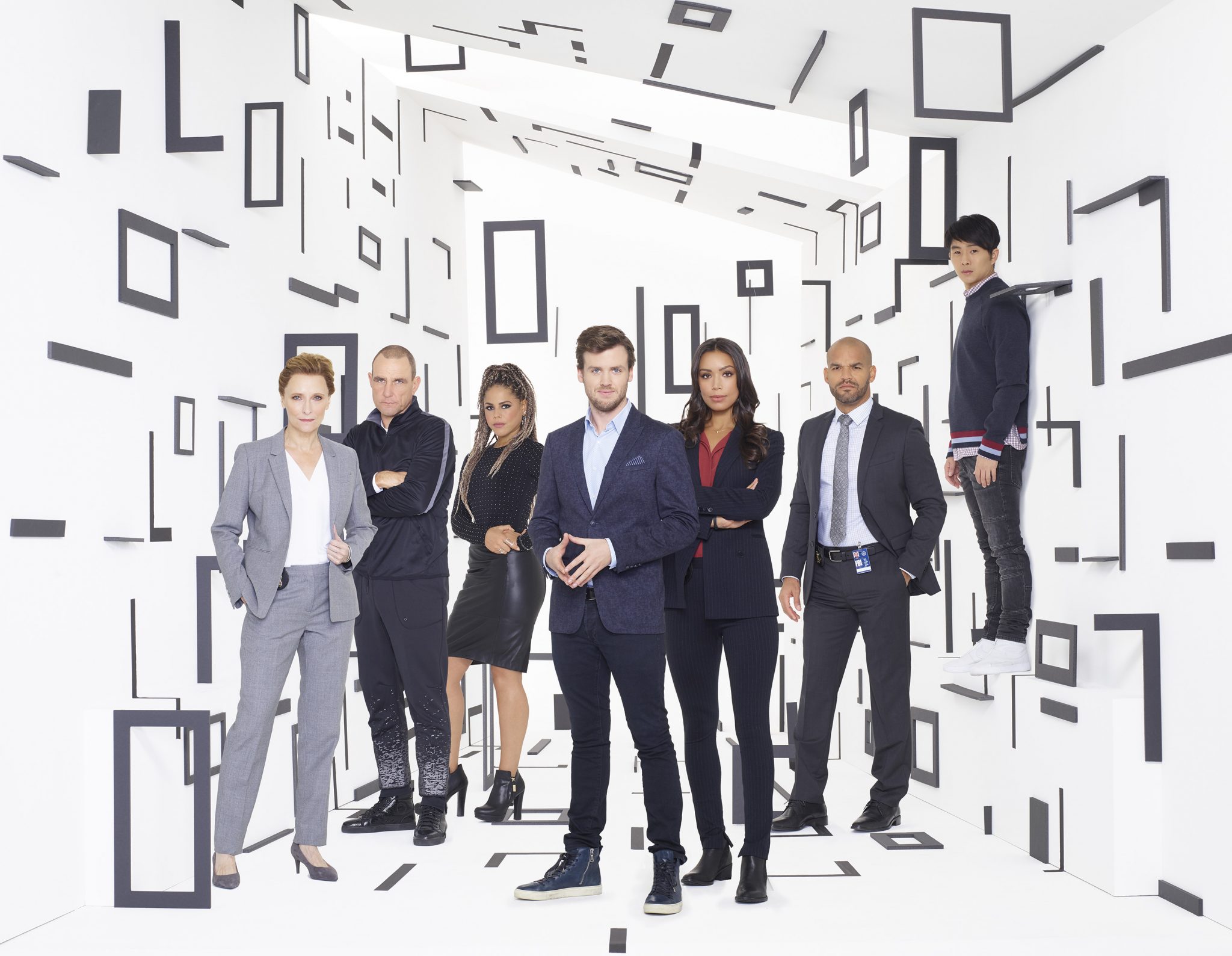 It’s not everyday you are at ABC’s studio lot and get to talk with Chris Fedak(Creator & Executive Producer), who has a new tv show that is premiering tonight called, “Deception”. Then if that was not enough, he had his hype man with him by the name of David Kwong(Co-Producer), who’s a professional magician, so yeah this was kinda cool! I met them about two weeks ago while out in Los Angeles and we got to screen their new show that I think is pretty interesting!

Not only did they both describe the show to us, David then showed us a few magic tricks that left us speechless! While viewing the show, it’s about the FBI and a Magician that try to solve cases. It’s full of suspense where you have to think hard to figure out who did it with a lil imagination! I liked it and they told us about the concept and so much more, check it out inside… 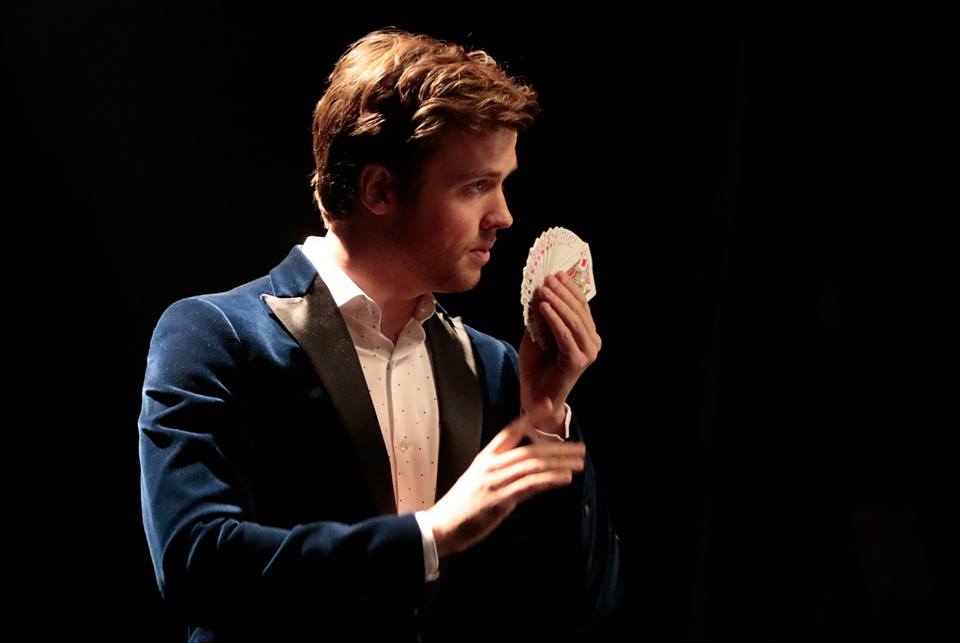 Synopsis: Superstar magician Cameron Black is bringing his skill for illusion to the FBI. Using every trick in the book and inventing new ones, he will help the government catch the world’s most elusive criminals while staging the biggest illusions of his career. Starring Jack Cutmore-Scott 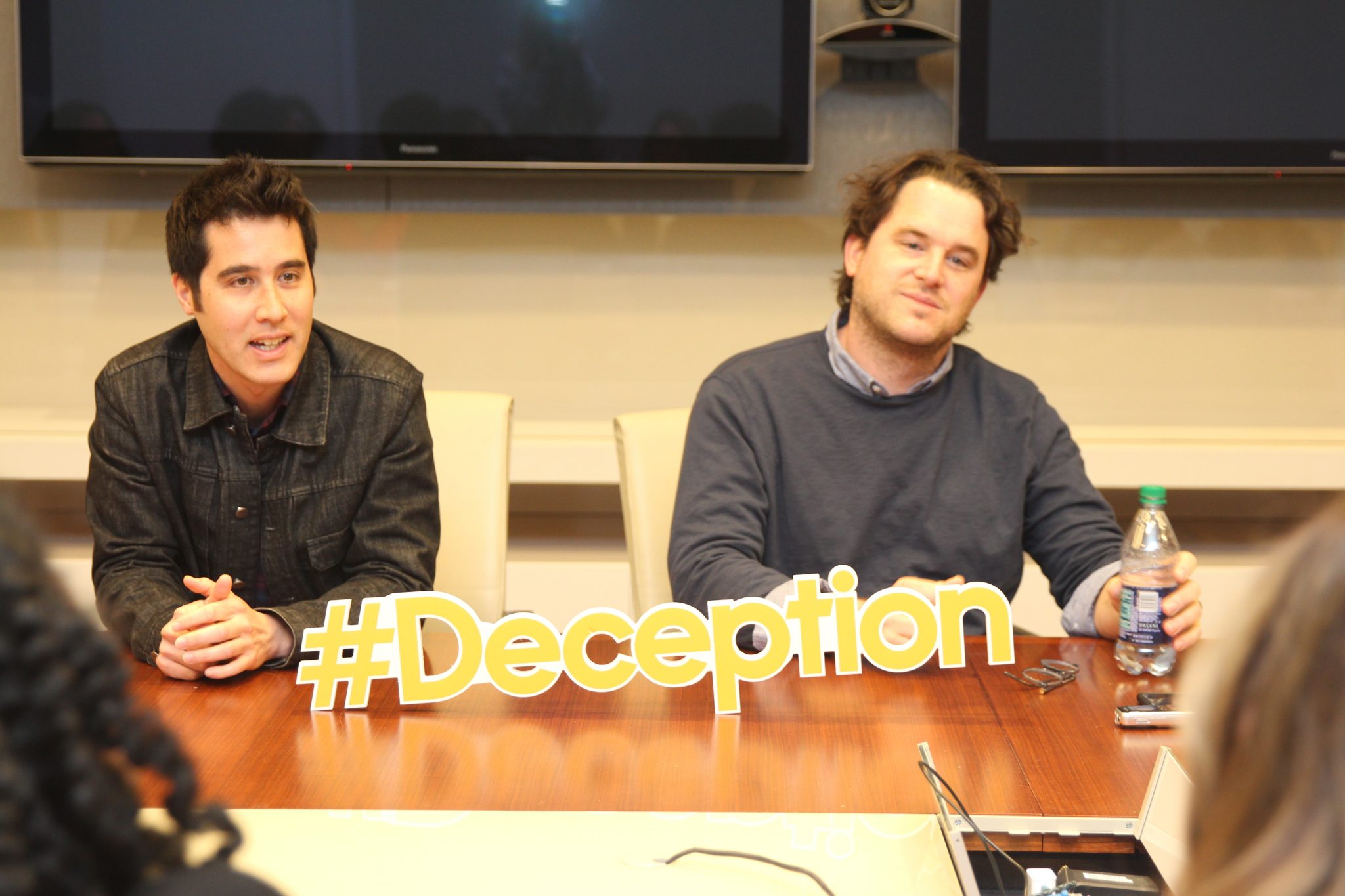 How did you decide the elements were going to go into it?

Chris: Well first off, when I came to this, I wanted it to be a lot of people today would say, let’s make a disturbing cable show or a streaming show, which is great, I have those ideas too, I’d like to do that someday. But for me, I really wanted to make a fun network show, I wanted to make a show that was like you’re going to sit down, and I’m going to entertain you, and this is going to be the most fun you could possibly have. And that’s where this show comes from, it was designed to be a network TV show and that’s why ABC was the perfect home for it. But to your- too what you’re saying, it’s like for me, I love when shows take other shows and- you sort of mush them together and you get something special out of that, so there’s definitely elements of this show that have a bit of- like Castle elements or Sherlock.

I’d love for those comparisons and essentially that’s a big part of Deception because that’s what I watch. But the other thing too is I also like romance and I like comedy. And since this is ABC, it’s like I want those elements to be a part of the show too because we’re not making like, I don’t imagine it’ll last and last long this show. It’s like he is not going to be solving you can’t- crimes- that guy is great- he’s funny, he’s hilarious, so we want to also explore those characters and those relationships. My cast is wonderful. And so we want to have- this will be a much more emotional cop show with bad guys than you could- than even I knew I was going to have.

How are the tricks real or are they like, oh since this is TV, we can kind of make it, you know, like can you create apps or something?

Chris: We try to do it as real as possible. When you’re making a show, you’re always up against time constraints, so occasionally we have to juje something. But it was important for all of us to make it- to make them all tricks that could be possible, that I could actually do. So it’s all real sleight of hand. Jack’s doing almost all of it himself. That opening, that opening trick, that’s a one-take of him shooting cards and catching them, he’s really doing that whole thing.

What comes first, the magic trick or the script? Like do you build the story around the illusion or do you try to create an illusion that will go into the story?

Chris: It was cool, at the beginning of the world David essentially stepped out with all the writers and like we sit in the writers room and our writers room is a little bit different because there’s this one whole board where it’s like he did a class where he essentially went through different theories of magic, put them up on the board, then we talked about them. And then on all the other boards, we’d talk about the story and what we want to do and how we’re going to break down the season and all the mystery stuff.

And each individual episode and like what we’re excited about. And then we merged the two together, said which thing goes with this. Because the better the deception, it the illusion matches up with the emotions that we’re doing in that episode, that’s when we’re really kind of hitting that sweet spot. And I think what we’ve learned over the course of the season is that we can do a lot. It’s like, you know. We do a lot of- we have cases, we have those elements of the story, we have like some great guest stars coming in this season. But we can also go big there’s lots of crazy things that we do and that was fun to see. 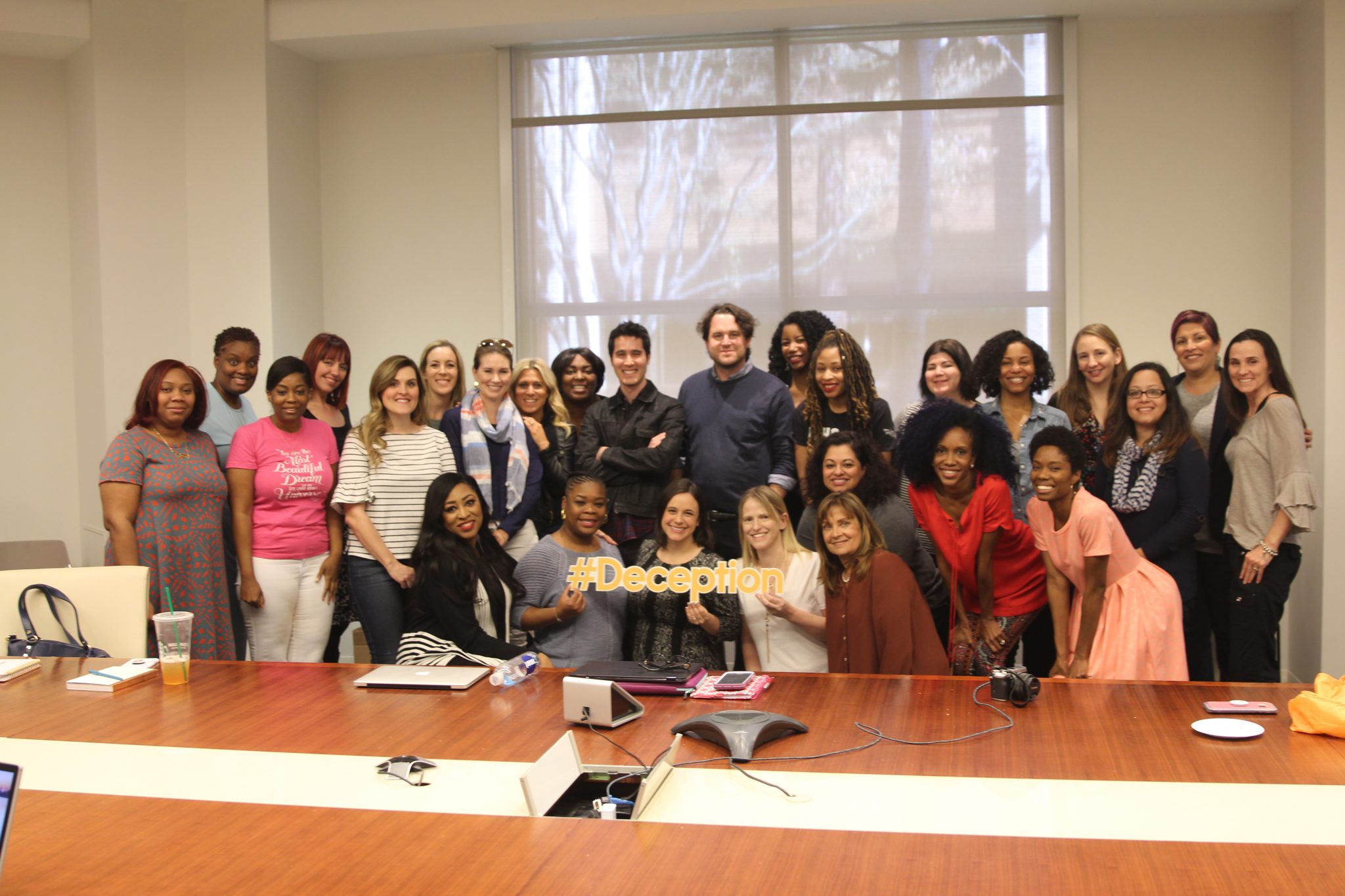