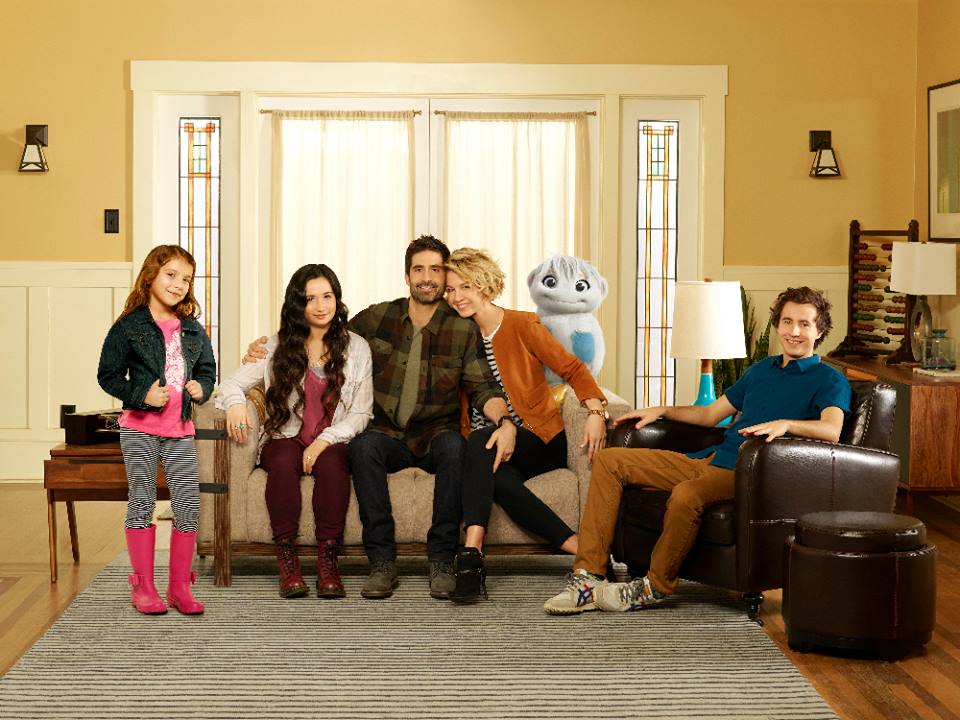 Have you guys tuned in to the funny tv show Imaginary Mary yet? If not, it airs again tonight on ABC. I had a chance to see this show in Los Angeles and talk to the two main characters Jenna Elfman (who plays Alice) and Stephen Schneider (who plays Ben). We also chatted with Executive Producers David Guarascio and Doug Robinson.

It’s a funny twist on relationships in these days and we all know most families are blended now. Ben is a divorced dad of three while his girlfriend Alice has NO children and wants no parts of it. She reminds me of how I was when I was younger. I didn’t care to date guys with kids, they just simply made me nervous and I was not really ready to be that grown up yet lol. Alice also has an adorable imaginary friend named “Mary” who pops in and out. She tries to give Alice key advice about life lessons and challenges. More info inside… 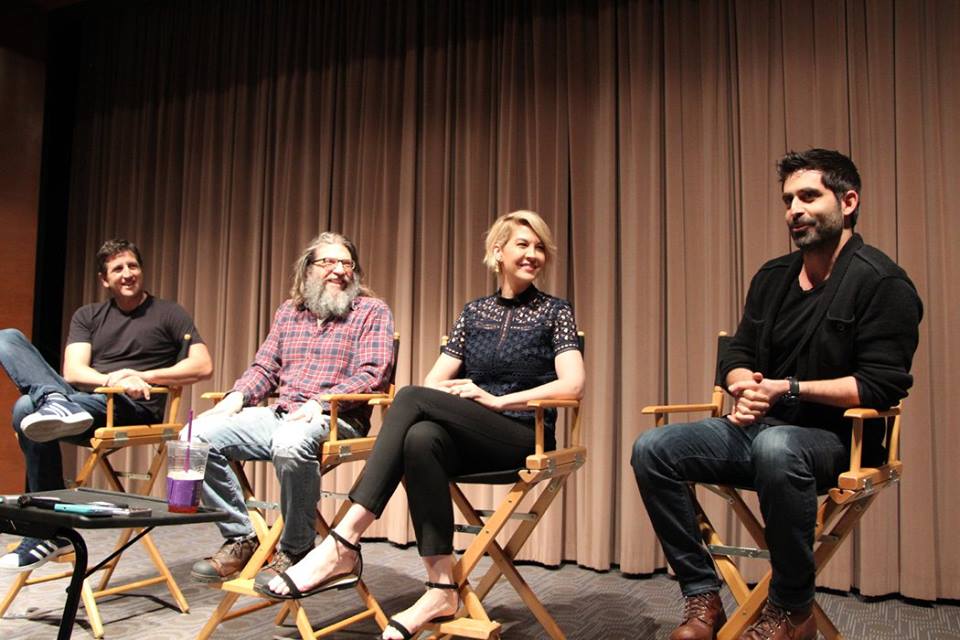 How did you guys come up with the show?

I had a meeting with an animator named Patrick Osborne who won the Academy Award for a short film called Feast, and he was sort of just doing his victory tour. We were sitting down talking, and I said, do you have any ideas that you wanna do in television.

Doug: And he said, I’ve always wanted to do a show about somebody who has an imaginary friend. So I produced the Goldbergs with Adam Goldberg, and there’s no one in touch with his inner child more than Adam, so I was like that’s the perfect guy, and Adam is busy running a show. So he said, I know the exact story that we should do, and David was a writer on The Goldbergs, and we’ve both known him for a long time, and a lot of this mirrors David’s life, so we brought David in, and that’s sort of where, where it all came together.

David: So then basically a divorced dad with kids; started dating a- just like Alice- a single career woman who really did not plan to have family in her life, and I was just too damned charming, basically, so broke through all that.

You’ll realize that as we continue to talk.  Adam and I had worked together previously, and I would just tell these stories about my wife, what she sort of like did with sort of trying to slowly get integrated into life with my kids and, we just thought it’d be a great idea for a TV show. So that’s sort of where it came from.

How much do you bring to your character? She is pretty quirky sometimes, wondering how much of that is the character and how much is you?

Jenna: I’m quirky. My husband would say- I never think I’m quirky, and then he’s, always pointing it out but not in a bad way. He’s just always, like, well I’m not sure who’s quirkier, though because it’s like the pot calling the kettle black, I never know if I’m quirky or if he’s just weird. But I think I don’t know, crazy people don’t know they’re crazy. I don’t know. I guess I’m quirky.

Do you ever find yourself talking to Mary outside of the workspace?

Jenna: No, because my kids are always talking to me. I can’t even hear my own thoughts, it’s just Mama, Mama, Mama, Mama, Mama… Um, no, I don’t, but we have a great actress- because when I was doing this, I was like, okay, guys, I can’t just have some random script supervisor doing Mary’s lines off camera, “uh, go see him; go to him,” I need kind of comedic presence; to have that energy and that rhythm. They’ve got a great, improv comedy actress to do lines with me, so she actually helps me learn my lines, because she has some extra time, I find myself talking to her, but that’s to learn my lines. There’s not a lot of spare time in my life when I’m filming this show because we’re doing sixteen hour days. 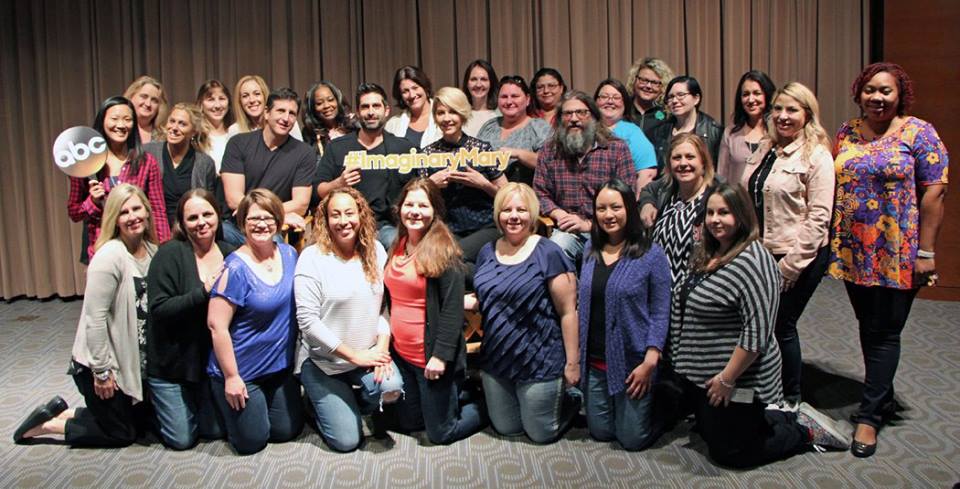 ALICE IS ON MOM DUTY FOR THE FIRST TIME
“The Mom Seal” – When Ben asks Alice to help him with her first mom-like task to pick up Bunny from dance class, Mary quickly discovers the simplest parental tasks are fraught with difficulty. Afterwards, Ben is disappointed when Alice tells him she can’t help with the kids anymore, but things change when Andy enlists Alice’s help to overcome his fear of taking a driving test, on the season premiere of “Imaginary Mary,” TUESDAY, APRIL 4 (9:30–10:00 p.m. EDT), on The ABC Television Network.