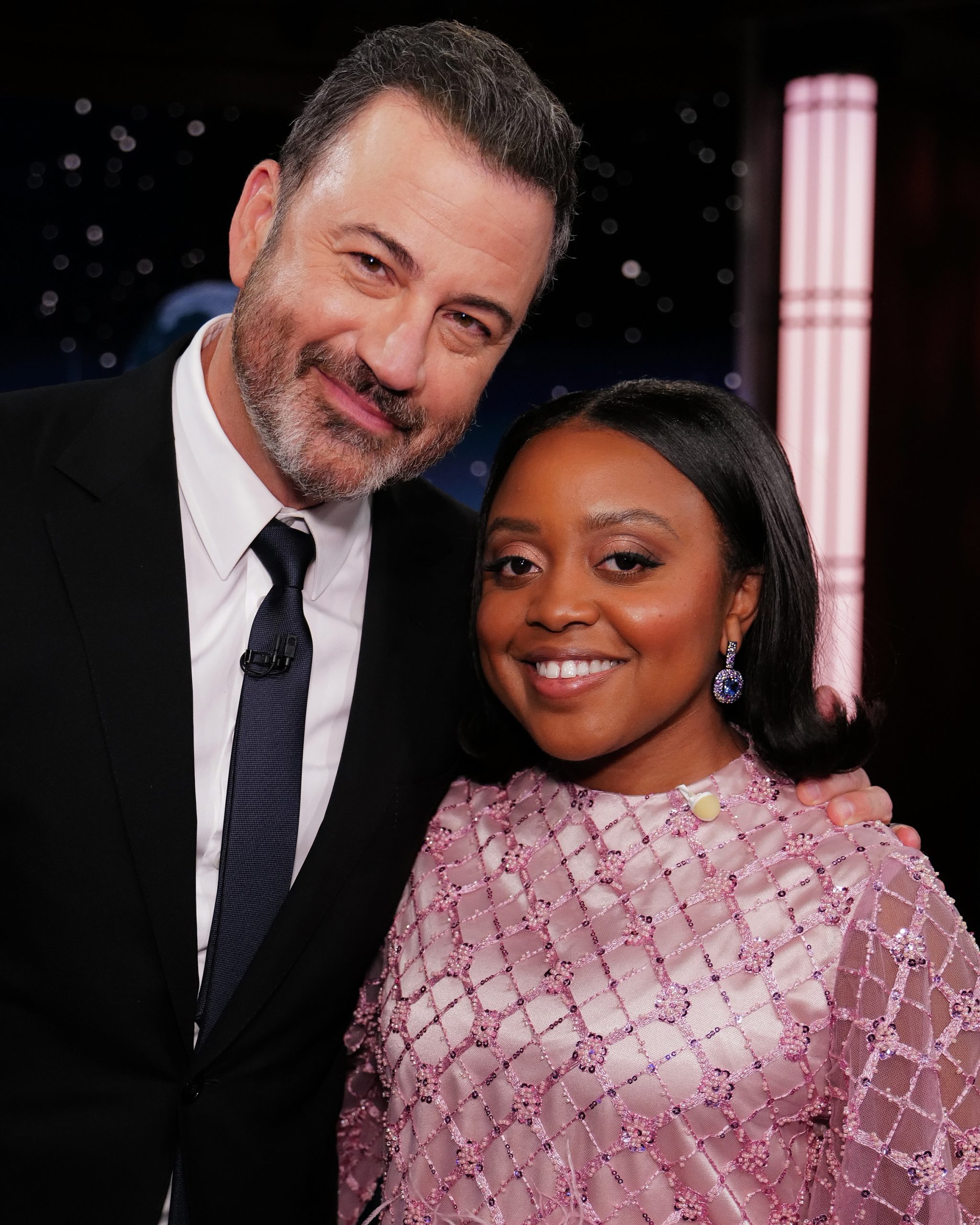 I was waiting to post this and was lurking for them to post these images! Actress Quinta Brunson made an appearance on Jimmy Kimmel Live. Boy did social media rip Jimmy to pieces because a lot of people felt like he stole the spotlight from Quinta when she won her award at the Emmys. If you have been under a rock, Jimmy said that his team thought it would be a great idea to play a joke on her and after a sip of alcohol, he gave her an award, then laid down on stage during her acceptance speech the whole entire time! Yes he did go overboard and the joke fell flat. He did go on to apologize to her on tv and let her do a retake of accepting her award, kudos to him for that.

Quinta talked about winning her first Emmy, Jimmy’s comedy bit controversy, meeting a bunch of people at the Emmys, the huge poster of her on the WB lot, loving the tour at Universal Studios, season 2 of “Abbott Elementary,” and playing Oprah in the new Weird Al Yankovic movie. See the video clip inside but I will say during the show she looked pretty in pink, loved her dress…. 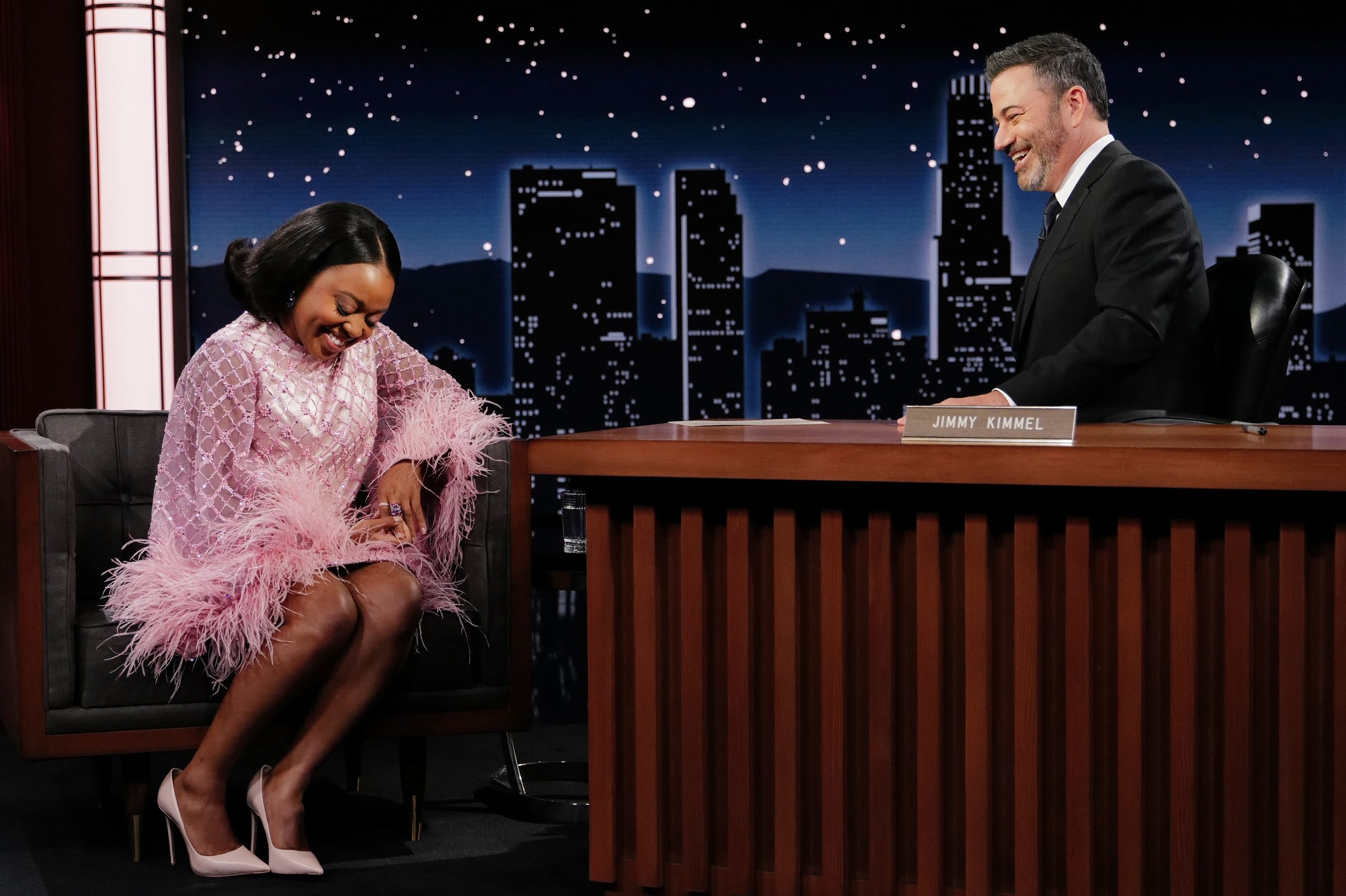 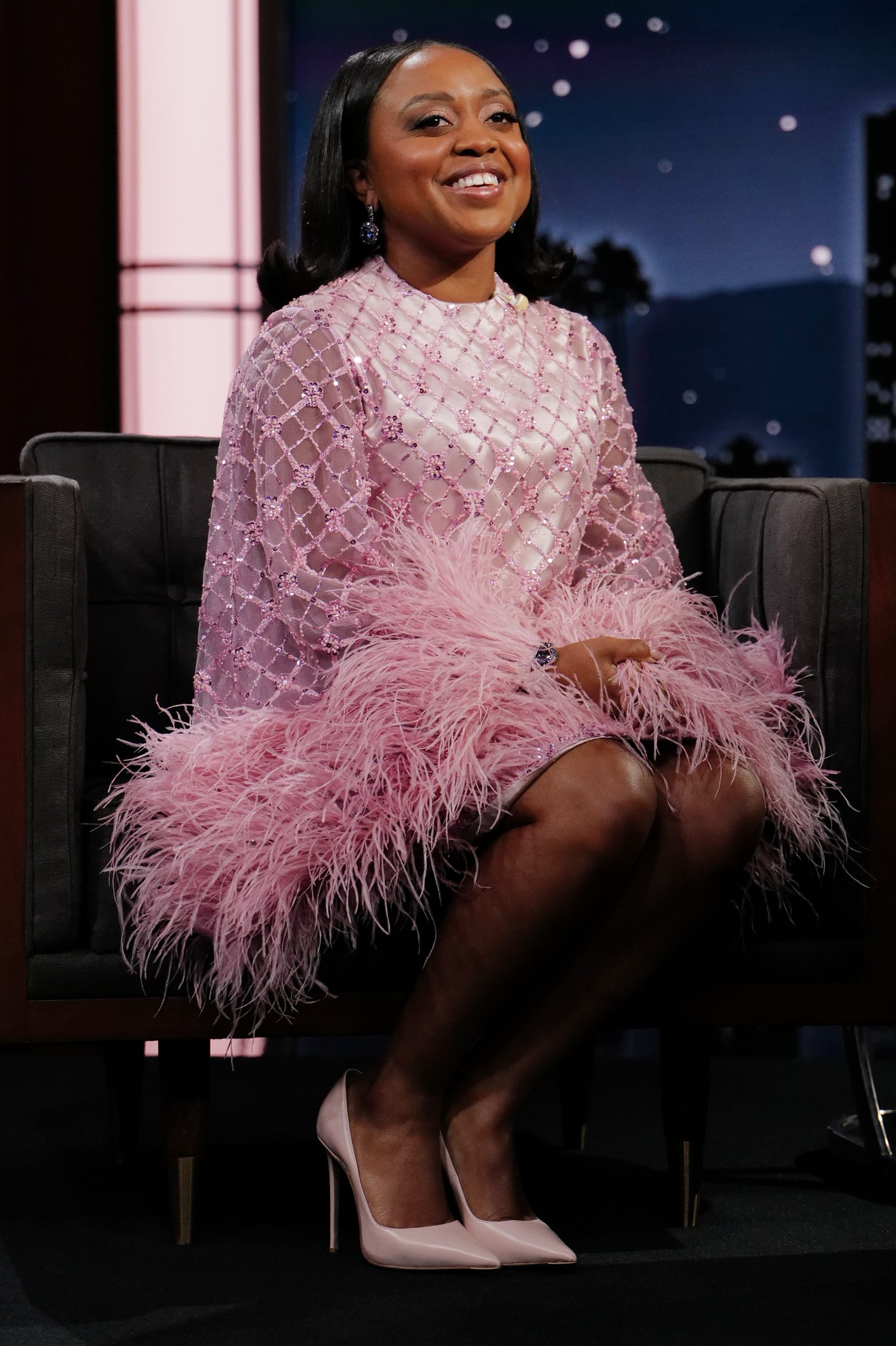 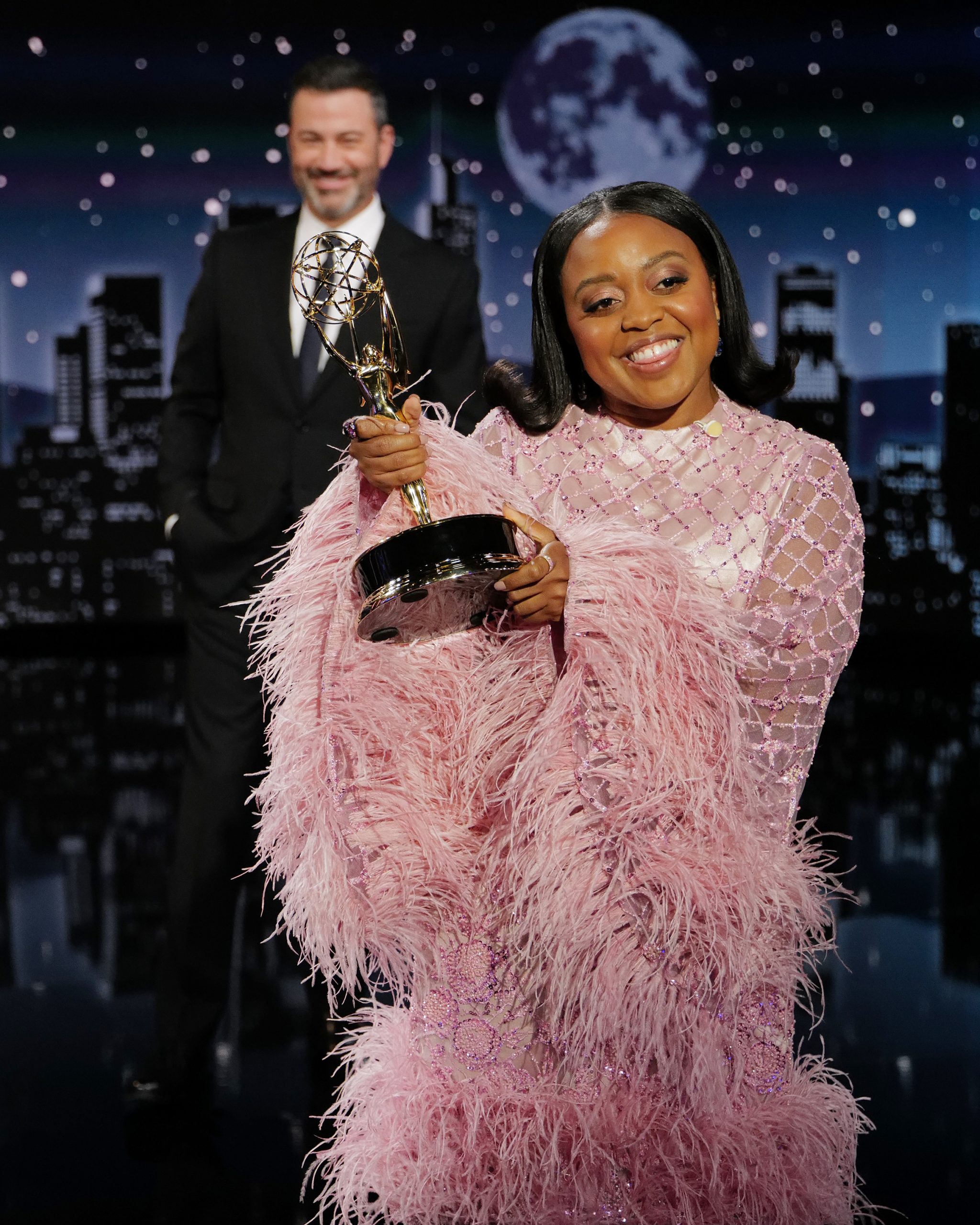 Quinta wore a RVNG Couture dress for the show!