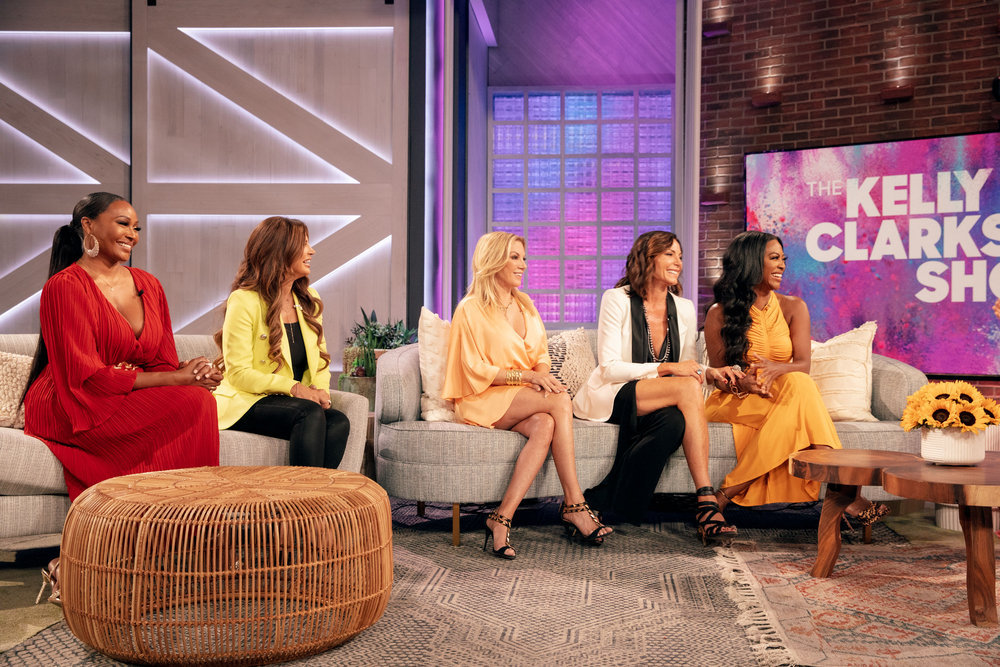 A few of the housewives from the franchise on Bravo made an appearance on The Kelly Clarkson Show recently. “The Real Housewives of Atlanta” star Kenya Moore competed on this season of “Dancing With the Stars” and faced an entirely new set of challenges. Despite suffering a rib contusion, Kenya loved the experience and said, “I’m still fabulous!” Tune in Monday for more with “The Real Housewives.”

When it comes to “The Real Housewives of New York” rumors, star Ramona Singer said, “you can’t believe anything you read!” She and co-star Luann de Lesseps said they would love to see new cast members on the show, either to make new friends or to haze them. I stopped watching all this drama years ago, can’t stand all the cattiness but I wish them all well! They have been filming around Atlanta recently, do you guys plan on watching?

See the video clip and pics inside…