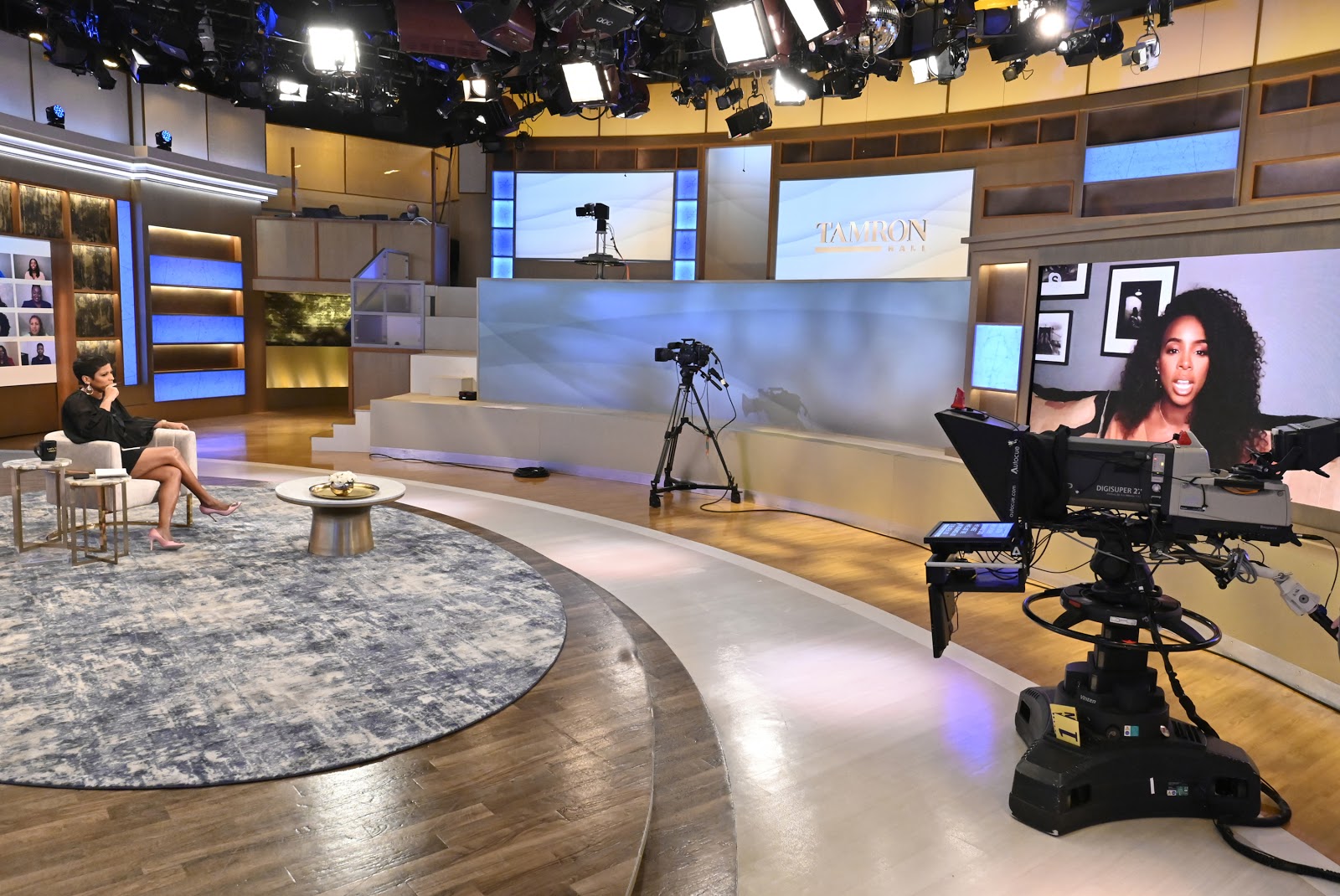 On the Tuesday, November 24 edition of “Tamron Hall,” Grammy Award-winning singer and actress Kelly Rowland joined Tamron to discuss the inspiration behind her new album, her pregnancy and her new holiday movie, Lifetime’s “Merry Liddle Christmas Wedding.” During the interview, Rowland opened up about her complicated relationship with her mother and also shared how her friends Beyoncé, Tina Knowles and La La Anthony reacted to her pregnancy news. Check out more and a clip inside…

Kelly on her complicated relationship with her mother and how it shaped her own choices as a mom:
“There’s a song that’s a part of this record that really means a lot to me – it’s definitely dedicated to my mother because it’s just about giving people their love while they’re here on this Earth and not taking advantage of time. If COVID has taught us anything, it’s not taking advantage of time and people.” Rowland continued, “It’s so crazy because my mom and I had the most tumultuous relationship and now when I’m able to look back at some of her decisions that she made, the things that she did, I realize that we’re all a product of our environment. It’s our choice to be positive. If you don’t like the way the scenario went, or don’t like the way this personality or characteristic is, we have the ability to change it. I just wanted to do things differently, but she taught me so much in her space, in her stage as a mother and I’m so grateful to her for that and grateful to her for her sacrifices. You become a mother and you see why you do or say certain things and some of it is hard to process or understand, but you grow to understand it and I get it now.”

Kelly on Beyoncé’s reaction to her pregnancy:
“She was just happy, super happy and excited. When I told Tina [Knowles], when I told La [La Anthony], when I told all of my circle of incredible women they were just supportive and excited and called me every day. And specifically making sure that I’m not doing too much.”

Kelly on her son Titan’s reaction to her pregnancy:
“That little guy right there, my Titan, he’s the most hyped. This is his baby.” Rowland continued, “His father and I told him, we pulled him to the side and told him that he was going to be a big brother, and he just lost his mind. He literally jumped up and down and said ‘When? I’m so ready.’ Every day he asks me, ‘When does the baby get here?’”

On why Kelly believes Lifetime’s “Merry Liddle Christmas” was so successful, leading to the network’s first-ever Christmas sequel, “Merry Liddle Christmas Wedding”:
“I think that there was representation. It was a full Black cast and Black director. I was very adamant about that, especially executive producing this film and having a really good time. It was awesome hearing from the actors specifically who are in Canada, because we filmed this in Canada, they were like ‘This is the first Black set I’ve ever been on.’ So to have that kind of feedback and to feel seen. When I was looking over my social media last year it was interesting watching so many people say ‘Oh my gosh I love this family,’ ‘They make me feel so belonged or together,’ ‘My family does this like the Liddles,’ it was all of that. And I’m so grateful that so many people tuned in, and that’s really what happened, so many people tuned in.”