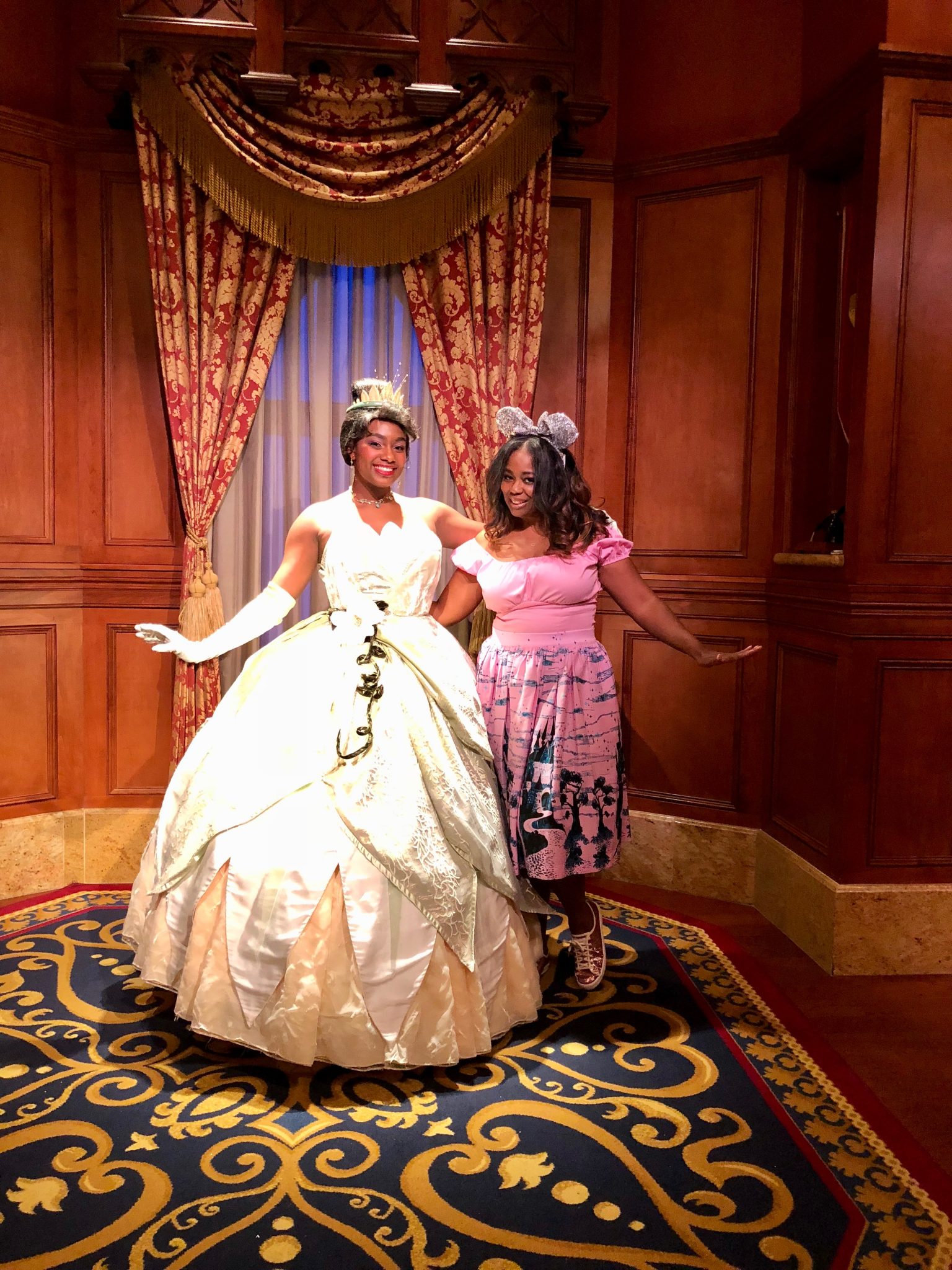 A few weeks ago I headed down Walt Disney World to check out Epcot’s Food and Wine Festival! While there, first I had to stop over to Magic Kingdom to say hello to some of my favorite Disney Characters and Princesses. It just wouldn’t feel right to be there without seeing these fabulous ladies you know lol. It’s always a delight to see Princess Tiana, Cinderella, Rapunzel, Minnie Mouse and so many more of Disney’s characters and they seemed to be thrilled just as much as I was lol! Minnie Mouse, Cinderella and Princess Tiana really loved my outfit and complimented me on it! Check out all the fun I had seeing them inside and you have to stop down to see the park during the holidays, I hear it’s gorgeous. Enjoy your weekend everyone, make it magical! xoxo 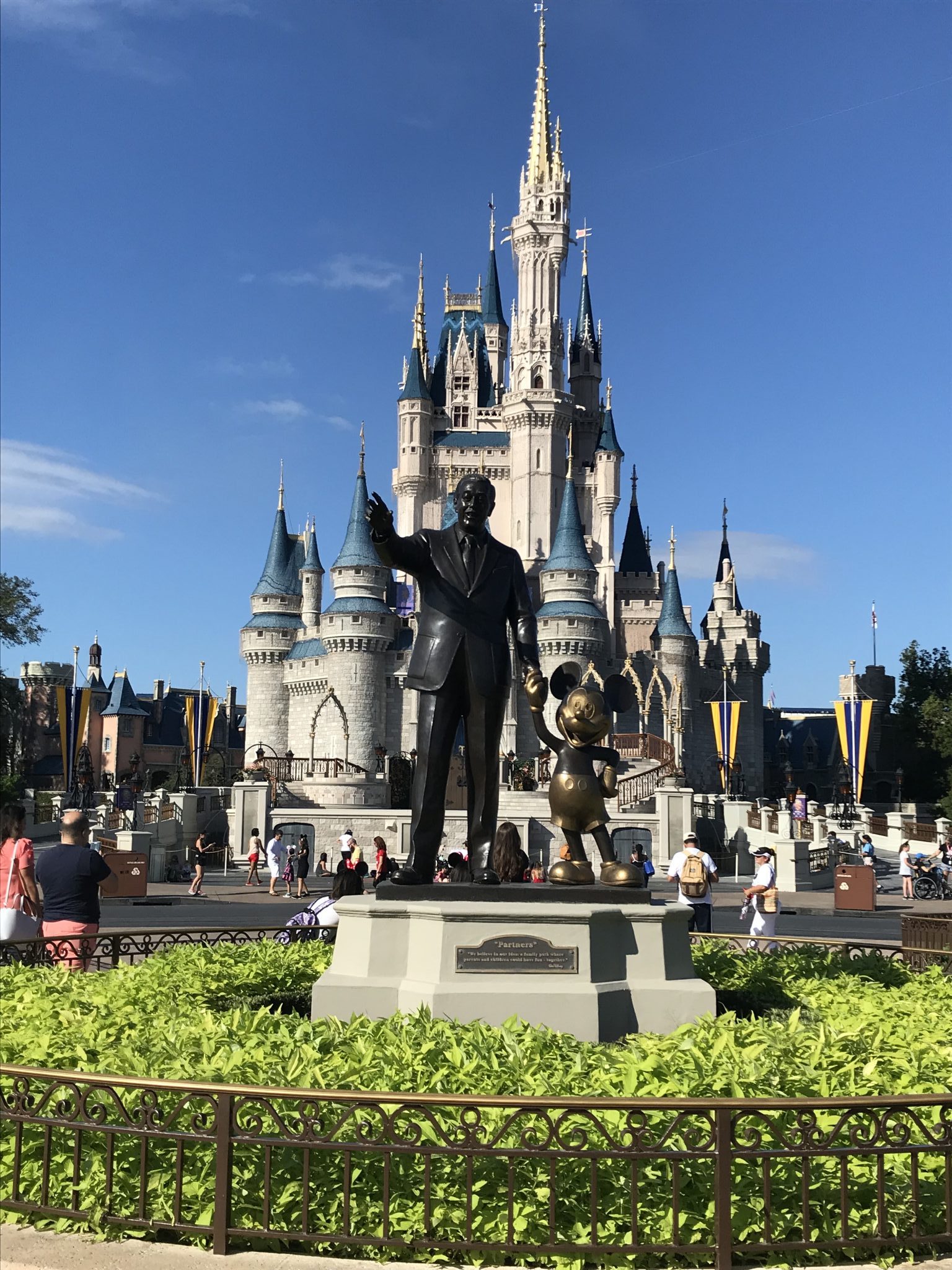 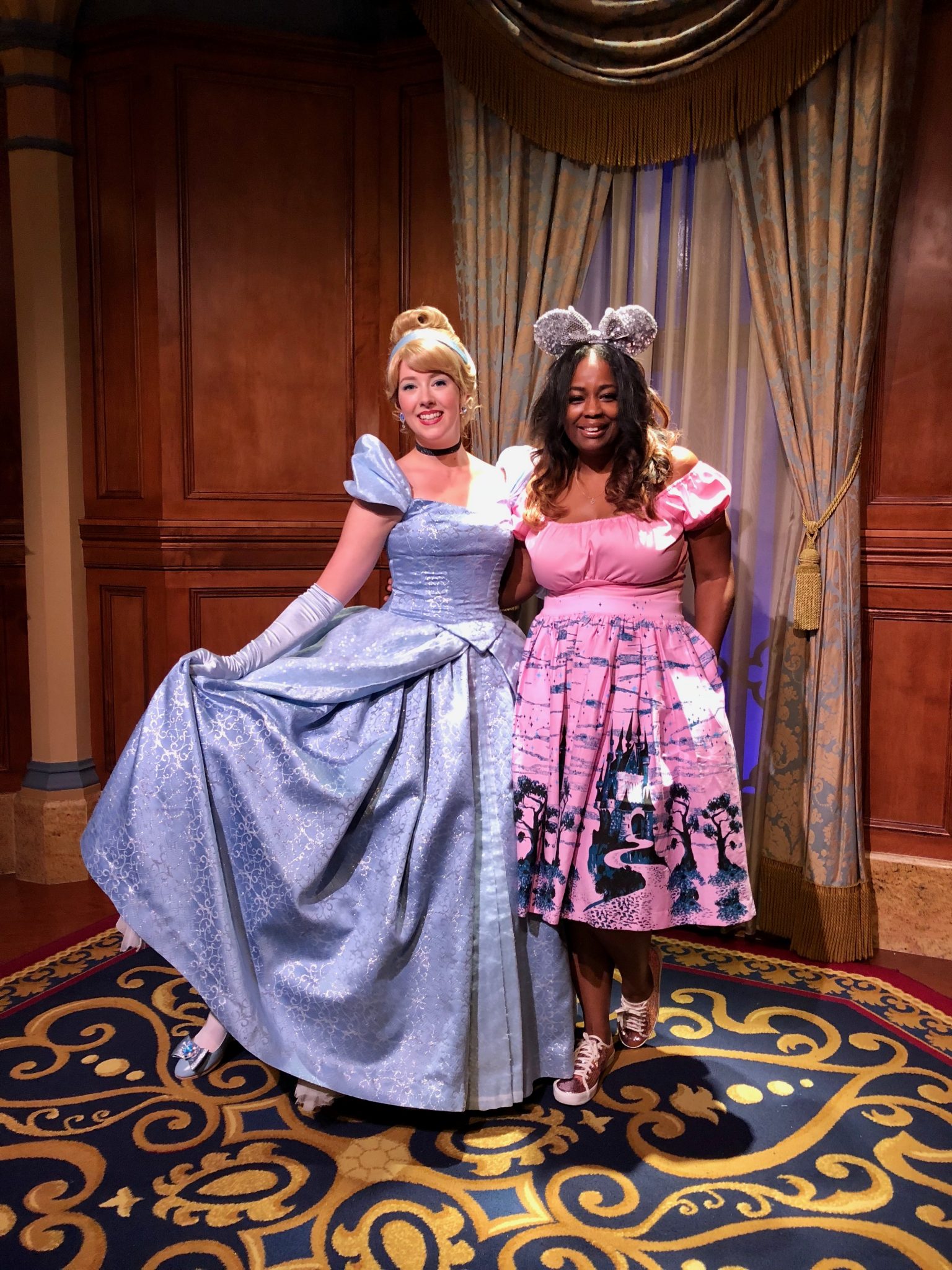 The one and only Cinderella, so pretty. She loved my castle skirt!

Cinderella is a fictional character who appears in Walt Disney Pictures‘ 12th animated feature film Cinderella (1950). In the wake of her father’s untimely demise, Cinderella is left in the unfortunate care of her cruel stepmother and jealous stepsisters, who constantly mistreat her, forcing Cinderella to work as a scullery maid in her own home. When Prince Charming holds a ball, the evil stepmother does not allow her to go. Cinderella, aided by her kind Fairy Godmother and equipped with a beautiful ballgown and a unique pair of glass slippers, attends, only to have to leave at midnight when the Fairy Godmother’s spell is broken. 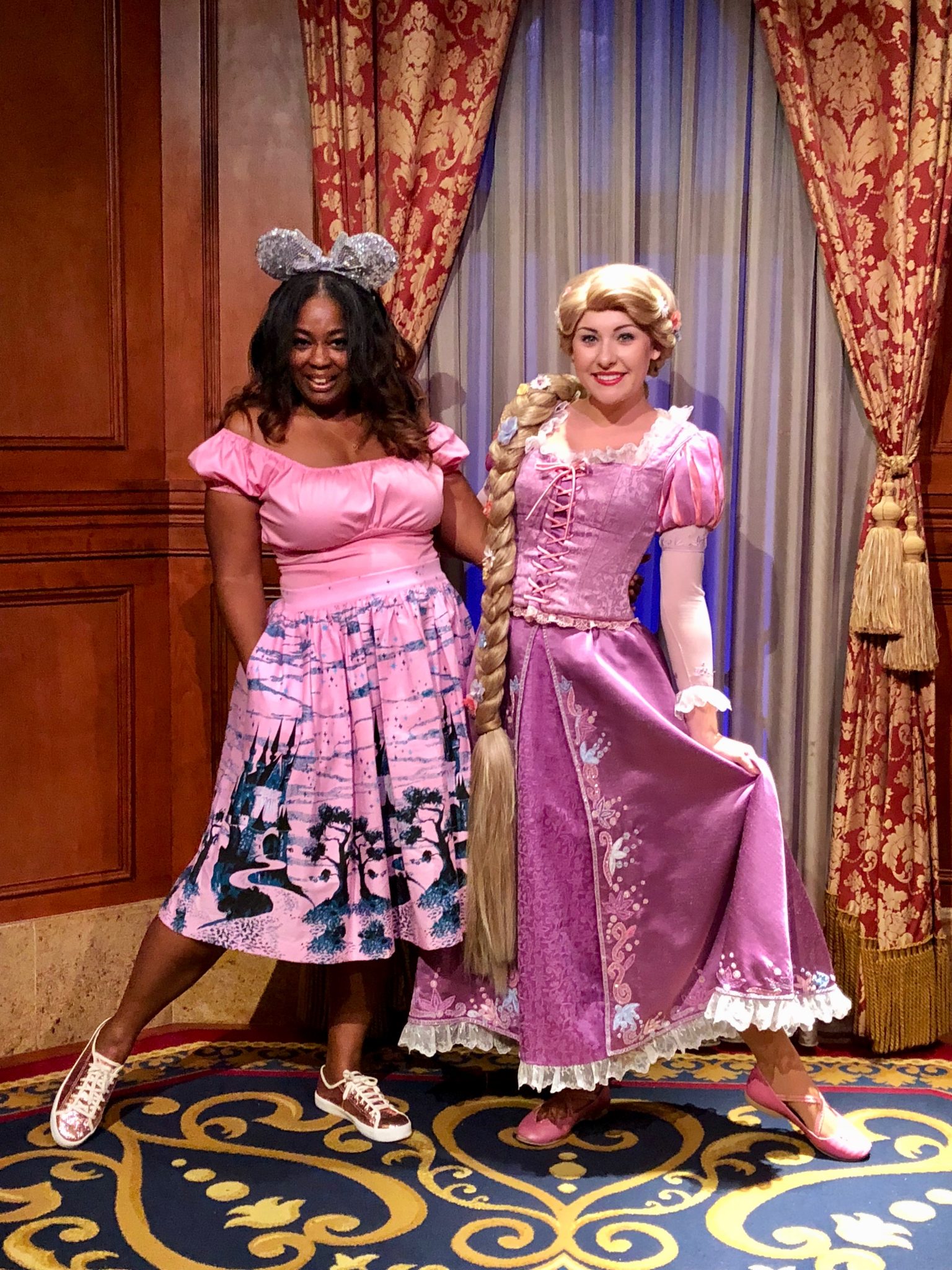 Me and Rapunzel! I told her I loved her hairdo!

Rapunzel is a fictional character who appears in Walt Disney Animation Studios’ 50th animated feature film Tangled, its sequel Tangled Ever After, and its television spin-off Tangled: The Series 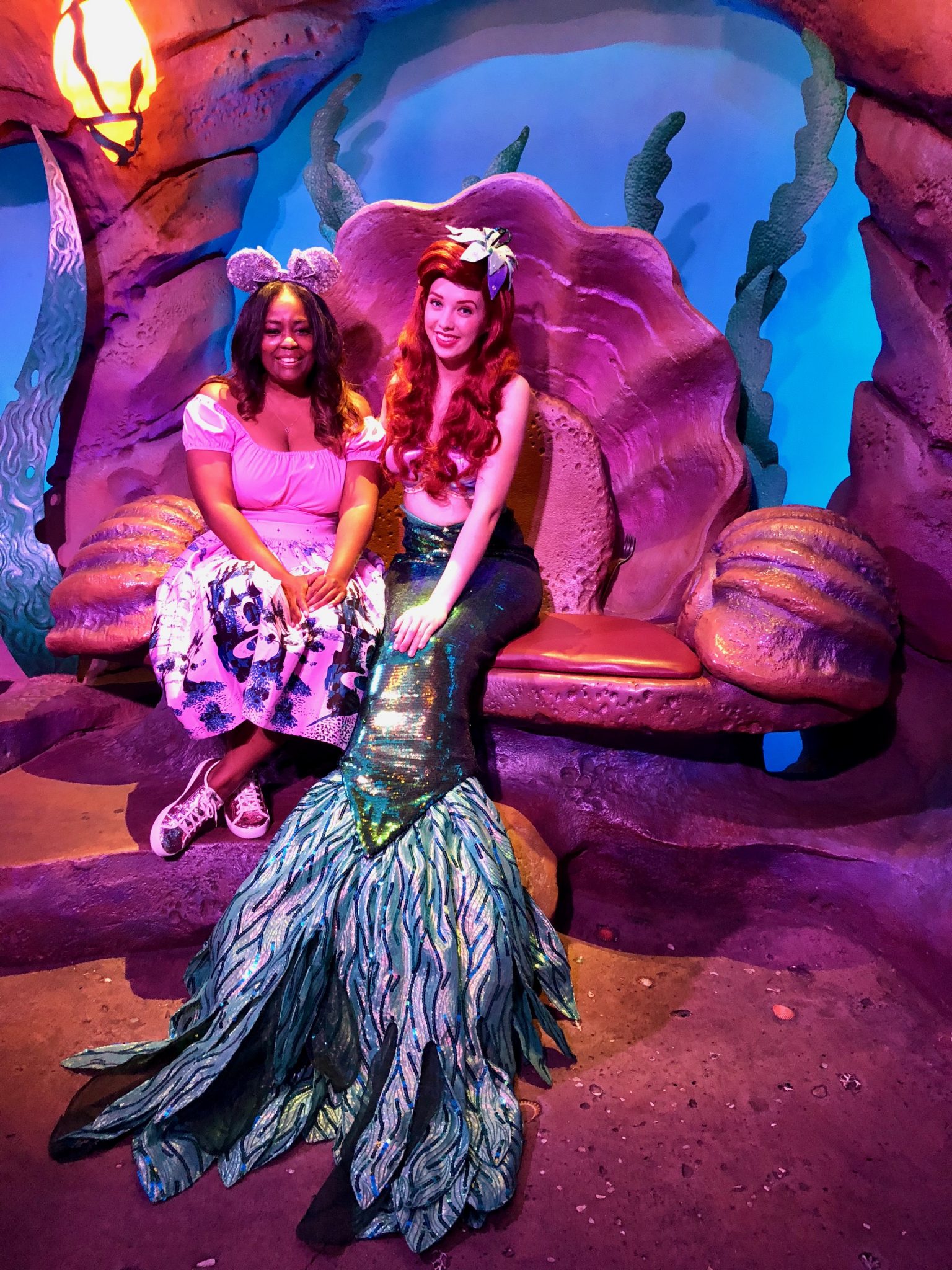 Ariel is an independent, headstrong and determined young mermaid. She is the youngest and prettiest princess of the sea but spends most of her time outside the palace walls of Atlantica singing, daydreaming, and adventuring with her best friend Flounder the guppy fish, and sometimes Sebastian the crab who is also the royal advisor to Ariel’s father. At the age of 16, she unexpectedly becomes deeply infatuated with a young and handsome human prince named Eric and sacrifices all things dear to her for the chance of being with her one true love. 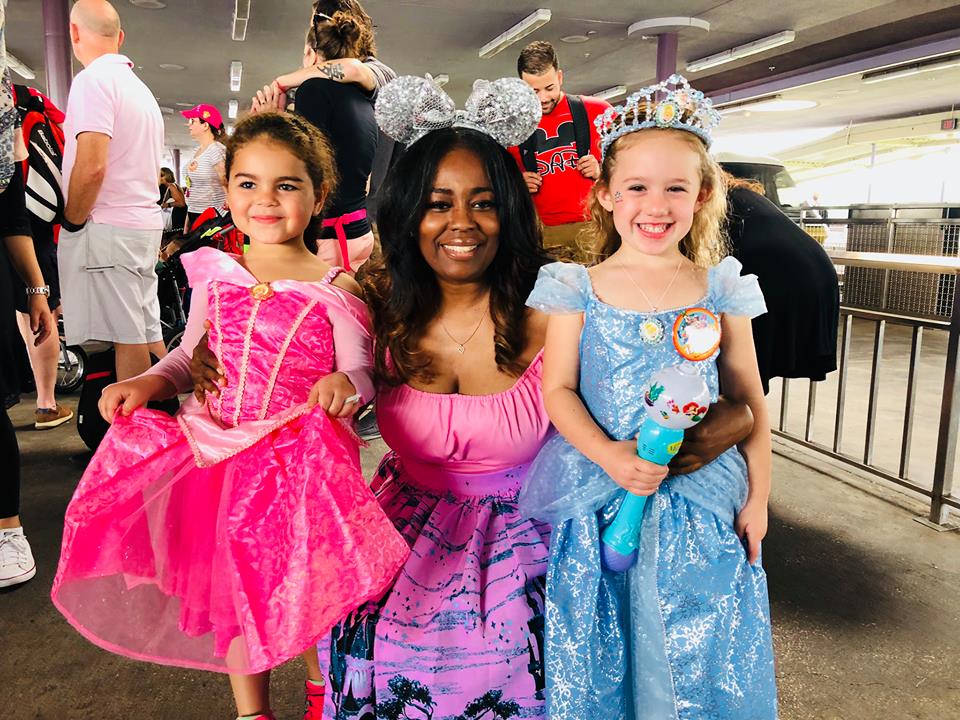 Met these cutie pies at the park, so precious! 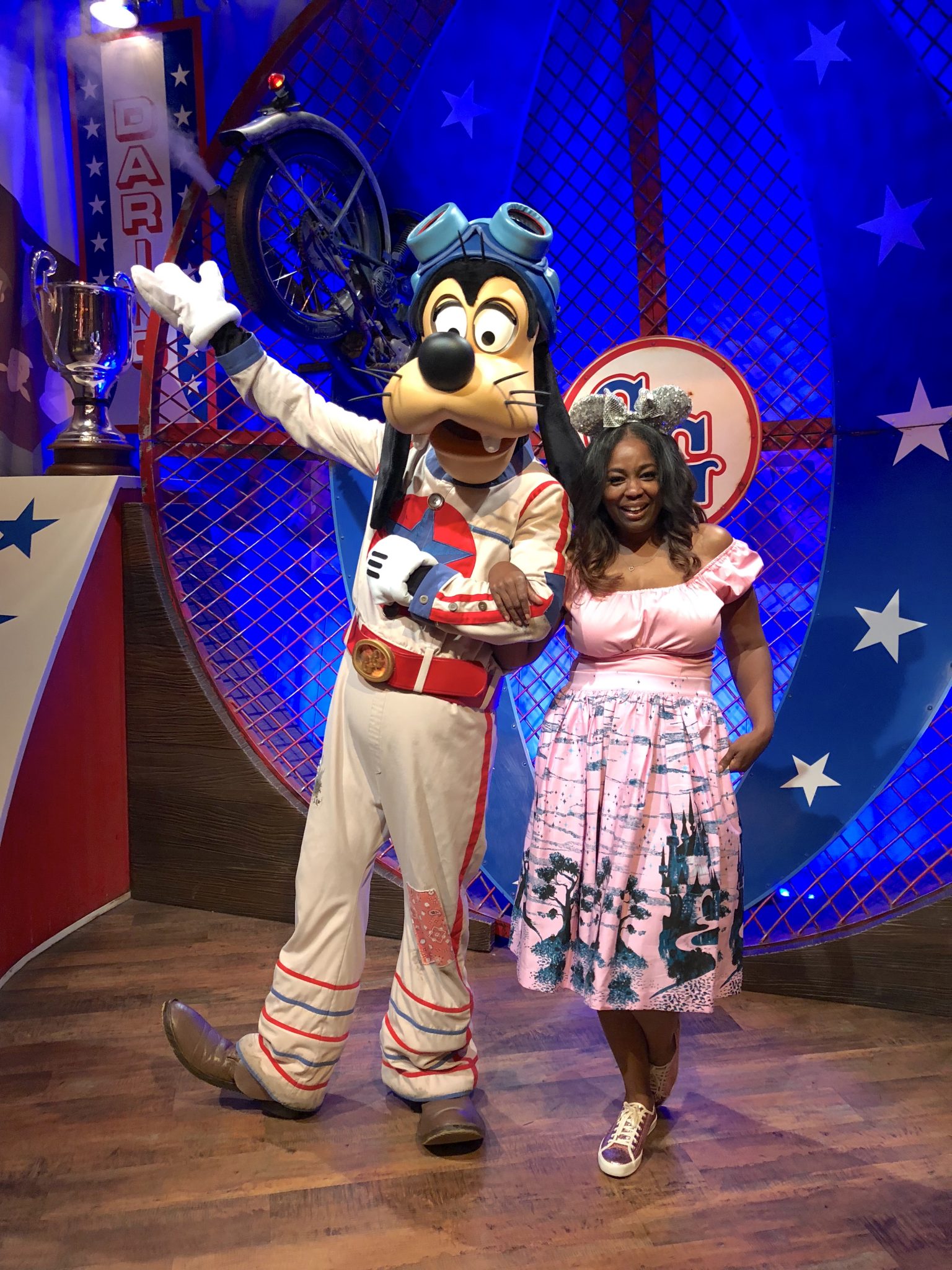 Goofy is a funny-animal cartoon character created in 1932 at Walt Disney Productions. Goofy is a tall, anthropomorphic dog with a Southern drawl, and typically wears a turtle neck and vest, with pants, shoes, white gloves, and a tall hat originally designed as a rumpled fedora. 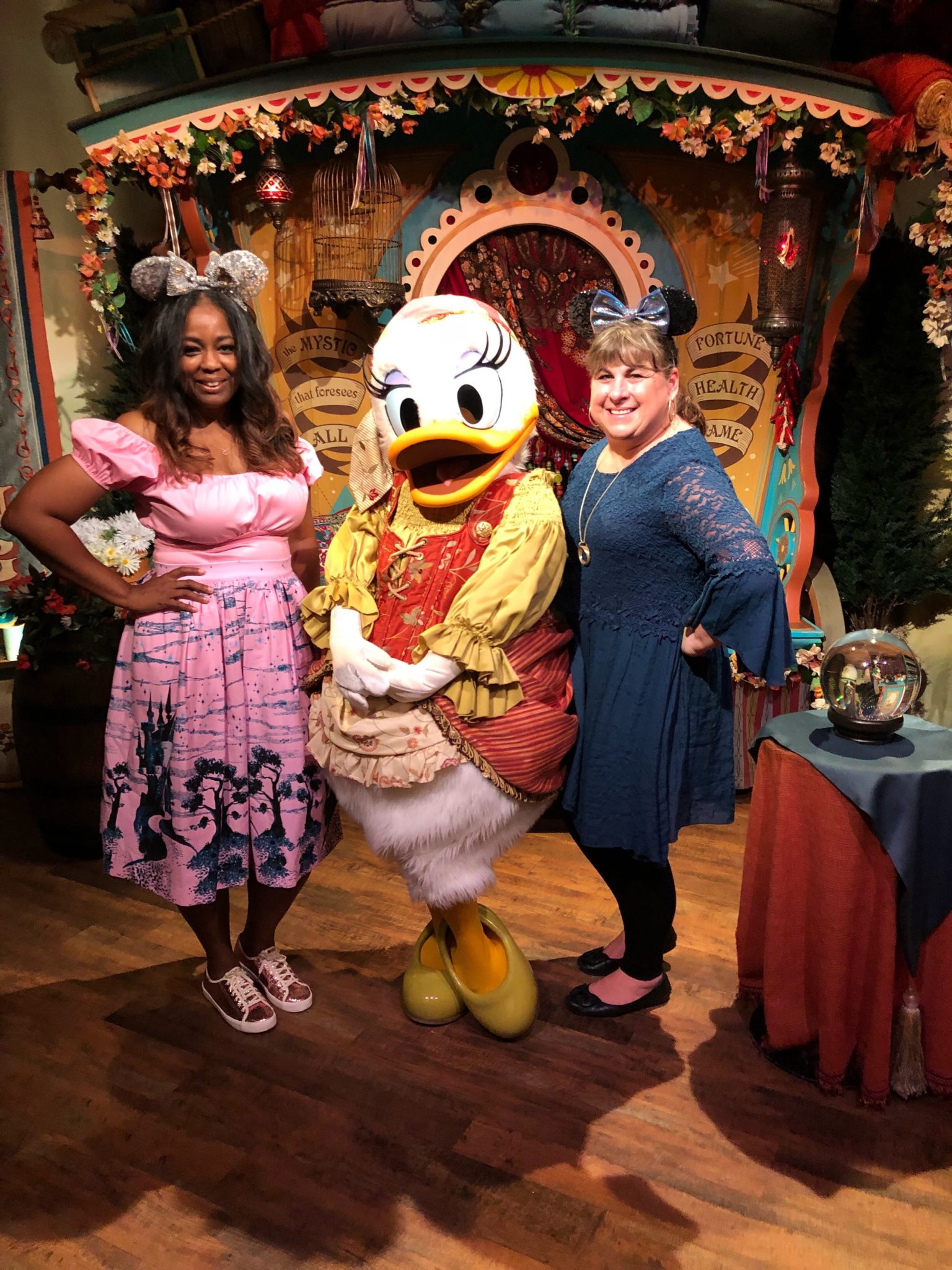 Me and Jen with Daisy Duck, check out her eyelashes lol.

Daisy Duck is a cartoon character created in 1940 by Walt Disney Productions as the girlfriend of Donald Duck. Like Donald, Daisy is an anthropomorphic white duck, but has large eyelashes and ruffled tail feathers to suggest a skirt. 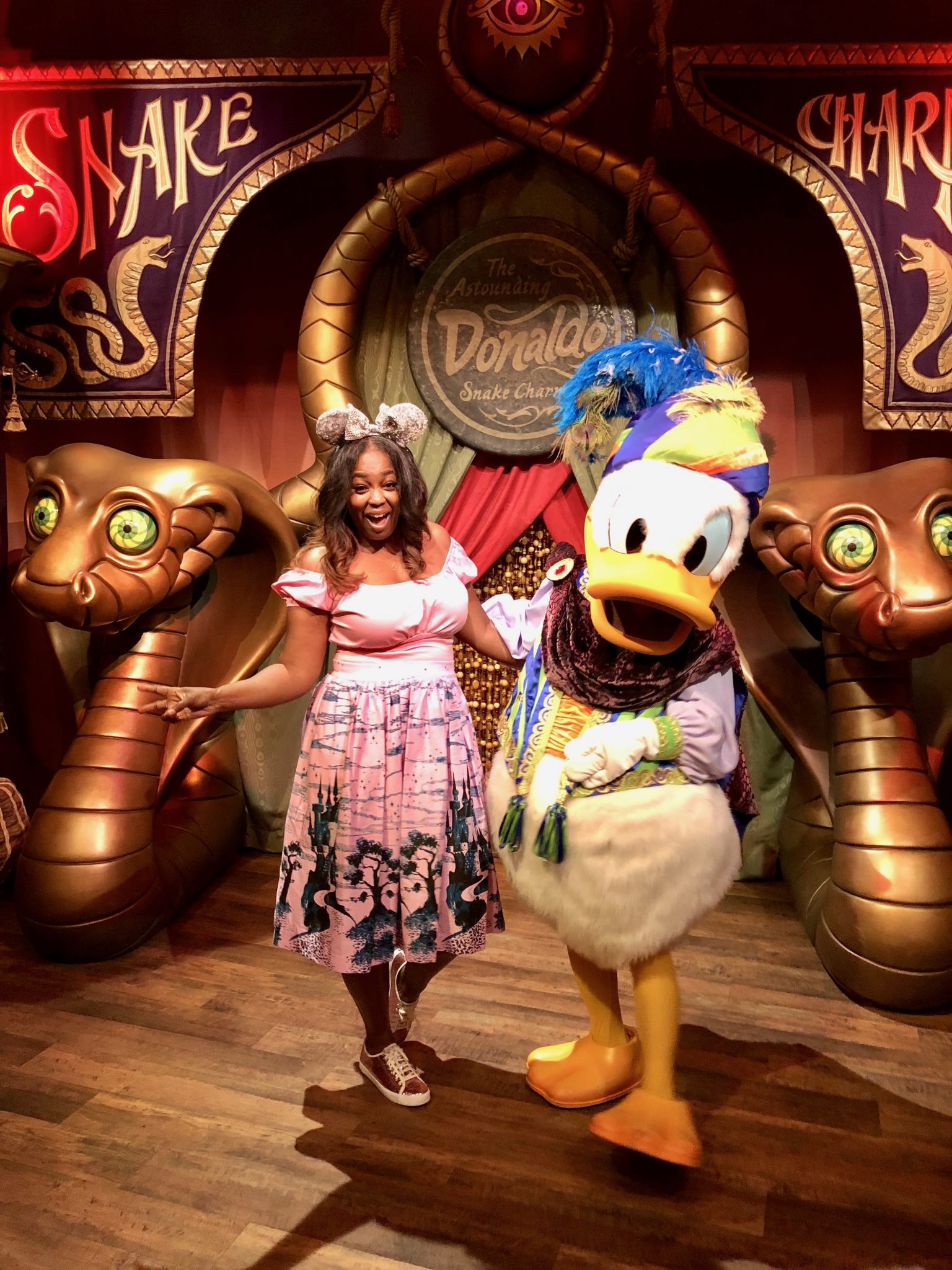 Me and Daffy Duck.

Daffy Duck is an animated cartoon character produced by Warner Bros. Styled as an anthropomorphic black duck, the character has appeared in cartoon series. 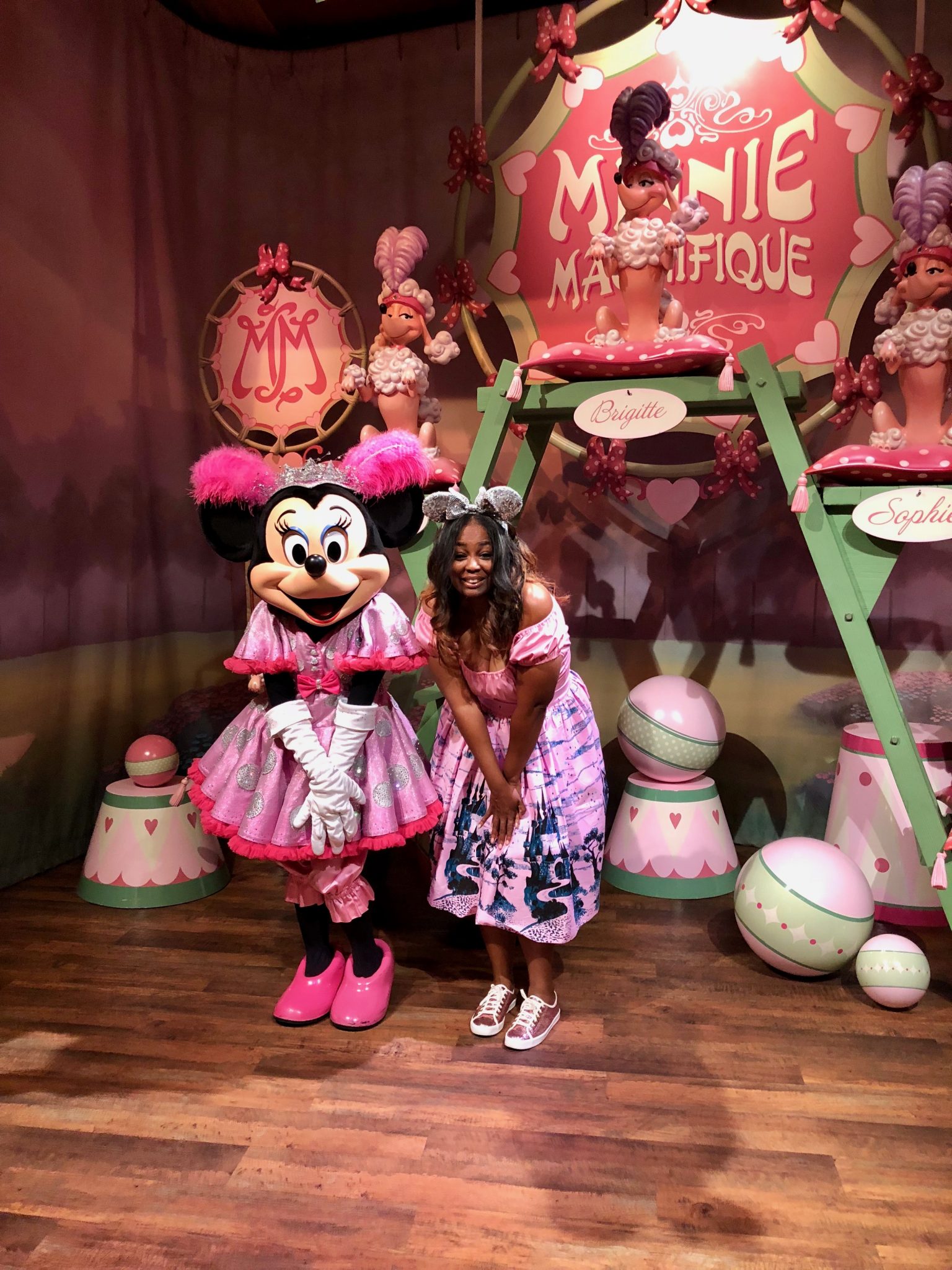 Another one of my favorite characters, Minnie Mouse, love her style!

Minnie Mouse is sweet, stylish, and enjoys dancing and singing. She especially loves to spend time with her lifelong sweetheart, Mickey. She and Mickey Mouse were first drawn by Iwerks in 1928. 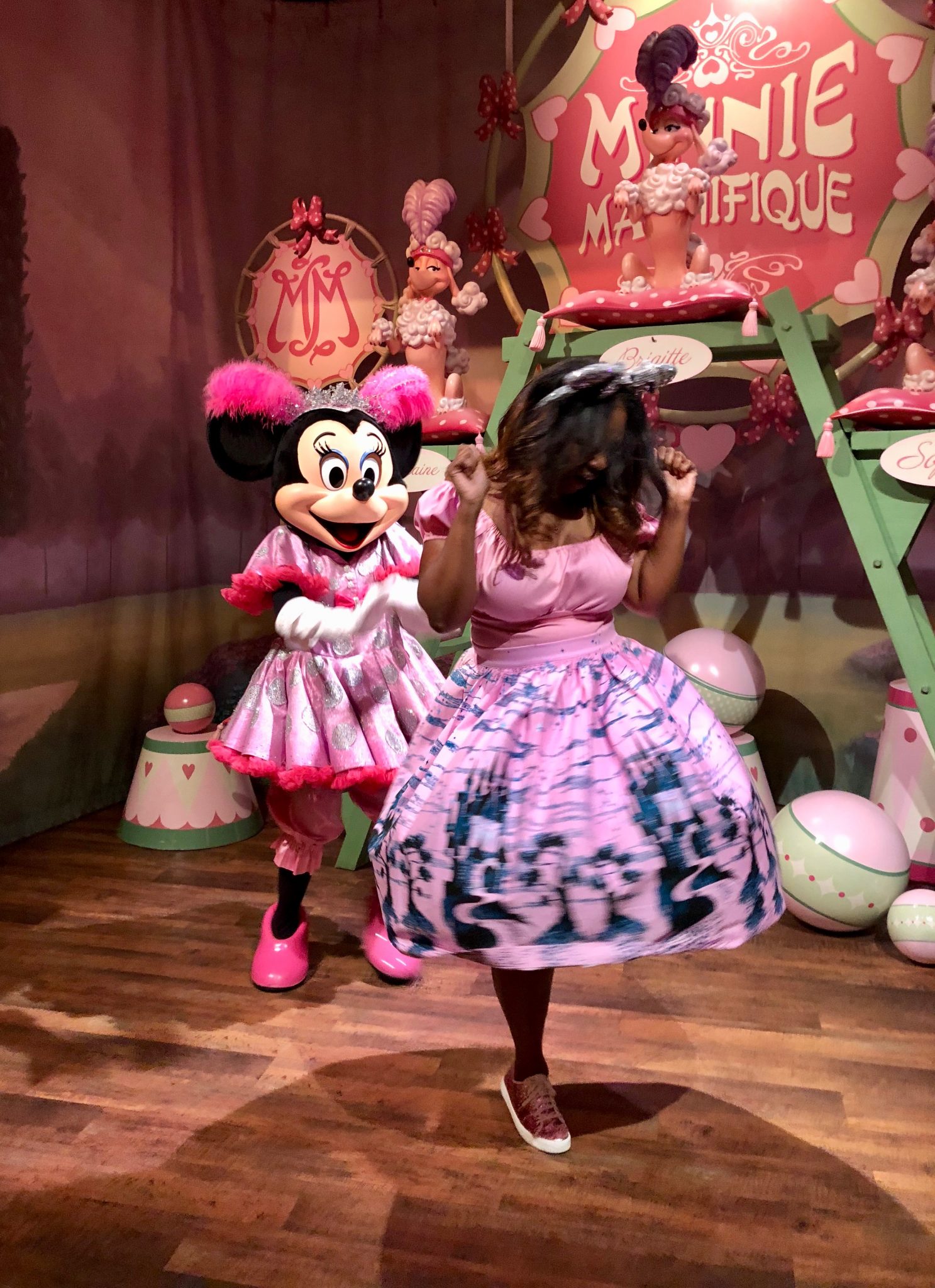 She loved my skirt, so I did a twirl for her lol. 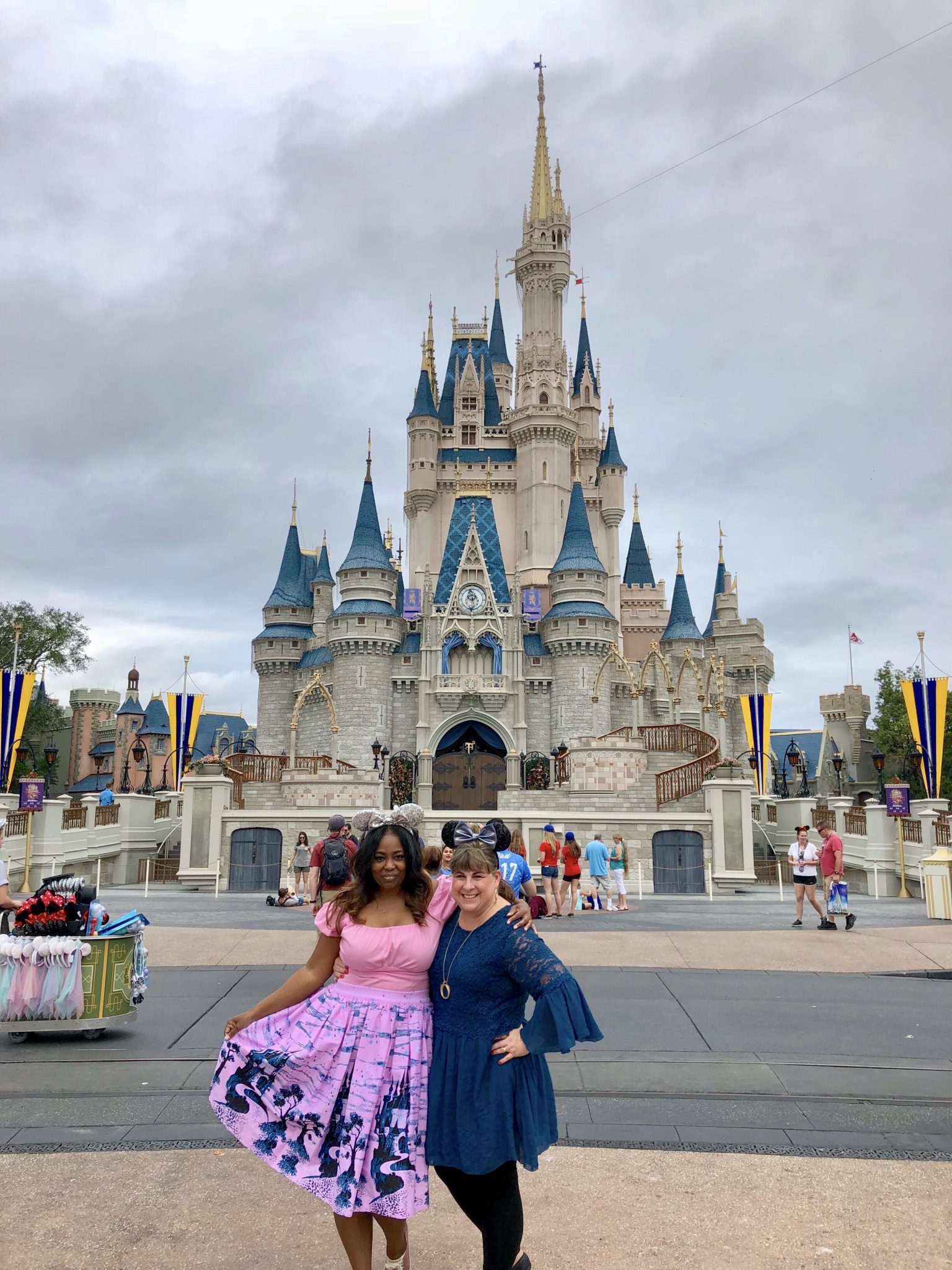 Me and gal pal Jennifer

Disclaimer: I was given two complimentary passes to attend Walt Disney World, but the views and opinions are my own.