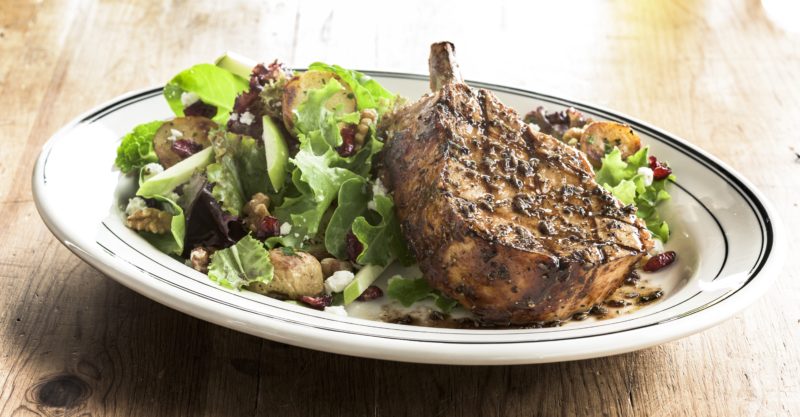 Mimi’s, the popular neighborhood cafe offering French-inspired American comfort food, recently asked its guests to develop Mimi’s next great entrée for a chance to win a trip to France. The winner, Honey Lavender Grilled Pork Chop, will be featured in all Mimi’s cafes beginning today.

Ellise Pierce, author of “COWGIRL CHEF: Texas Cooking with a French Accent” and CowgirlChef.com, took the lead as guest judge for Mimi’s, choosing among the finalists of more than 175 recipes developed by Mimi’s guests to find the perfect dish to showcase this fall.

An original recipe for Honey Lavender Pork Chop, submitted by Michael Watz of Evanston, Illinois brought to life the heart of what Mimi’s is all about: American comfort food with French influence. For the winning recipe, Watz and his wife have won a trip to France, where the Mimi’s parent company, Groupe Le Duff, is based.

“This one-of-a-kind dish brings the lavender of the French countryside to America’s beloved grilled thick-cut pork chop,” said Pierce, cookbook author and chef. “We went looking for an original French-inspired, American comfort food recipe to feature at Mimi’s cafes and we found dozens. In the end, the light honey and herb glaze with the smoky grilled pork won us over.”

Mimi’s CMO Stewart Slocum explained the appeal of the recipe and why Chef Pierce is the perfect guest judge for Mimi’s: “The Honey Lavender Pork Chop fits right in at Mimi’s and complements our offerings, all of which are simply prepared and authentic. Our guest judge, Ellise Pierce, “The COWGIRL CHEF”, is a Texan by birth and Parisian by choice and embraces the heritage of two great culinary worlds. We knew Chef Pierce, an American chef and writer living in Paris, would find the perfect marriage of America and France in a single dish.”

In addition to being featured at Mimi’s, the recipe and resulting Honey Lavender Pork Chop entrée is being taken on the road for a media tour this fall by Pierce, whose unique approach to cooking caught the eye of US media years ago. She has been featured on numerous television and radio shows and has written for the Fort Worth Star Telegram, The Dallas Morning News and Edible Dallas, among others. When she’s stateside, she teaches cooking classes throughout Texas. She’s now working on her second cookbook.

Items I tried on the Fall menu… 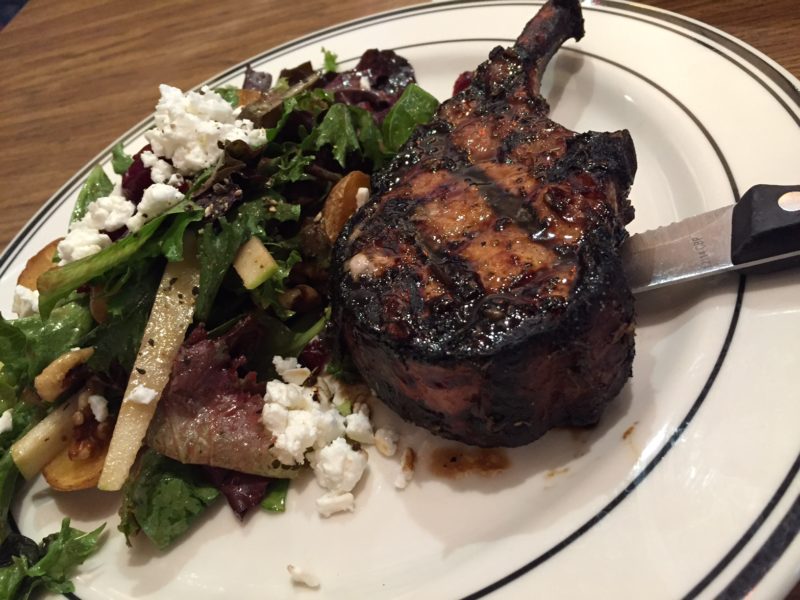 Honey Lavender Grilled Pork Chop: So good, flavorful bite after bite! My daughter and I really enjoyed this pork chop! I’m not really a big meat eater but this was delectable!!! Thick slices and hearty proportions. I was stuffed liked a turkey! 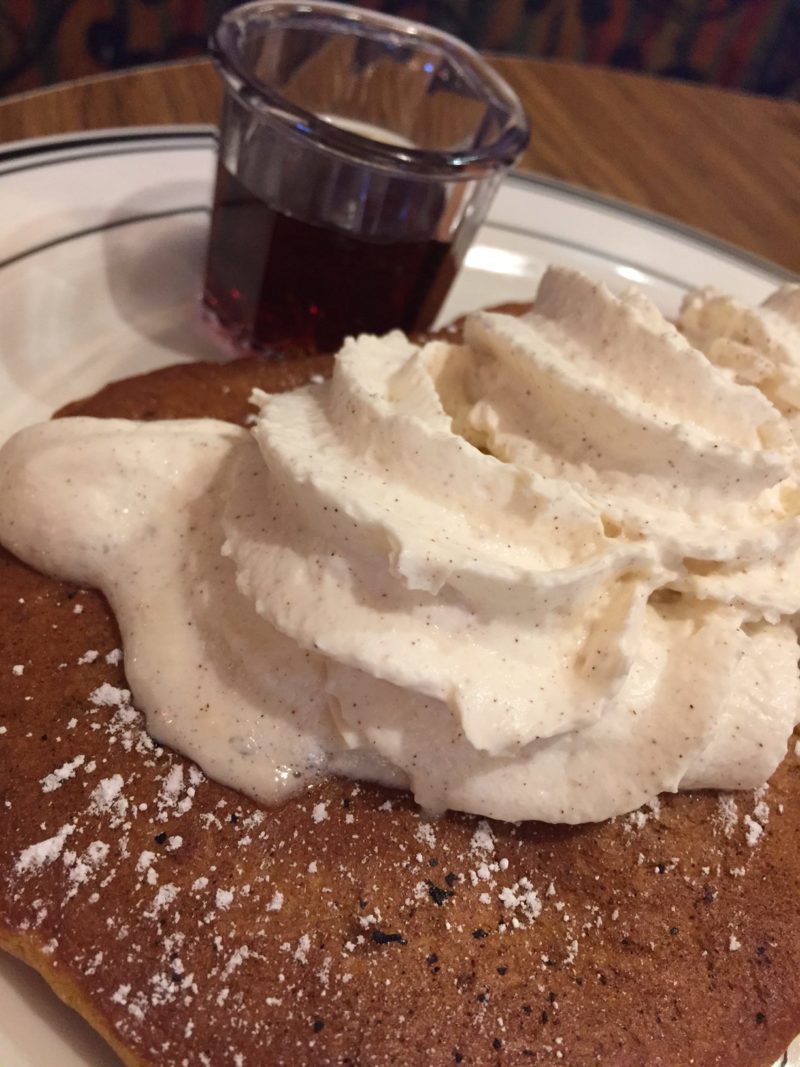 Pumpkin Pancakes: I really enjoyed these pancakes a lot and it really didn’t require any syrup, they were just that good! 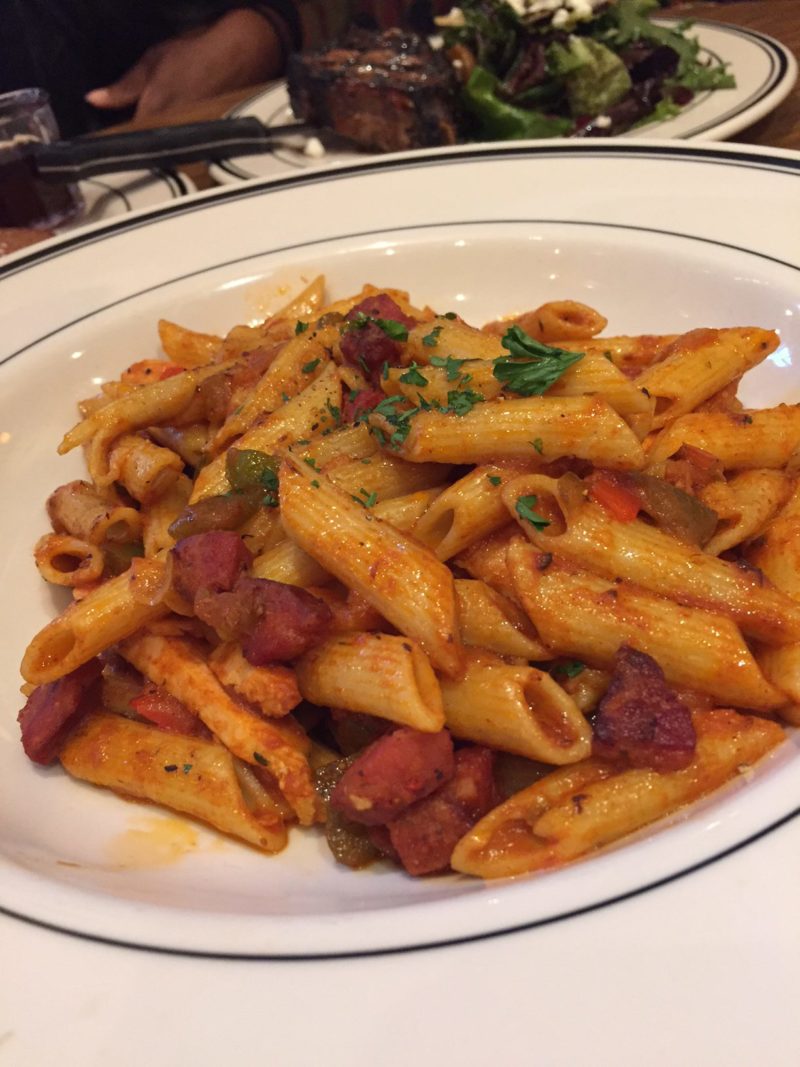 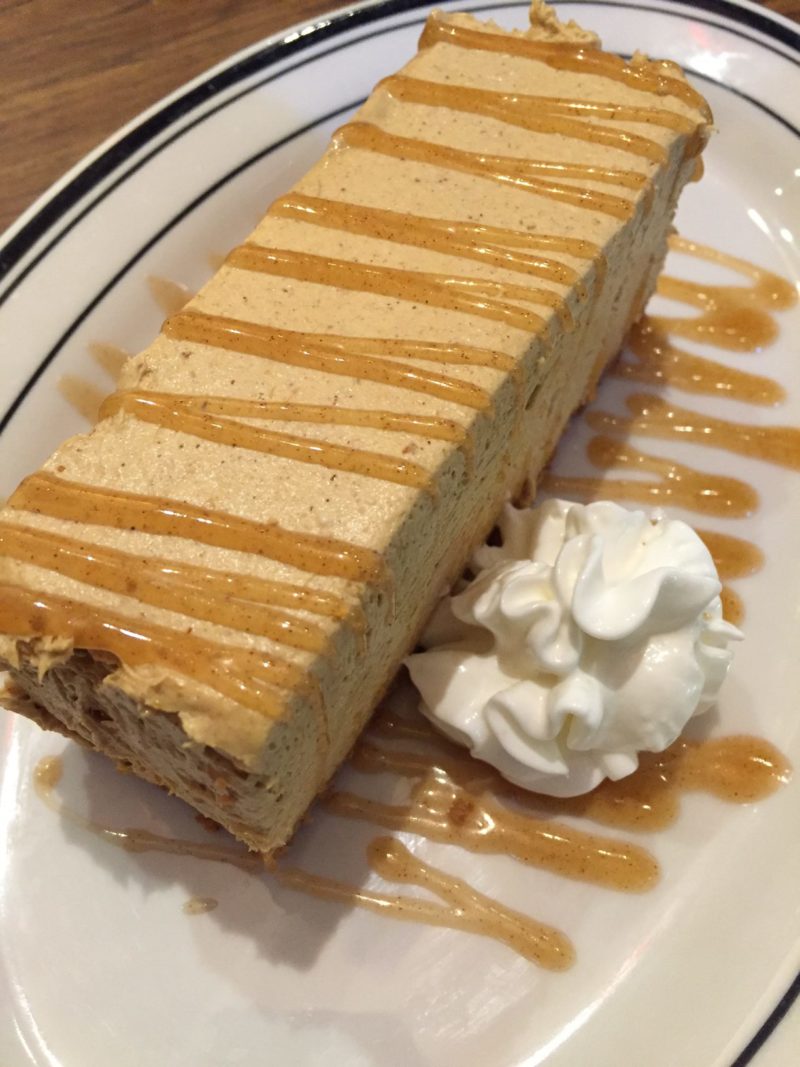