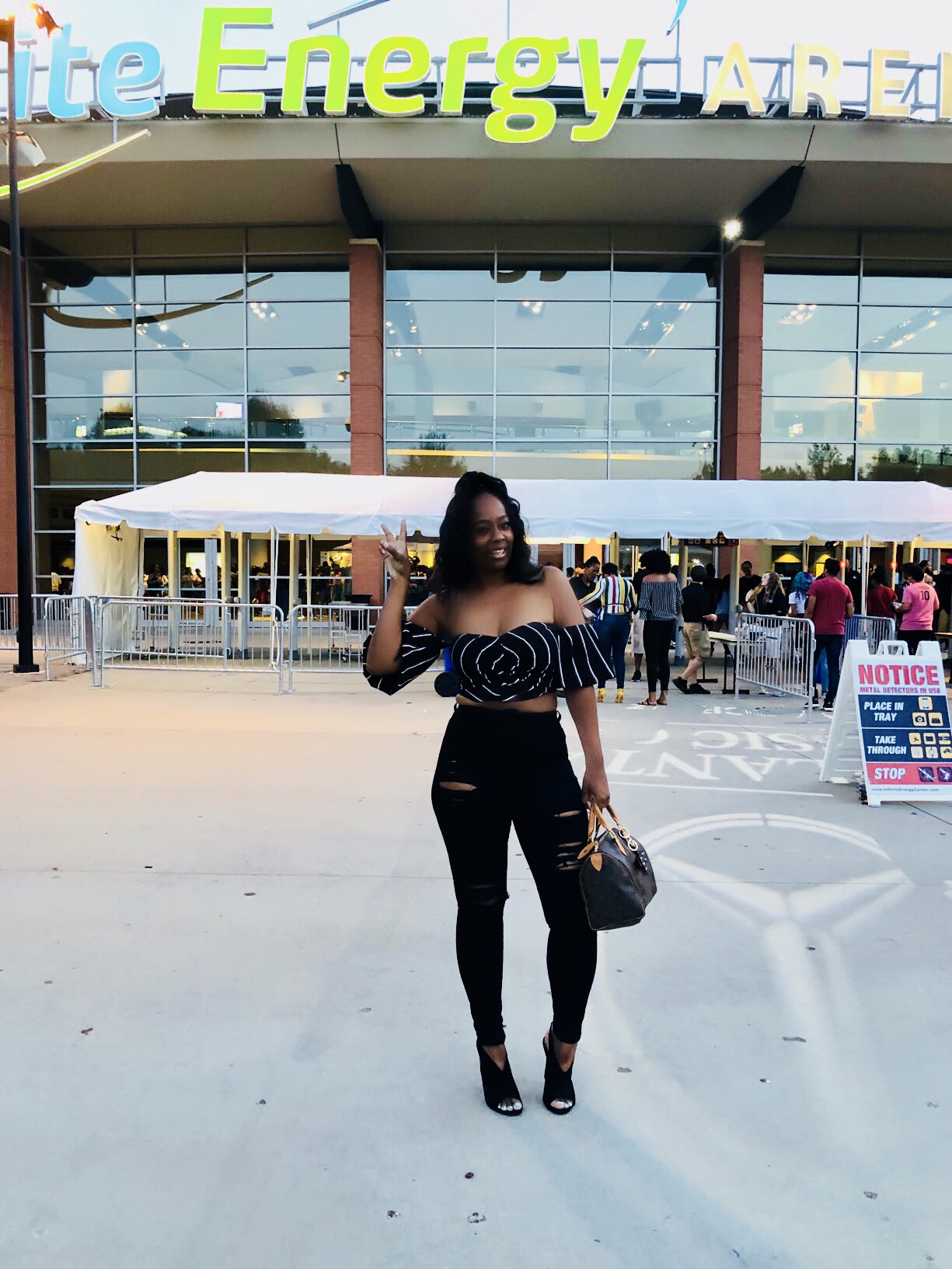 I can count on one hand on how many concerts I have actually attended. Not that I don’t like them, it’s just something that I don’t get to do often lol. Live Nation was so sweet to reach out to me and invite me out to a concert held at the Infinite Energy Arena in Gwinnett County (right by my house) to check out the J. Cole KOD Tour. The line up included rapper J. Cole with special guest Young Thug, Jaden Smith, Earthgang and Kill Edward. When I arrived at the arena it was mad crazy and parking was insane, so by the time we finally got to our seats, Young Thug was about to hit the stage. Oh, I must say our seats were REALLY good and we could see everything just perfect!

The crowd started to scream as Young Thug hit the stage and everyone was up on their feet when he came out! I loved his outfit wearing a red bomber designer leather jacket, white ripped tee, chains and white pants with a stripe. He also had his kids on the side of the stage, recording with their phones. He then spit out a medley of hits from songs we all know and like. My favorite song by him is with Rich Gang called,  “Lifestyle”. I really enjoyed his stage presence and the crowd really seemed to like him. Then “The King” of the South rapper T.I, hopped out on stage and they performed their hit song, “About The Money” and everyone went wild, omg! It was so good, they vibe well together. 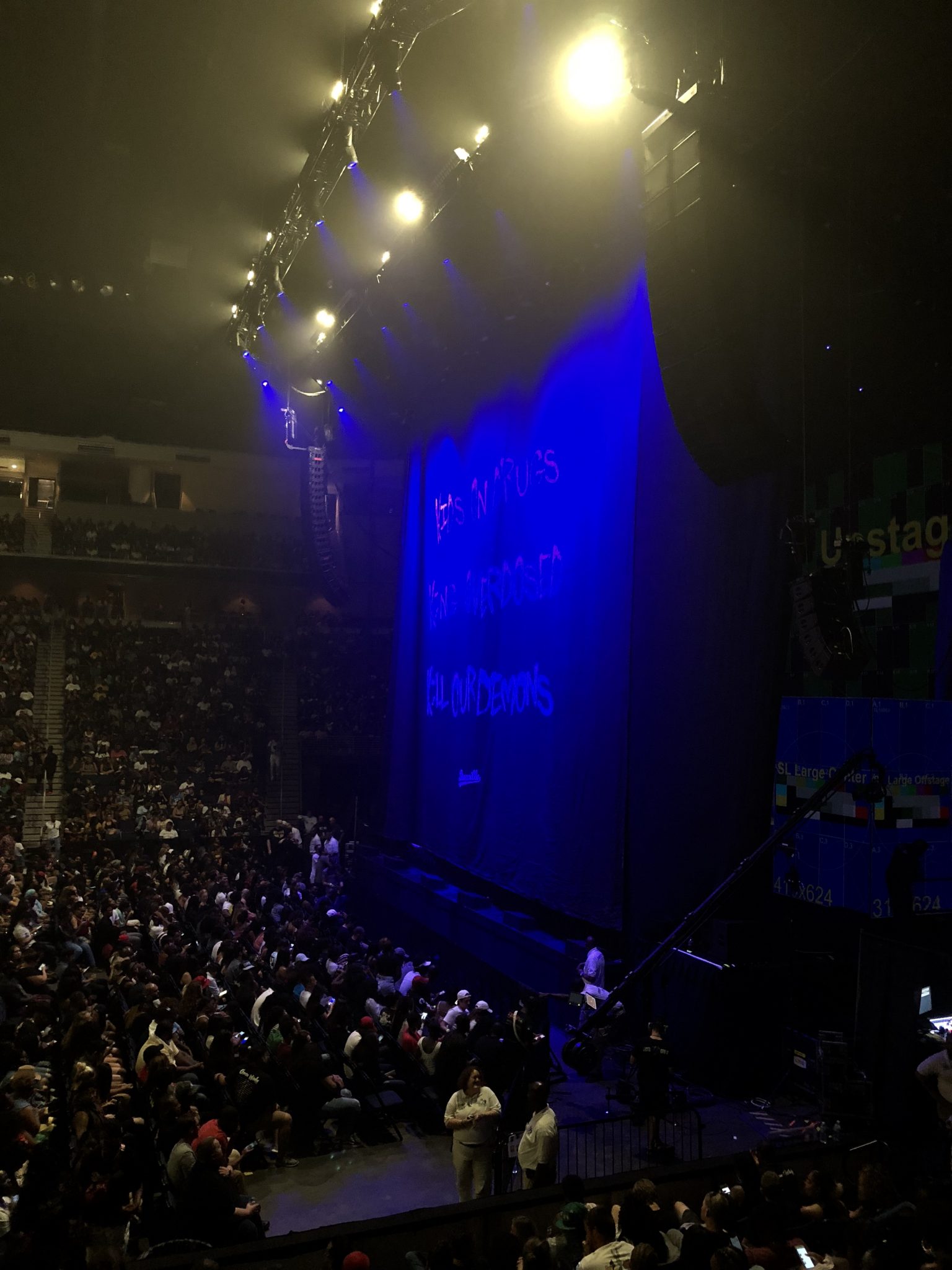 Next up was J.Cole and his set design was amazing! There was huge video screens placed throughout the stage with dangling letters that spelled out K.O.D. which means, “Kill Our Demons”. The North Carolina native came out on stage and was wearing a burgundy velvet shirt with white joggers trimmed in burgundy with his signature locs. The crowd stood up as he said hello to all the Atlantans! He said he really loves coming to ATL and this was his third stop on the tour. He plans on going to 31 more states as well.

This is Cole’s fifth album and this KOD album, follows his critically acclaimed, platinum-selling 2016 album 4 Your Eyez Only. He’s the third artist in history to to surpass 300 million audio streams in its debut week-an achievement that’s especially remarkable considering that KOD only contains 12 songs. Job well done! A little history about J. Cole…

So, I must say he had me up on my feet and I throughly enjoyed his performance! I liked the fact that he actually makes you think and has something to say in his music. If you love his music, I highly recommend you check him out while he is on tour, I’m sure there is a nearby city you can attend and take lots of other music lovers with you! The whole show is worth seeing for sure. I would like to thank Live Nation for the experience, it was GREAT, till next time! 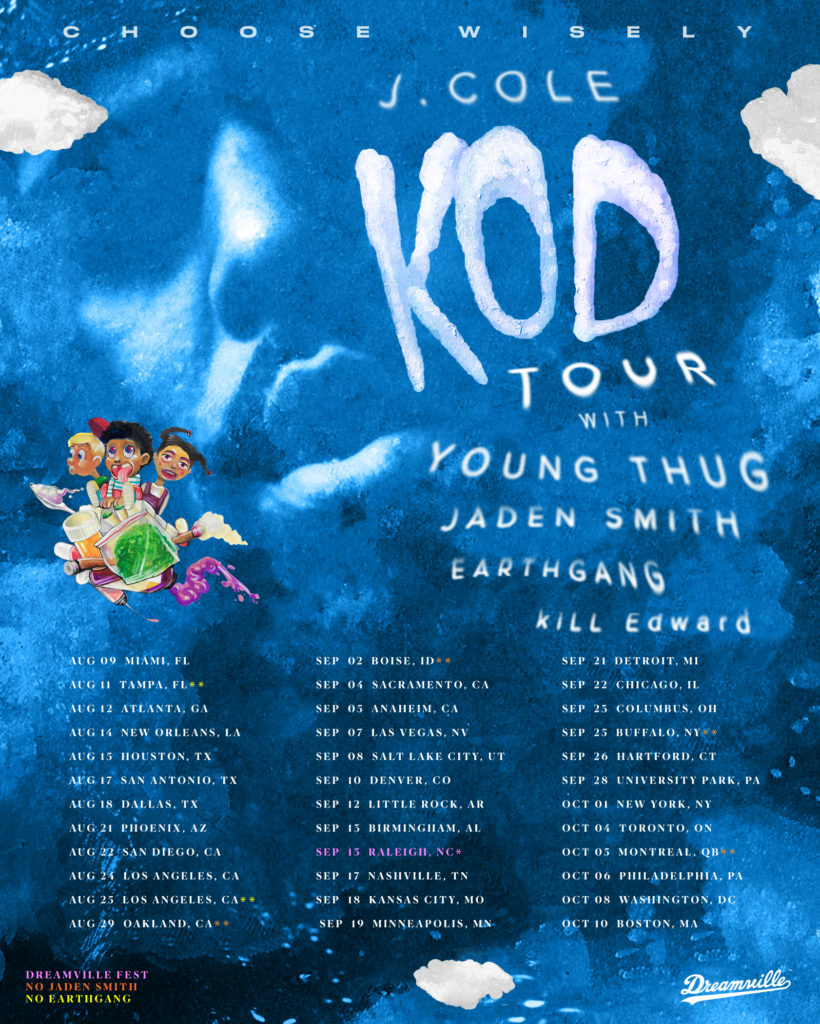