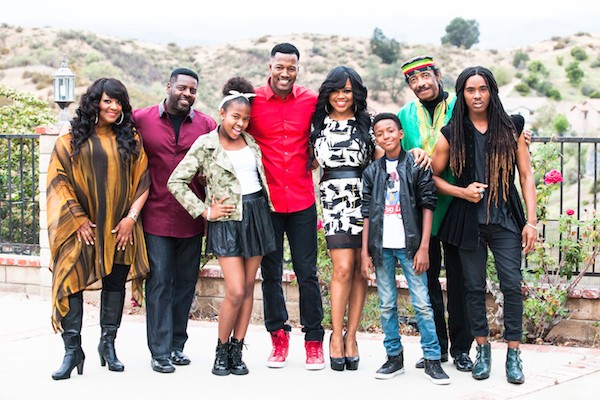 In a few days “Flex and Shanice” will premiere at 9PM ET/PT on OWN.” at 10pm. Will you be tuned in? I have a new promo clip inside, check it out! #FlexandShanice.

About “Flex & Shanice”
“Flex & Shanice” follows the lives of husband and wife duo, actor Flex Alexander (“One on One”), Grammy-nominated, ’90s pop singer Shanice (“I Love Your Smile”) and their extended family all living together under one roof. From the outside looking in, Flex and Shanice are living the dream – they are beautiful celebrities with a long-standing marriage, gorgeous kids and a lovely home in suburbia. But what this fairytale couple has been hiding from the world is that they have been struggling financially for the past five years. So they moved their hilarious extended family in to help make ends meet, but nine people under one roof can add just as much stress as it relieves. While Flex hustles to support the family and kick-start his career, Shanice struggles to balance being a mom with her demanding new recording schedule. This family is just trying to hold it together for long enough to capture that one big break that could turn their luck around.