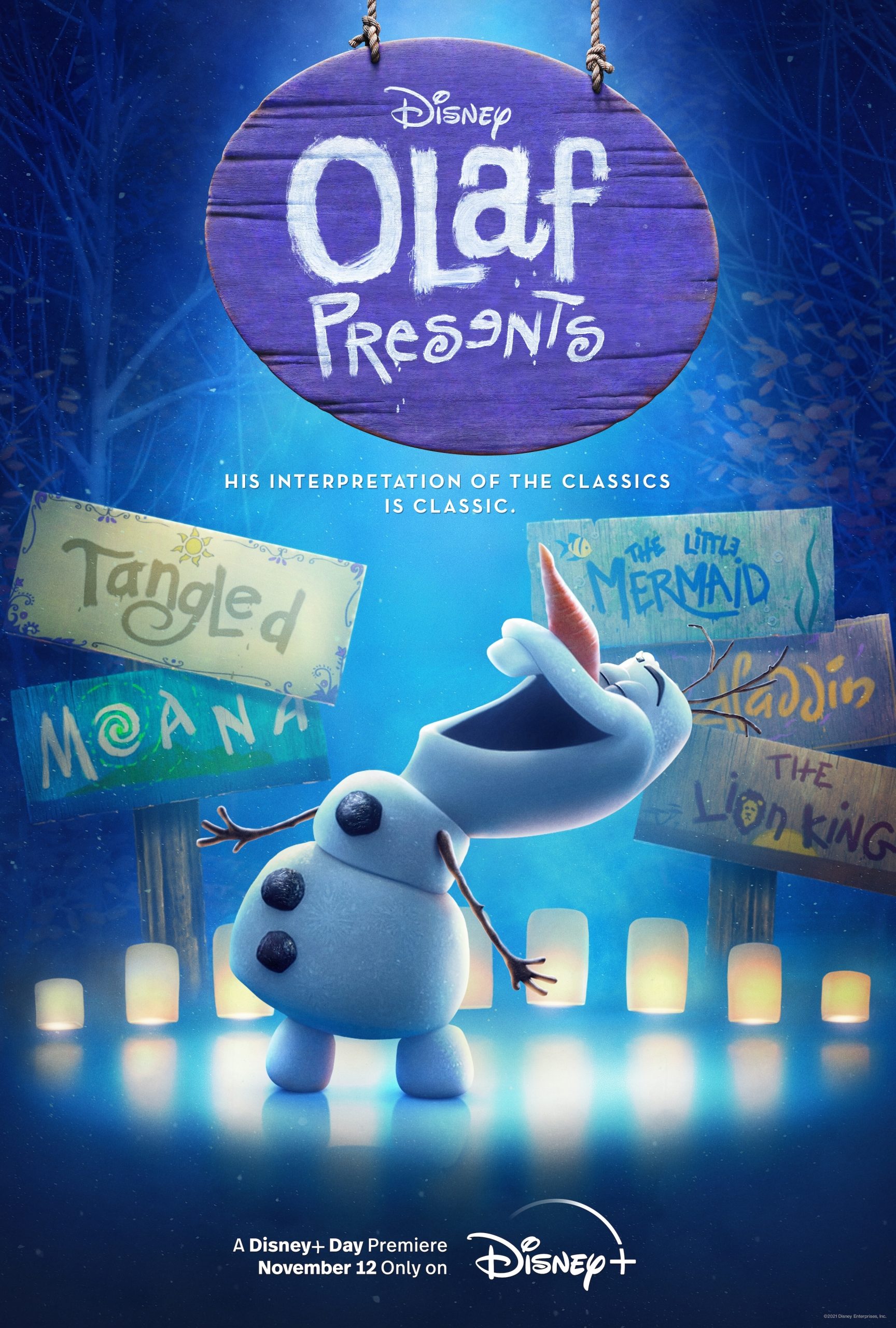 There’s a new series coming to Disney + and I’m too excited to watch it with my grandson! Its called, Disney Olaf Presents voiced by one of my favorite actors, Josh Gad! Its such a great series for kids of all ages! Step inside to check out the trailer and it streams on November 12th!

Olaf steps into the spotlight and goes from snowman to showman as he takes on the roles of producer, actor, costumer and set builder for his unique “retelling” of five favorite Disney animated tales in “Olaf Presents,” a series of new animated shorts from Walt Disney Animation Studios. The charismatic and versatile Olaf demonstrates his theatrical flair, taking on such iconic roles as a mermaid, a genie, a lion king (and most of the parts in between), as he entertains Arendelle with his delightful abbreviated versions of these beloved tales. Josh Gad returns to voice Olaf with veteran Disney animator Hyrum Osmond directing and Jennifer Newfield producing. Walt Disney Animation Studios’ “Olaf Presents” launches exclusively on Disney+ on Nov. 12, 2021.