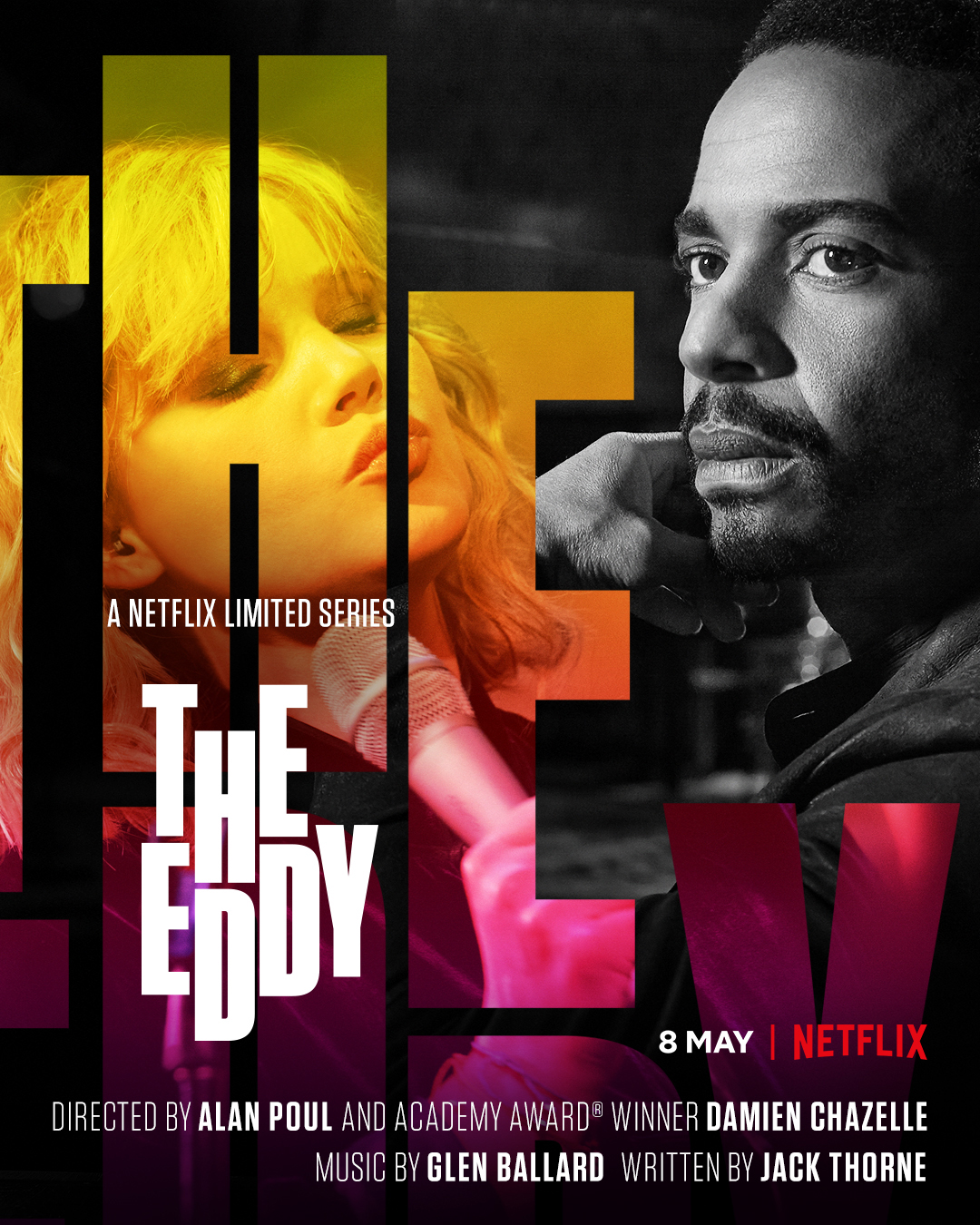 Today Netflix debuted the main trailer for upcoming limited series THE EDDY, which will launch globally on May 8th.
The official soundtrack for the series will also be released on May 8th via Arista Records and will feature original music from the show. 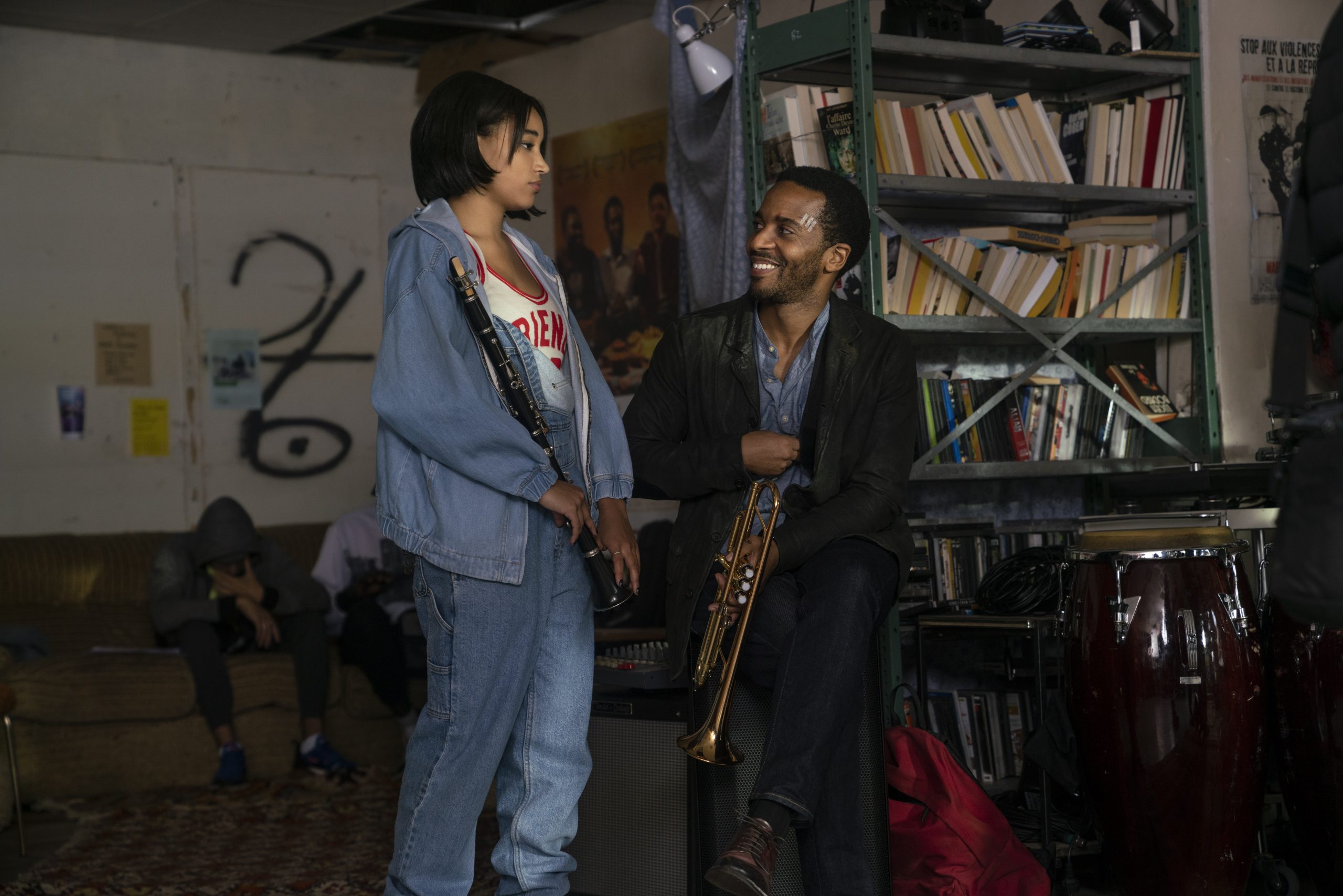 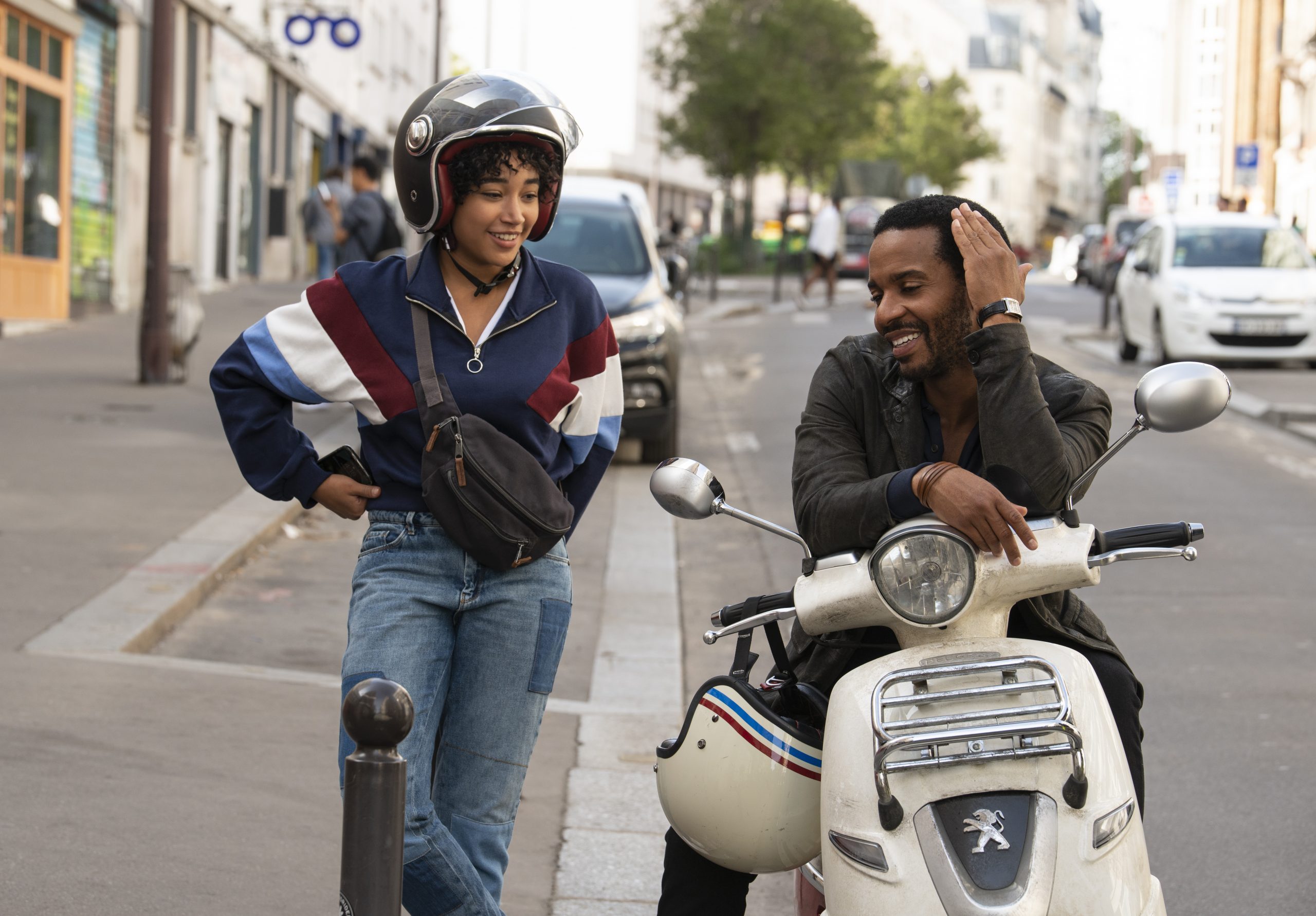 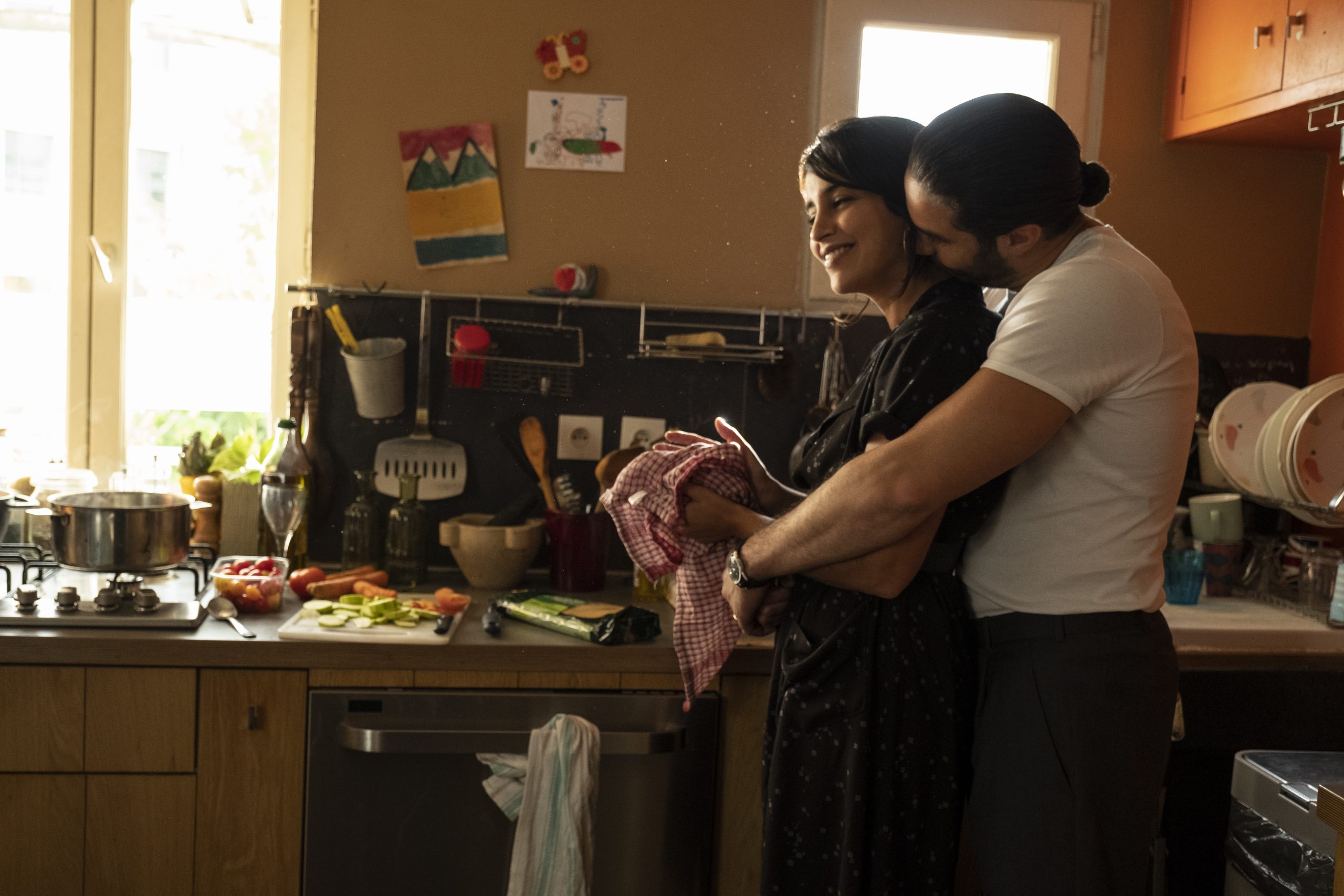 Directed by Academy Award® winner Damien Chazelle (La La Land), Emmy Award® winner Alan Poul (Tales of the City), Houda Benyamina (Divines) and Laïla Marrakchi (Le Bureau des Légendes), the Netflix original series THE EDDY is an eight-episode drama that takes place in the vibrant multicultural neighborhoods of modern-day Paris. Once a celebrated jazz pianist in New York, Elliot Udo (André Holland) is now the co-owner of struggling club The Eddy, where he manages the house band fronted by lead singer and on-again-off-again girlfriend Maja (Joanna Kulig). As Elliot learns that his business partner Farid (Tahar Rahim) may be involved in some questionable practices at the club, secrets begin to come to light that have also been concealed from Farid’s wife Amira (Leïla Bekhti), and when Elliot’s troubled teenage daughter Julie (Amandla Stenberg) suddenly arrives in Paris to live with him, his personal and professional worlds quickly start to unravel as he confronts his past, fighting to save the club and protect those closest to him. The series also stars Melissa George (In Treatment), Adil Dehbi (How I Became a Superhero), Benjamin Biolay (La douleur), Tchéky Karyo (The Missing) and rapper Sopico in his debut on-screen performance. 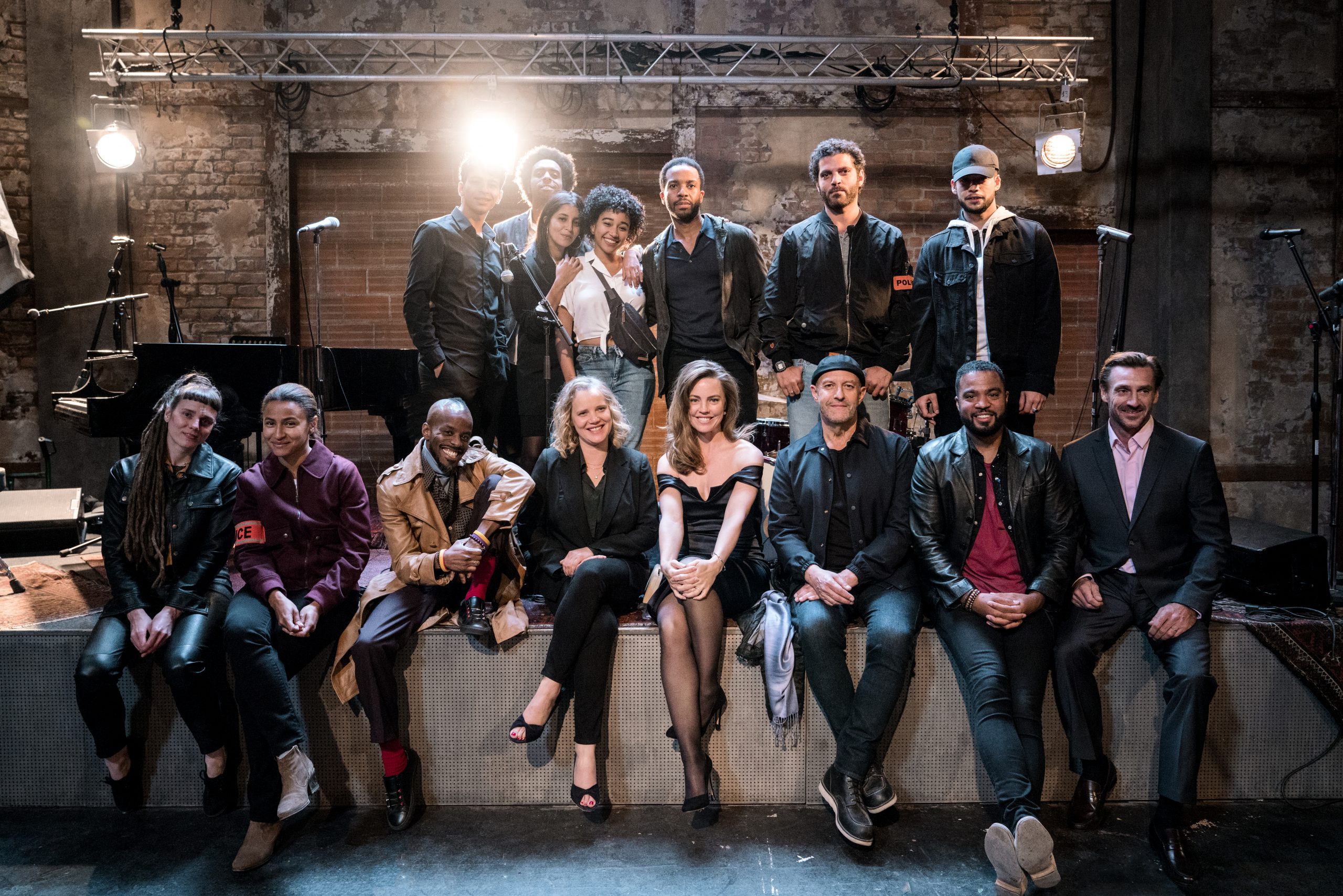 Interspersed with dynamic and uplifting performances, THE EDDY conveys the power of music to heal, unite and turn chaos into beauty. The series was brought to the screen through a collaboration between Alan Poul, Damien Chazelle, BAFTA Award winner Jack Thorne (National Treasure) and six-time Grammy Award® winner Glen Ballard, who wrote the songs and established The Eddy’s band which is composed of real-life musicians Randy Kerber, Ludovic Louis, Lada Obradovic, Jowee Omicil and Damian Nueva Cortes.