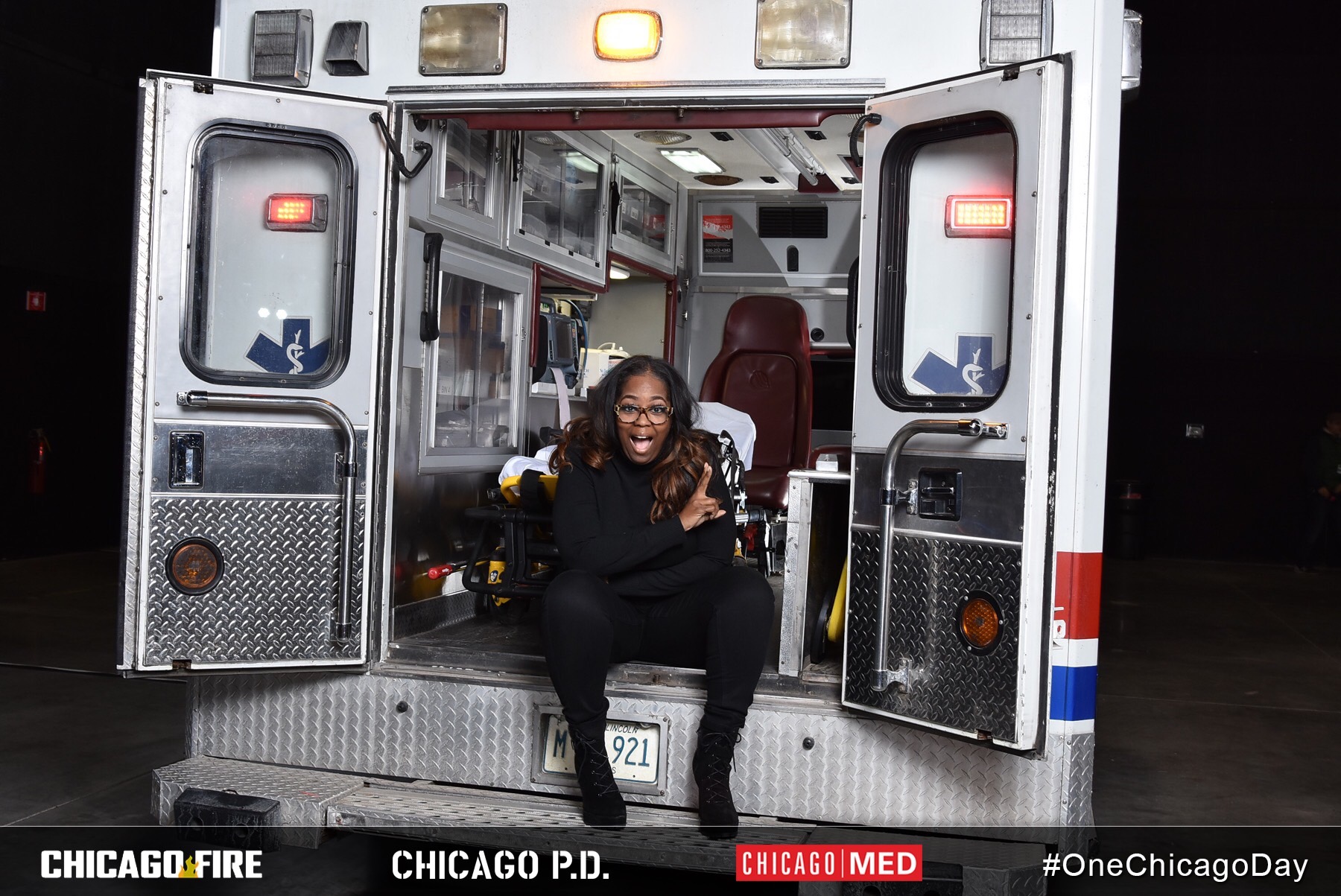 I was invited out by NBC for a few days of fun in Chicago! The Annual “One Chicago Day” demos took place at Lagunitas Brewing Company in Chicago, IL on October 30, 2017 and I had so much fun!

On set, I got to learn so many great tips from the actors and professionals that were there. They all showed us how they use their on-hand training for their roles on the show and how a person could use the same skills if they were to ever run into someone in need of medical attention or in danger. Ofcourse you would want to call 911 but every bit of information that they learn could help someone.

In high school, I took up diversified health occupations and thought I wanted to be a Registered Nurse. Once I got to college and took all those courses, I soon changed my major after my fourth year. Yeah, I had a change of heart. So being at the demos to learn all the life-changing skills brought back so many memories for me. Especially from Chicago Med and Chicago Fire. Check out all the fun I had at the live demo inside and don’t forget to check out all these fab shows on NBC that are currently airing now! 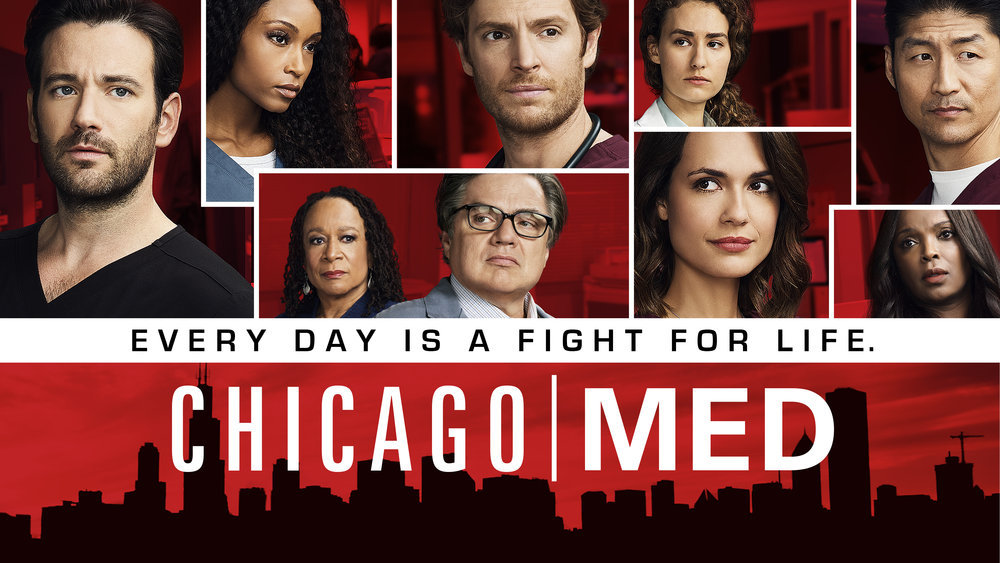 April Sexton (Yaya DaCosta) is a smart, bold and intuitive ER nurse navigating the hospital politics of dating a doctor and co-worker. Maggie Lockwood (Marlyne Barrett) is a confident charge nurse and the eyes, ears and brain of the emergency department. Joining the team this season is Dr. Bekker, a perennial thorn in the side of Dr. Rhodes while his girlfriend, epidemiologist Robin Charles (guest star Mekia Cox), recovers from a rare illness. April’s ambitious brother, Dr. Noah Sexton (guest star Roland Buck III), joins the ER as its newest physician.

Together, they will confront Chicago’s most critical medical cases and challenging ethical dilemmas with courage, compassion and state-of-the-art treatment. Inspired by ripped-from-the-headlines cases, “Chicago Med” will weave cutting-edge medicine with the personal drama that comes with working in such a high-intensity environment. Through it all, familiar faces from “Chicago Fire” and “Chicago P.D.” will intertwine with Chicago’s finest medical heroes. 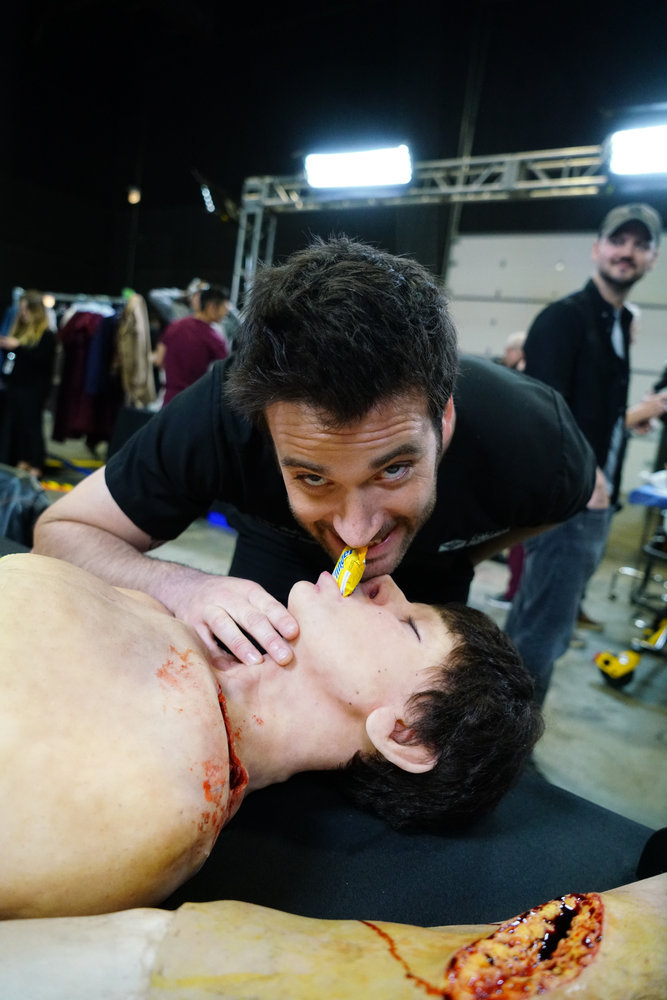 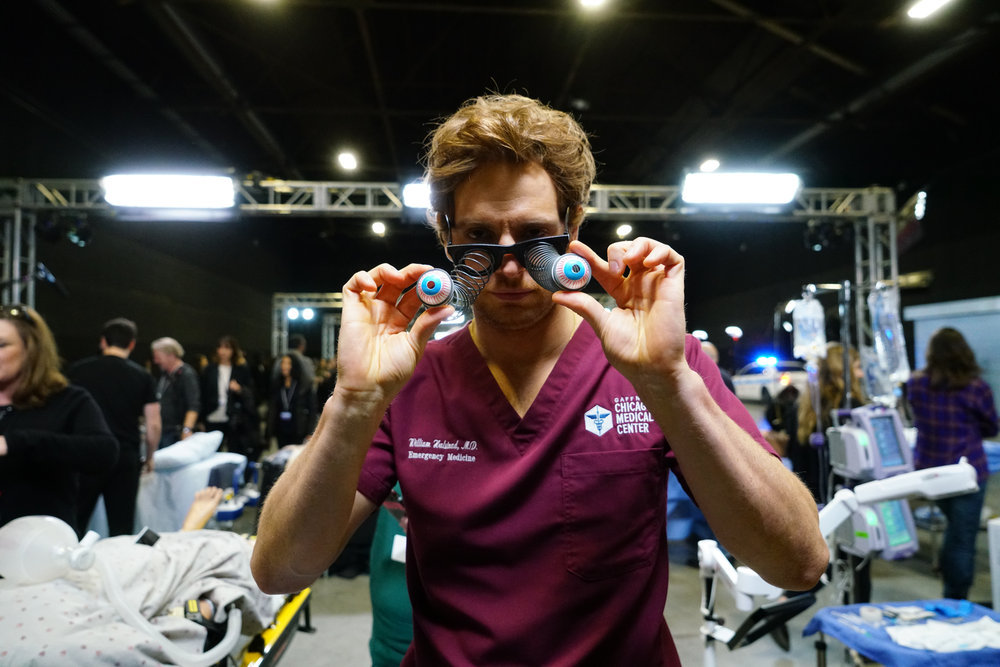 Actor Nick Gehlfuss(Dr. Will Halstead) is such the jokester 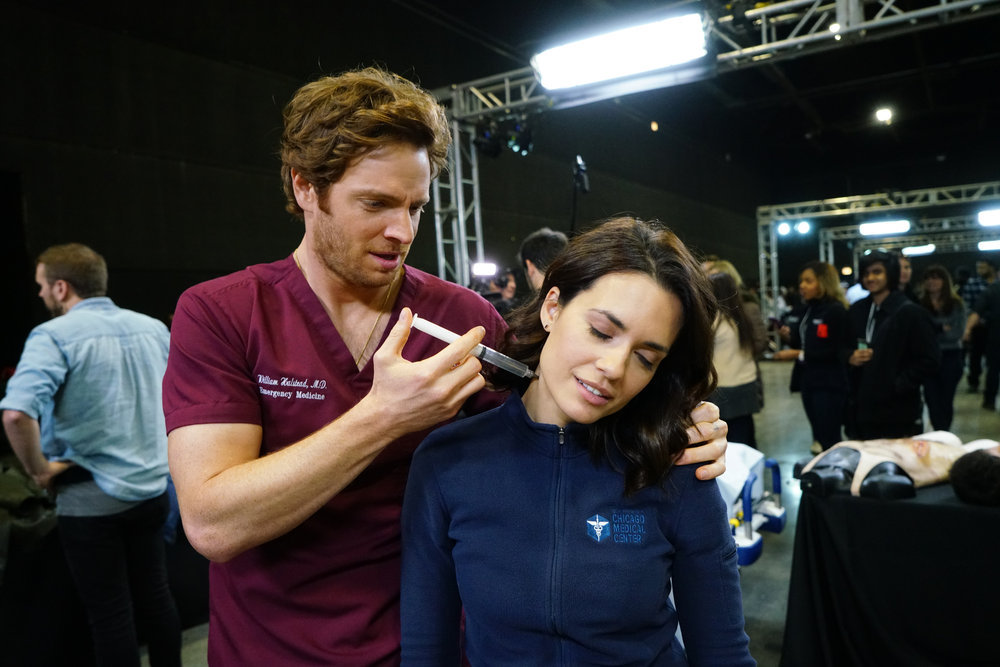 Nick Gehlfuss administering a shot to Actress Torrey Devitto (Dr. Natalie Manning). The needle is not real but they make it look like it. The needle actually retracts as soon as it touches the body lol. 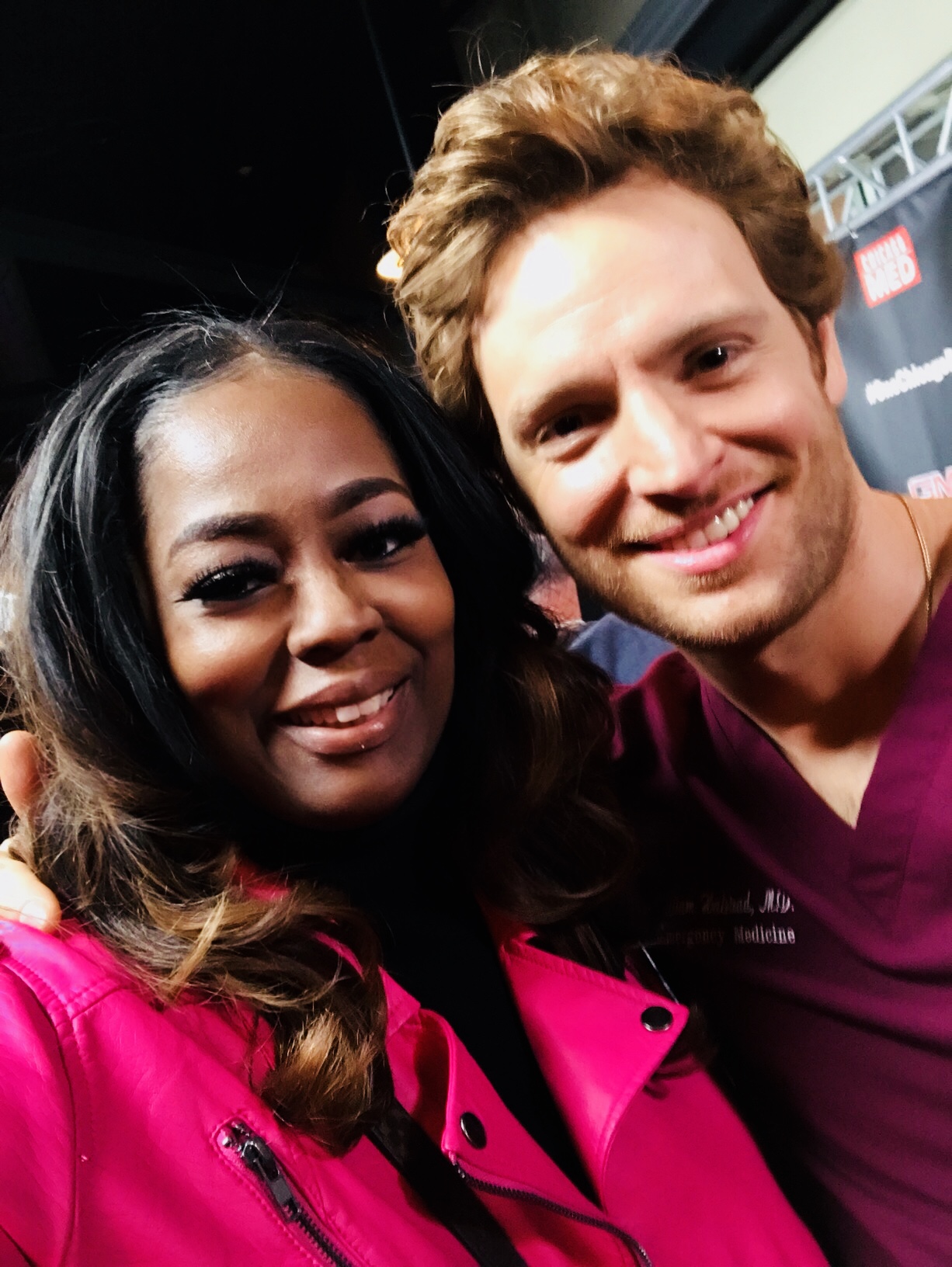 My buddy and fellow Clevelander, Nick! 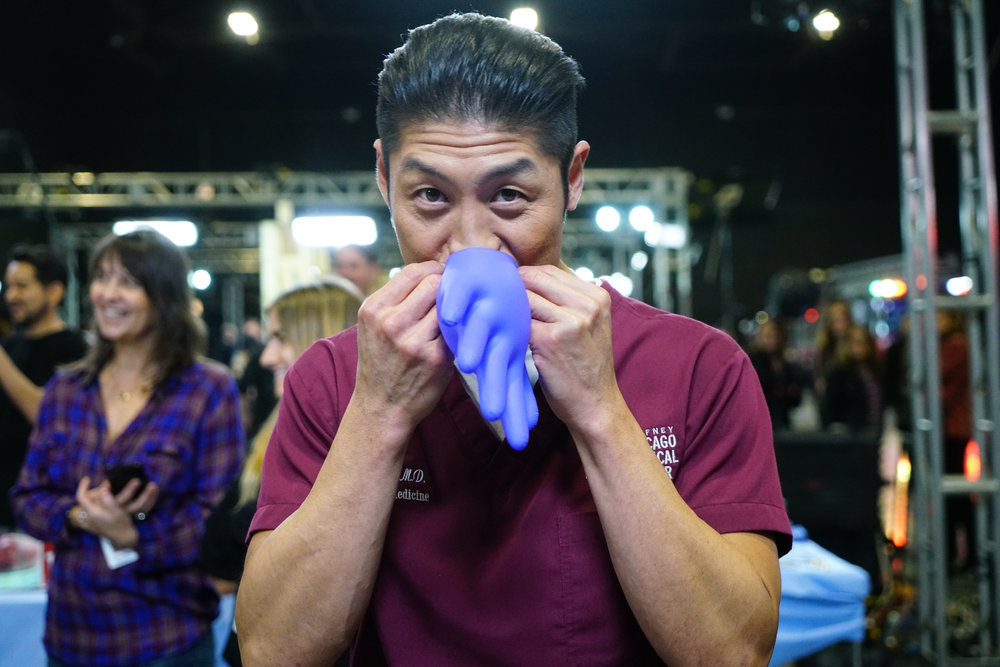 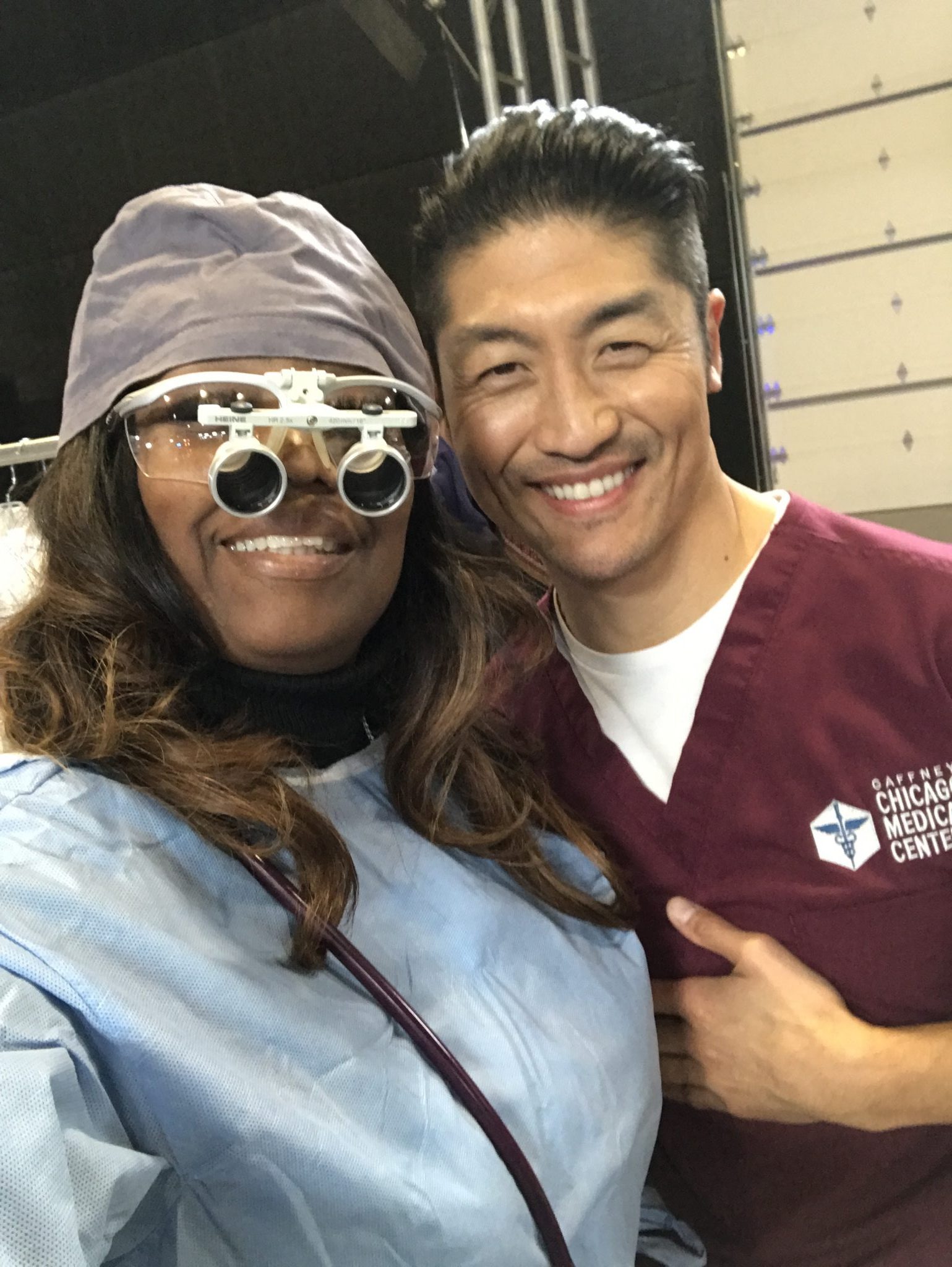 Brian dressed me up in scrubs to get me ready for surgery! The magnified surgery glasses had me laughing so hard! 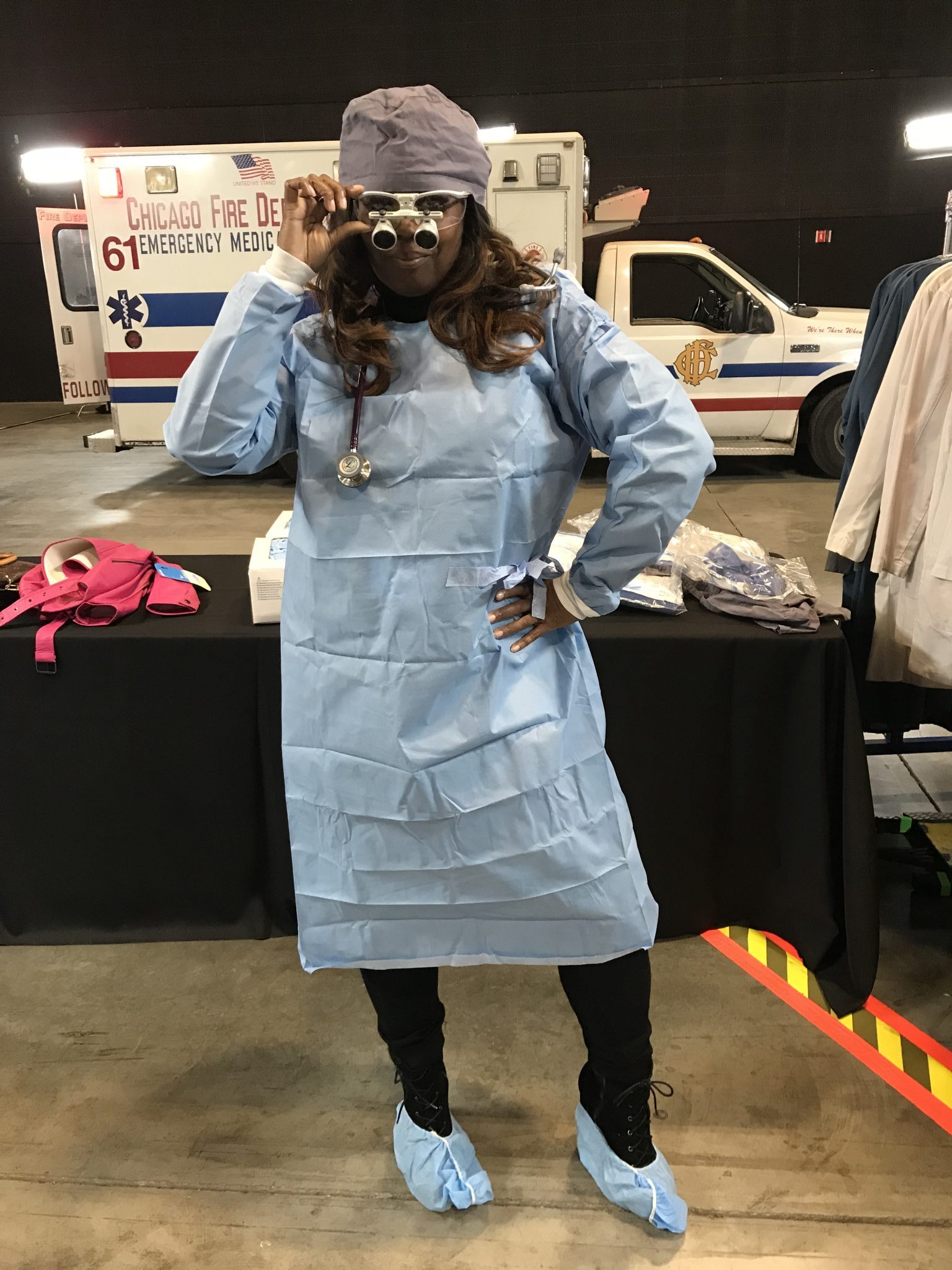 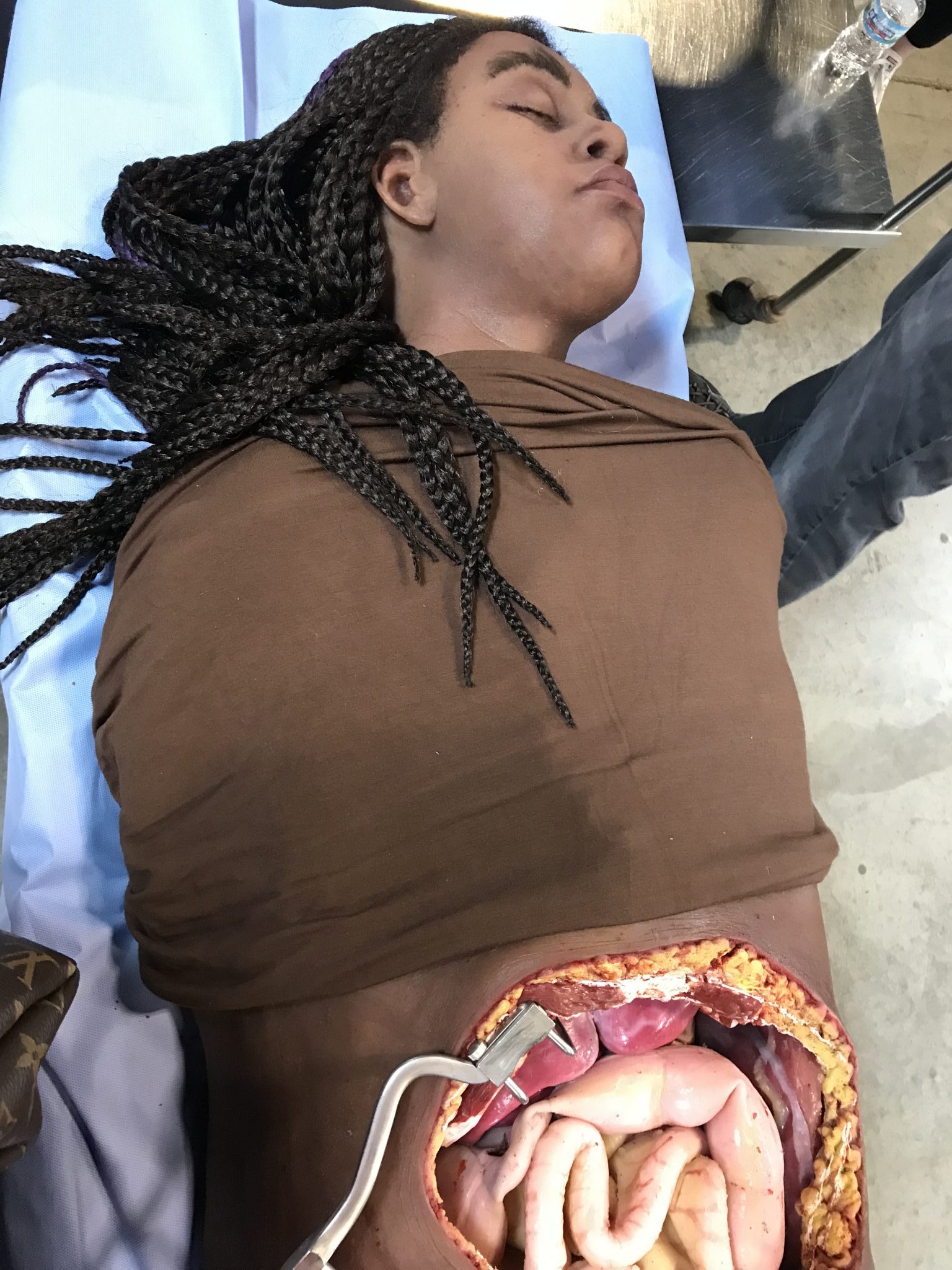 This dummy looked so real! 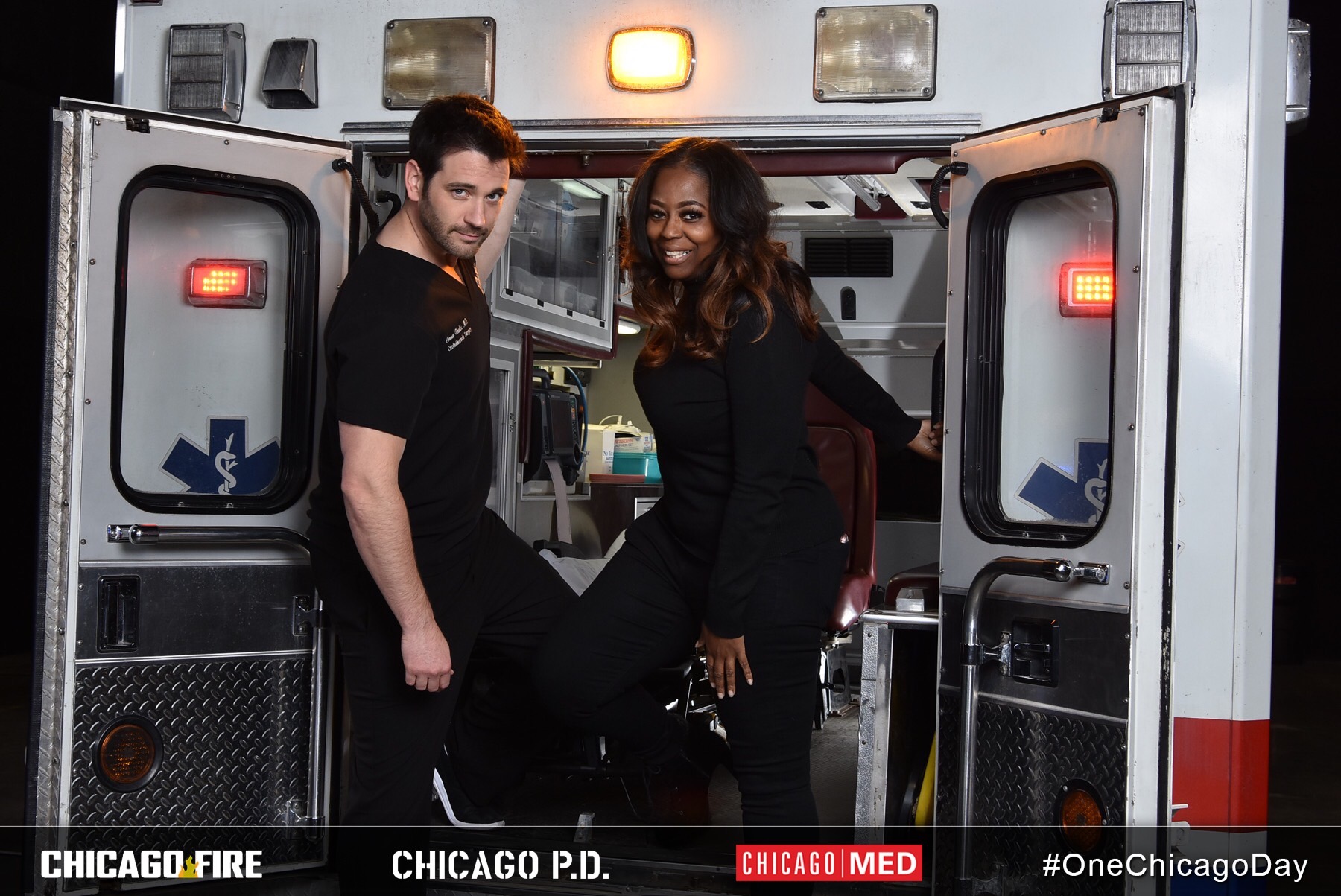 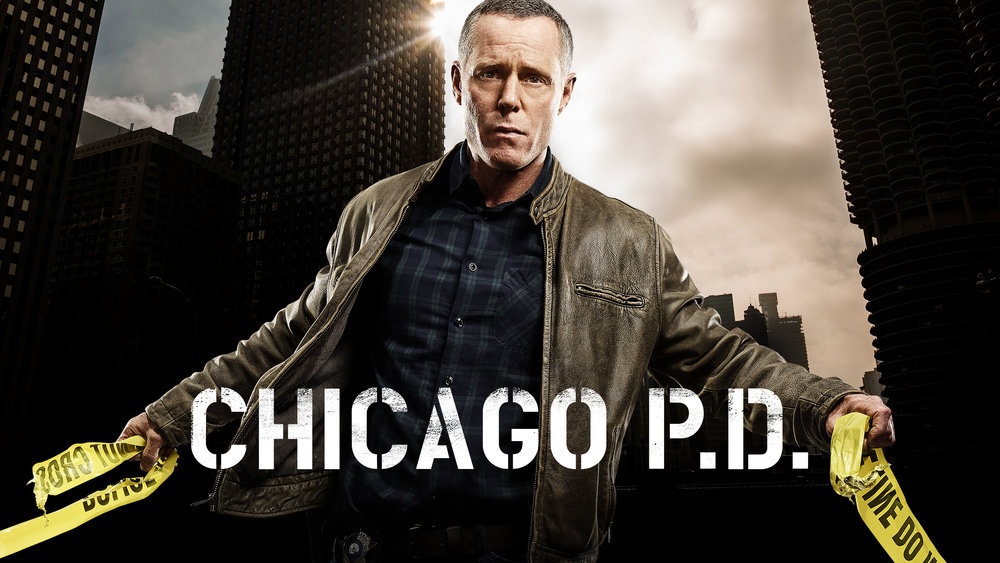 Detective Sergeant Hank Voight (Jason Beghe) and his intelligence team have always considered rules to be guidelines more than actual laws. Their goal has always been to protect their great city and they have used unique ways to help bring criminals to justice. Now it’s a new day and age in Chicago. Police are under siege and under a microscope – everyone from the federal government to politicians and citizens in their own city are watching. The intelligence team will feel the pressure, and their form of justice will be questioned and challenged.

Today, Chicago is a unique place to be part of the police department. Political and social agendas play key roles in how police function. Racial tensions, agendas of individual politicians, new federal regulations and other issues will be addressed this season. With police reform in full swing, the team is going to be forced to find new ways to achieve their ultimate goal: justice. 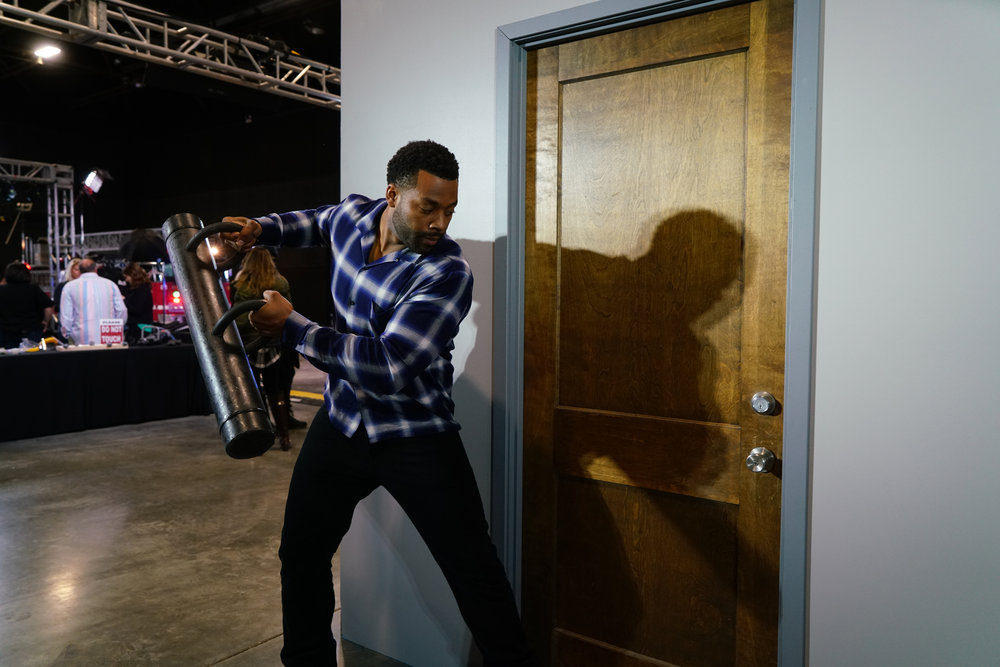 Actor LaRoyce Hawkins (Officer Kevin Atwater) did a live demo showing us how to do a door ram. I got a chance to try this and that thing was so heavy, omg! You’re supposed to yell out, “Chicago P.D.!!!!” really loud, then ram the door, then move to the side just in case someone is on the other side of the door and shoots. The police officers then rush in with their weapons drawn. It was pretty exciting to do! 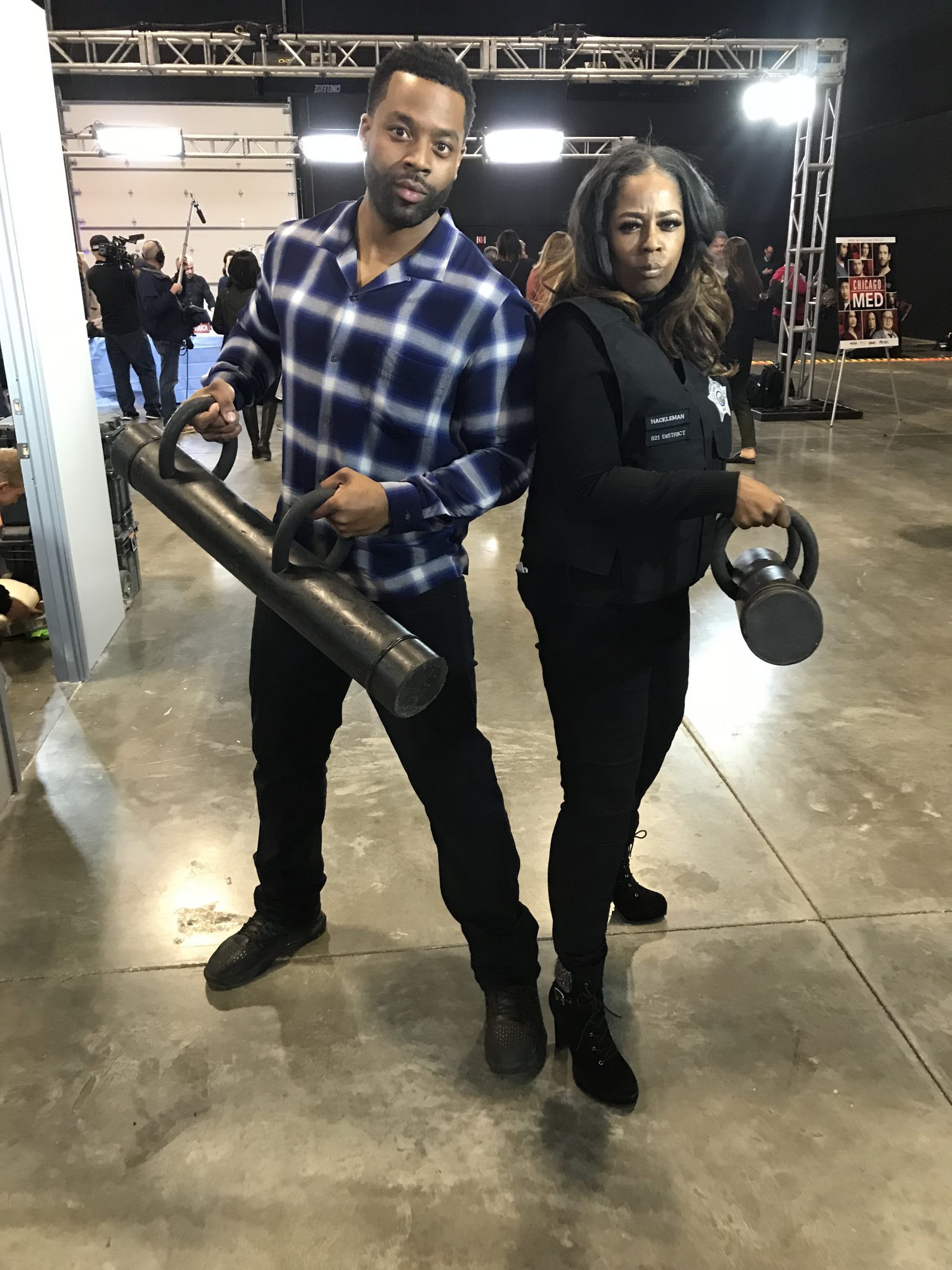 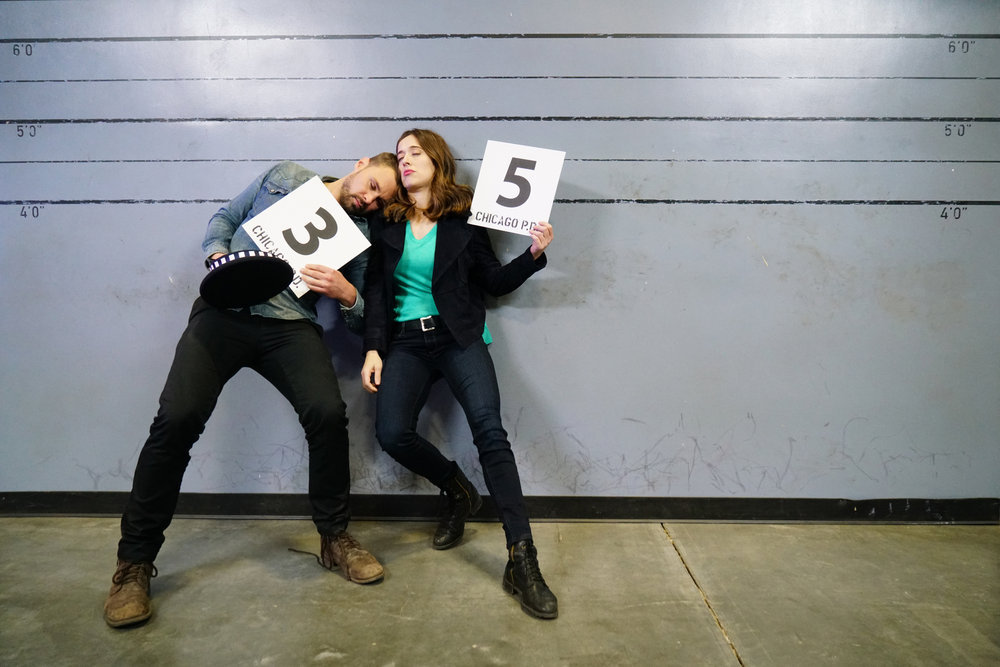 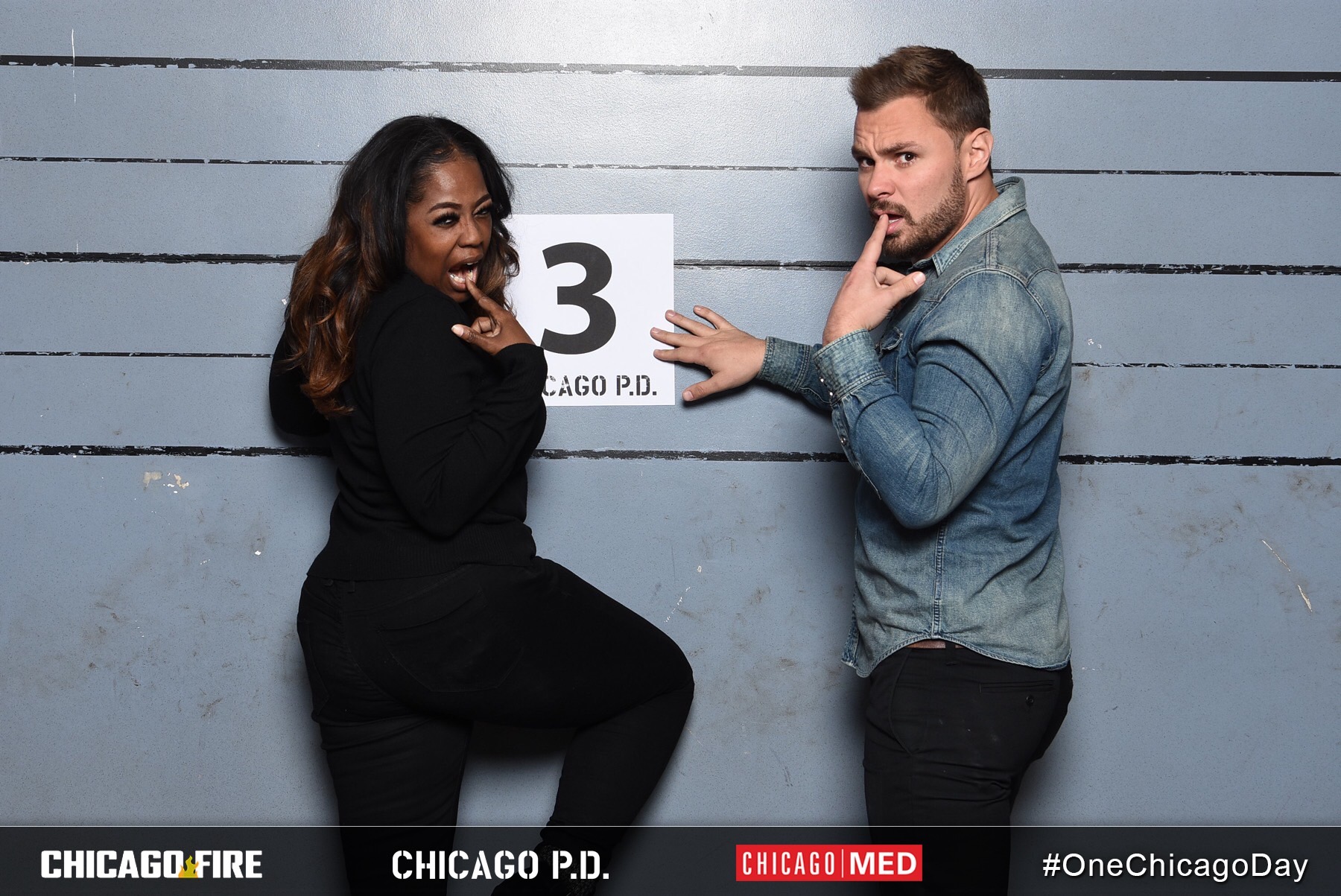 This picture is so hilarious, yes Patrick pose lol! 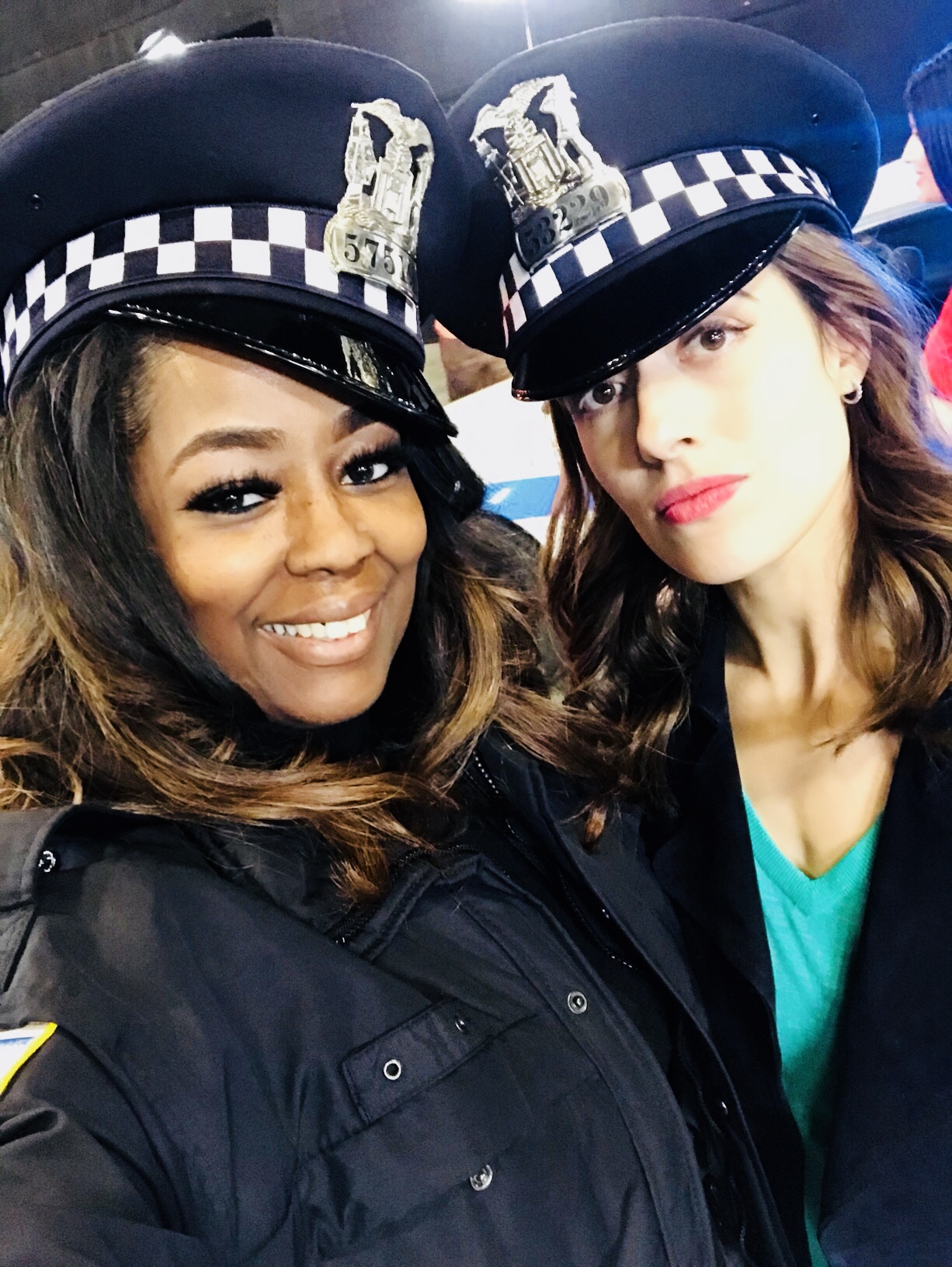 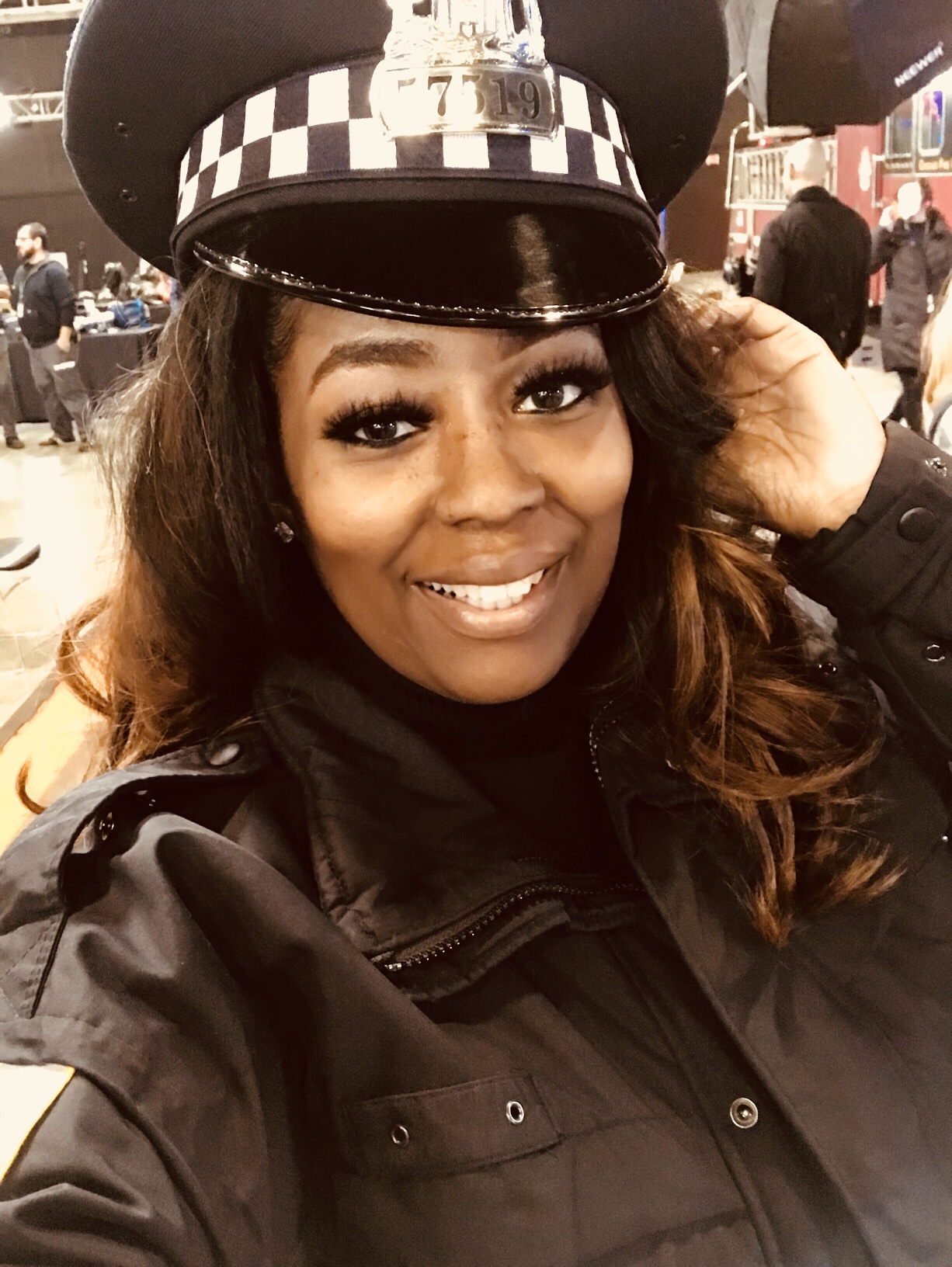 I never wanted to be a police officer but I did like the uniform lol. 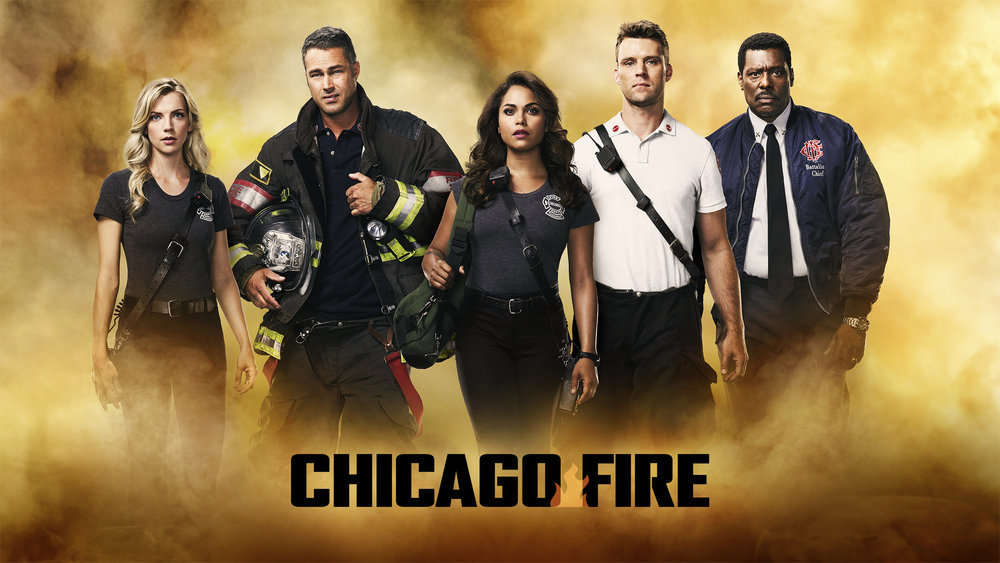 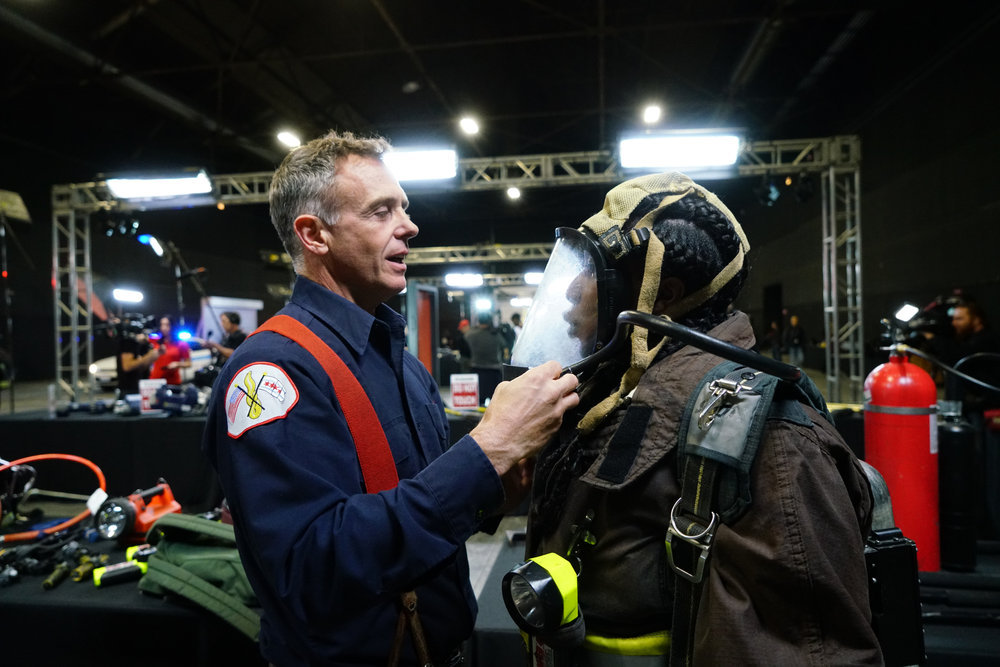 Actor David Eigenberg (Christopher Herrmann) got me all dressed up in firemen gear! It was very heavy and hot plus you have an oxygen tank on your back, huge helmet and you are carrying a firehose and sometimes an steal ax! Then if you are there to rescue someone, you have to drag them out of harms way, it was so scary and exhausting! 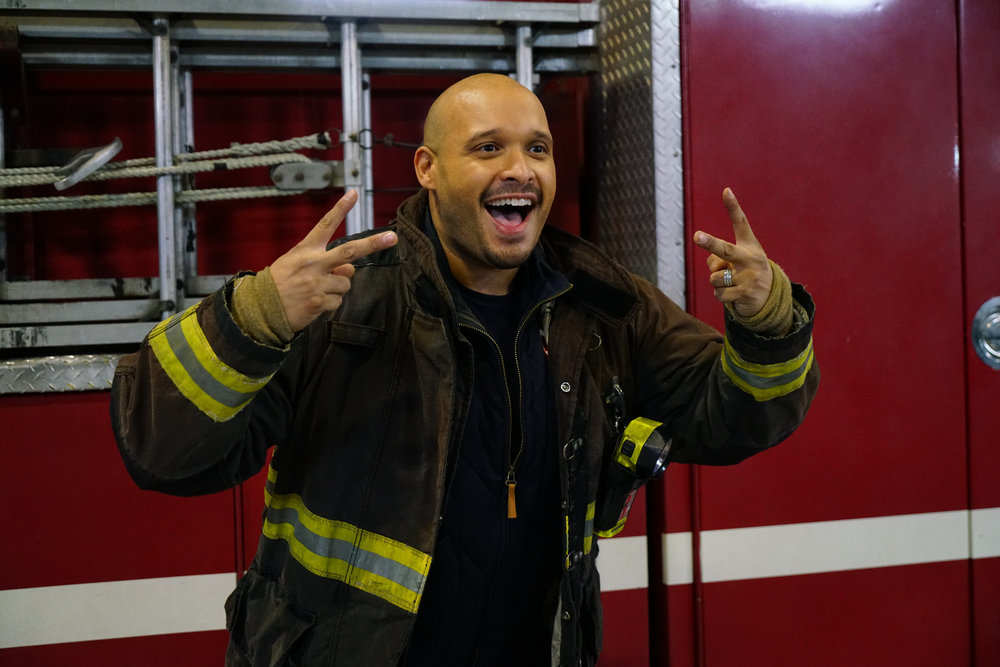 Actor Joe Minoso (Joe Cruz) showed me how to do a dramatic rescue and save a life! It was no joke but it was fun! Most times you only have seconds to save someones life in a fire….Yikes! You are really working on adrenaline for sure! 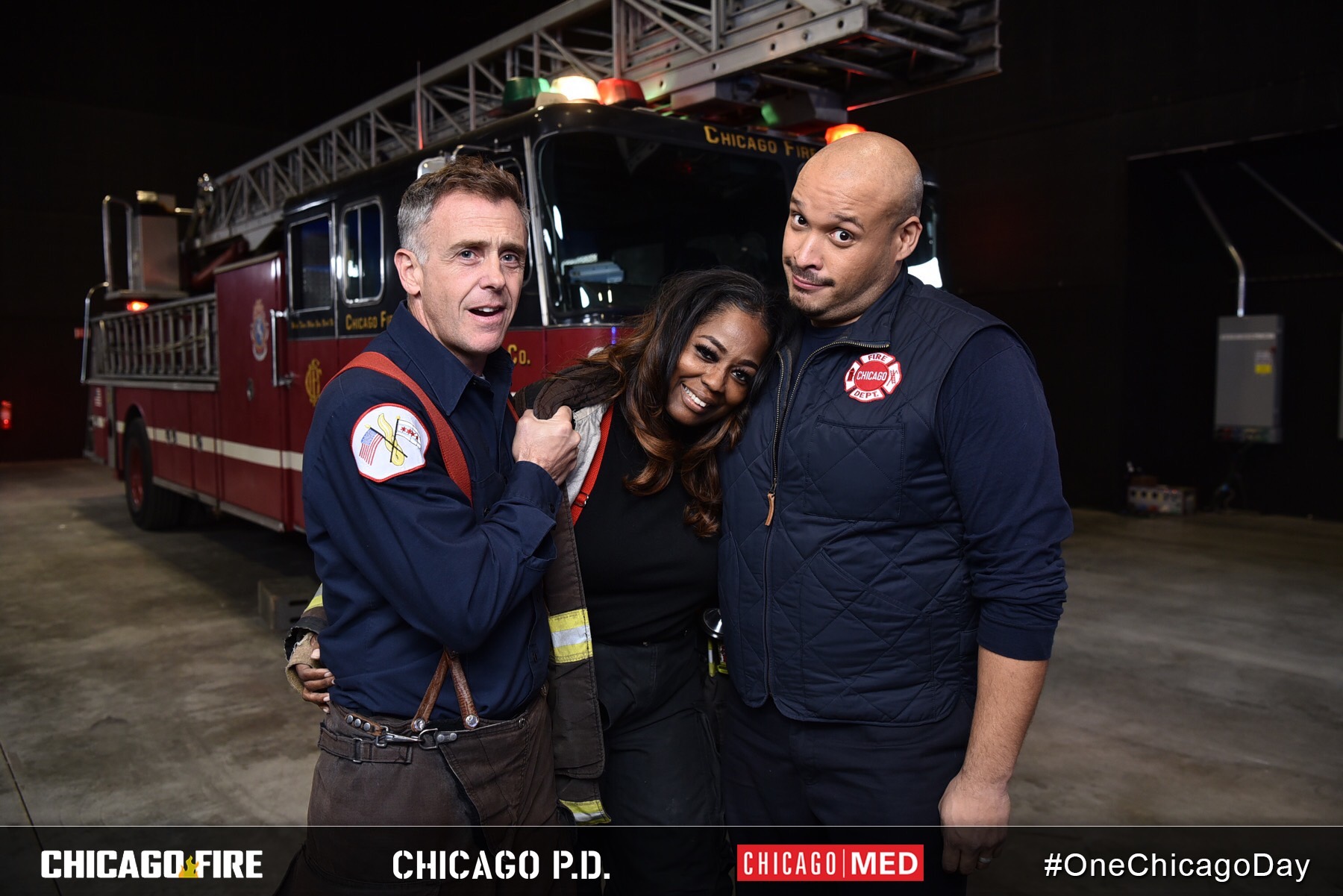