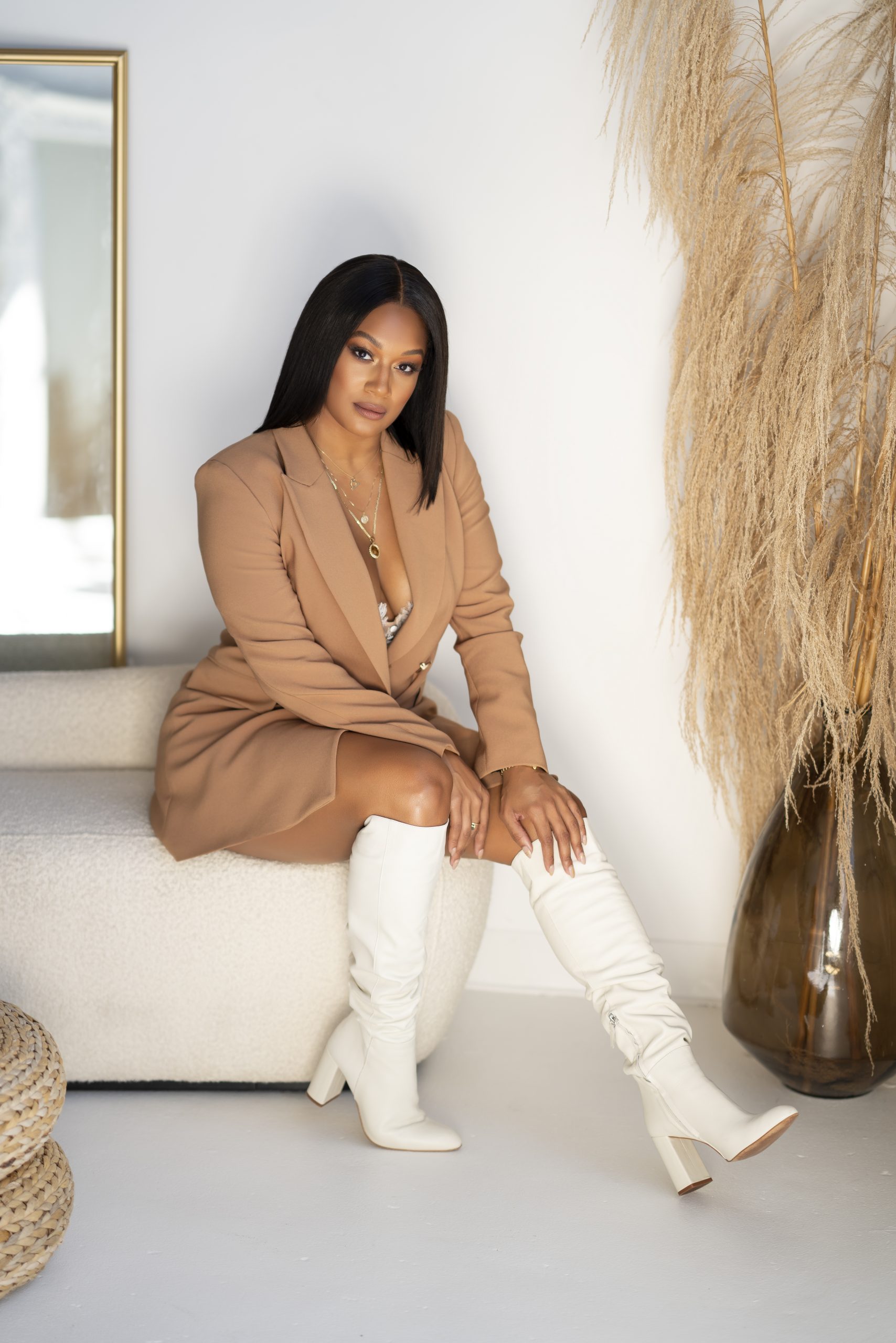 I remember first meeting Actress Crystal Renee’ Hayslett at a red carpet here in Atlanta. She’s best known for her role as Fatima on Tyler Perry’s Sistas on BET. Crystal is a true representation of starting from the bottom and staying committed to your dreams. She started her journey in Washington D.C. where she worked on Capitol Hill for the United States Senate. Crystal, then, realized she had a strong desire to tap into her creativity. She later moved to Atlanta to stay with her uncle and struggled to keep herself afloat. For almost a year, she constantly leaned on family and friends for support, while searching for a job. Crystal began auditioning for  small acting roles and accepted jobs as an extra just to get her foot in the door in the midst of receiving no’s and facing rejection for bigger roles.

Crystal later accepted a position as a Production Assistant at Tyler Perry Studios and worked her way up to head costume designer before landing the role of Tyler Perry’s personal stylist. As she began receiving these promotions, she also started getting call-backs from her auditions, which led her to a crossroads. She was uncertain if she should continue her fashion career or take a chance on acting. Eventually, Crystal was able to get some of her audition videos viewed by Tyler Perry. He was pleasantly surprised by her talent and later offered her a role on Tyler Perry’s Sistas. Crystal’s journey wasn’t an easy one, but she stayed consistent and worked hard. She still finds time to watch movies and study actors like Viola Davis and Denzel Washington. In her downtime, she supports youth education within her community by actively assisting them with homework and after school activities.

Checkout my interview with her where she talks about her signature style, working on Capital Hill, being a former costume designer for Tyler Perry, landing her role as Fatima and more! Sistas is airing now on BET Wednesdays at 9/8c 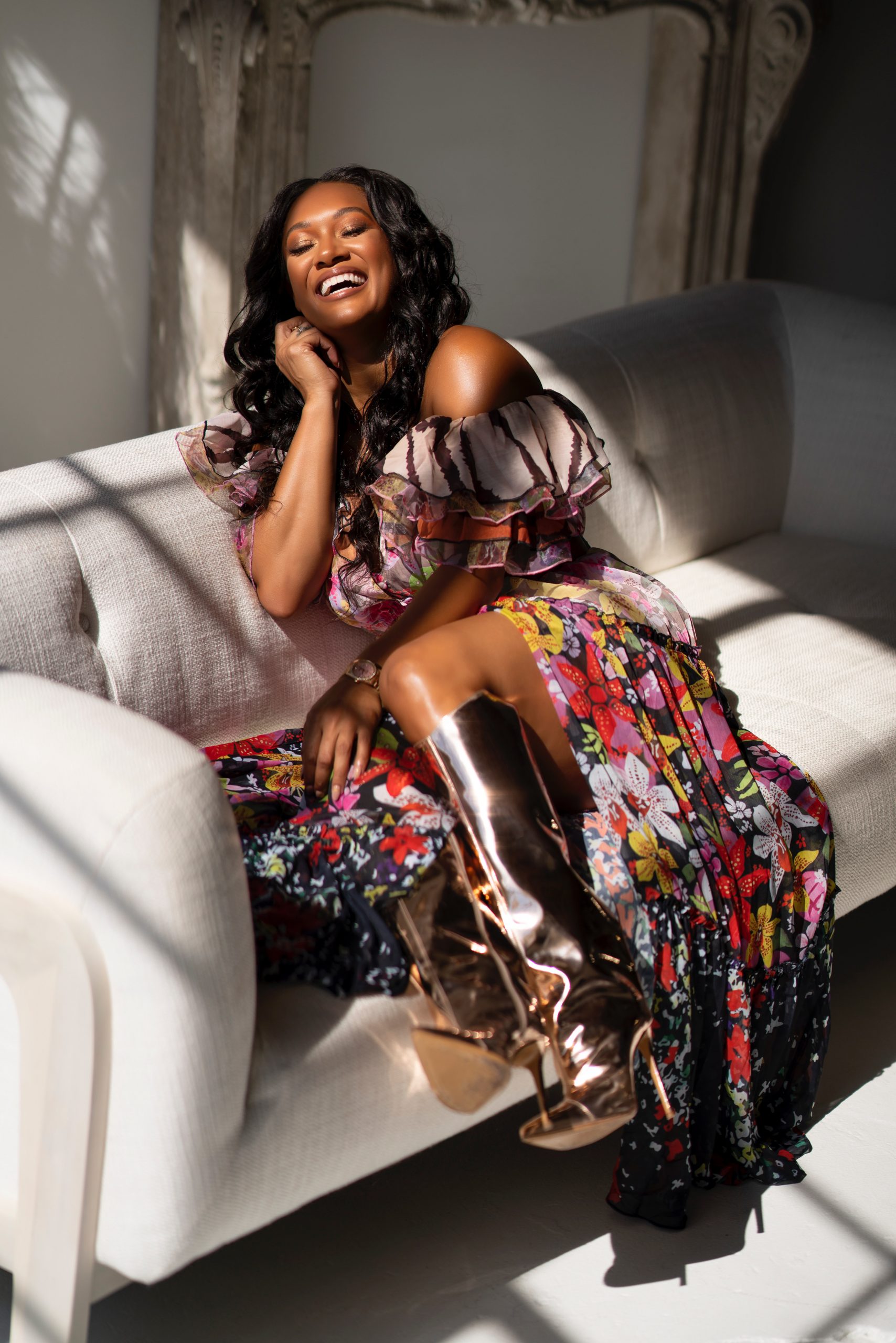 Wow, you worked on Capitol Hill! Tell us about that experience?

It all started my junior year in college when I was chosen to intern for the US Senate for a semester. It was such an amazing experience and I absolutely fell in love with Washington, D.C. During my second to last semester of college I was offered a full-time job to work for the Senate. It was an exciting time, especially for young African American’s on the Hill, since Barack Obama was running for President. I worked there for two and a half years with the Senate H.E.L.P. Committee as a Legislative Correspondent. Until one day it hit me, that I wasn’t walking in my purpose, so I moved to Atlanta in a strong pursuit of my purpose.

You were a wardrobe stylist at Tyler Perry Studios. Such a dream job! Were there any memorable moments with anyone you’ve styled?

Yes, being the Costume Designer at Tyler Perry Studios allowed me to work with some amazing and iconic actors, from Phylicia Rashad, Chris Rock, Omari Hardwick and Whoopi Goldberg — all a delight and honor to dress. My favorite person ever would have to the incomparable Cicely Tyson. Talk about legendary, wisdom, history, class — icon!!! It was fun collaborating with her on wardrobe and seeing how she envisioned her character. I learned so much from her.

What would you consider your signature look/style?

For me comfort is key! I’m minimalist when it comes to my look. I love mixing textures and different fabrics. I’m usually in neutral tones or black — super simple and chic.

When did you feel the urge to want to pursue a career in acting?

I feel like it’s something that was planted in me since I was a child, but it wasn’t until 2009 that I made a conscious decision to go for it.

How did you land your role as Fatima on Tyler Perry’s Sistas? How did you prepare for this role?

I’m a consulting producer on the show and as Tyler was writing & creating characters, he created the character Fatima for me. Fatima and I are similar, so it’s fairly easy to pull from natural instincts and personal experiences. I created a back story for her, my character is from Philly, so I studied my friends from Philly, what it was like growing up there and how that may effect decisions she would make as an adult. She’s a virgo — I studied the characteristics of a virgo. Fatima is constantly evolving so there will be different aspects to think about when preparing for each season.

What is your advice to upcoming aspiring actors who want to get into the business?

Stay on course. Study. And live — there isn’t a better teacher than life itself. When you live, you have so many areas to tap into when bringing a character to life. 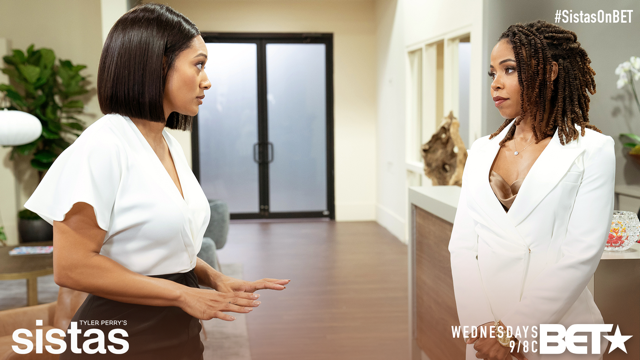