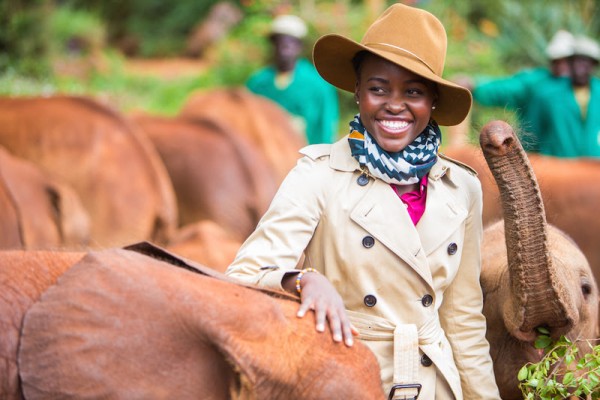 Academy Award-winning actress Lupita Nyong’o has returned to her native Kenya and announced today that she will advocate globally for elephants with international conservation organization WildAid, as well as promote women’s issues, acting and the arts in Kenya. 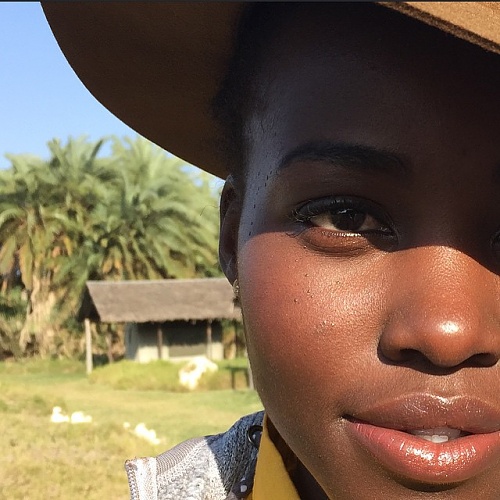 “I am proud of my Kenyan heritage, and part of that heritage is the incredible wildlife haven that is in our care,” Ms. Nyong’o said at a Tuesday press conference in Nairobi. “I have come to realize that when you know more, you do more. I want to encourage people all over the world to learn more about these incredible animals. From reading a conservation website like WildAid.org to visiting one of the many, unforgettable, world-class national parks. I ask the world to end the current elephant poaching crisis by being ‘Ivory Free.’ It is time to ban sales of ivory worldwide and to consign the tragedy of the ivory trade to history.”

Ms. Nyong’o spent time in Amboseli National Park with the Amboseli Trust for Elephants and at the David Sheldrick Wildlife Trust’s elephant orphanage, meeting with local conservationists and filming messages for international distribution in Kenya, Tanzania, South Africa, China, Hong Kong, Thailand and the United States. These messages are designed to raise awareness of the elephant-poaching crisis and to reduce the demand for ivory in consuming markets. Ms. Nyongo also met with Kenya-based African Wildlife Foundation and Save the Elephants who partner on these projects, as well as representatives of Wildlife Direct, and Ol Pejeta and Lewa Conservancies — all groups active in combatting poaching in Kenya.

“Brave and dedicated people are giving their lives to protect our elephants,” Ms. Nyong’o said. “They need all of our support, from people in the United States and Asia by not buying ivory, and from Kenyans in supporting anti-poaching by reporting wildlife crime. Poaching undermines national security and endangers jobs and community support derived from tourism.”

At a Tuesday press conference in Nairobi, film was shown of Ms. Nyong’o as a young girl singing for the elephants, as well as some highlights of her trip, which will later be used for television, radio, social media, newspapers, magazines and billboards with the message in Africa that “Poaching steals from us all,” and in Asia and the US that “When the buying stops, the killing can too.” Ms. Nyong’o joins a host of international icons including Jackie Chan, Yao Ming, Edward Norton, Prince William and David Beckham who are featured in the campaigns. WildAid and the African Wildlife Foundation plan to recruit more prominent Kenyans to join the campaign locally when it launches next year.

Though Kenya banned the ivory trade 25 years ago, growing affluence in Asia has produced a new class of ivory consumers who have reignited demand and stimulated the illegal ivory trade, resulting in an escalating poaching crisis. Across Africa, up to 33,000 elephants are killed annually for their ivory, with militant groups and international criminal syndicates profiting from the trade.

WildAid CEO Peter Knights said: “There has been a 50% increase in awareness of elephant poaching in China in the last two years, 95% of Chinese surveyed support a ban on ivory sales, and the government recently announced a phase-out of legal ivory sales. Kenya has passed new stricter laws and is cracking down through the courts. So there is some light at the end of the tunnel for elephants, and we hope Lupita can help us all secure their future.”