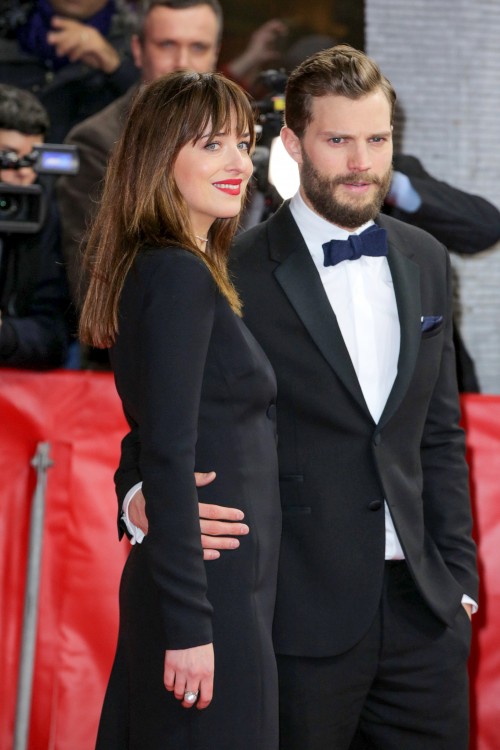 Actors Dakota Johnson and Jamie Dornan  attended the 65th Annual Berlinale International Film Festival. They are on a whirlwind since the release of their movie Fifty Shades of Grey today and now they have to make their rounds to all of these press tours and junkets. I’m sure they are exhausted but let’s jump right into my Pinky Review of their film without giving too much away.

I’m going to tell you right now, I didn’t read the book and don’t really care to with my schedule its hard to sit still and pick up anything lol. I recently found out that 25-year-old Dakota’s parents are non other than actors Don Johnson & Melanie Griffith. Now it all makes sense lol. I’m sure lots of actors tried out for the role but I always say its all in who you know in Hollywood lol. Im not saying that she did a bad job in the movie but you can google to see what movie critics had to say about her acting abilities. I was very pleased that I was able to follow along in the movie but it did start off pretty slow. Dakota plays character Anastasia Steele a college student who is a bit naive but curious.

She meets and falls head over heels for Christian Grey played by actor Jamie Dornan who I had never heard of before. Both to me had awkward chemistry on camera a bit forced between them but they acted the best they could I guess lol. I really was not feeling Jamie at all playing Christian but the Caucasian ladies that filled the movie theater last night was oohing and awhing over him, I just didn’t see what the hype was all about. He’s a nice looking guy with an ok body but he just didn’t move my spirit as someone playing a leading man.

Anywoo, I’m warning you now, its a lot of nudity and sex scenes and I mean A LOT! I got so tired of seeing Dakota’s naked tail but funny thing is, I was not a bit offended because she looks like a young under developed teen going through puberty. She literally had nothing to see but I just got tired of seeing these two naked in about 45% of the movie geesh! Character Christian Grey was cool to me, I liked that he was smart, spoiled, super rich, arrogant and got what he wanted but I was expecting to see more go on in his “play room” which was pretty boring stuff. I was intrigued to learn more but nothing happened! WTH! It was nothing I haven’t seen in other dominatrix scenes or pictures. I thought I was going to learn something new but nope!

The movie moved along ok, Christian’s lavish lifestyle thrilled me and the movie kept my attention pretty much. I knew that it was not going to end well though between these two but you will have to go out and see what happens for yourself. They say this movie is a trilogy and I can see why. In theaters now, go with your girlfriends please because you do not want someone you just met getting any crazy ideas, its not a date night movie to me unless you’re married already lol! I give it a solid B. Till next time! xoxo 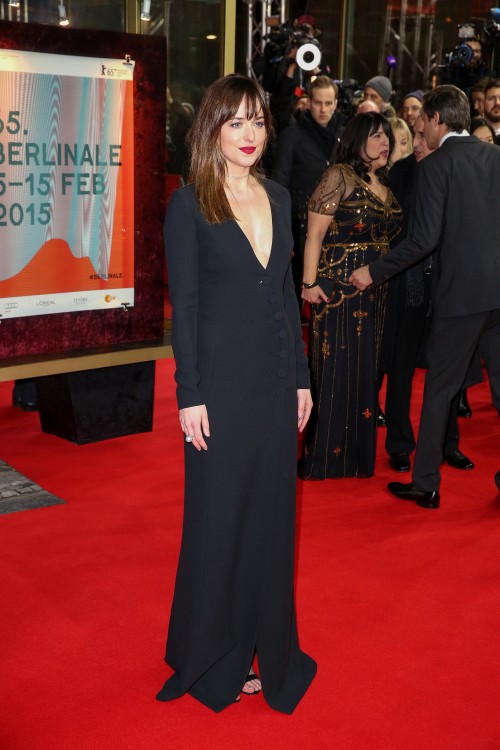 One thought on “Pinky Review: 50 Shades Of Grey”