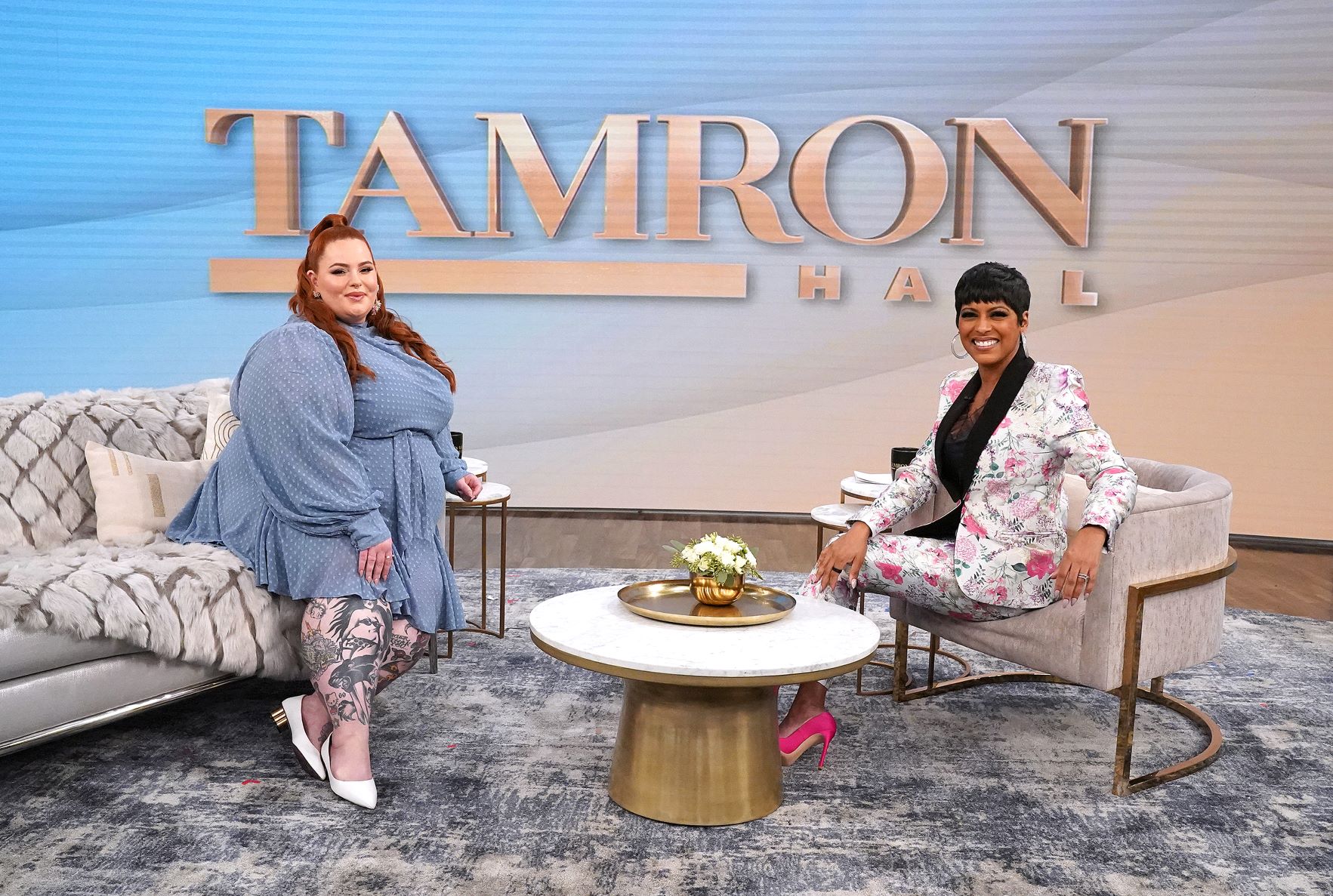 Plus-size model, Tess Holliday, joined the Monday, March 7 edition of “Tamron Hall” for a daytime exclusive interview about her anorexia diagnosis. Holliday opened up about what led to the eating disorder and why she had a setback after going public with the diagnosis. Tamron also sat down with R&B star K. Williams, who reflected on the plastic surgery that almost took her life and how the experience led to her new show, “Killer Body.”

Tess Holliday on the setback she faced after going public with her diagnosis:

“Well, I wasn’t quite expecting it to blow up in the way that it did. I wasn’t expecting everyone to talk about it around the world for weeks and months even. It basically caused me to stop taking care of myself in the way that I had been. I stopped feeding myself properly. I kind of got really depressed. I just really regressed into behaviors that weren’t healthy for me and I, it’s even hard to talk about now, I wish that I just would have waited a little bit longer because I wasn’t fully prepared. And I also didn’t realize when I talked about it that we don’t really discuss folks that are experiencing my type of eating disorder in larger bodies because you look at fat bodies and you just all of a sudden say, ‘well you’re healthy and all you do is sit around and eat,’ but for the world to say that all I’m doing is sitting around and eat when I’m starving was horrible because anybody, any size can starve, and we’re just conditioned to not care about folks in larger bodies, so to just toss us away like we don’t belong, like we don’t matter and it’s exhausting.”

Tess Holliday on what led to her eating disorder:

“During the pandemic it caused me to slow down like it did most of us and I started really examining how I was feeding my body, or the lack thereof. And I met, who I now work with, my dietitian Anna Sweeney. I met her through a conference that we did, a virtual conference, and I reached out to her and I said, ‘I think I need help.’ And when I reached out to her, I thought that I was over-eating. I thought that I was binge-eating. I thought that it was everything but what she said and about five months into our sessions she said, ‘I can’t diagnose you properly, but if I could, I would diagnose you as anorexia nervosa.’ And I was sitting on the kitchen counter and I remember her saying it and I just laughed. I went, ‘No,’” When asked why she reacted that way Holliday replied, “Because look at me, I was like, ‘I’m fat.’ Like when you think of the term anorexia, you associate it with emaciated bodies. I had no idea that it could be me. And then I just was flooded with all kinds of feelings because I thought, ‘If I would have known that this was a possibility, I could have gotten help sooner. If there wasn’t so much weight-biased stigma in the medical industry, someone could have helped me before I got to this point.’”

Tess Holliday on why she felt like she didn’t deserve to eat:

“There was never a necessary desire to be thin. It was, if I really break it down, it was that I felt like I didn’t deserve to eat and I didn’t deserve to feed my body because when you grow up in a world where you are told that ‘you shouldn’t eat this, don’t eat that, be careful with this’ – when you have people policing and monitoring everything you put in your body, of course you have distorted relationship with food. So in my head, I would say, ‘oh I’ll just eat later. I’ll eat later. I’ll do this later.’ And it wasn’t until I actually got the diagnosis that I started realizing, ‘Wait, I don’t feed my body properly and I feed everyone around me and I leave nothing for myself.’” She continued, ‘Yeah, because people just look at me and they’re like, ‘oh, just go eat another Big Mac and I’m like, baby, I just had my first Big Mac a month ago.’”