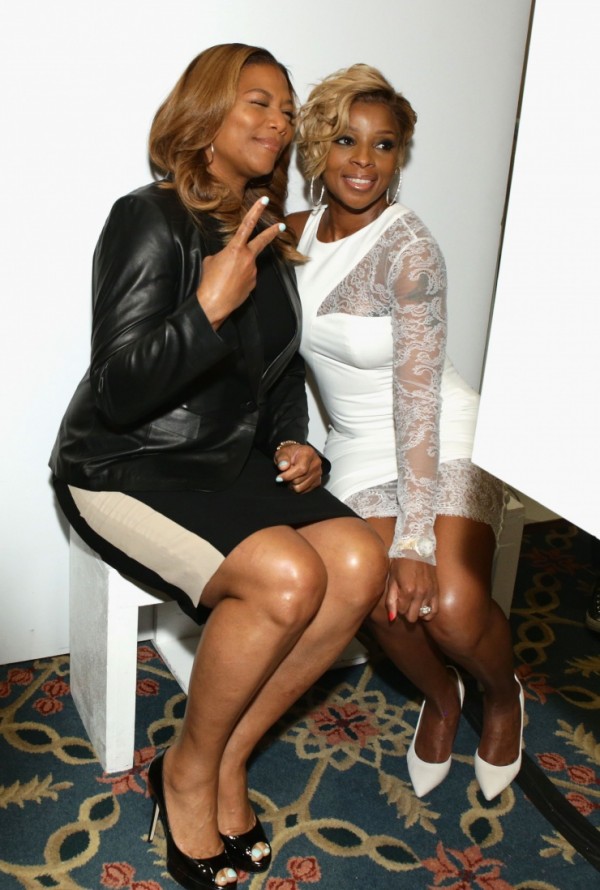 Ready to bring their A-list talent to an unprecedented primetime event, Queen Latifah and Mary J. Blige — multi-award winners, giants of the recording industry and stars of both the small and big screen — have been added to the castof NBC’s upcoming holiday musical production of “The Wiz Live!,” set for Thursday, Dec. 3. Read more about it inside… 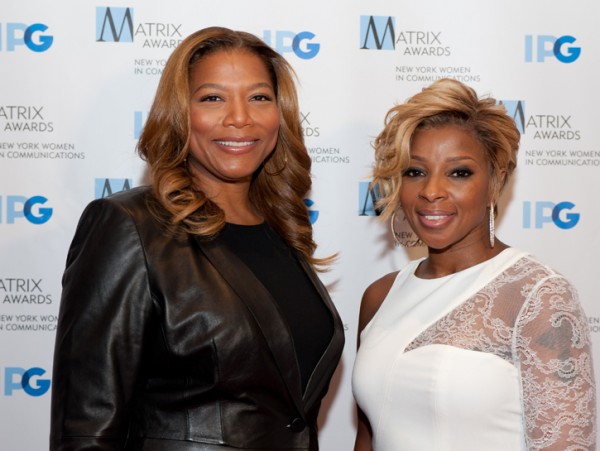 Queen Latifah stars as the Wiz, the mysterious and powerful wizard who holds the keys to the Emerald City, but whose metamorphosis from ordinary to extraordinary is itself a hoax. She rose to her lofty position after being transported by accident to Oz in a hot air balloon during a snowstorm.

Mary J. Blige will play Evillene, the Wicked Witch of the West, who holds sway over the Winkies and the Winged Monkeys that do her bidding. She captures Dorothy and her friends to avenge the unintentional murder of her evil sister, Evvamean, and to get back the powerful silver slippers given to Dorothy by the Good Witch of the
North.

The multi-talented Queen Latifah is a Golden Globe, Grammy and Screen Actors Guild Award winner, as well as having earned Emmy and Oscar nominations. She scored her second career Emmy nomination as the title character in the critically acclaimed HBO biopic “Bessie” as legendary blues singer Bessie Smith. On the film side, Queen Latifah received an Academy Award nomination and earned SAG win as part of the cast for her role as Matron Mama Morton in the Oscar-winning film “Chicago.”

In addition to “Chicago,” Queen Latifah also co-starred in “Hairspray” and the TV film “Steel Magnolias,” all of which were executive produced by Craig Zadan and Neil Meron. “The Wiz Live!” marks a reunion between the actress and producers.

“We are so happy reuniting with Latifah,” said Zadan and Meron, who saw their executive-produced programs “The Oscars” and “Peter Pan Live!” earn a combined 11 Emmy nominations for the 2015 Emmys. “We’ve been friends for a long time and we’ve had quite a lot of success together. To see her play the iconic role of the Wiz and make it her
own is going to be one of the joys of producing this event.”

Other films on Queen Latifah’s resume include “Bringing Down the House,” the “Ice Age” franchise, “Last Holiday” and “The Secret Life of Bees.”

Queen Latifah has released seven albums and has an incredible array of musical styles and genres. On record and stage, she has performed hip-hop, rap, soul, jazz, gospel and standards. Over her career she has sung with an eclectic range of performers, including Tony Bennett, Dolly Parton, Missy Elliott and Stevie Wonder, among many others.

Ranked by Billboard as the top R&B performer of the past 25 years, Blige has sold more than 50 million albums and 25 million singles. She has released 12 albums, with her 1994 disc “My Life” considered by many prominent critics and music publications to be one of the greatest albums of all time.

Blige also has nine #1 albums setting a mark for a female artist. She has earned 30 Grammy nominations and won nine times. As an actress, Blige began her career on “The Jamie Foxx Show” and has been featured on past hits such as “Entourage” and most recently “Empire” and “Blackish.” She also co-starred in the Lifetime film “Betty and Coretta,” and the 2012 feature film “Rock of Ages.”

“I can’t wait to watch Mary bring the badness that is Evillene,” said director Kenny Leon. “Her talent range is off the charts and I know audiences won’t be able to take their eyes off her.”

Stephanie Mills was previously announced to portray Auntie Em in “The Wiz Live!” Mills is best known to many for playing Dorothy in the original Broadway production of “The Wiz.”

Additional casting news will be announced in the coming weeks. “The Wiz Live!” is adapted from “The Wonderful Wizard of Oz” by L. Frank Baum, with a book by William F. Brown, and music and lyrics by Charlie Smalls. The production opened on Broadway in 1975 at the Majestic Theatre and won seven Tonys, including Best Musical.

Esteemed choreographer Fatima Robinson (“Dreamgirls,” “Ali”) is also on board, along with music producer Harvey Mason Jr. (“Dreamgirls, “Pitch Perfect 2”) and Stephen Oremus (“The Book of Mormon,” “Kinky Boots”) as music director, orchestrator and co-producer of the music.