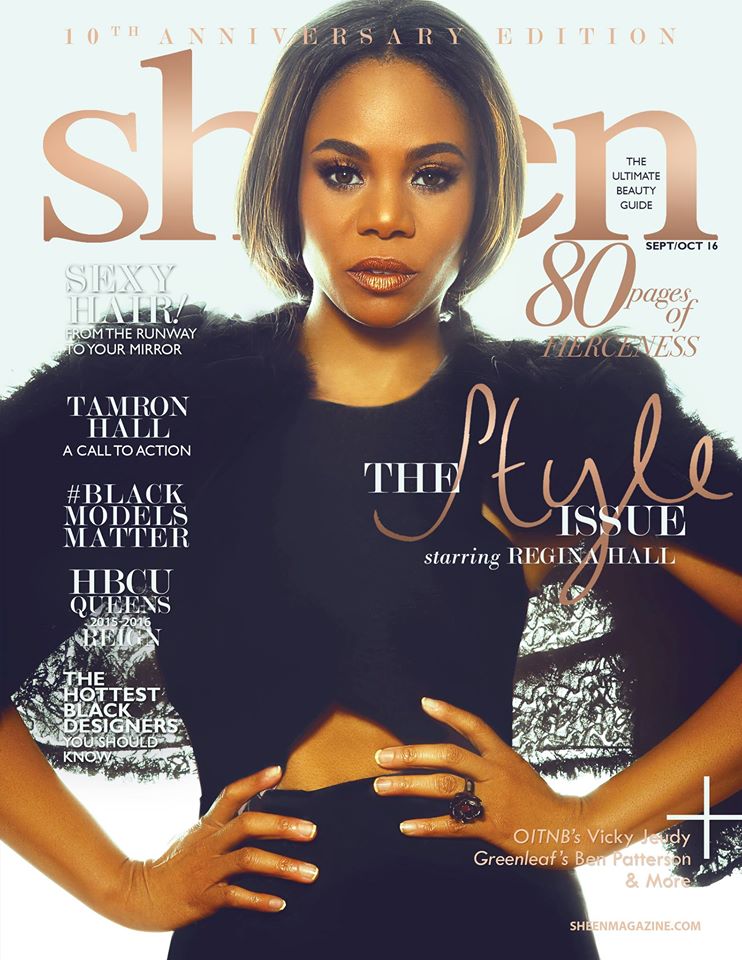 Congrats goes out to Actress Regina Hall! She is the latest cover girl for Sheen Magazine! She looks quite pretty on the cover and in her interview she chats about her upcoming movie, When The Bough Breaks and her co-star Morris Chestnut. The movie hits theaters September 9th, check out what she had to say inside…

Were there any elements of this film that made you pause?

Well it was all good for me. A lot of people have this misconception that I do stand-up or that I do comedy and I’ve really never done stand up or comedy. I’ve only studied acting and I’ve been able to build a comedic character. It’s kind of like the same process as I would for anything else. I wanted people to believe in the couple and the situation. It is very exciting to be able to do something other than what people expect from you.

What was it like working in a leading role with Morris?

We’ve worked together in The Best Man I and II, but he wasn’t my guy. But we had so many group and family ensemble scenes so it was kind of like we were already [a] family. I was really excited because Morris is great. Reading the character and knowing the script, I believed in Morris and I believed in that couple. It was fun to be able to work with him in a different capacity.

What was one of your favorite parts about the film?

We had some great rehearsals and discussions. My character is a chef so I got to go into kitchens and look, cook and learn what it was like to manage a kitchen for a very large restaurant. The food was so good. It’s set in New Orleans, which has a lot of great food.

What are you hoping people take away from this film?

I want them to enjoy it. I hope people get into the film and I hope that they’re surprised. There are some twists and turns that they are not anticipating. So I want them to walk away like they had a great ride and I want them to root for those people. I hope they want that couple to win especially because Morris is so upstanding. Just to see the emotional rollercoaster—it’s going to be great.