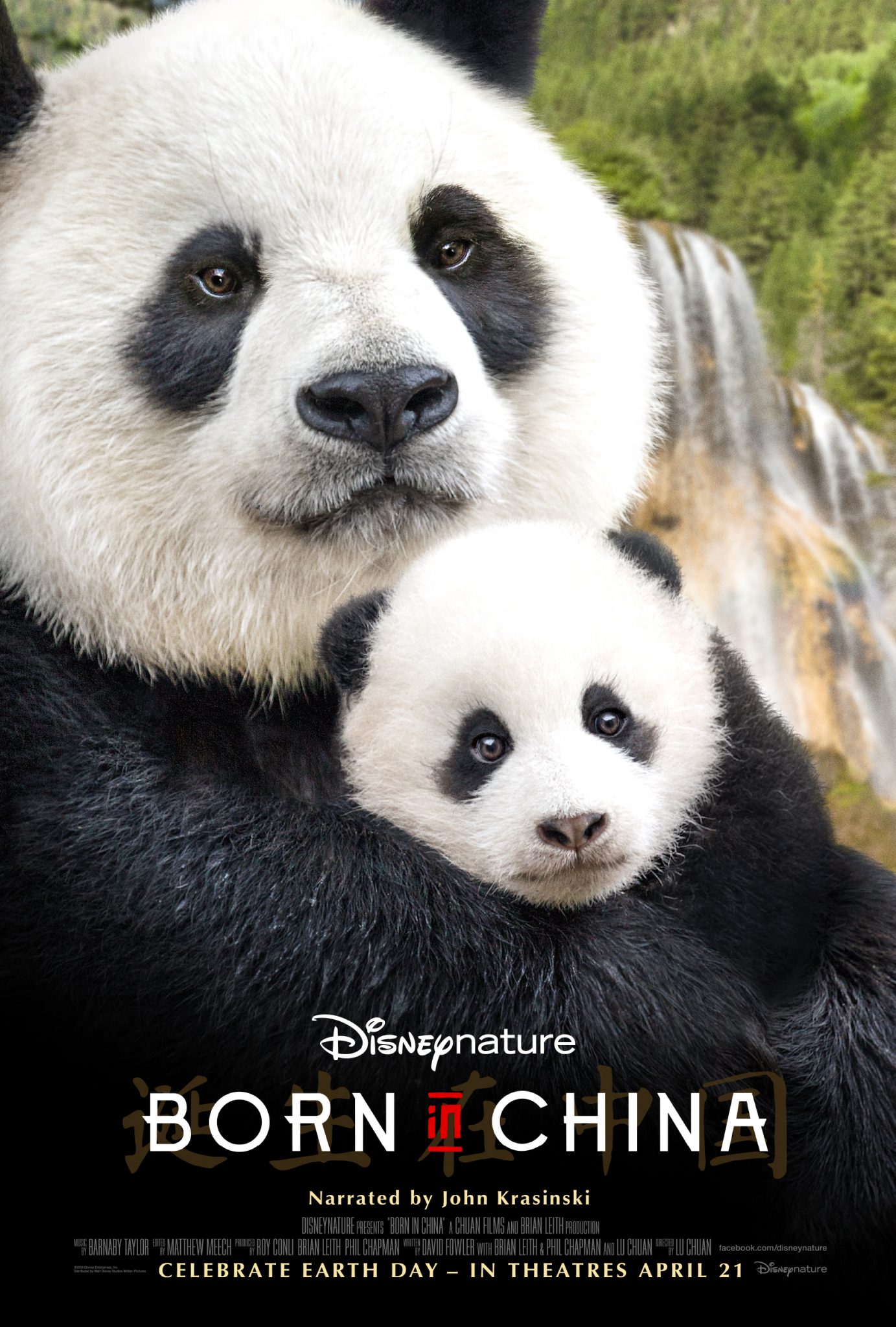 If you have children, then you will love this film called, Disneynature Born In China! I was fortunate enough to see this cute film while in Hollywood a month ago and boy does it pull at your heart strings! It’s narrated by John Krasinkski and takes you on a journey to China where they go into the wild and show you how animals cohabitate. They show births, playtime and how animals go through the vicious cycle of life. I also learned a lot of pandas, monkeys and snow leopards. I don’t own any animals at all but seeing this film made me have more of an appreciation for them. Earth Day is coming up this month, so this film is perfect to take your family to see and I know I really enjoyed it…. 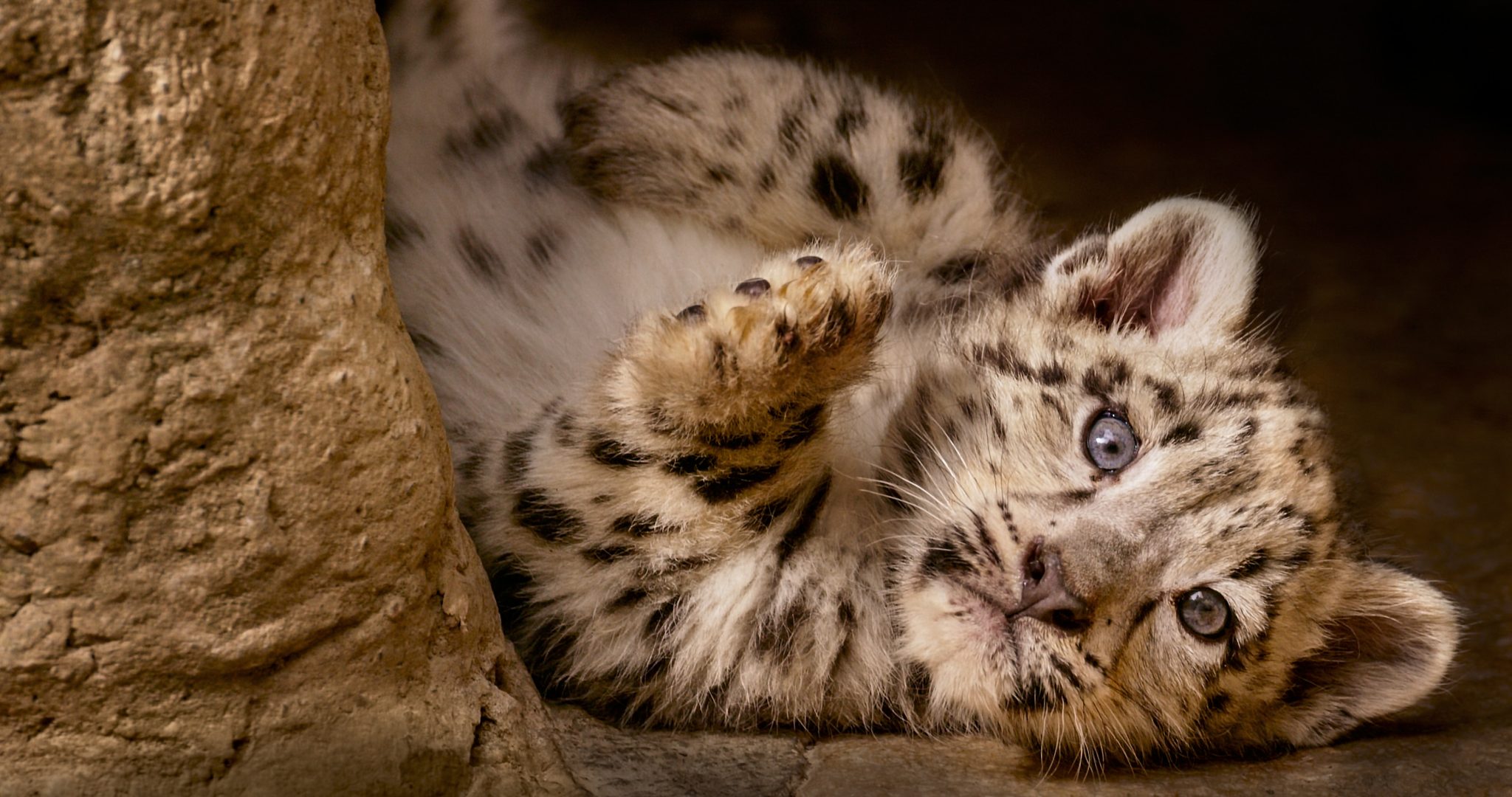 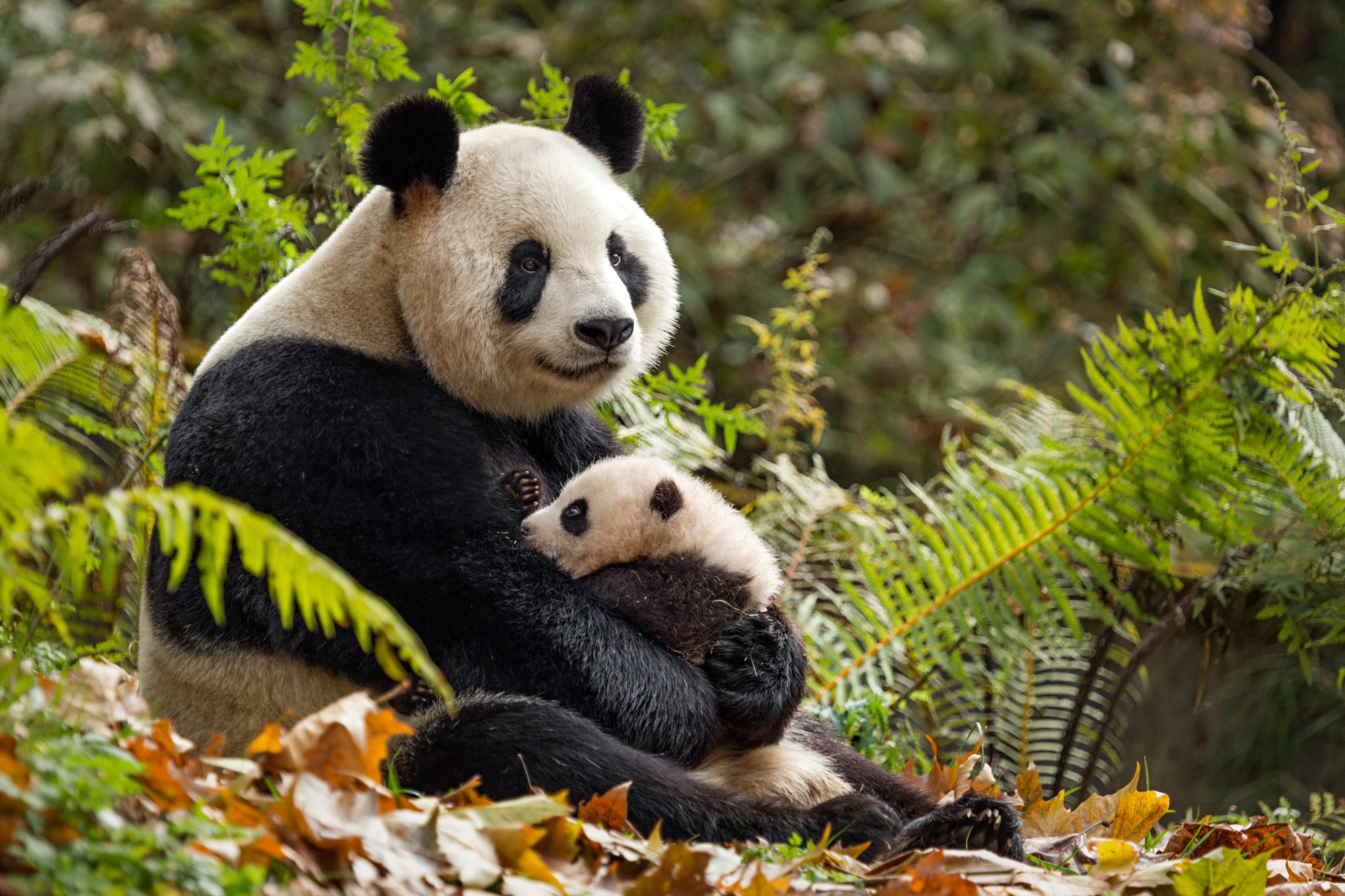 China is the only place in the world where giant pandas live in the wild.

Pandas leave their mothers for good at about age 3.

Giant pandas are bears but they don’t hibernate. They do, however, spend a lot of time resting and sleeping when they’re not eating.

Giant pandas will scratch tree bark with their massive claws as a visual sign of where they’ve been—it’s like they’re writing a quick note to their friends. 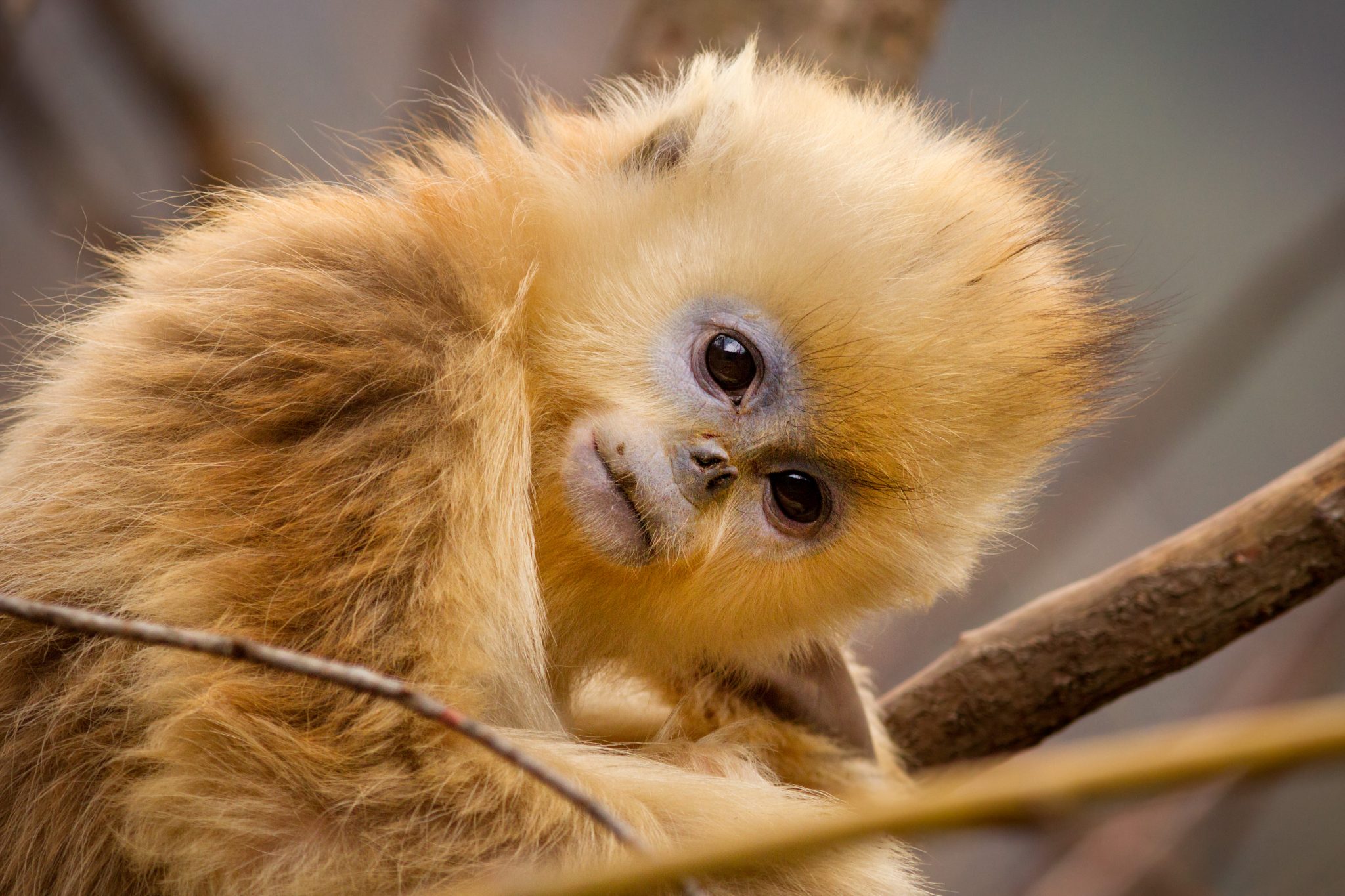 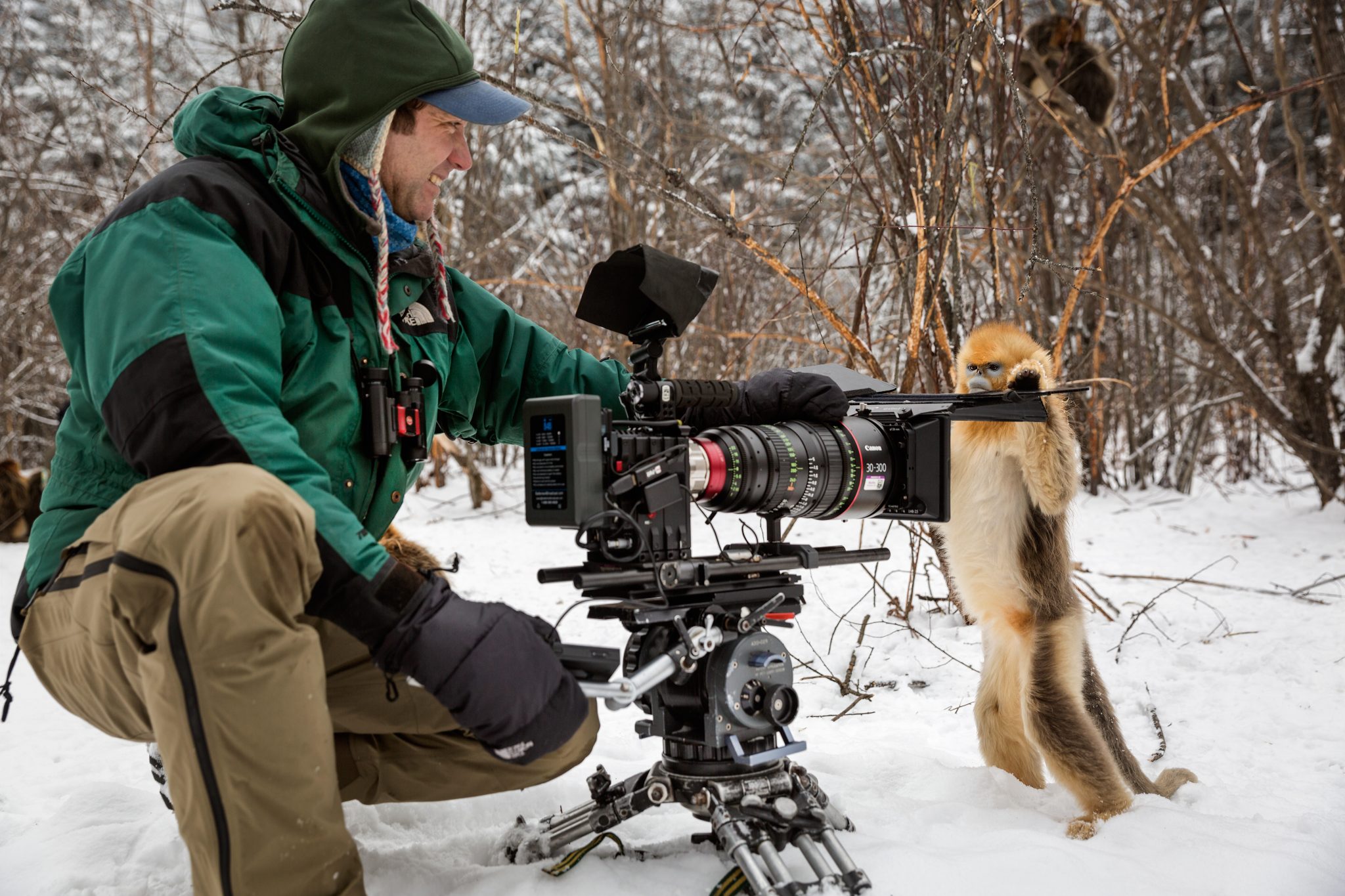 My favorite, was the monkeys! 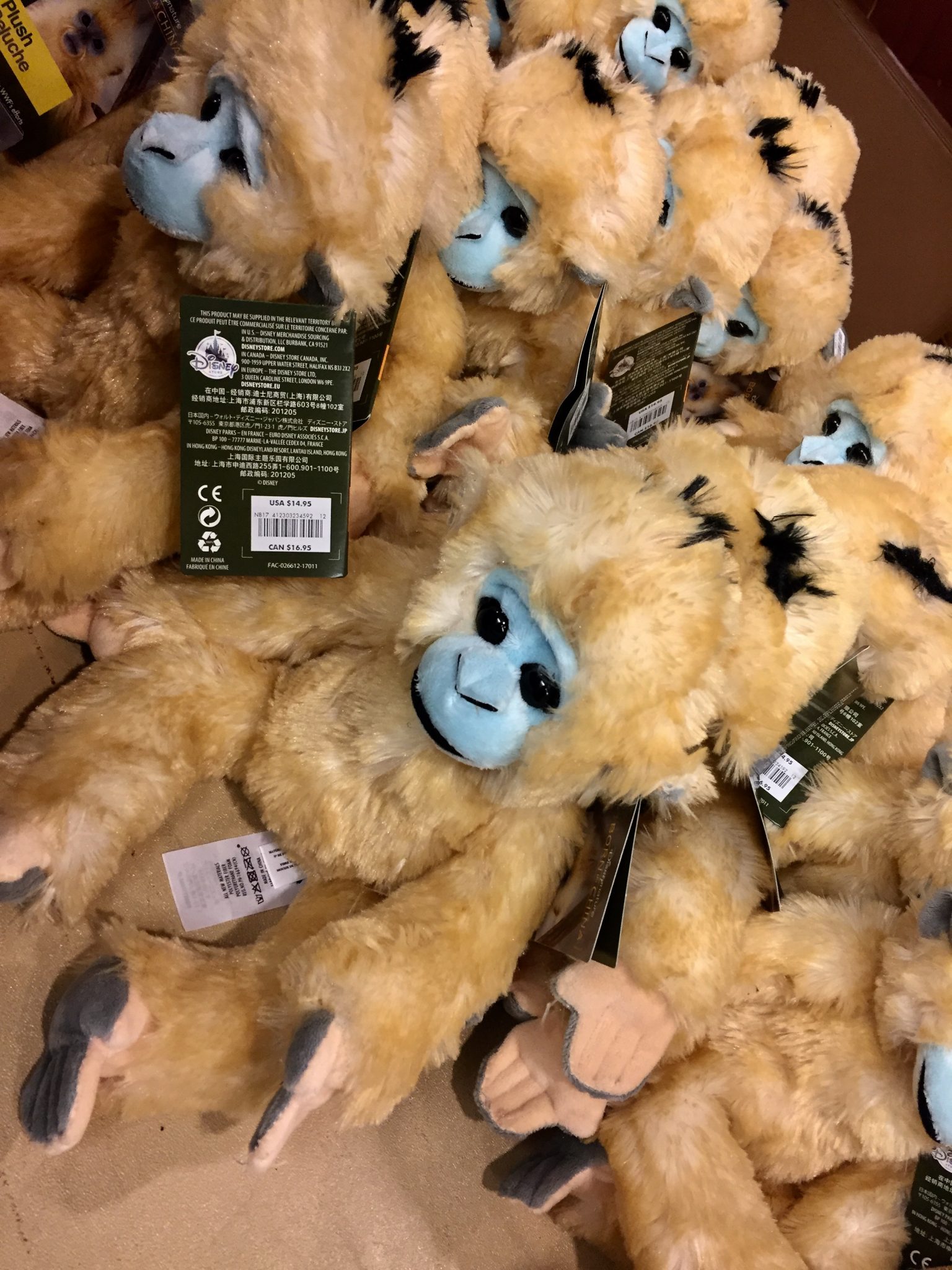 You can also purchase this cute plush monkey online or at the Disney store.

BORN IN CHINA is rated G and opens in theatres everywhere April 21st! If you see Disneynature’s new True Life Adventure film “Born inChina” during the opening week, you will benefit the World Wildlife Fund. Based on opening-week attendance, Disneynature, via the Disney Worldwide Conservation Fund, will make a contribution to the WWF to help protect wild pandas and snow leopards in China.

Narrated by John Krasinski (“13 Hours: The Secret Soldiers of Benghazi,” NBC’s “The Office,” “Amazon’s “Jack Ryan”), Disneynature’s new True Life Adventure film “Born In China” takes an epic journey into the wilds of China where few people have ever ventured. Following the stories of three animal families, the film transports audiences to some of the most extreme environments on Earth to witness some of the most intimate moments ever captured in a nature film. A doting panda bear mother guides her growing baby as she begins to explore and seek independence. A two-year-old golden monkey who feels displaced by his new baby sister joins up with a group of free-spirited outcasts. And a mother snow leopard—an elusive animal rarely caught on camera—faces the very real drama of raising her two cubs in one of the harshest and most unforgiving environments on the planet. Featuring stunning, never-before-seen imagery, the film navigates China’s vast terrain—from the frigid mountains to the heart of the bamboo forest—on the wings of red-crowned cranes, seamlessly tying the extraordinary tales together. Opening in U.S. theaters on Earth Day 2017, “Born in China” is directed by accomplished Chinese filmmaker Lu Chuan, and produced by Disney’s Roy Conli and renowned nature filmmakers Brian Leith and Phil Chapman.

2 thoughts on “My Review: Born In China”