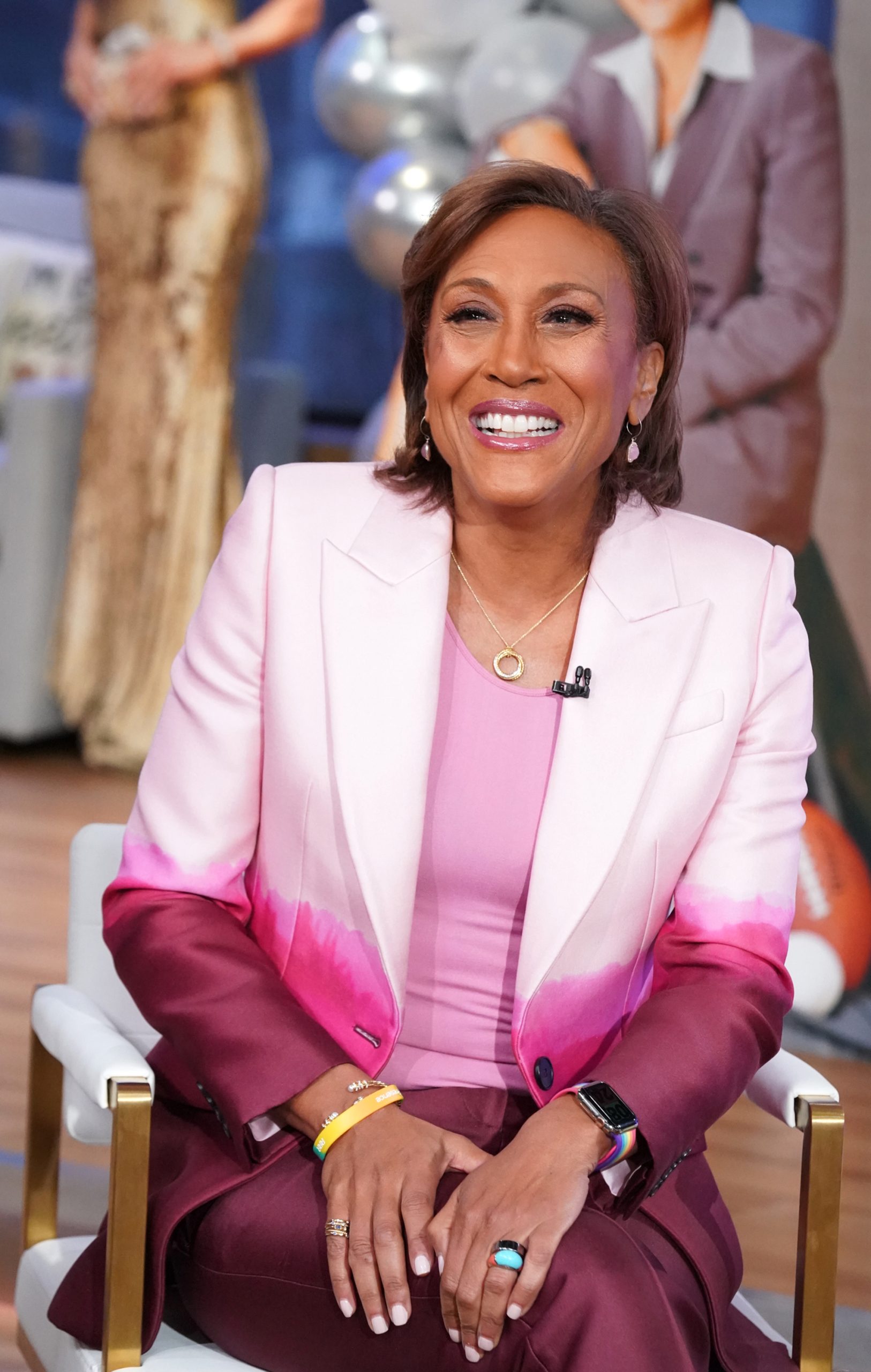 Congrats are in order for News Anchor Robin Roberts. She has been on Good Morning America for 20 years and they celebrated in grand style! Roberts is a staple to morning television and I have woke up to her for a very long time, since my college days. She is totally an iconic journalist!

Robin 61, was excited to find out that her long time pal Patti Labelle was going to by to sing! Patti, who is a good friend of the “GMA” co-anchor, joined the celebration to sing her iconic ’80s hit, “A New Attitude”. Later to “cement” Robin’s legacy, the “GMA” co-anchor received a very unique gift in Times Square. She has her very own walk of fame in front of the building for everyone to see. If you didn’t know Robin also has a new book out called, Brighter by Day: Waking Up to New Hopes and Dreams that was released on April 12th. Congrats to Robin and see more images inside… 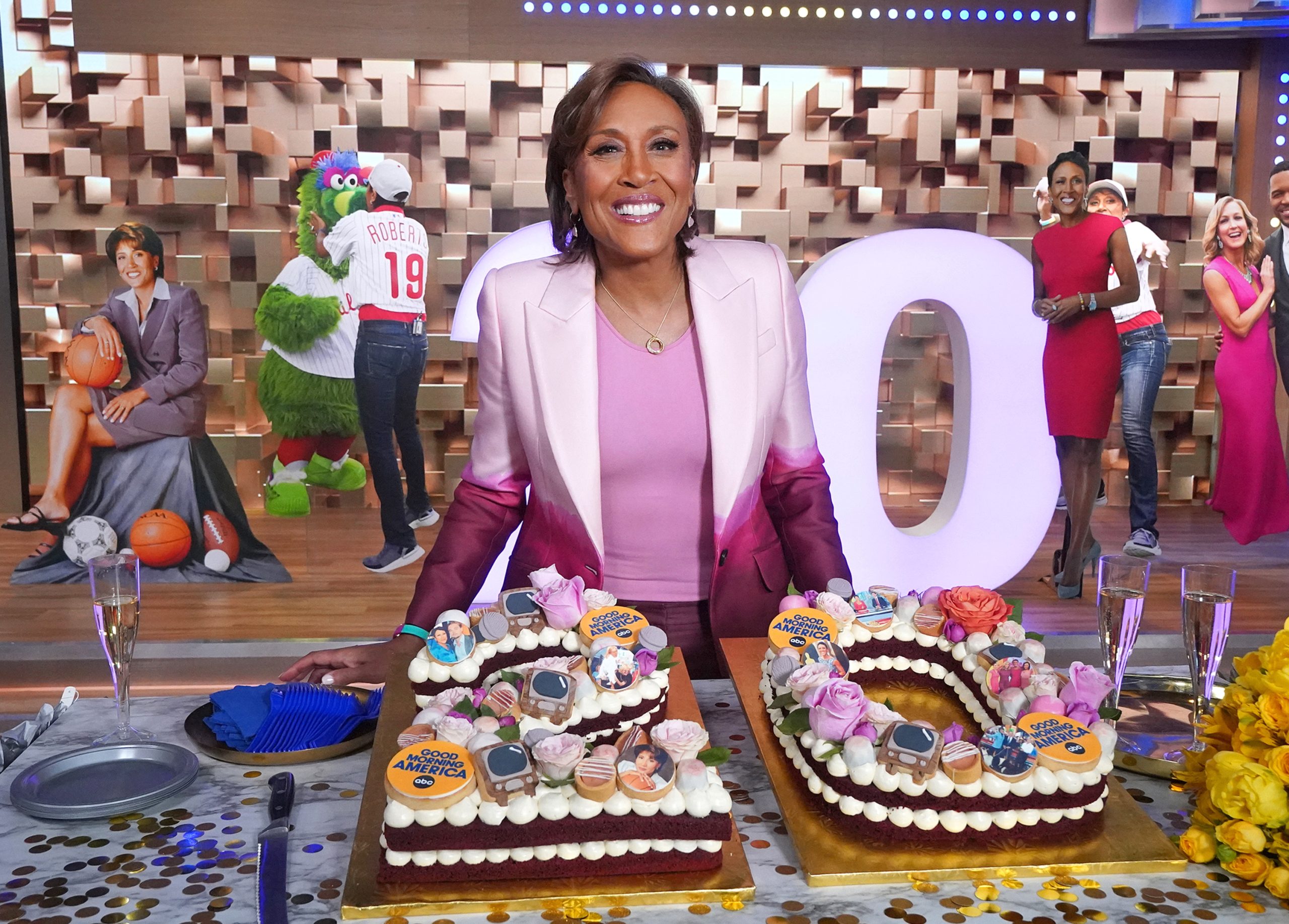 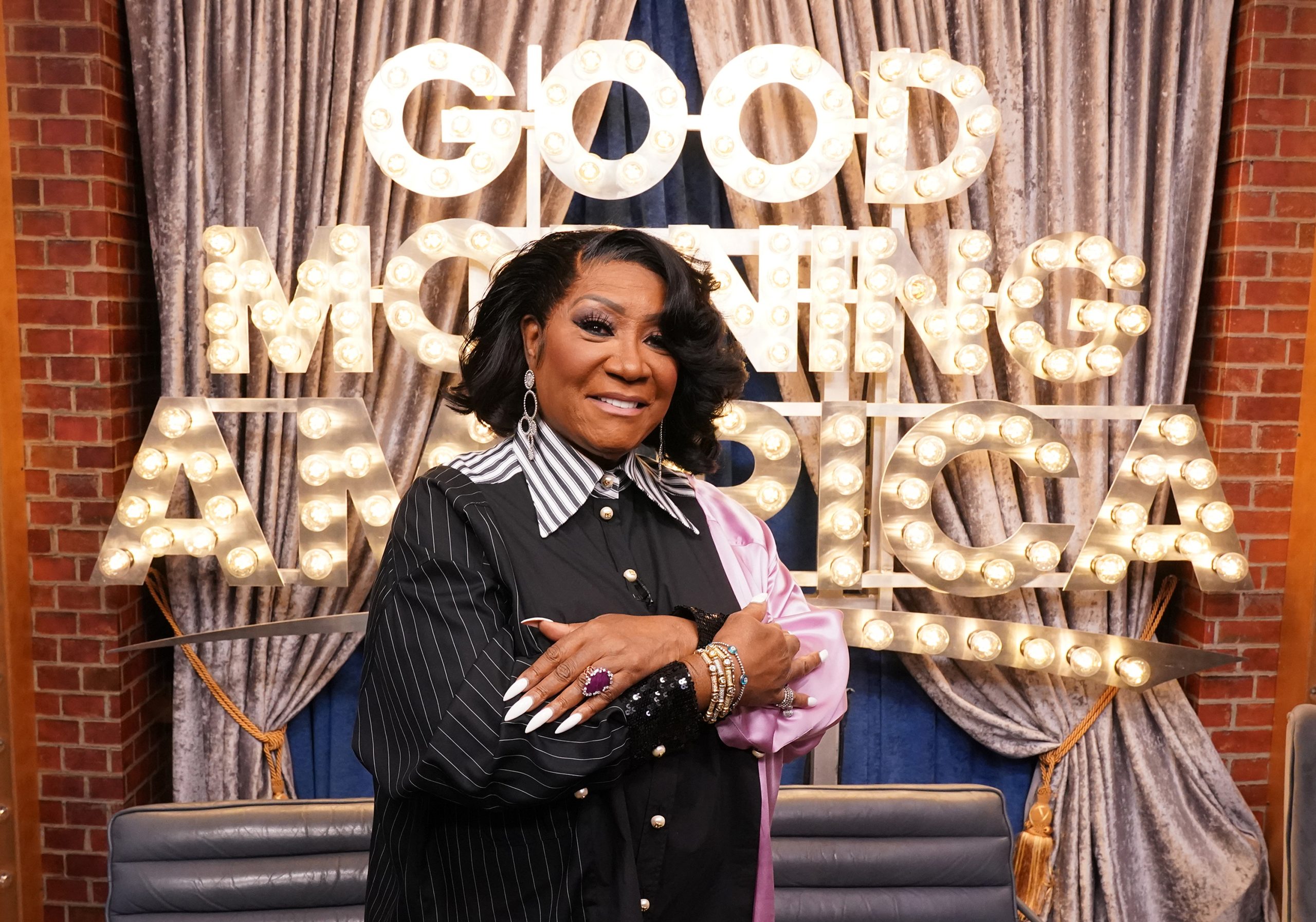 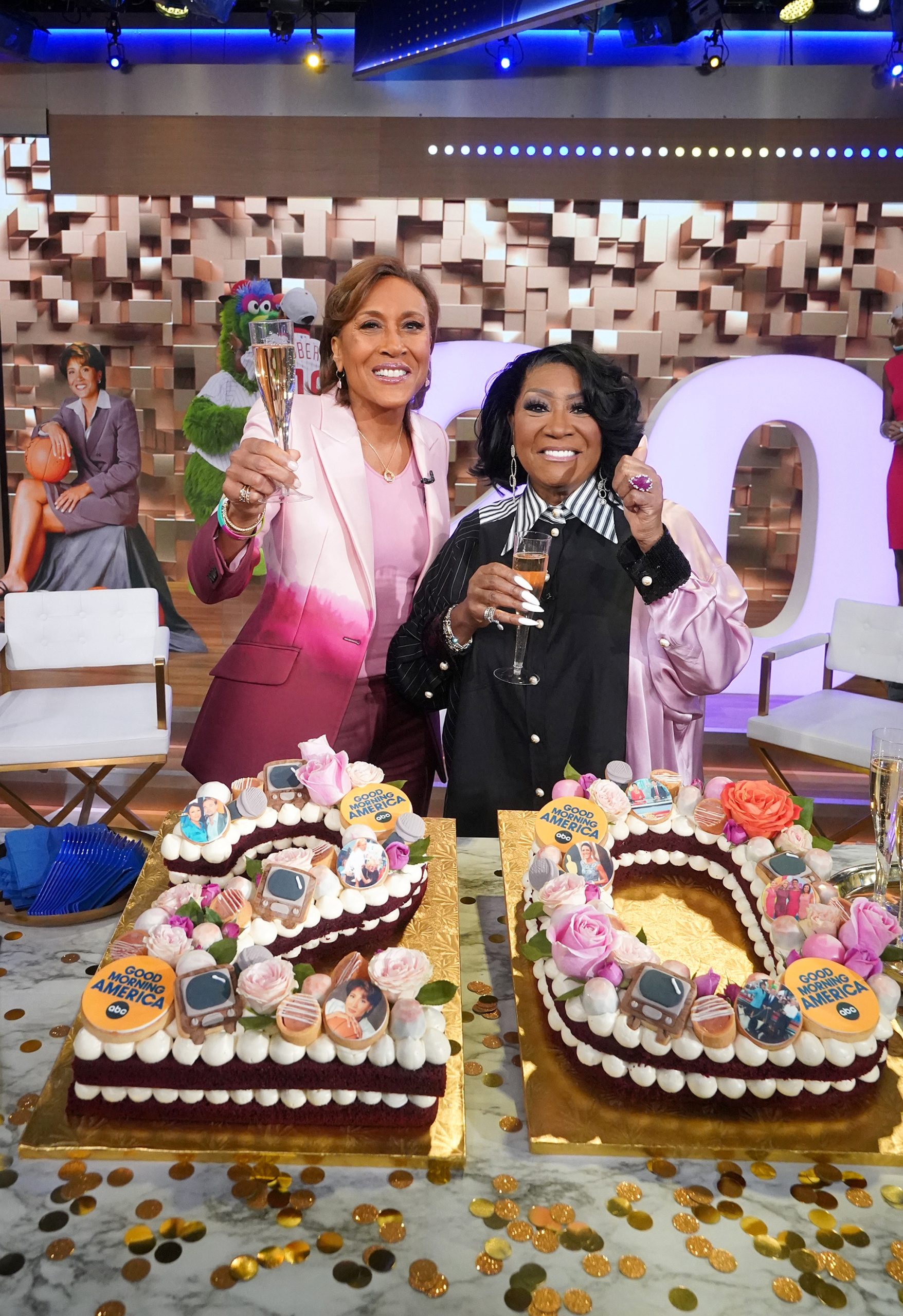 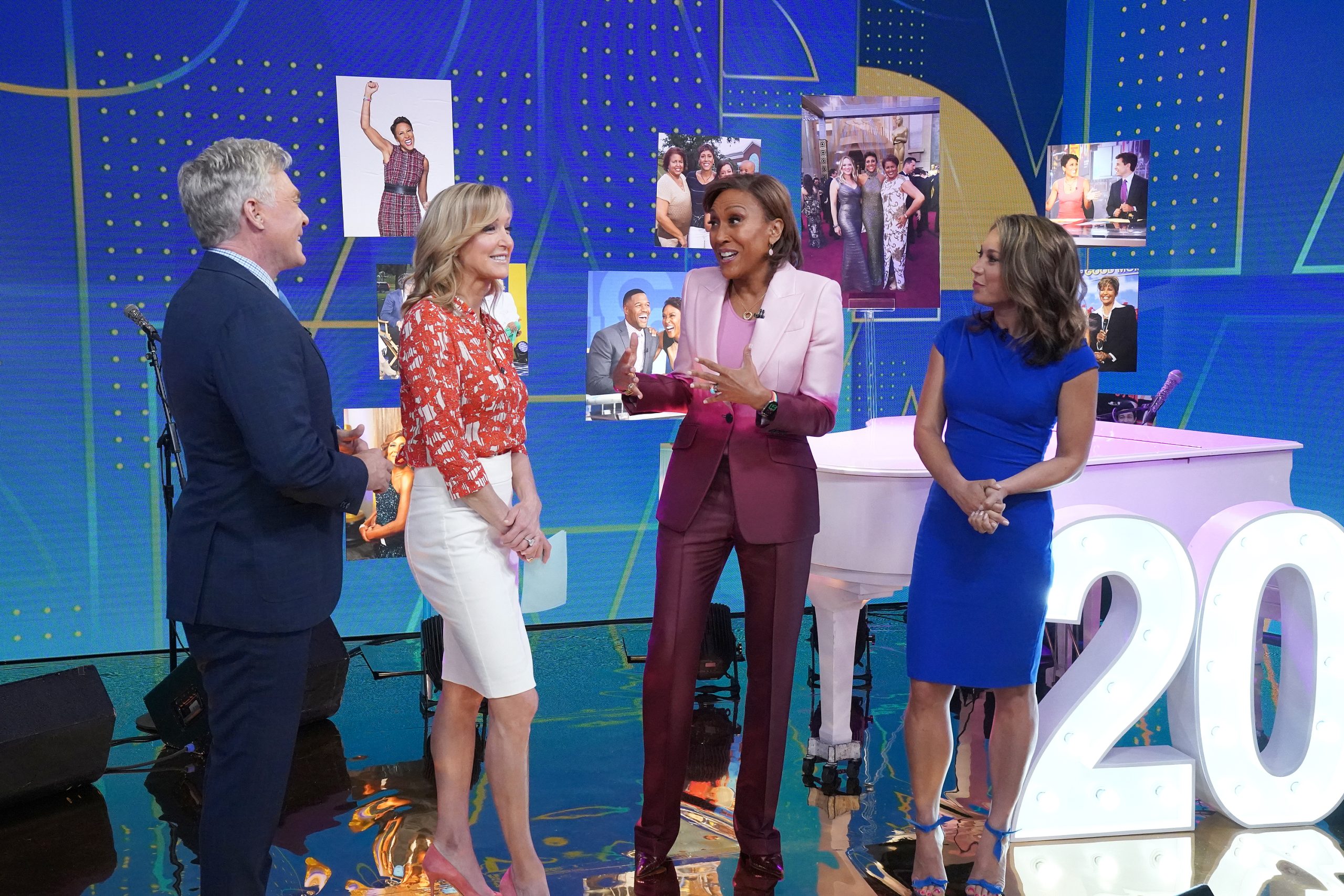 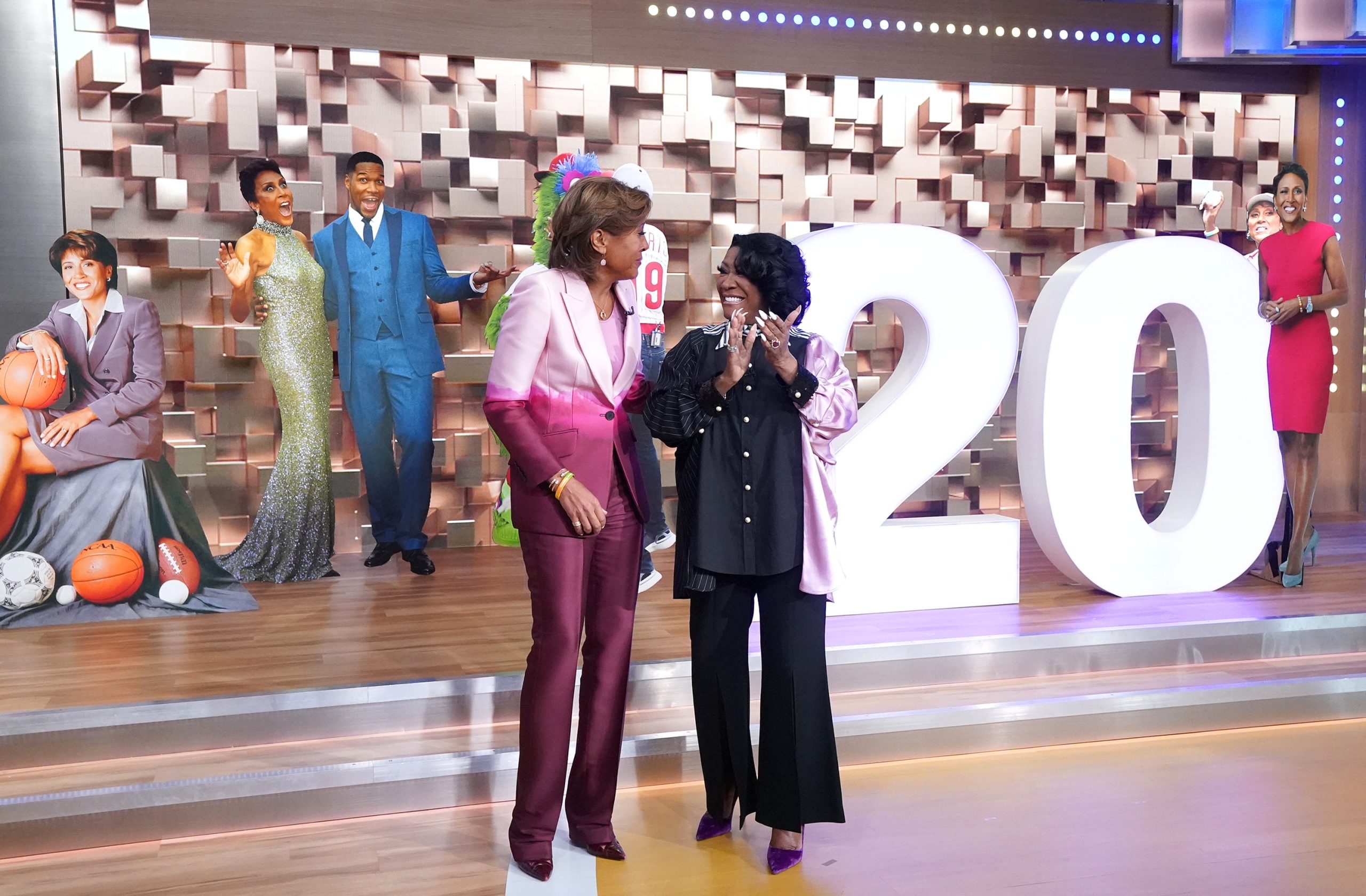