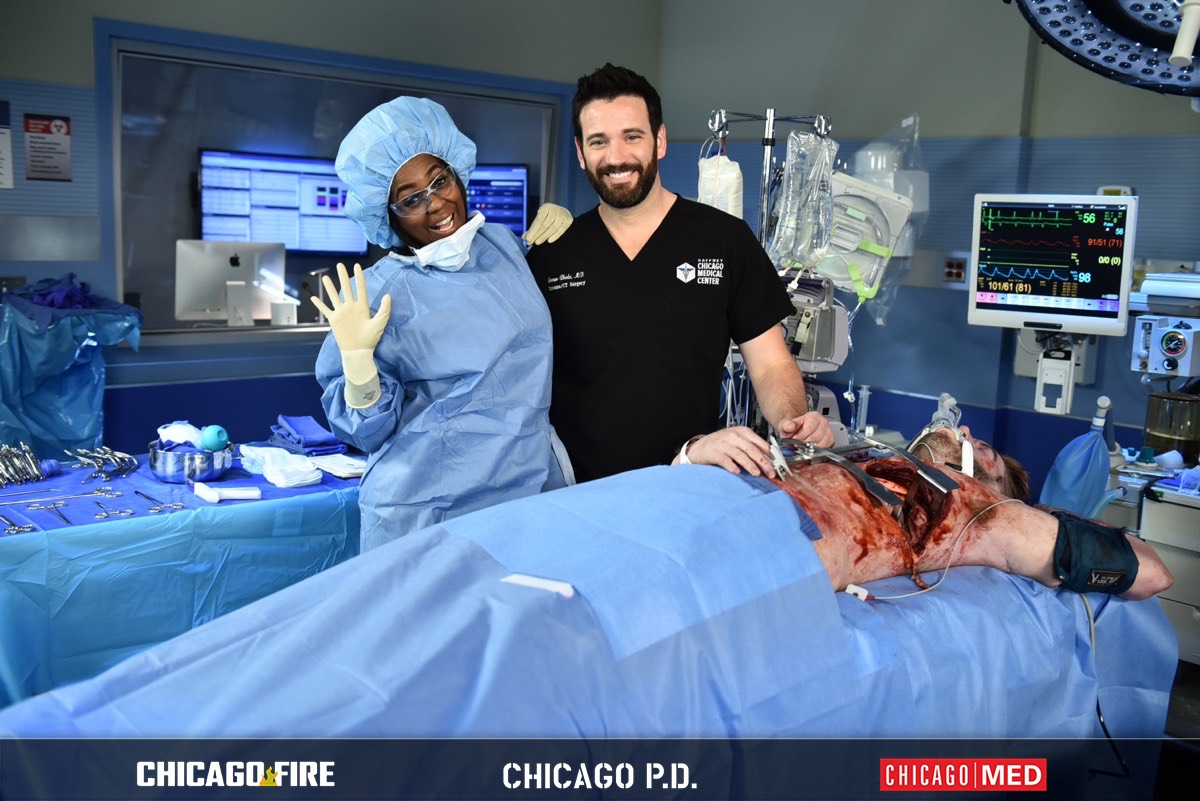 Hey guys! As some of you know, I had the pleasure of flying out to Chicago a few days ago courtesy of NBC for their 4th Annual One Chicago Day press junket! Once there, I got to talk to many of the actors from Chicago Fire, Chicago P.D. and Chicago Med! It was such a great time hanging out with the celebrities, having fun with them and learning what was to come on their new season!

After the interviews we were then whisked off to set visits where we got to see, touch and feel all the props on set and learn how they make television magic! First up, was me on set of Chicago Med, is this one of your favorite shows? Chime in to let me know. Check out a few snaps and what I learned on set inside! Enjoy your Thursday everyone. 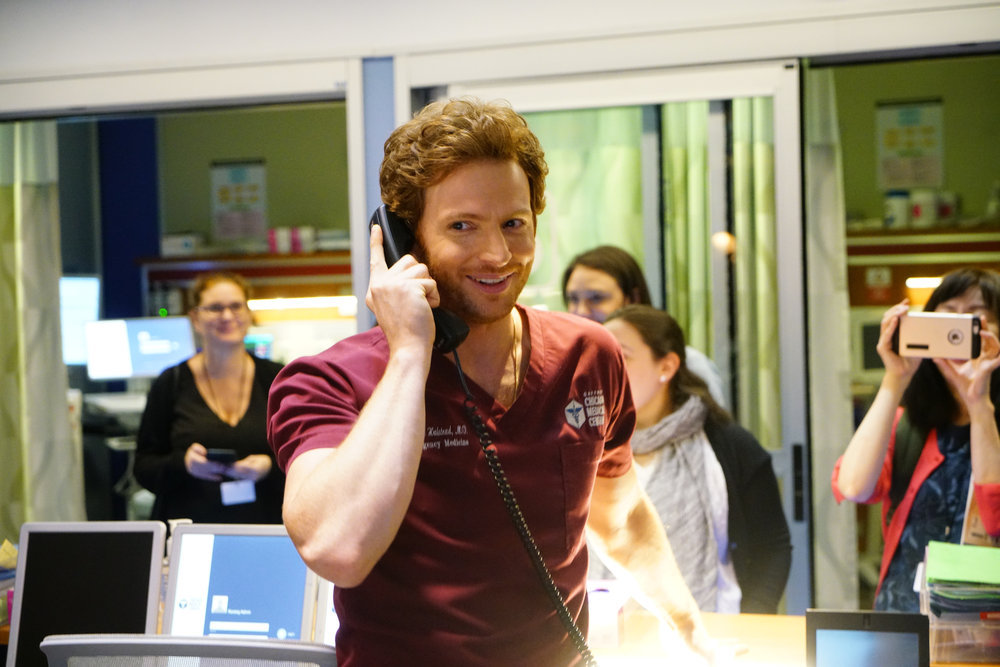 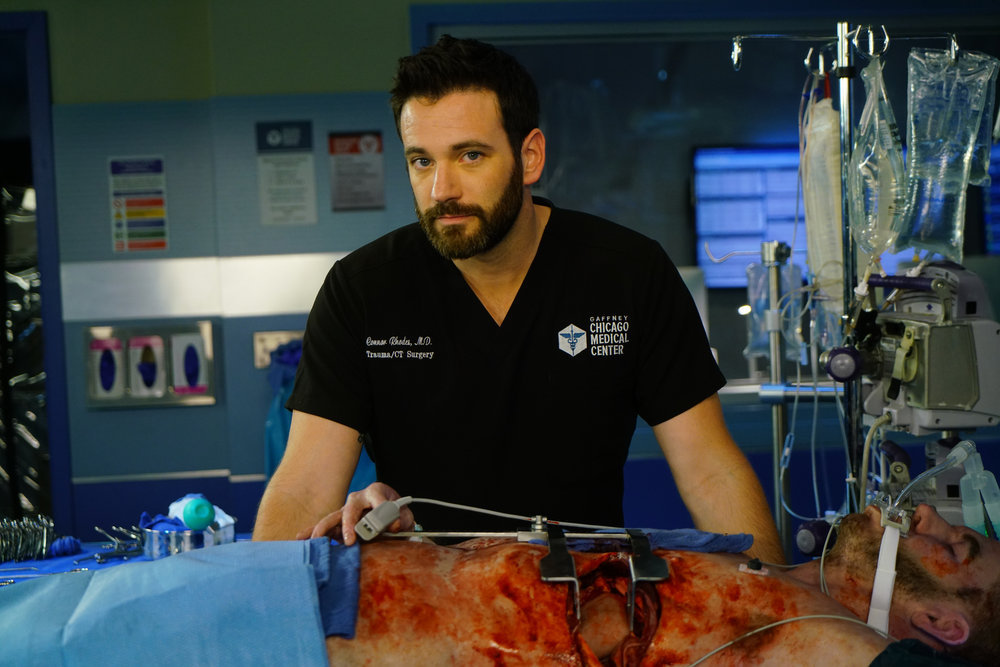 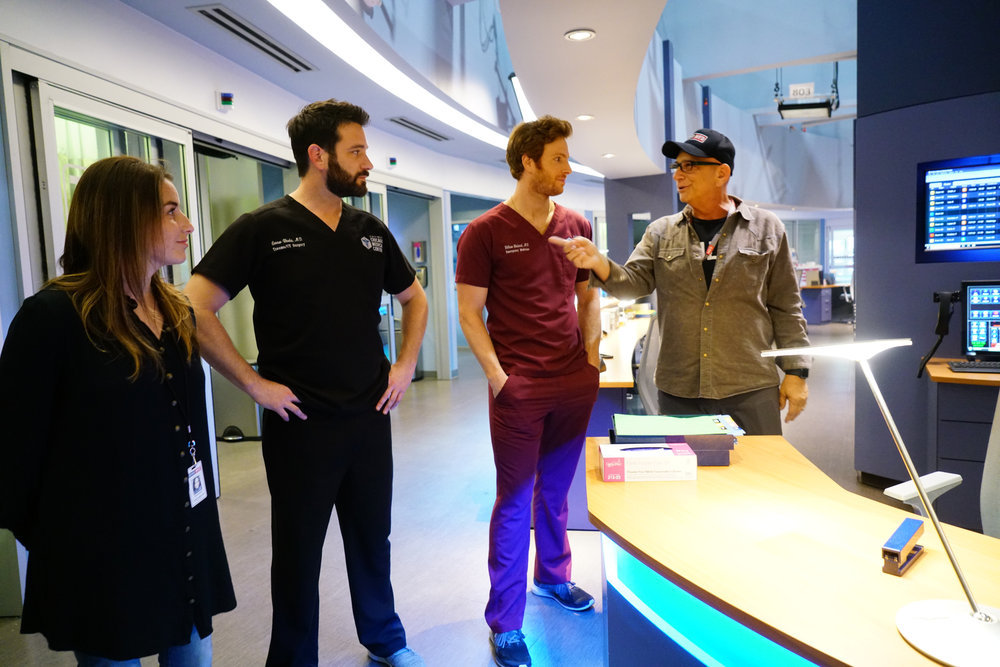 Here, they showed us what they used to make this set look like a real functioning and believable hospital! We also had the chance to actually get scrubbed up and learn the proper way to wash your hands to prepare you for surgery. A real surgeon who was on stand by, taught us. We were then fitted with caps and a gown, then headed into a makeshift operating room where there was a poor patient waiting to be gutted open! Scary but I learned a lot!

The actors joke around so much on set and I can tell they all get along so well as a happy family! You can feel all the love in the room and I really enjoyed visiting this set a lot. 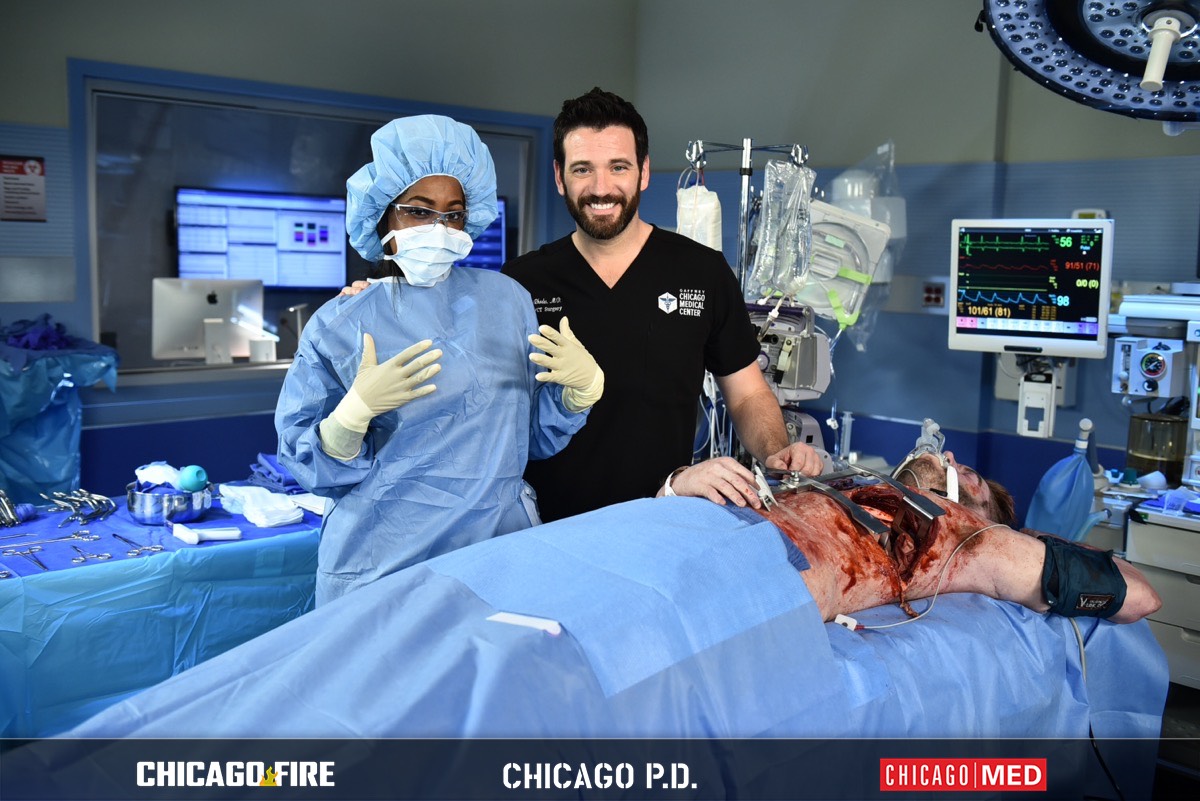 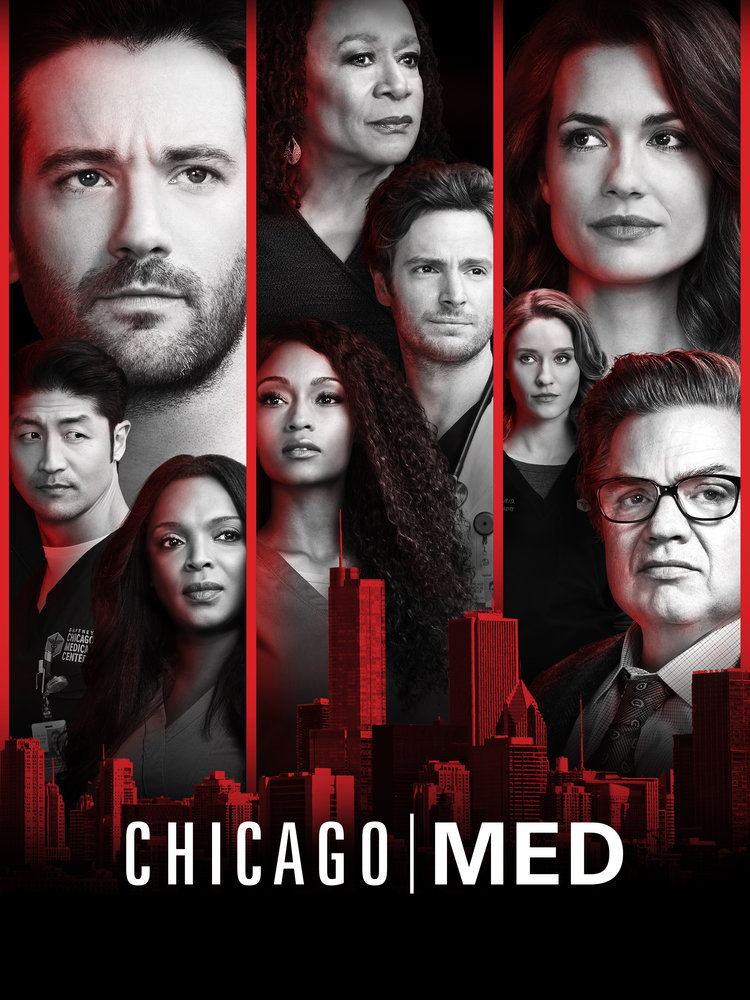 April Sexton (Yaya DaCosta) is a smart, bold and intuitive ER nurse navigating the hospital politics of dating a doctor and co-worker. Maggie Lockwood (Marlyne Barrett) is the confident charge nurse and the eyes, ears and brain of the emergency department. Joining the team this season is rival Dr. Ava Bekker, a perennial thorn in the side of Dr. Rhodes while his girlfriend and epidemiologist Robin Charles (guest star Mekia Cox) recovers from her rare illness. April’s ambitious brother Noah Sexton (guest star Roland Buck III) joins the ER as its newest physician.

Together, they will confront Chicago’s most critical medical cases and challenging ethical dilemmas with courage, compassion and state-of-the-art treatment. Inspired by ripped-from-the-headlines cases, “Chicago Med” will weave cutting-edge medicine with the personal drama that comes with working in such a high-intensity environment. Through it all, familiar faces from “Chicago Fire,” and “Chicago P.D” will intertwine with Chicago’s finest medical heroes.