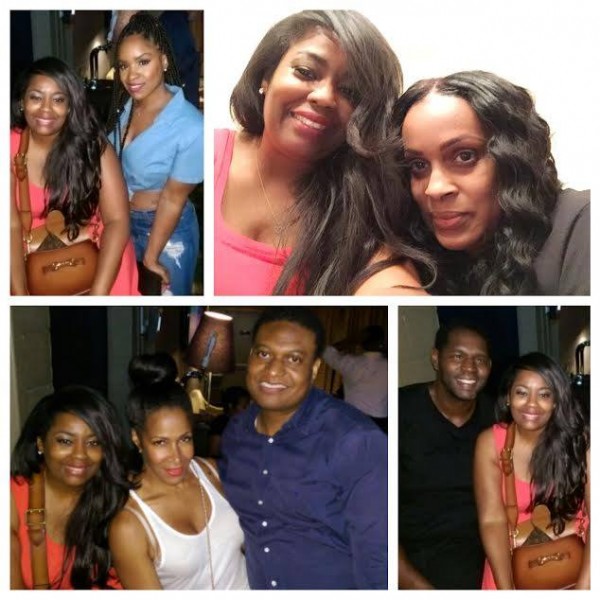 My longtime girlfriend Sandy (from my hometown) is here in Atlanta visiting this weekend. She hit me up and asked what I was doing. I told her nothing much just chilling out with the family. She invited me over to her sister’s house for dinner & conversation to catch up. I haven’t seen Sandy in a few years but once I arrived, boy did we laugh and talk about the good ol’ times. I think we have been friends for well over 25 years now but I lost count. Her brother was my “first” boyfriend. Later on, she got a text from a friend inviting her out to come have a few drinks and bowl. I’m not a bowler at all but was happy to get out with her. I NEVER in a million years thought it would be Reality Star Sheree Whitfield who sent her that text lol! 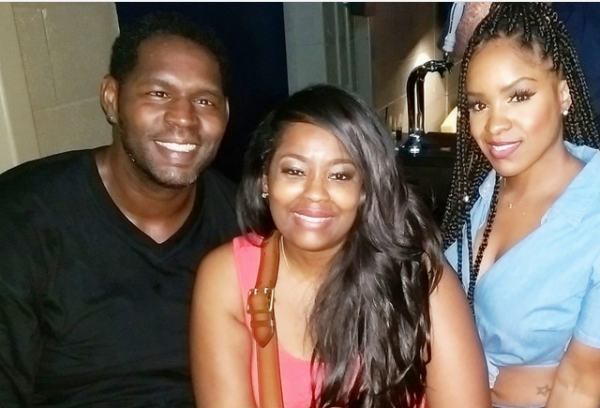 Bob, Me and The Birthday Girl Tierra

I keep forgetting that my hometown of Cleveland, Ohio is very small. Before Sheree moved here to Atlanta, she knew and hung out with some of the same people that I knew. We just never crossed paths and we are about the same age too. She even used to get her hair done where I used to work, so funny! I still do not remember her. We hopped into the bat mobile and made our way up to Buckhead to Painted Pin.When we arrived at the bowling alley, I never knew this chic bowling alley even existed but it was quite crunk in there! There was a live band, dancing and all the lanes were packed on a Thursday night!

We were greeted by Bob & Sheree Whitfield and they were there to celebrate Sheree’s daughter Tierra Fuller’s birthday. She is such a pretty girl, wow. I chatted with Sheree for awhile and we both laughed when we found out that we had a mutual friend which was Sandy lol. I told her, “when me and Sandy chat on the phone, I hear your name all the time but I never put two and two together”. Bob came over and gave me a big hug. He always tells me that I’m his favorite blogger! He coaches NFL players/athletes now to get them conditioned and ready for football.

He has a camp as well and told me that he played in the NFL for over 15 yrs! I was concerned about him though because I know they suffer from a lot of injuries etc but he said he never really got that hurt on the field, thank goodness. It was a fun-filled evening and ofcourse I asked Sheree was she returning to Bravo’s The Real Housewives of Atlanta and she didn’t say yes or no but I think maybe she will do a cameo appearance, not sure. She does have some things in the works but she didn’t say too much about it. She has always remained a private person about her personal life. Till next time! xoxo 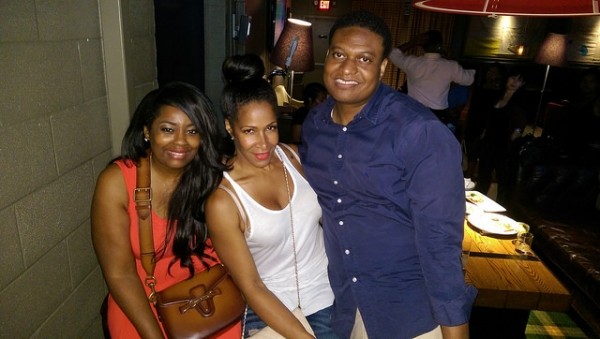 Me, Sheree and friend 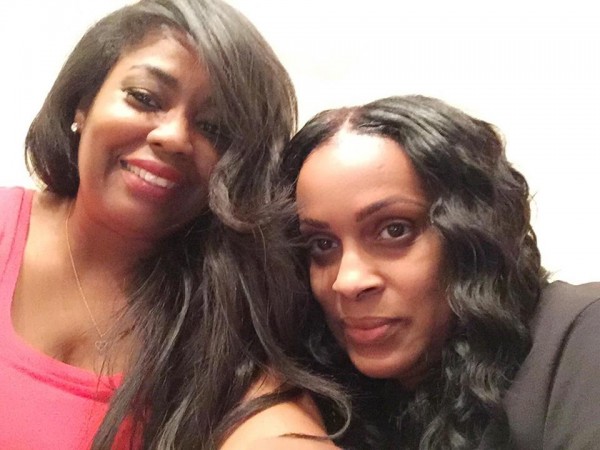 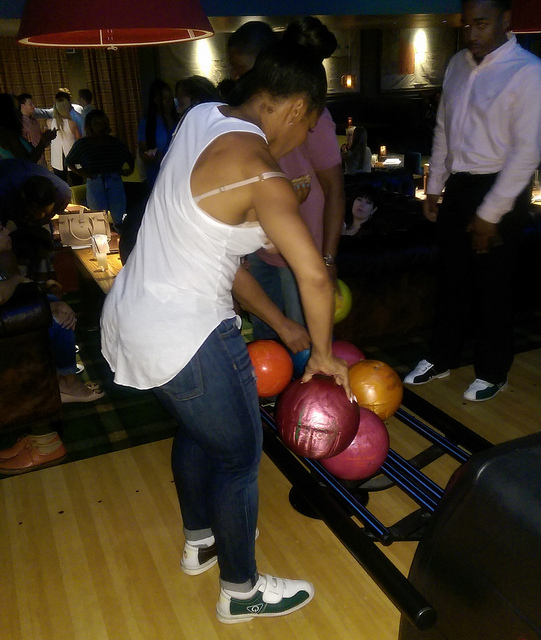 Sheree was a great bowler! 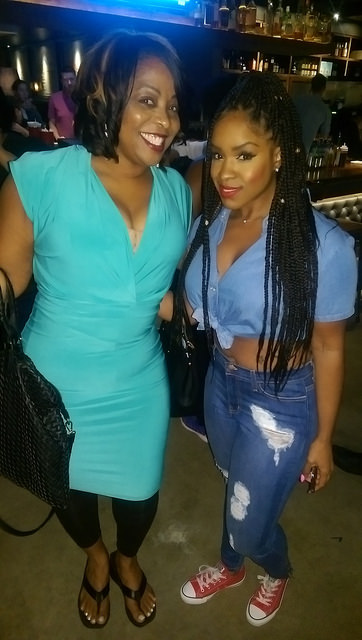