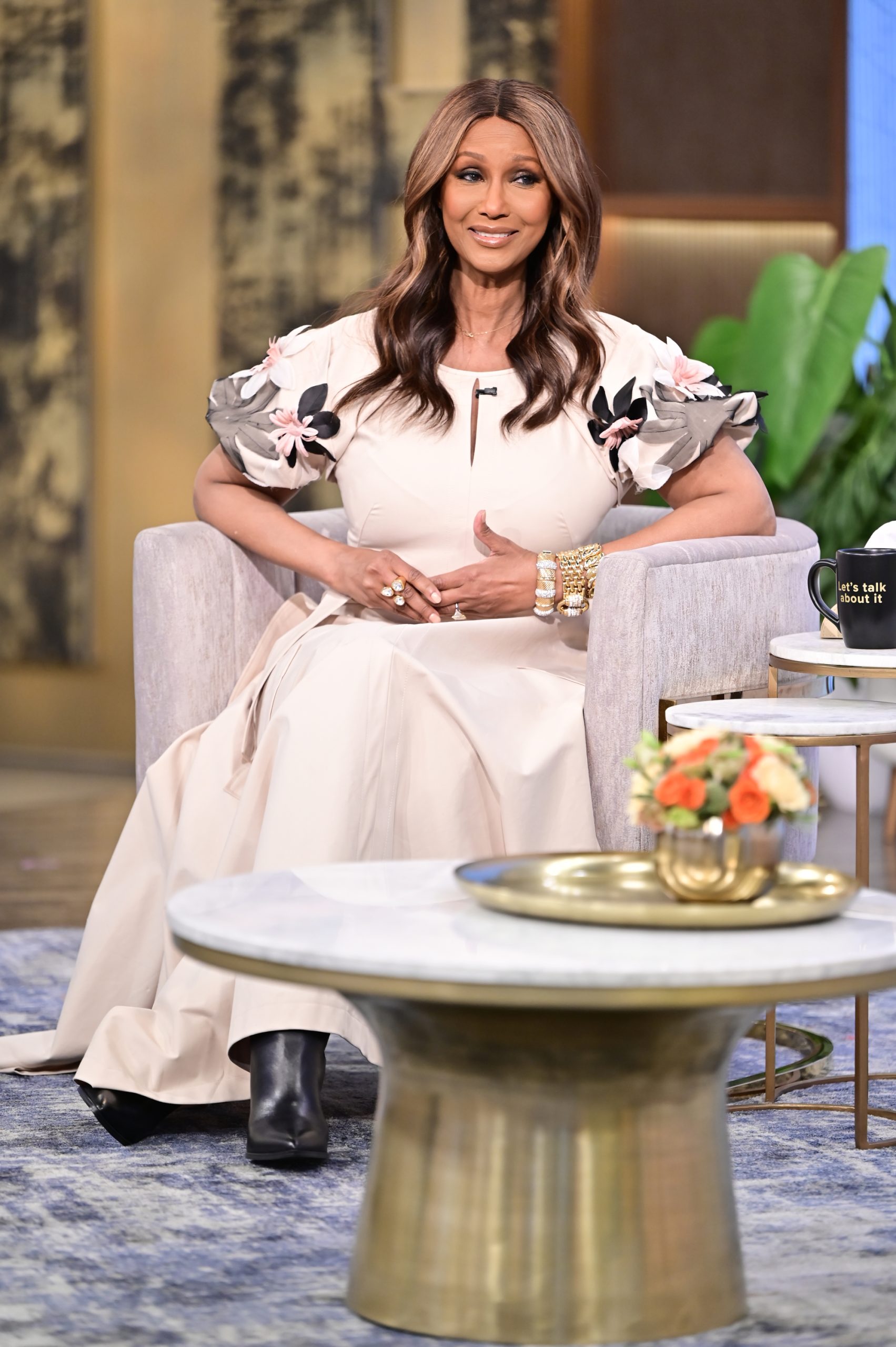 On the Monday, November 22 edition of “Tamron Hall,” Tamron sat down with two beloved cultural icons — supermodel, entrepreneur and philanthropist Iman and TV’s original “Wonder Woman,” Lynda Carter — for a powerful hour dedicated to finding passion and joy following loss. Iman discussed why she decided to honor her late husband, David Bowie’s legacy by creating a fragrance and how the pandemic forced her to face her grief after losing him five years ago. Lynda Carter, who unexpectedly lost her husband Robert Altman earlier this year, later joined Tamron for an emotional interview where she shared that watching Iman talk about her own grief gave her hope and discussed the song she wrote in tribute to her marriage. See the video clip inside… 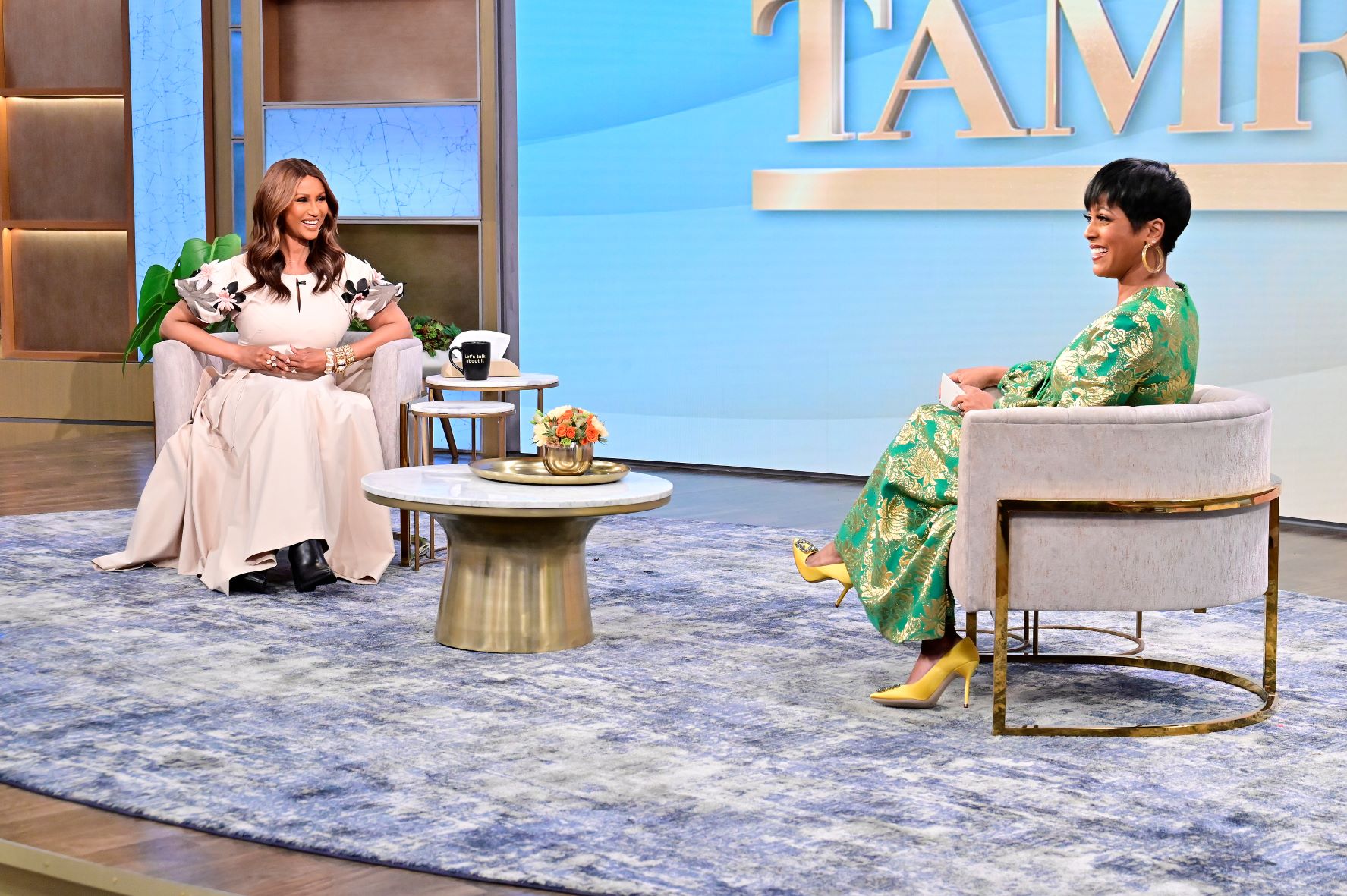 Iman on how being quarantined helped her process her late husband, David Bowie’s death:

“I don’t think it’s unique to me that I have loved somebody and I have lost somebody. But last year was a trying year for all of us, for the individual of us and the universal of us, right? So I went to my house upstate, and I was there, I thought I would be there for the weekend. And of course, like all of us, everything shut down and I was there for the whole year. And I thought that I really processed my grief because it’s been five years. But I also had a teenager who lost her father. So I was helping her like all women do — first is the children, you know that. And so I was helping out with her with her grief  that I actually ignored mine. So there I was on my own and then grief came knocking at the door and stayed for a while.” When asked what “grief” said, Iman replied, “‘It’s time.’ And I was grateful to it because now I was on my own and I was given, like everybody, the time to deal with it. The solitude to deal with it– cry it out, don’t sleep all night, it’s OK. And then it passed.”

Iman on how her new perfume was inspired by David Bowie’s scent:

“Since he passed away, my husband, I started wearing his fragrance on me so that I can keep him with me day and night.

So every room I went,  I still smell him, right? So just going through memories, the memory lane and being on the property on my own and seeing the sunsets that reminded me of Florence where we got married and you know, all those, Bali and you know, all those memories came, came to be, and the fragrance became that.  I call it a fragrance that’s not trendy. It’s a fragrance that has a past.”

Iman on how she dealt with grief and finally accepted David Bowie’s death:

“In looking back and then where I am at, it is also the welcoming of the grief and going through and what it taught me, which is, I always say, I don’t want them to think that it’s just rosy every day. There’s days that are harder than others, but it’s the memories that we have that will sustain us for the rest of our lives when the person who, you know, leaves us and passes away, but it is to hold on to those memories. So now before I dealt with my grief, it was about, ‘Oh I wish he was here to witness, to see this with me, every sunset or I wish he was here to look at this.’ But now it is, I look at it through his eyes as if he’s sitting right next to me.”