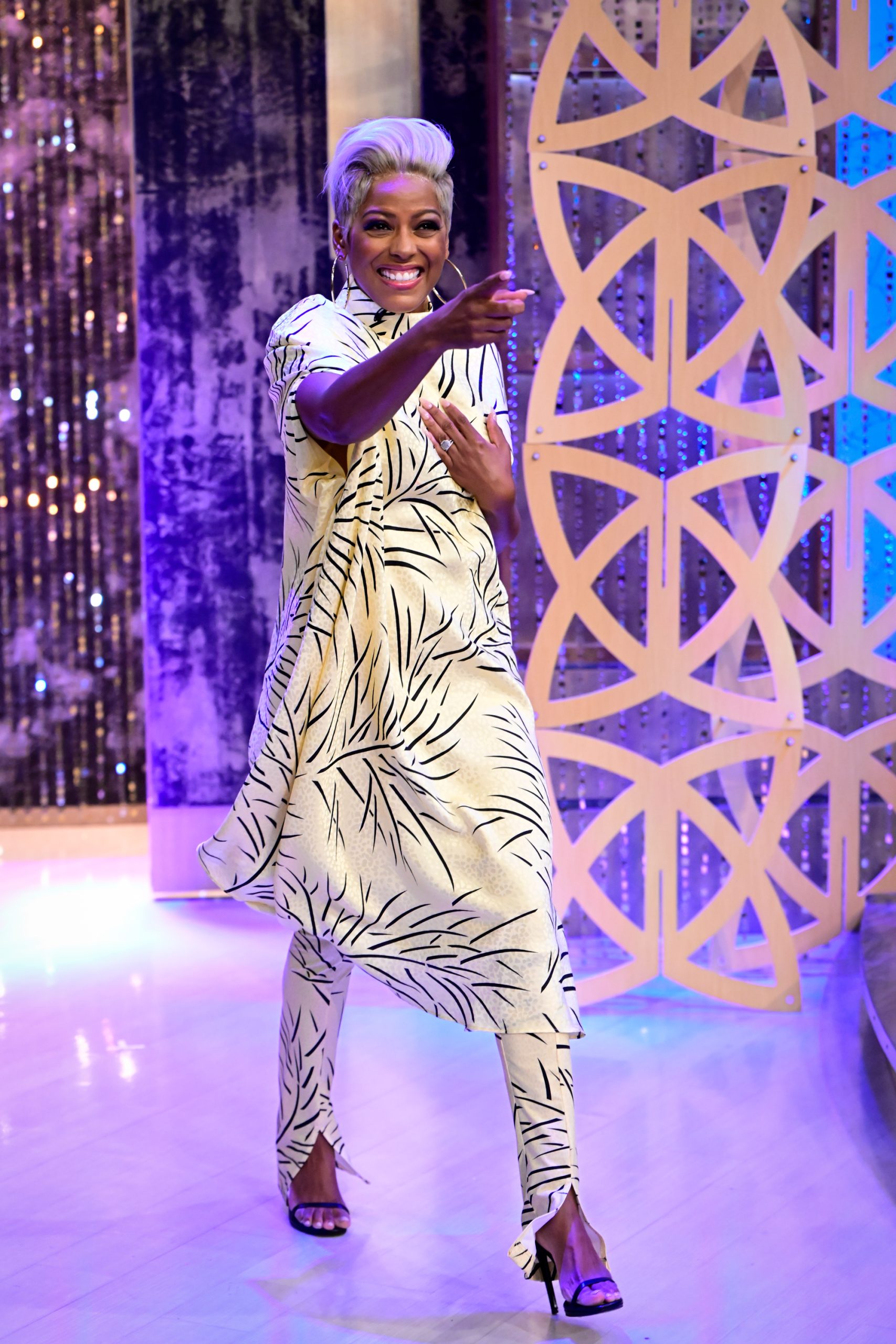 “Tamron Hall” is kicking off her fourth season with a brand new look to match the show’s new “golden hour” theme — a time, described by Tamron, when “we are illuminated inside and out together, where we laugh, discover, become inspired, learn to overcome challenges and live our lives like they are golden.”

I think Tamron is wearing a lace front because my friends that are hairstylist said checkout the hairline, it’s definitely a wig lol! How are we feeing about the blonde hairdo, hmm? More inside and a video clip…. 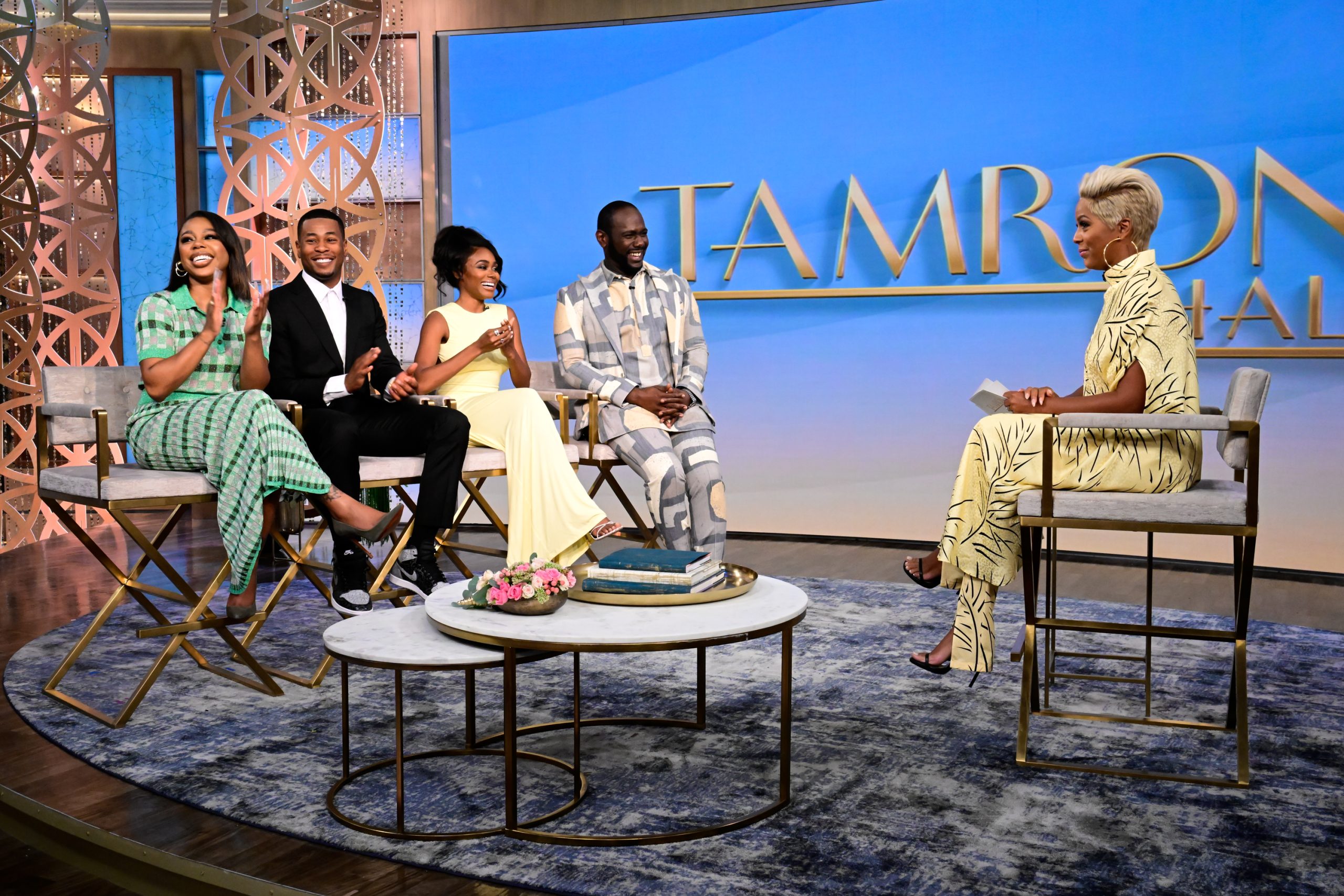 Tamron introduced her first guests, the cast of the hit STARZ drama, “P-Valley,” as the inspiration behind her new hairstyle after being “obsessed” with the critically acclaimed show all summer. The season two premiere of “P-Valley” shattered records and the sought-after cast, Nicco Annan, Shannon Thornton, J. Alphonse Nicholson and Gail Bean sat down with Tamron to discuss the groundbreaking series. Nicholson was clearly moved by the overwhelming love he has received for his portrayal of “Lil’ Murda” and reflected on the moment he met Patti LaBelle.  The cast also discussed the joys of working with Pulitzer Prize winning creator Katori Hall on the series and the importance of the show’s authentic representation of the South and the value of bringing attention to real life issues in the South, specifically the clean water crises in Jackson, Mississippi.

The energy and excitement continued throughout the “golden hour” as Tamron made one young woman’s dreams come true. Princess Grant, a musical theater student with sickle cell anemia, yearned to be on Broadway and with Tamron’s help and her own superb talent, Princess earned a walk-on performance in the hit Broadway show “Aladdin.” Princess and her mom Nichole, joined Tamron after the big reveal to discuss the unbelievable opportunity and experience.

Tamron finished out the premiere show with more giving as her glam squad gave a “glow-up” makeover to a deserving assistant principal, Caren Gandelman. Following the big makeover reveal, Tamron surprised Gandelman even more with a Disney Cruise Line giveaway for her and her family. 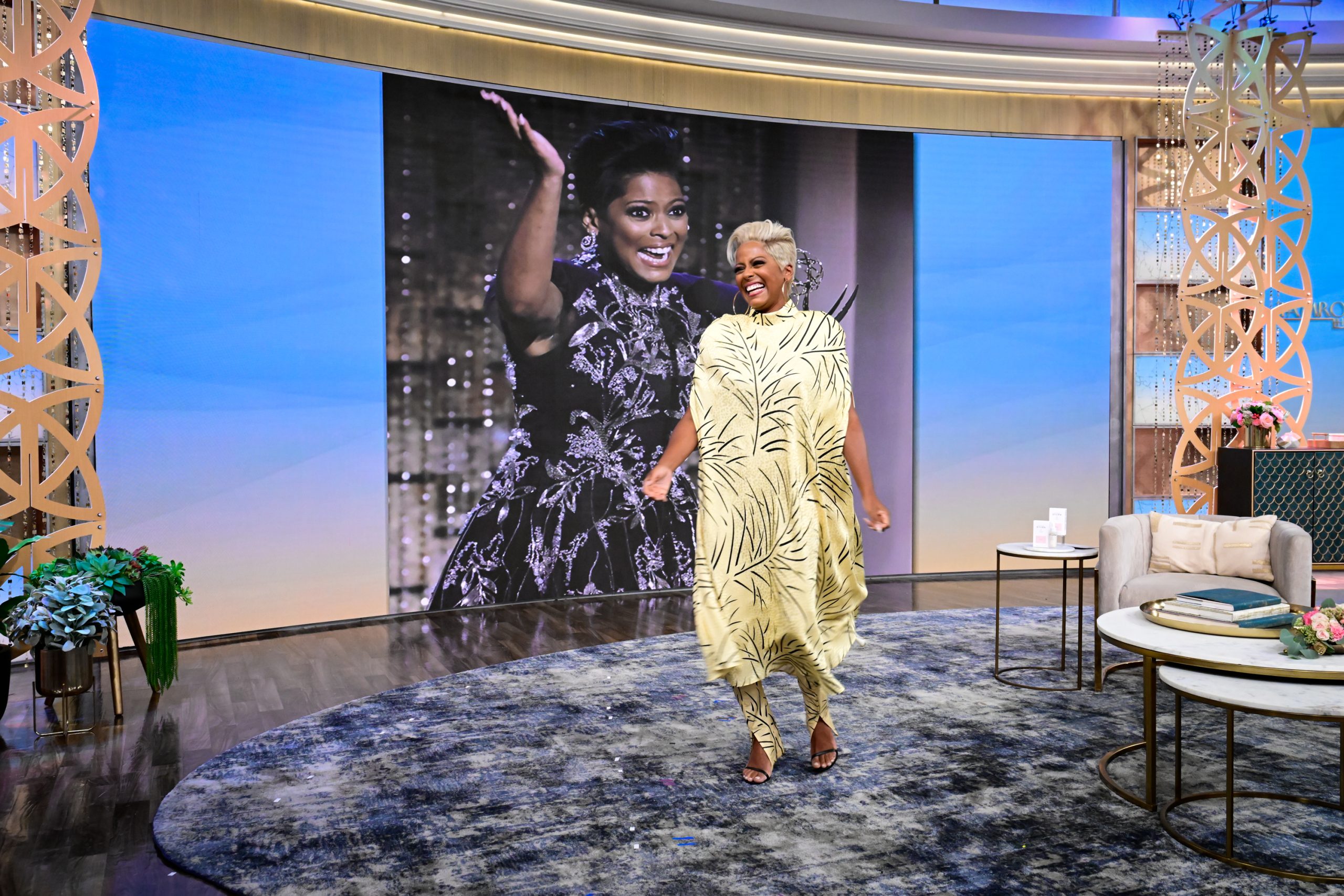