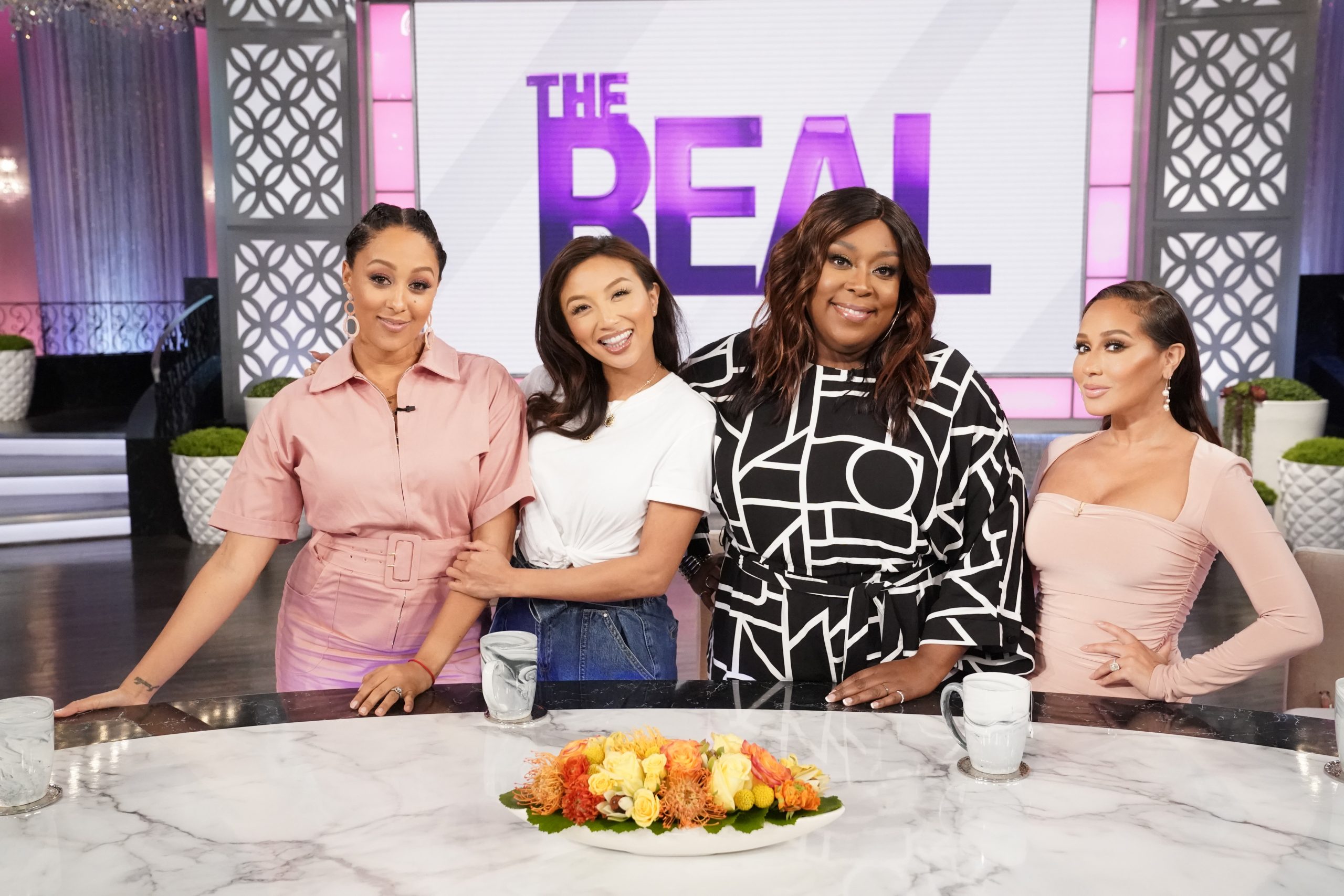 On Thursday, March 26, on an all-new The Real, the ladies discuss why most people feel obligated to share their relationship statuses on social media.  Co-hosts Loni Love and Jeannie Mai explain why they decided to go public with their respective relationships when they did instead of keeping them private.

And, when is the right time to voice your expectations regarding sex after entering into a new relationship? Loni prefers to get the topic out into the open pretty quickly and gives an example of how she thinks that conversation should go. Meanwhile, Jeannie and co-host Adrienne Houghton would rather see what their new partner has to offer in the bedroom first!

And, co-host Tamera Mowry-Housley confesses she can be so loud in bed that her husband Adam often has to assist her in containing her boisterous outbursts. Surprisingly, his actions have the opposite effect! Check out more pictures and a video clip inside… 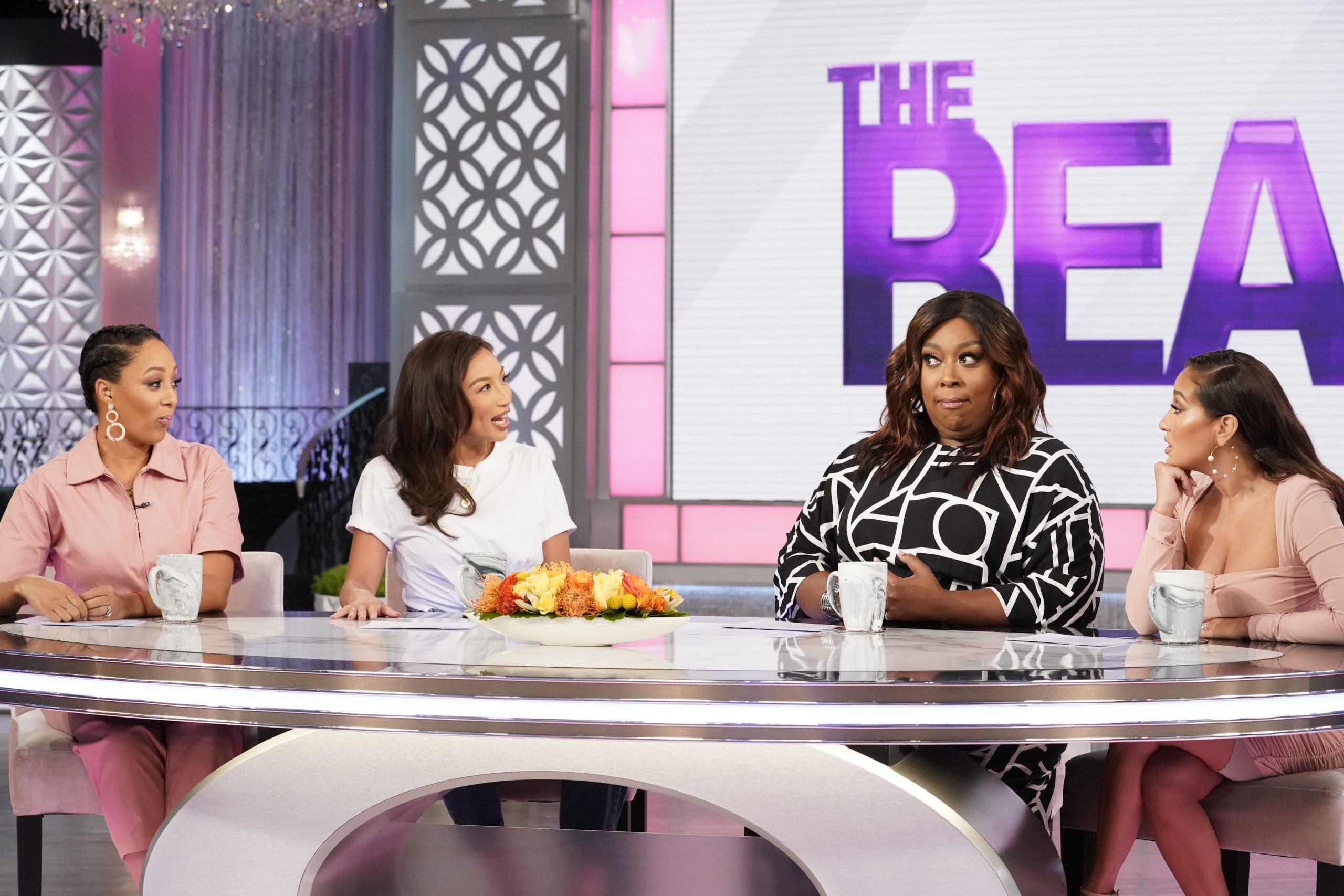 Jeannie Mai: I would have loved to stay private about my current relationship. But, it became, um, it became weird to have to bob and weave and hide.

Jeannie: Something that’s happening that’s so organic and natural.

Jeannie: So, we were actually dating for a whole year and then we went public. So, people flipped out because it felt too soon too quick.

Loni: Yeah. And they don’t know because they– it ain’t none of their business!

Jeannie:  ‘Cause they don’t know. Right!

Jeannie: (To Loni) How long did you wait before you shared James?

Jeannie: A year. So, you guys did the same thing that we did.

Loni: Social media, to me, is not my life…

Jeannie: So, you didn’t even hide it.

Tamera: But, did you tell…

Loni:  I’m not about to let nobody, no stranger, control my relationship and tell me something.

Adrienne Houghton: But, at some point you did. So, why?

Loni: Well, because the fact is, you know, I’m on a show. It’s something different. I’m talking about, if I was private I probably would have never out him on… until I got married… if I get married…

Tamera: Would you tell some of your friends?

Tamera: Loni, I have a question.

Adrienne: Never heard that before.

Loni: And, more importantly… let me tell you what happened. My E.P. ran into a party with me. It was Dr. Drew’s party, and I didn’t know that she was gonna be there. I would never had James to come.

Tamera: So, that was my question for you. Did you not even tell some of your friends? Your mom?

Loni: No, my friends knew.

Loni: But you guys, you know, you all summer. So, in Summer we don’t really contact each other.

Jeannie: That’s the same thing that…

Loni: So, all this was going– (To Jeannie) yes. Thank you!

Jeannie: When Malika took the picture at my birthday party and posted it, we were so bummed about that ‘cause…

Adrienne: Who told you about it?

Jeannie: Who told? (To Adrienne) Did you?

Adrienne: I said, “Yo, Jeannie, there’s a picture up on Instagram and I’m pretty sure it’s not supposed to be there!”

Tamera: Who posted it?

Jeannie: And I saw it up…

Loni: The Shade Room got it and they were basically… outted.

Jeannie: (Runs over to Adrienne and hugs her) Friend! You’re a real one! Oh my God! I totally forgot! Thank you! 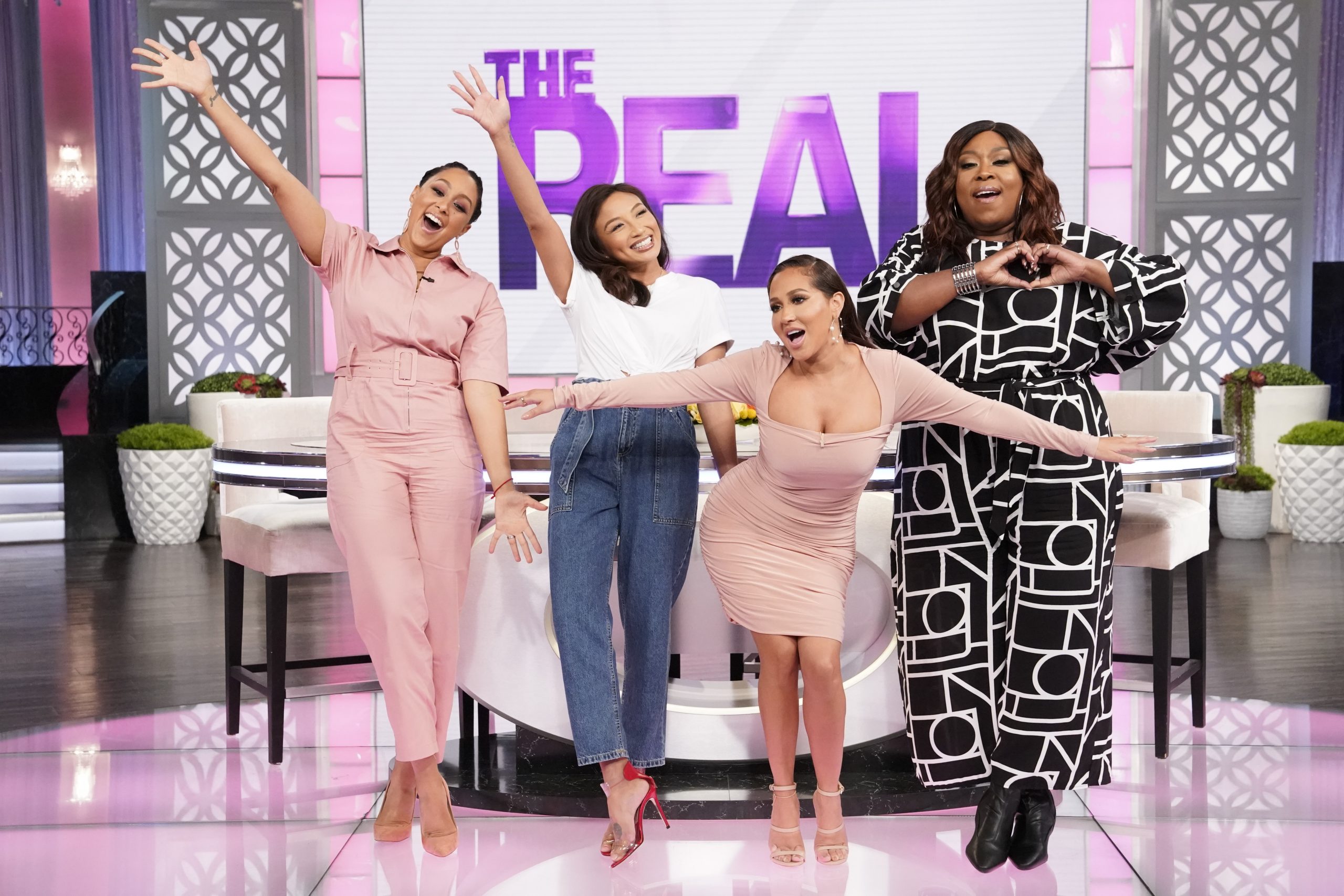