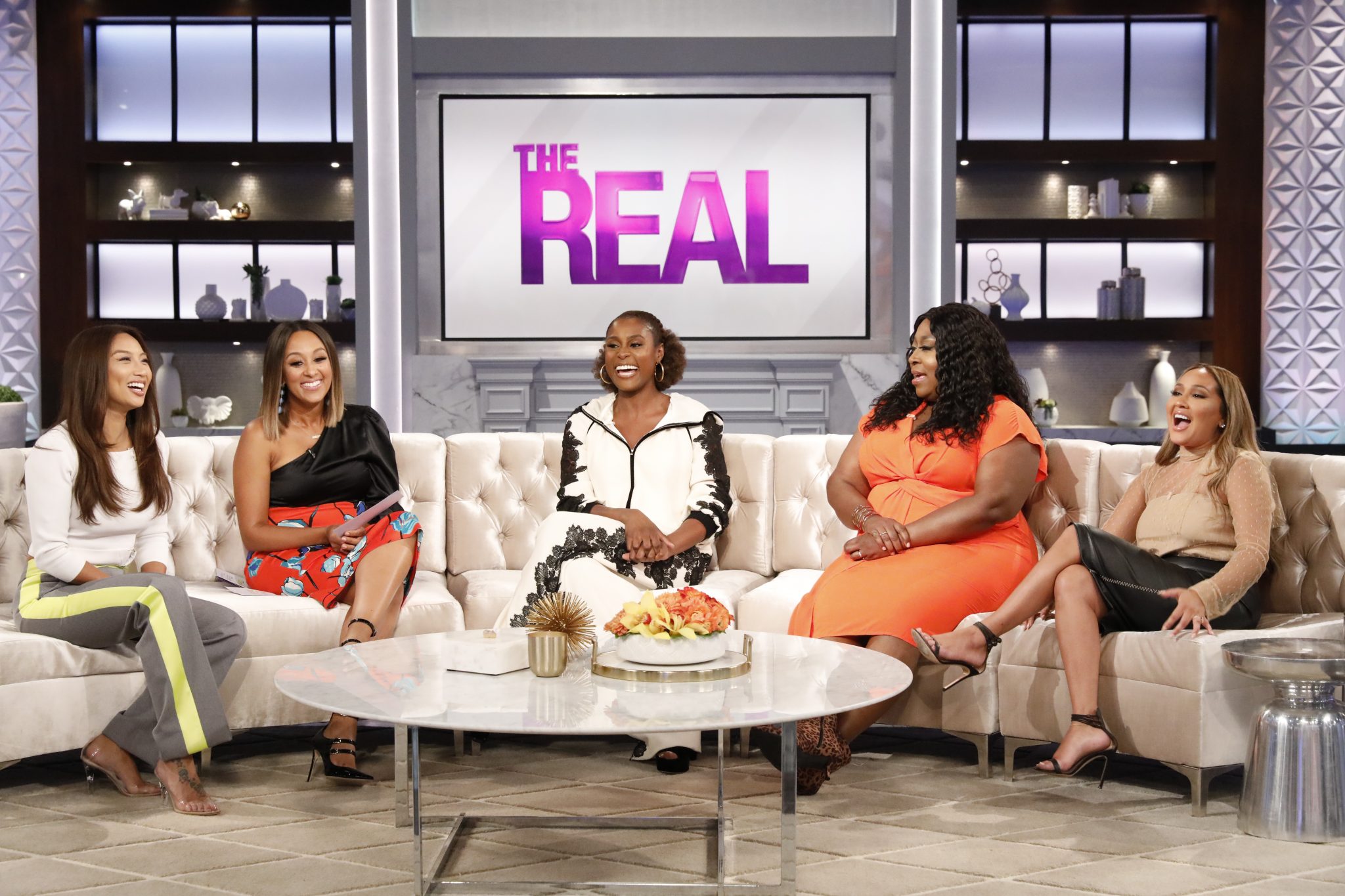 On Thursday, Sept. 20th, the ladies of The Real celebrate Throwback Thursday by bringing back The Girl Chat Wheel! A lucky audience member is invited to spin the wheel to choose topics for today’s Girl Chat! Co-host Loni Love talks about the inspiration for the #LoniLossChallenge over the summer, while co-host Tamera Mowry-Housley discusses her emotional reaction to sending her children to school for the first time. 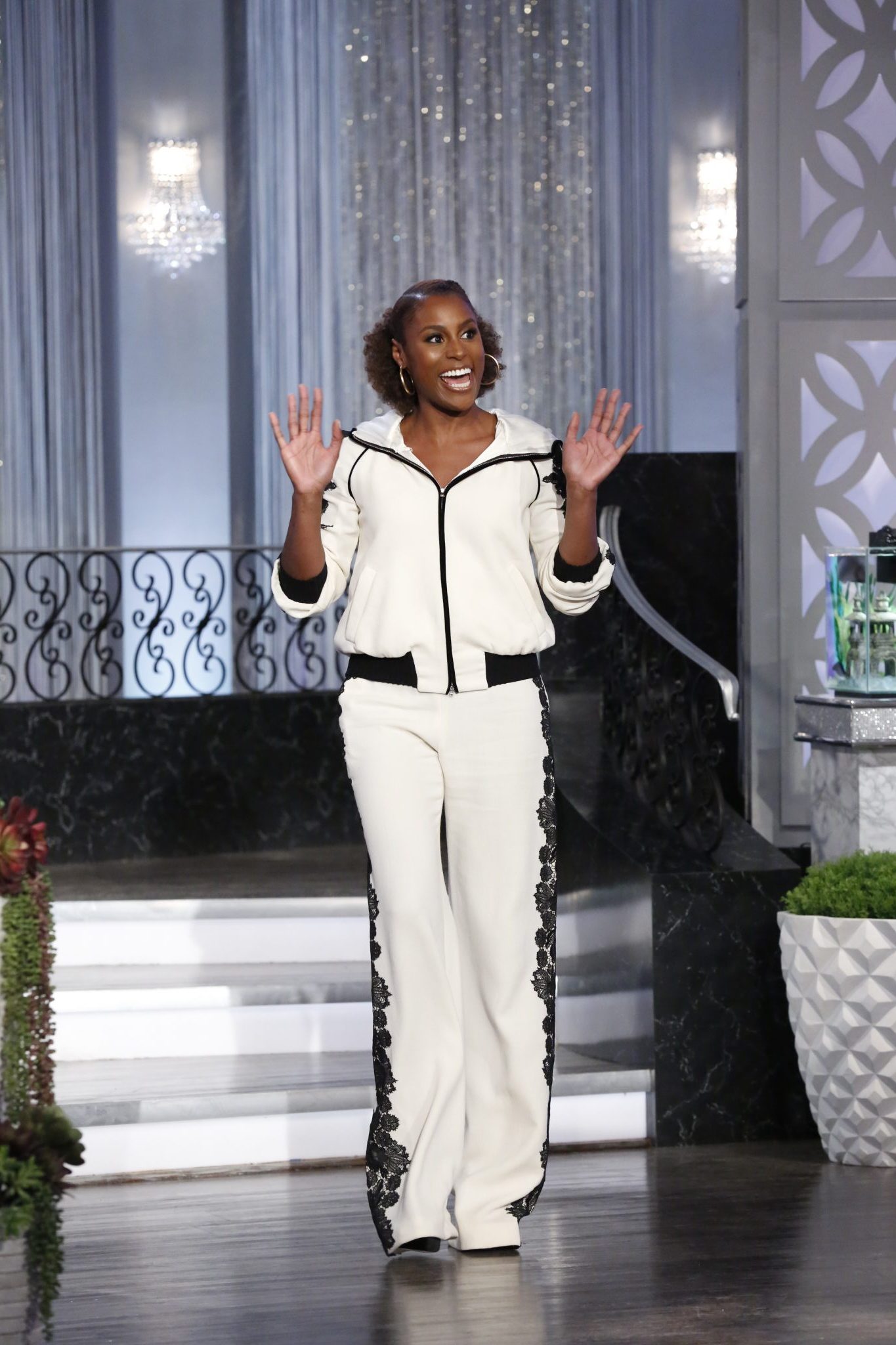 And actress, writer, director, and producer Issa Rae visits The Real for the first time, to spill the tea on the best work advice she’s gotten and what she would have done differently this past year. She also talks secrets behind the scenes at Insecure and the most awkward scene she’s ever done!

Issa Rae’s First Visit to The Real And She Spills All The Tea!

Adrienne Houghton: What’s the best advice you’ve gotten for being in the entertainment industry?

Issa Rae: Definitely from some boss woman, just “Don’t be afraid to be a bitch…” has been a big one…

Adrienne: Yeah, keep it real! Have you ever used this advice?

Issa: I love everyone, and I’ve used it in the sense that I’m not – you know, sometimes you feel like you want to be too nice and you don’t want to make anybody upset –

Issa: In that sense I have – you know, if you want to get something done, you can’t be afraid to ruffle feathers.

Issa: If it’s part of your vision, ‘cause as women I think we tend to think about that, like how we’re perceived, and you don’t want someone to write you off. So in that sense, yes, but have I been like mean, excessively mean to anybody? No, not that I know of.

Loni: Now there’s a rumor that the phone numbers used on the show are all real numbers.

Issa: They are real numbers. You know we didn’t realize – well, no, we didn’t – we didn’t have to address this until like this season because one of the characters – you know, he’s fine. Kendrick Sampson, shout-out to him, he plays a character named Nathan, he said his number on the show and people started dialing…

Issa: And they were like, “I called this number and it goes to the library!” All the shows – all the numbers on the show lead to the library! ‘Cause it’s like – you should read too!

Tamera: Oh, I love that!

Adrienne: There’s a message there!

Tamera: You’ve said as a whole you are very proud of this particular season. Is there anything that you would do different?

Issa: Whoo! I think most of my things come from behind the scenes. It’s been so arduous, like you’re working constantly around the clock – as you guys know – and I think I would just take more time to take it in, and have fun. I was just really, really stressed out this season.

Issa: Personally? You’re working 15, 18 hour days – it’s everyday, we were sometimes working on weekends ‘cause we didn’t make our days, and you know, you’re doing all these other things, and I felt like I didn’t – I wasn’t “in it” enough like “This is fun!” like it should be fun.

Loni: You wasn’t enjoying the journey.

Issa: I wasn’t enjoying the journey enough, and going back, I would be like you know, I would take it in a bit more.

Issa: What was the most uncomfortable scene? We shot a scene this season where… it was like a bed scene, right? And… love scenes aren’t bad ‘cause we’re all goofy on the show. But we had to like eat hot Cheetos in bed, and I do not mess with eating food in the bed.

Issa: It was so disgusting. But I’m like a hot Cheeto fanatic – I’m actually five years – six years sober – from the hot Cheetos. So I had to like put ‘em to my lips and… in bed and have crumbs under the pillow and I was like, “This is nasty, there could be roaches under there,” I’m just too neat about that. So that was uncomfortable, to have Cheeto dust under my fingers and tasting it…

Jeannie: On my lips, being sober!

Issa: On my lips. Yes, being sober!

Adrienne: On the other hand, I’m so uncomfortable hearing that, because everyone knows I love to eat in bed, and I love hot Cheetos.

Jeannie: Of course, she knows, we’ve told her.

Issa: You’re living the life that I want. 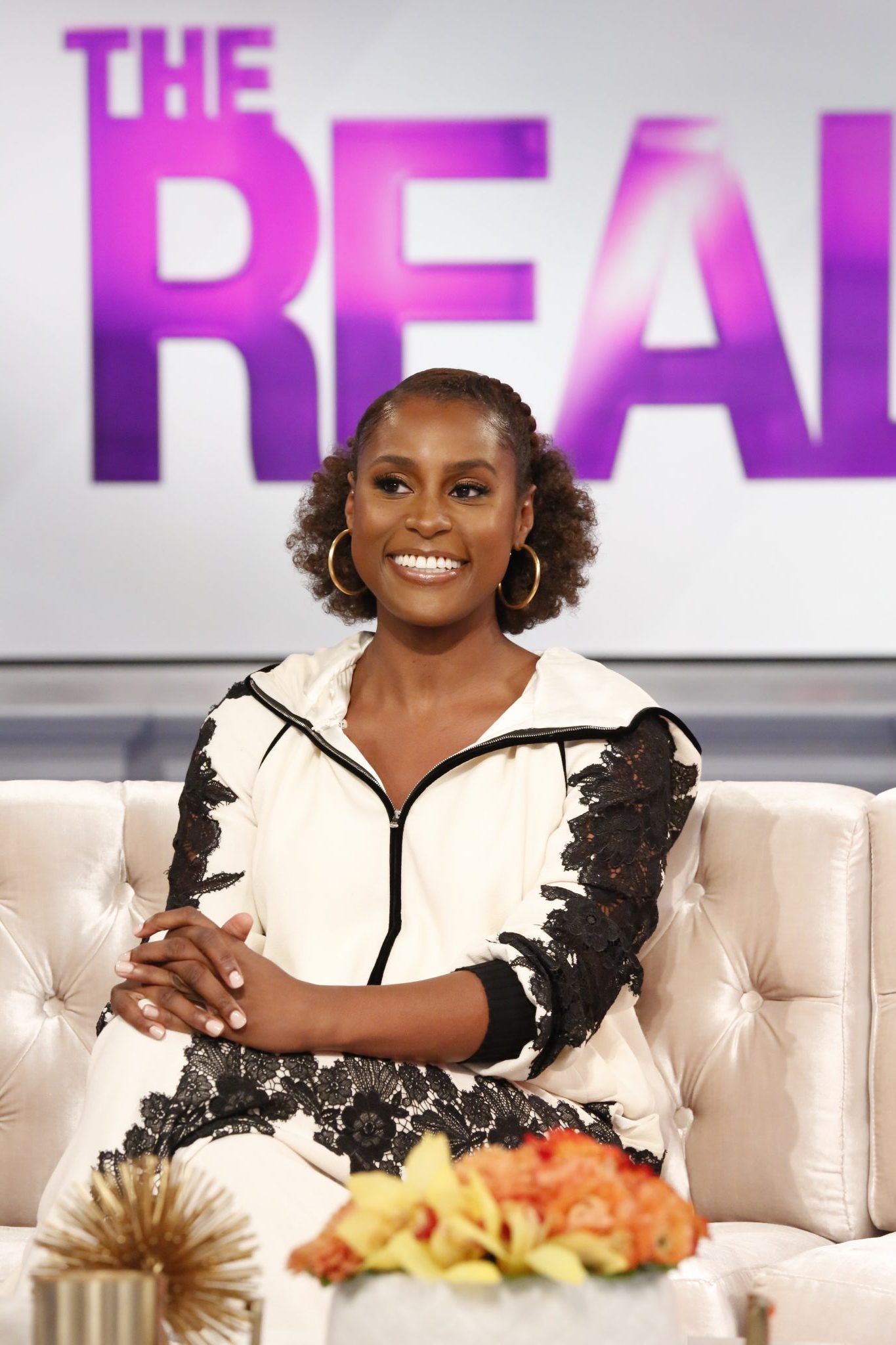 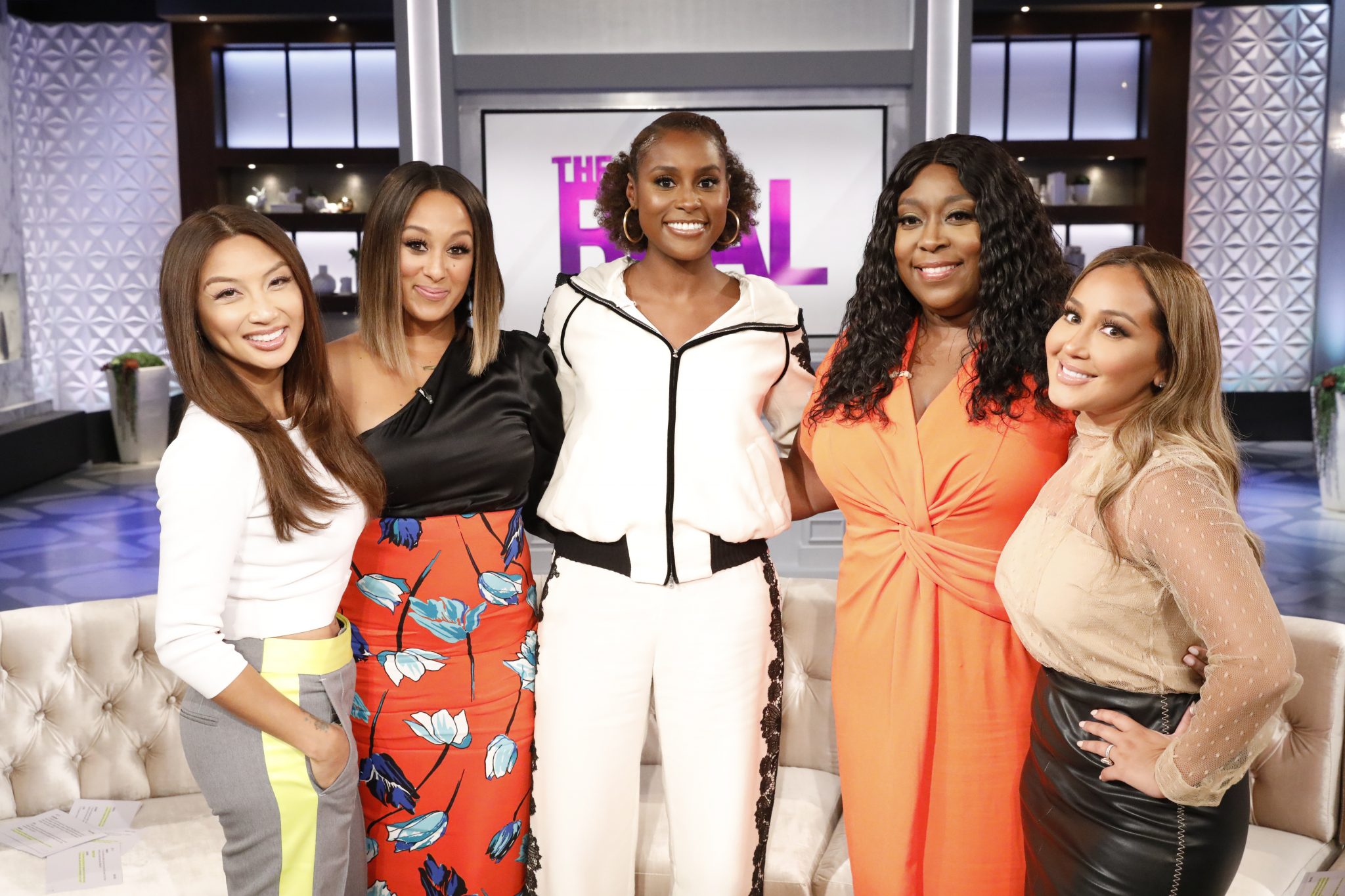