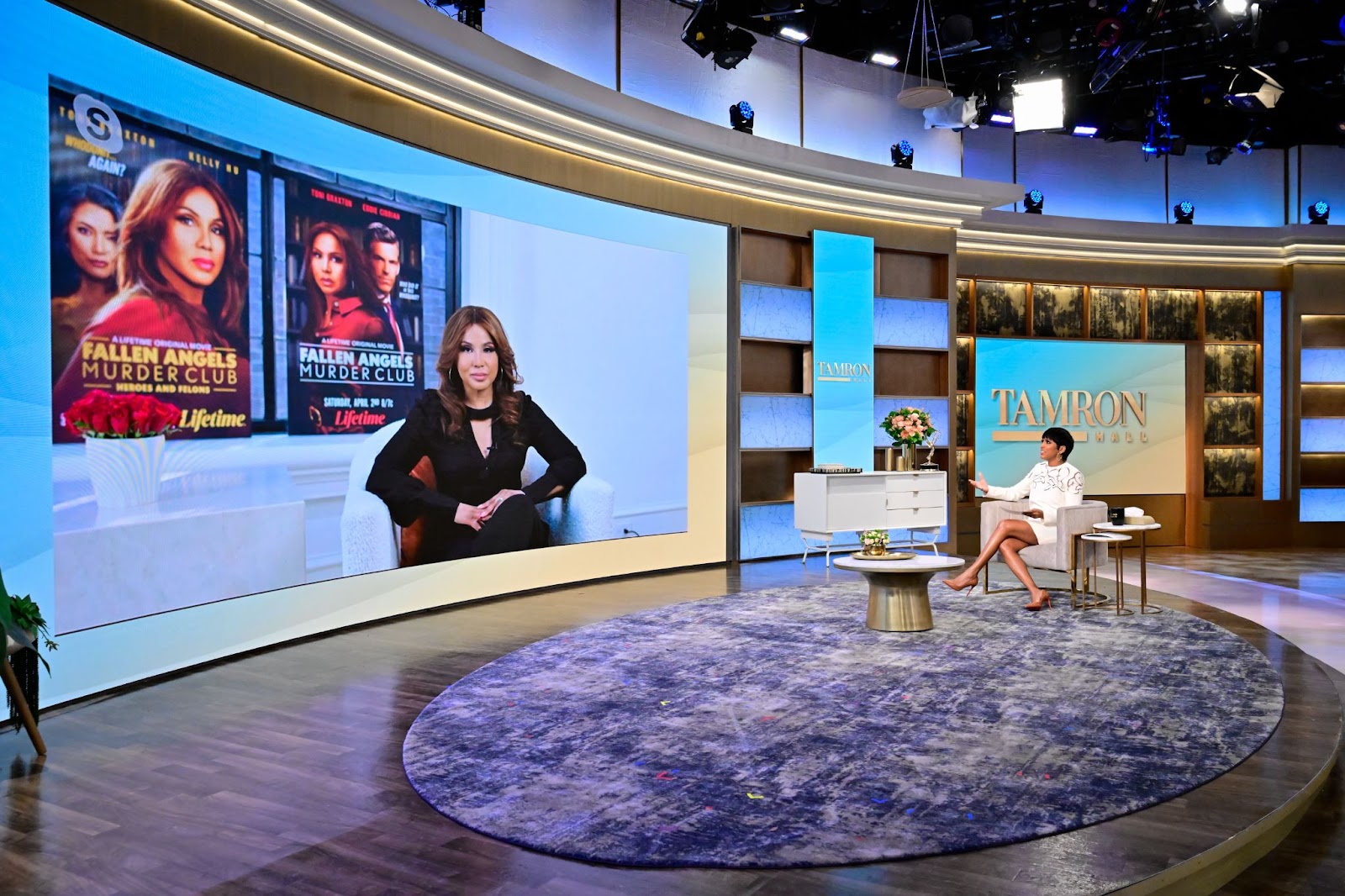 On the Tuesday, March 29 edition of “Tamron Hall,” in a daytime television exclusive interview, singer Toni Braxton sits down with Tamron for her first television interview following the death of her sister Traci Braxton earlier this month. In an intimate conversation with Tamron, Toni opens up about her sister’s battle with cancer and shares how she is coping in the wake of her loss. Braxton also discusses her new anthology movie series on Lifetime, “The Fallen Angels Murder Club.” Later, Simone Ashley, the star of season two of Netflix’s hit series “Bridgerton,” joins Tamron to dish on the new season and shares her experience stepping into the leading role of the hit series. Hear what Toni had to say inside…

Toni Braxton on the signs her sister Traci sends to her after passing away:

“I’m a rain girl, I love when it rains. My sister Traci, she loves when it snows and she died that morning when it was actually pouring down snow in Virginia. So my sister is now a snowflake. And her favorite bird was a hummingbird and I saw a hummingbird the other day and it just kind of flew around and kind of suspended itself and I was like ‘Traci?’ and it started bumping and going up and down. So that made me feel so much better, I felt like she was trying to say hello to me.”

Toni Braxton on the bond she and her sisters share:

“We’re so close. We’re more than sisters. We’re kind of like twins, I like to call it. We’re bound together by more than just DNA, by blood and it is just something special that my parents did such a fantastic job raising all of us together making us so close. And so to lose one makes it a little more difficult sometimes. I wake up every morning and I go, ‘Did I dream it? Did I dream it?’ and I have to remind myself ‘No, she’s gone but she’s been here with us for 50 years.’ So I try to relish in that moment and try to smile about it and just be grateful for the time you have and you have to always remember to be kind to one another. We’re sisters, we’re always gonna fight. That’s what sisters do, okay, it’s a rite of passage to fuss and fight but in the end, we’re always there. We can be fussing and fighting with each other even on the show and we’d be right there, ‘Okay, I’m bringing the kids over’ and not talk to each other, but we’ll be cooking together. So it’s just a rite of passage within your family, that’s what you do but in the end, we were always together. We always loved each other. And we’re just very fortunate to have had my sister with us for as long as we did.”

Toni Braxton on her sister Traci’s last moments surrounded by everyone who loved her:

“Her [Traci] and her son were so close, her and her grandson and her son’s wife. We were just a big family. We were all there. Her son was there, husband was there, everyone was there. Her best friends were there, everyone was there with her. She had so much love. The hospice nurses were incredible. You never think that it’s going to happen to you and your family. So you have to remind yourself to enjoy the moments, be happy and it’s okay if you fuss and fight but just enjoy the moments and try to just smile and be happy. Be kind to one another. I’m okay today, so it’s okay. It’s not my best day but it’s an okay day, you know. I’m happy that I’m here and I’m happy to get to talk about her and her birthday is coming up soon on the second and my sisters and I are going to celebrate and have a big Traci day thingy. So I’m excited about that. The producers and the director of the show [The Fallen Angels Murder Club], I mean brain power, I should say, and the director of the show Rhonda [Freeman-Baraka], are fantastic they let me leave three days early when we were shooting the film because my sister was really ill towards the end really, really ill and they thought she wouldn’t make it through Thanksgiving, they thought she wouldn’t make it through Christmas, they thought she wouldn’t make it through the new year and she made it through March so you have to celebrate that you know”