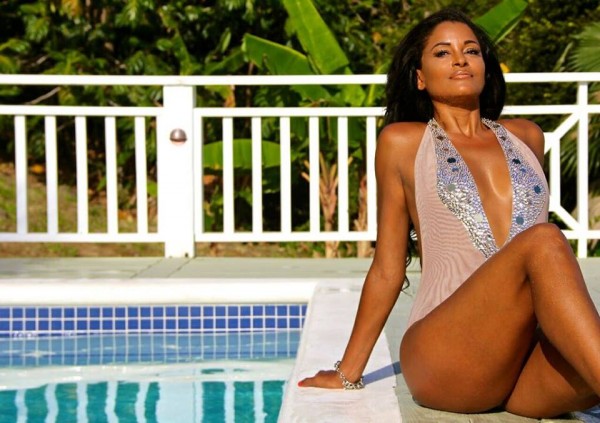 So you don’t say! Today Actress, Radio Personality and Reality Star Claudia Jordan made an announcement that she is leaving The Rickey Smiley Morning Show! I was the FIRST to give you guys the tea about her and Rickey’s strained working relationship and how they didn’t get along plus how difficult he is to work with! A few months ago I blogged about it (here) and (here) and noone really picked up on the story…hmm? Bigger bloggers and other news outlets hate to give credit where credit is due, and especially if they didn’t break the story first! Check out what she had to say in her statement after the jump… 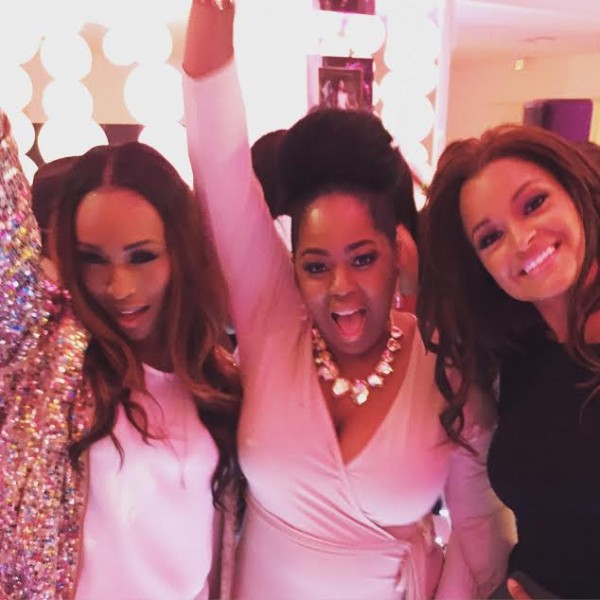 (Me Cynthia and Claudia at Noelle’s Sweet Sixteen last month)

TWT TEA: Its always been trouble in paradise over there but I was considered by Claudia to be a liar and that I was not a true journalist and didn’t do my fact checking properly lol. That’s atleast what she put on her instagram after I posted my story but little did she know, I didn’t have to do that much investigating because my source worked right there with both of them that told me all about it. Afterwards, Claudia and Rickey went on this pr stunt and damage control campaign posting pics together on social media acting like EVERYTHING was a-ok but I digress!

Last night she said she is stepping out on faith for more opportunities and I don’t blame her. She then stated, who would want to work in a “funky nest” anyway ouch! While out in Los Angeles, another media source revealed to me that Claudia truly did get the ax from The Real Atlanta Housewives too. Wow! On Rickey Smiley’s radio show website, her picture has since been removed…Welp! I love Claudia and she has lots of spunk. To be honest, I’ve seen her out since I broke this story about her and Rickey, she seemed fine and told me that there was some truth to my blog post, see! She’s such a sweet girl, I know she will be ok. Don’t ever work or be around someone that makes you feel less than, you deserve happiness and peace!

Here is Claudia’s statement via her Facebook Fan Page:

Hey friends and fam. I just wanted to make an announcement here for all that have been supporting me in all of my jobs, ventures and adventures. After working on The Rickey Smiley Show for a year I am moving on to more opportunities. There are a whole lot of things I want to do that will better showcase my talents, personality, intelligence and wittiness and I’m ready to pursue them! I’m grateful to Reach Media and to Mr. Smiley for giving me the opportunity which in turn helped me have a reason to be in Atlanta to be on the Real Housewives of Atlanta which was another amazing opportunity that has brought me nothing but more exposure, more checks and more opportunities in film and many other things.

To those that rode with me through the storm when I was trying to adjust on the show with conflicting advice coming at me from all angles-I thank you. To my critics-I thank you also because you pushed me and motivated me to do better. I know I’m the second female co-host to depart in a year but I have total confidence that they will fill that spot with someone that will do the damn thing and be able to stay forever! I’ll miss the crew and made some real friends on the RSMS and I wish them the best.I also want to publicly say THANK YOU to Ebony Steele who was a total class act to me when I first started and has continued to check up on me and has truly shown me sisterhood despite everything. I can not wait to see her next move also. She’s talented and a radio star! But lots of things are cooking as we speak and I’ll post where you can catch me next REAL soon! XOXO CJ

One thought on “TWT TEA: Claudia Jordan Quits The Rickey Smiley Morning Show! I Was Right!”