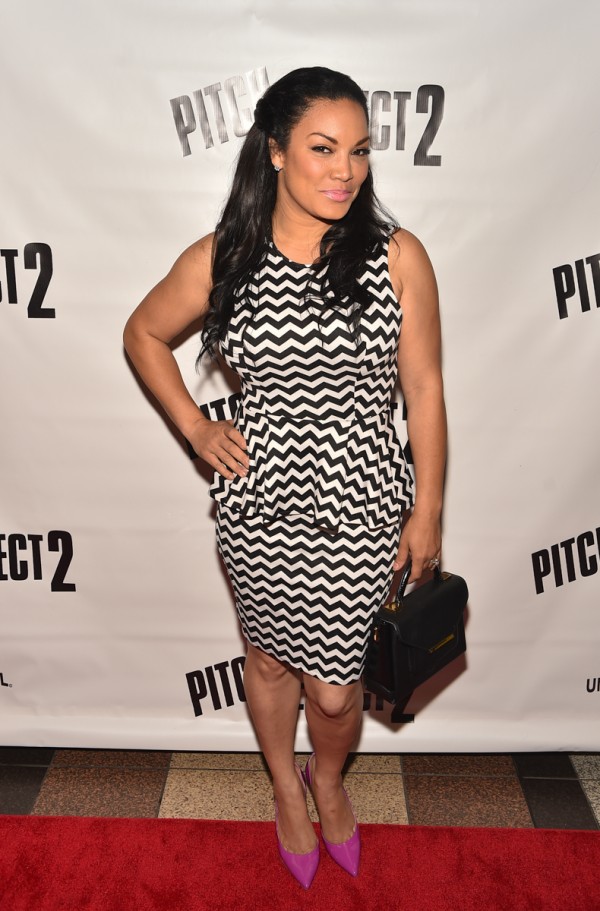 I think I might go into being a private detective when I get a bit older but to be honest, I’m not that curious about people’s lives all like that lol. I am, although very observant and noticed something very strange from just a few months ago! Come inside to get the tea from what I observed from radio/tv personality Egypt Sherrod… 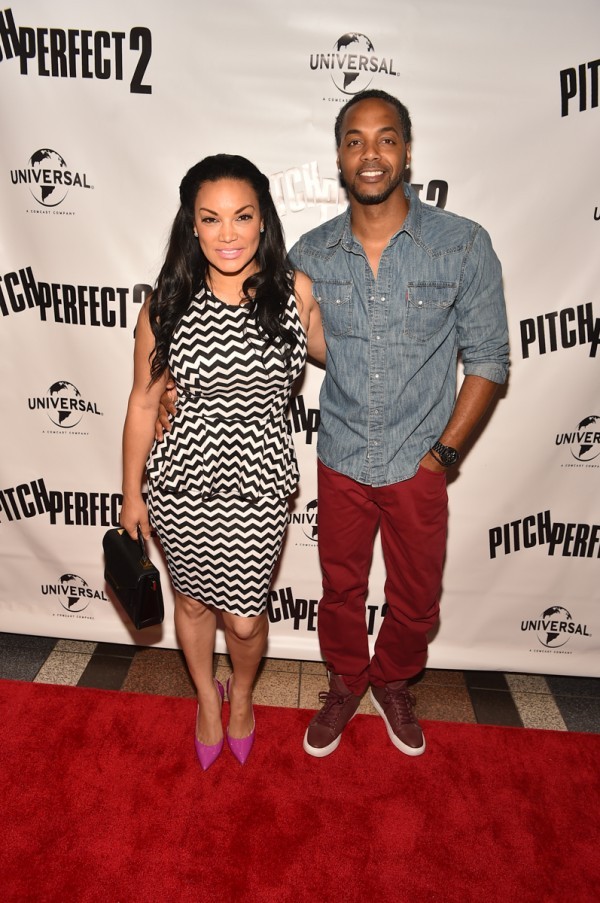 Now first off, I want to say this is all “alleged” but I think it makes total sense and I kinda know how Bravo’s Housewives franchise works. I moved to Atlanta in 2005, if I am not mistaken The Atlanta Housewives started in 2007, but don’t hold me to that but I don’t feel like looking it up right now either lol. Ok, so I remember when radio personality Egypt Sherrod moved here back in March of 2011 and she was making her way around to all the events with her hunky hubby, meeting and introducing herself to everyone in media. I liked her right from the jump!

She then got a job on Atlanta’s popular radio station V103 in mid March 2013. She did a great job but that contract ended in March 2014. She also got a hosting job on a HGTV show. The first show was called Property Virgins and now a brand new show is coming called, Flipping Virgins. The girl has been working and has built up a great fan base.

TWT TEA: I have just been noticing lately from observing pictures online, that Egypt and her husband (who is a professional dj) have really been hanging out with a lot of the cast members from Atlanta Housewives… hmm?  I’ve never really known her to hang out with any local celebrities and usually she is with her husband or her family when out. They have two adorable little girls and are always together. Everytime I have seen her, she is always so fun to talk to and takes the time to say hello. I am just wondering if she is going to be one of the new cast members for the new season of Atlanta Housewives? Bravo likes to get all the girls familiar with new cast members and I have just been sitting back and watching it all unfold.

I was sent an email recently to try out for the new season and I respectfully declined ofcourse. That show is a lot of work and that’s just not my thing but I think that Egypt would be a great addition to the show. She has a lot going on but I also would hate to see them drag her through the mud too. Will she be added as a sidekick or as a real housewife that holds a peach? She may come on as Kandi or Claudia’s girlfriend since thats who she has been seen hanging out with but time will tell! They’re looking for an actual “housewife” this season too. I do want to tell you this Egypt, if you are reading this. Be careful and proceed with caution. Read over your contract throughly and do know NOONE is your friend, we all can contest to that and don’t trust the producers either. Trust nobody! A source once told me once that the producers go through your personal mail, bank accounts and need to have full access to your children. Ain’t no damn way I’m going to have someone sift through my private mail/letters, bank accounts and be in my innocent children affairs, just to find drama and information to put on blast for no tv ratings!

Although Egypt is promoting a new book she has out now, has that HGTV show to promote and more, I just don’t know if its worth it. Some ladies do very well with reality shows and have gone on to do some remarkable things, while others leave feeling used & abused and we all can see that it puts a strain on your marriage. Most end in divorce. Whatever you may have did in the past, comes to the light and whatever you may be going through is magnified to the tenth power once the world starts watching! Be careful Egypt but I’m sure you’re a smart cookie and will make the best decision for you and your family. Time will tell how this pans out. Till next time!  xoxo 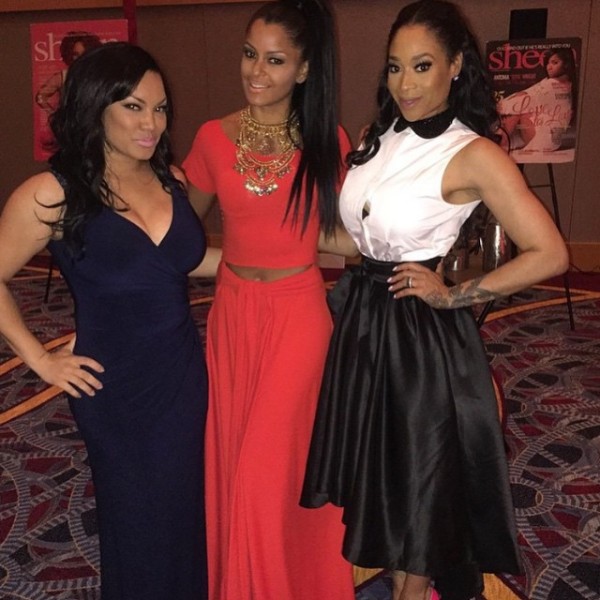 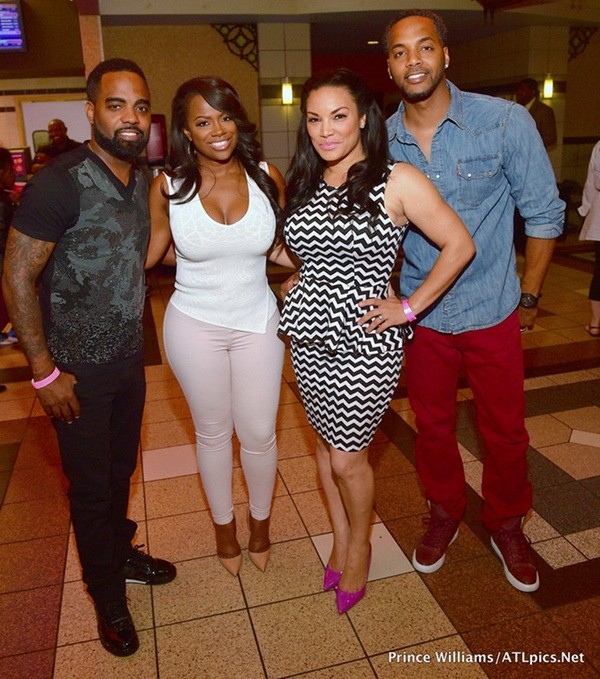 Egypt and husband hanging out and posed up with Kandi & Todd at The Pitch Perfect 2 Advance Screening on April 27th, 2015 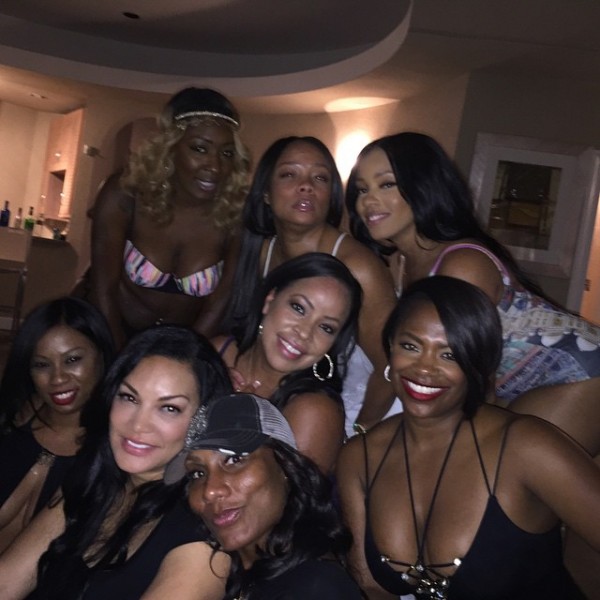 Egypt spotted and hanging out with Kandi at her home for the Floyd Mayweather/Manny Pacquiao fight on May 2, 2015

2 thoughts on “TWT TEA: Is Radio/Tv Personality Egypt Sherrod Going To Be The New ATL Housewife?”