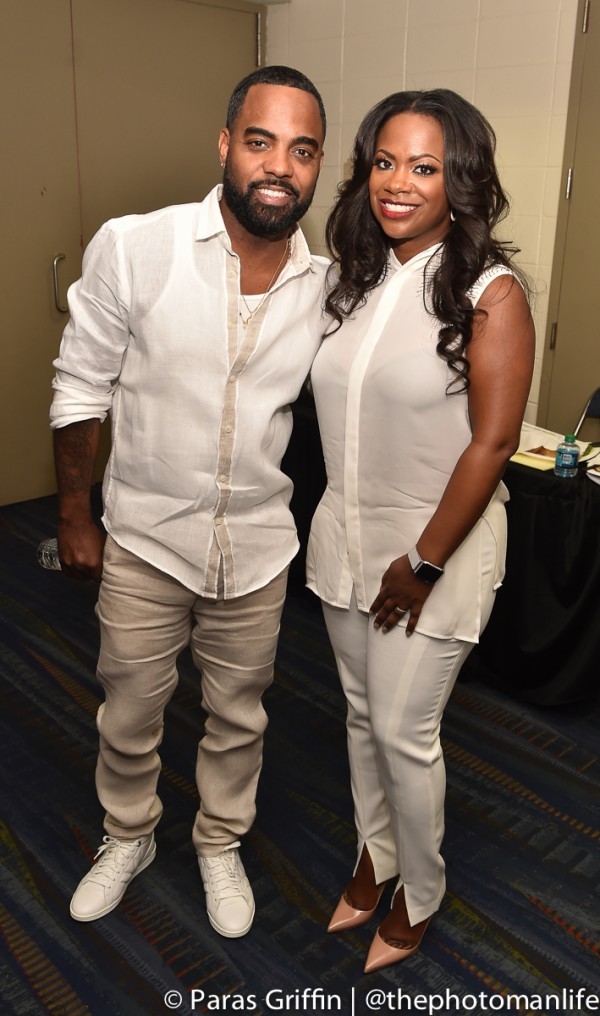 Congrats are in order for Kandi Burruss and husband Todd Tucker. According to E! news, and my very reliable source, these two lovebirds are expecting their first child together, awh!!! I was holding my tea before I put them on blast but I think I can go ahead and spill the beans now!

TWT TEA: A few of my friends were at the Essence Festival a few weeks back and said she was looking pretty swollen in the face, thats a dead giveaway lol. I have NOT seen Kandi at any events here in Atlanta either and we all know that she loves to party but I think that she is laying low! She kinda shy’d away from the cameras too at Essence. It will be Todd and Kandi’s first child together, both have daughters from previous relationships. Kandi has a daughter named Riley(By Russell Block Spencer CEO of Block Entertainment) and Todd has a daughter named Kaela who’s grown now. On The Real Housewives of Atlanta both had always said that they were both excited about starting a family together. If true that they are expecting, I know their baby will be cute as a button, they make such a cute couple! They were married on April 4th, 2014 (click here)

“We’re so thrilled to announce the news of our bundle of joy, it’s a dream come true,”.